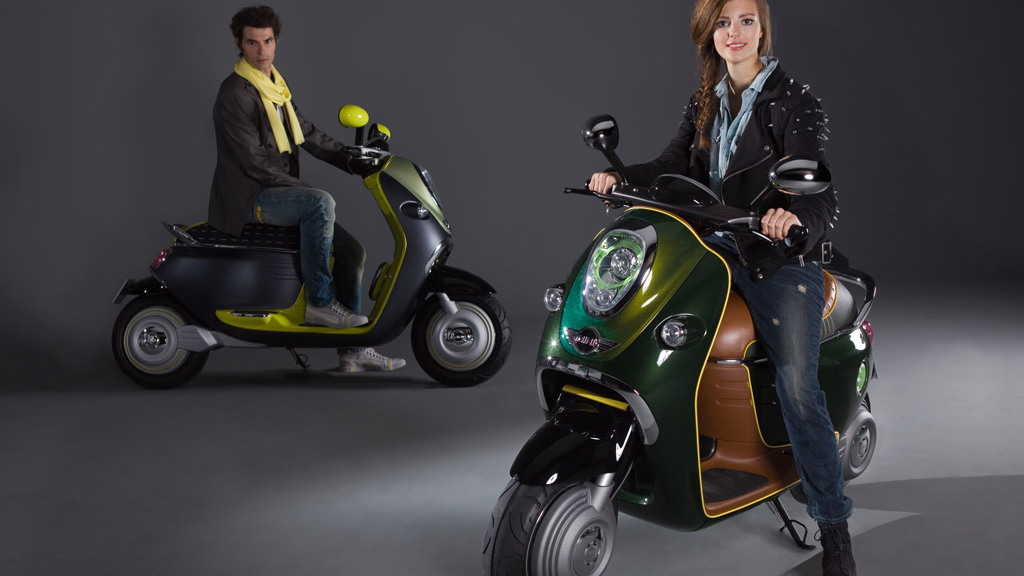 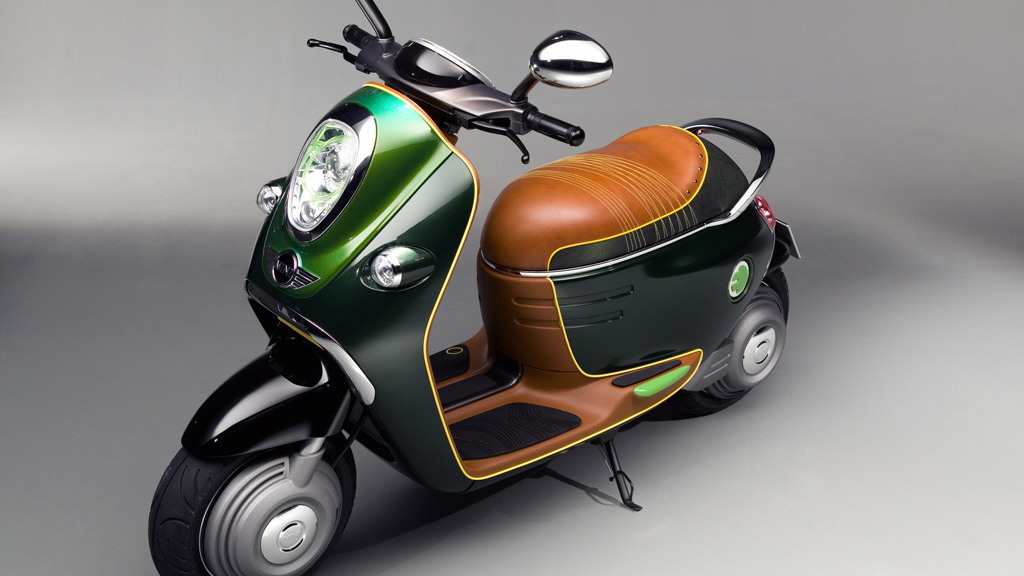 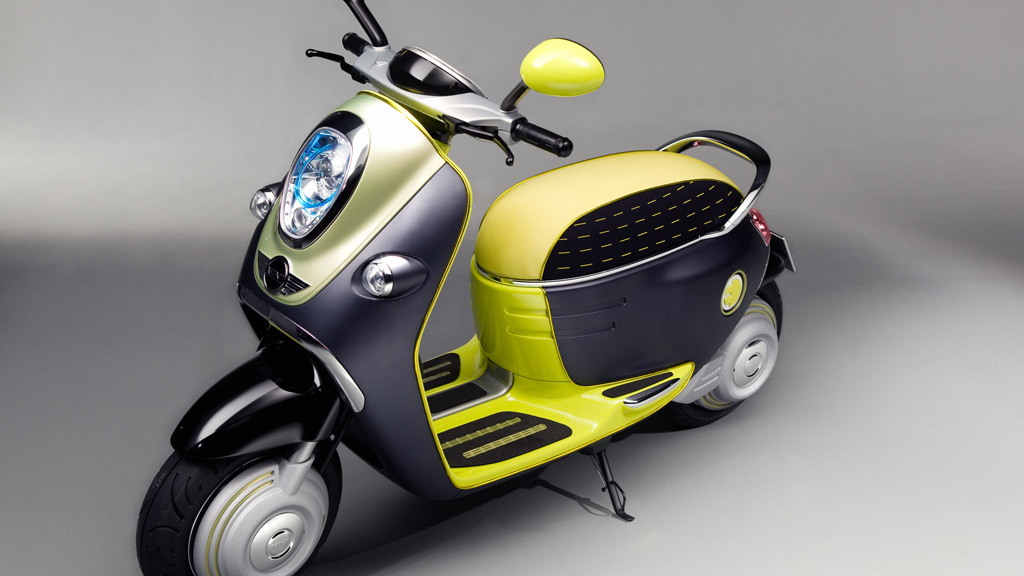 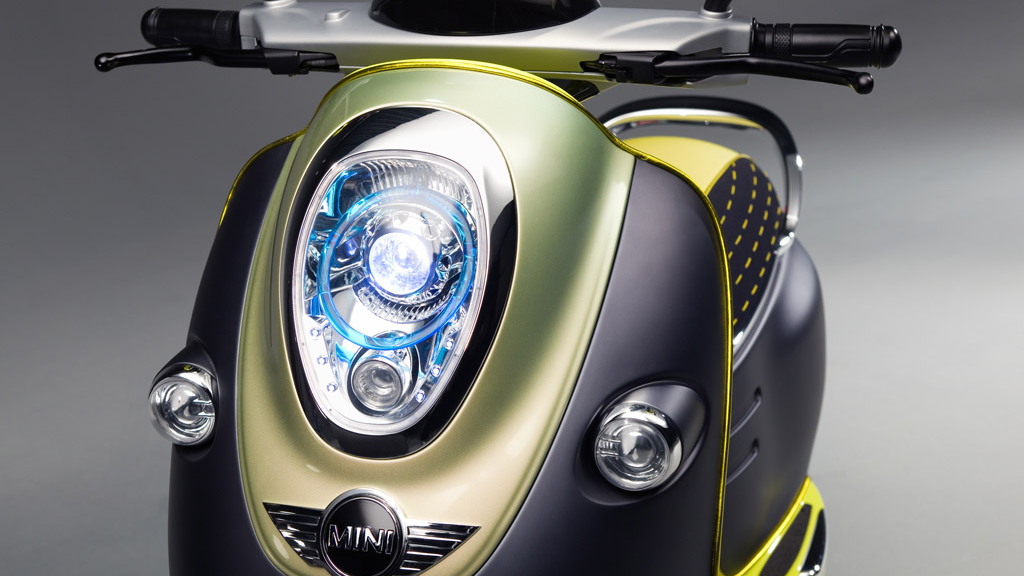 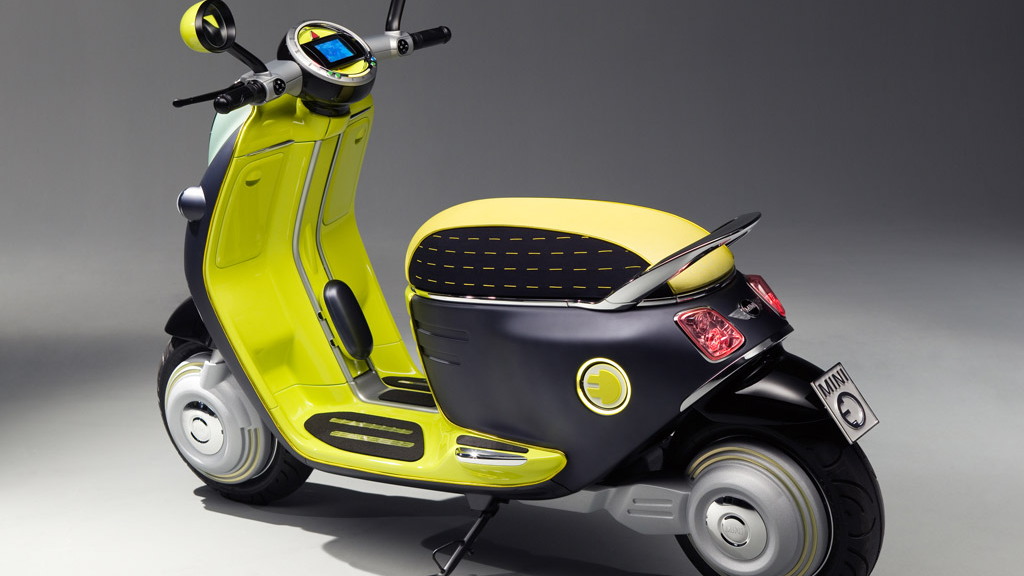 In March of 2008 BMW first announced plans to establish a new research division called ‘Project i,’ whose task would be to develop a number of solutions for a vehicle designed for congested city motoring. The goal of Project i was never to exclusively develop one type of vehicle or another, but to come up with a range of technologies BMW could introduce across its fleet or even under a rumored fourth brand.

The first tangible development of Project i was the all-electric MINI-E, which BMW is using to gather feedback about what urban customers want and need from a zero-emissions vehicle. Now, almost two years after the launch of the MINI-E comes the latest development from BMW’s future mobility think tank.

The MINI Scooter E Concept is powered by an electric motor integrated in the rear wheel. The motor’s lithium-ion battery can be recharged at any conventional power socket using an on-board charging cable. Two different versions will be displayed, one with a single seat and the other with two.

When riding the MINI Scooter E Concept, brief stops can be used to top up the on-board energy storage system. Apart from the compact battery, a charging system and connecting cable are integrated neatly in the rear of the MINI Scooter E Concept. Plugs and cables are accommodated underneath a cover similar to the round tank flap in a MINI car. After opening the illuminated flap, the plug and charging cable can be pulled out to a length of more than 16 feet and connected to the power system. After the battery has been charged a button-operated spring mechanism ensures that the cable is retracted and tidily coiled away in a space-saving compartment.