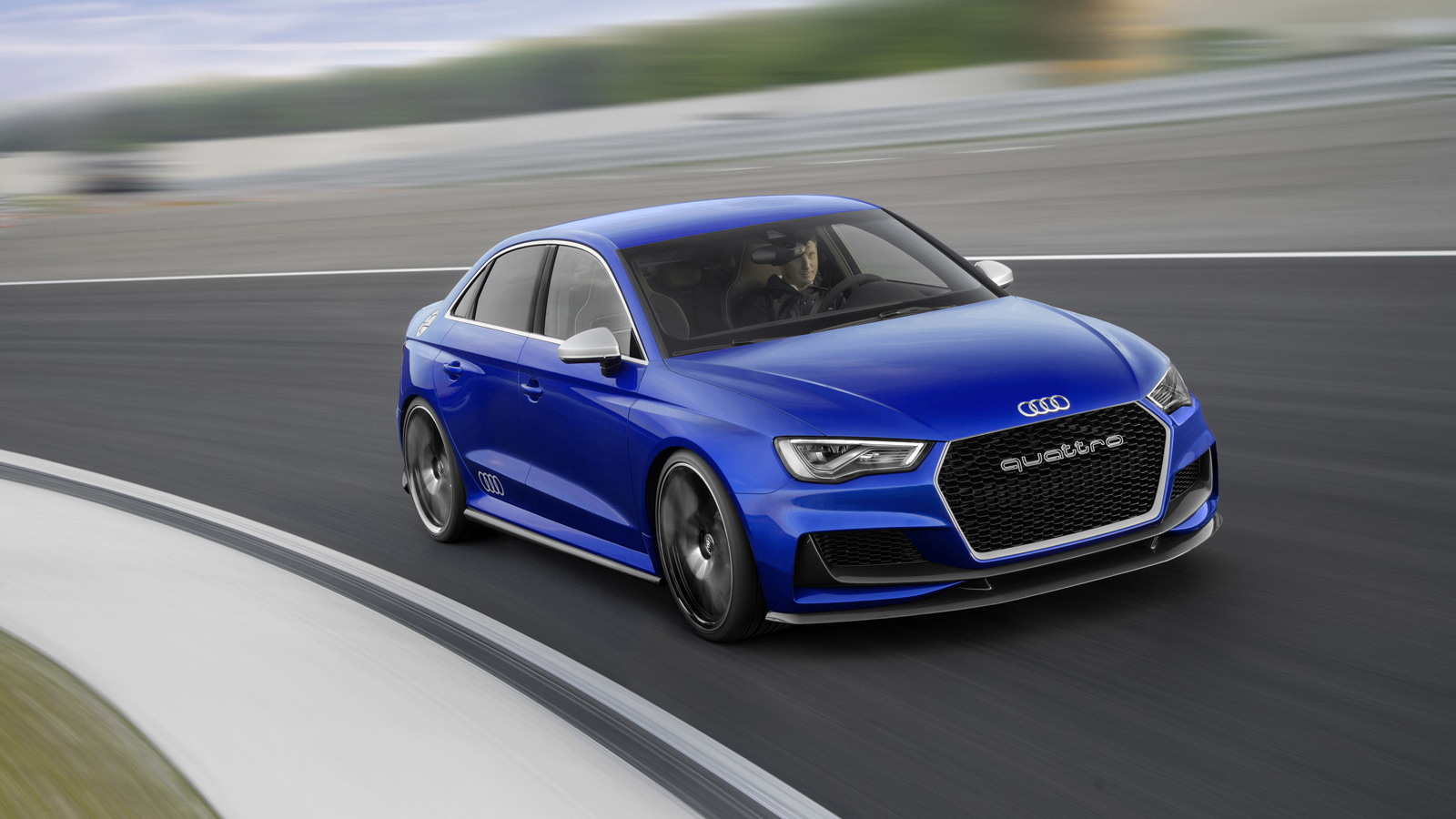 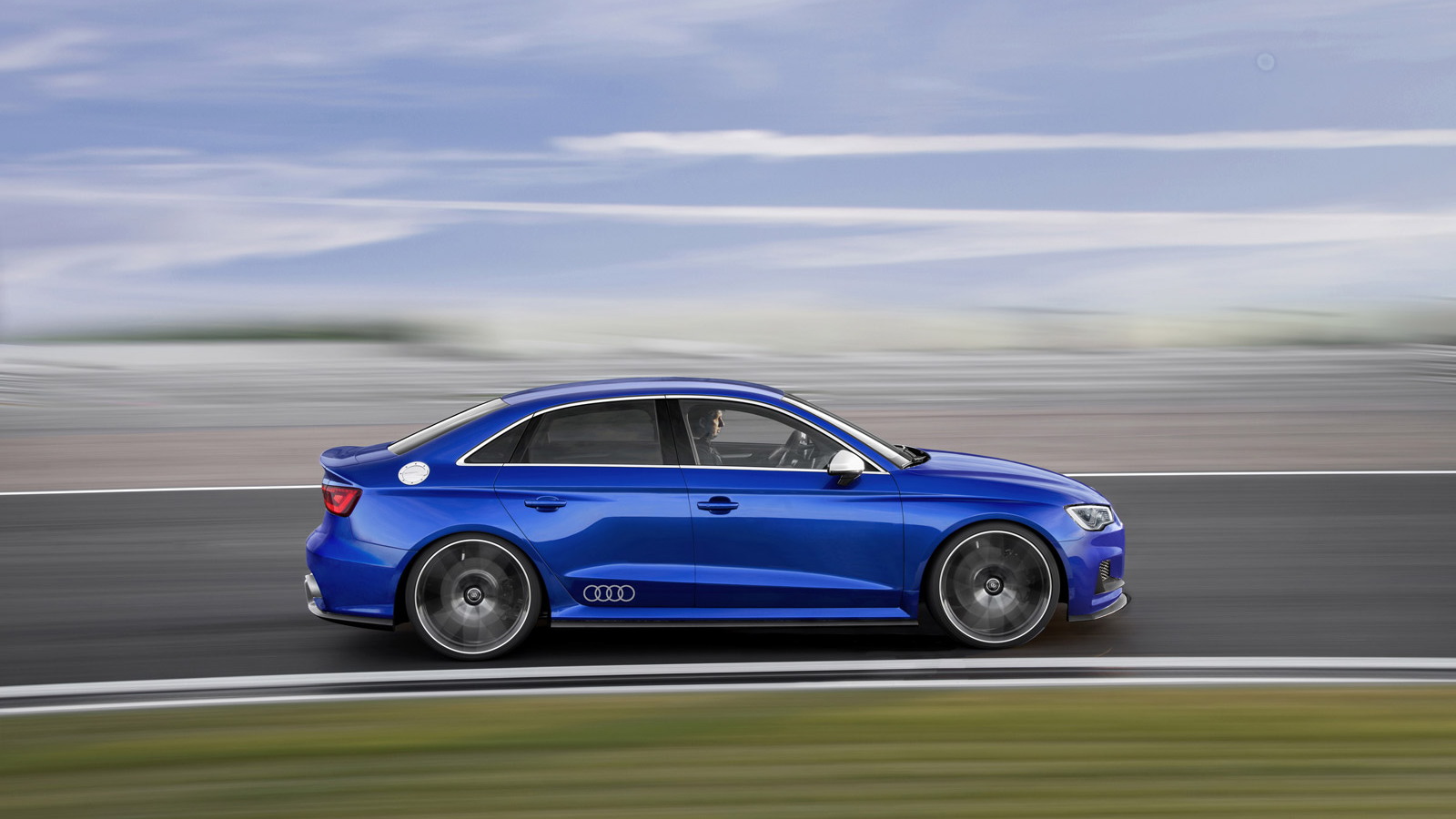 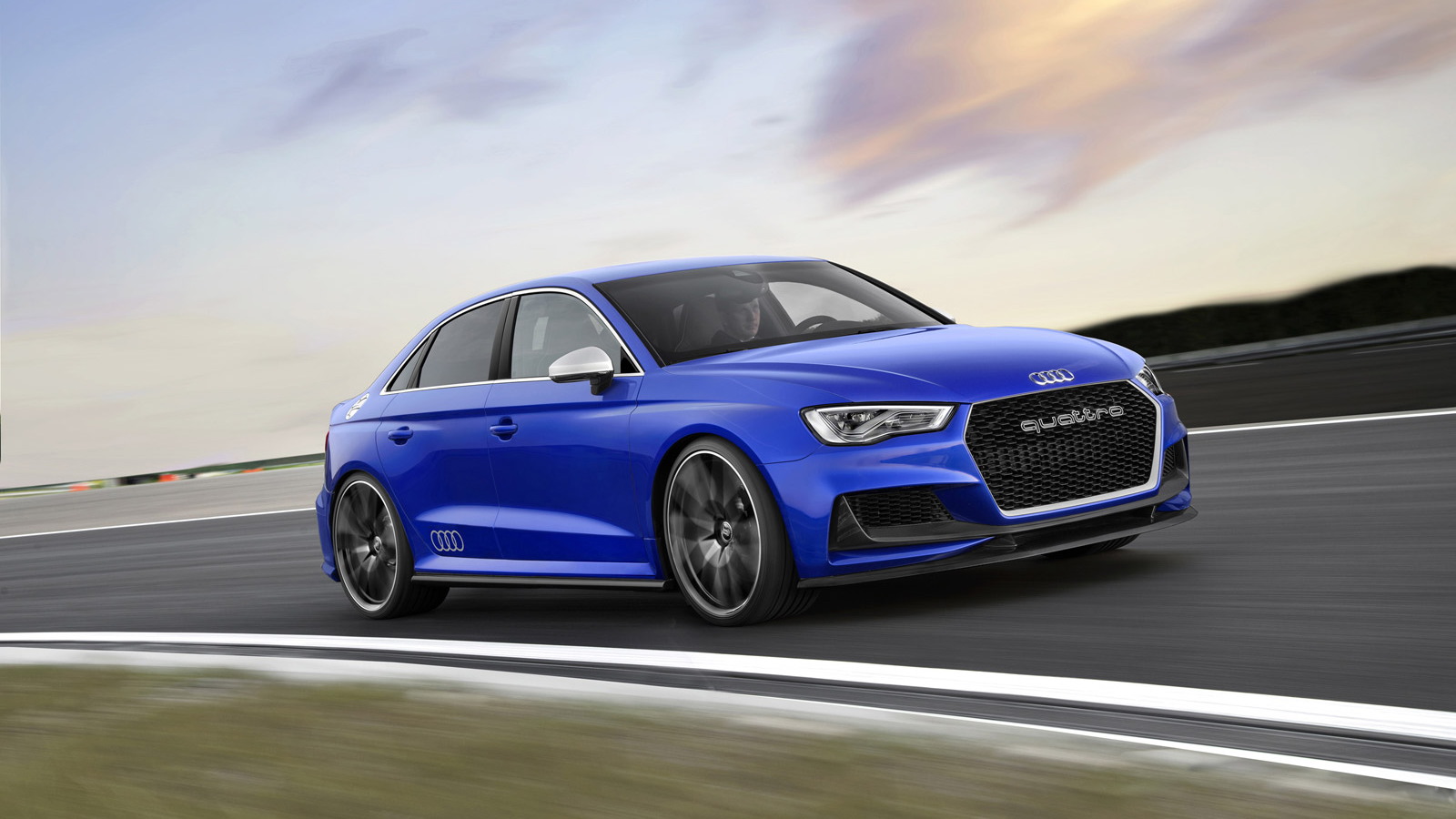 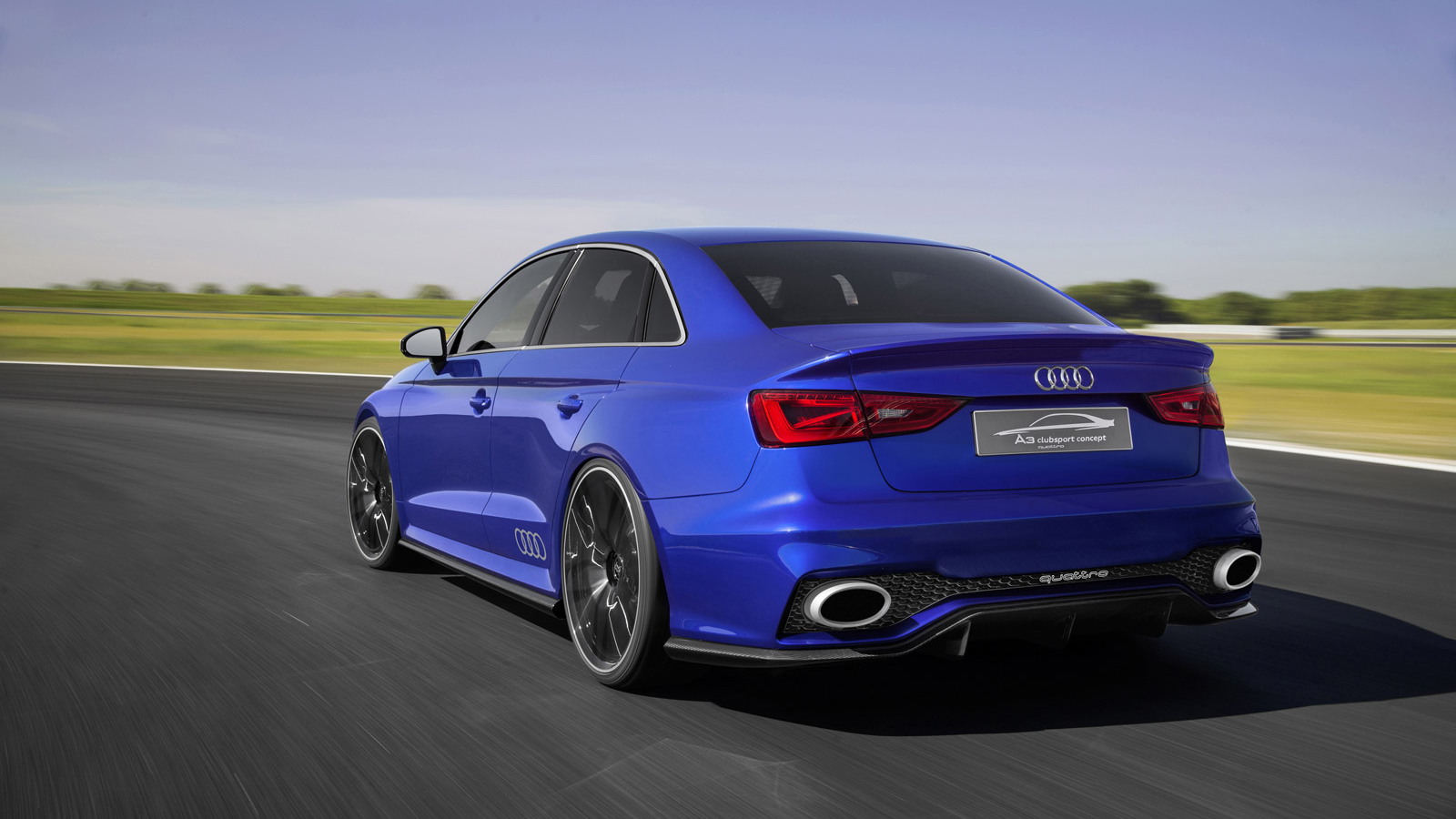 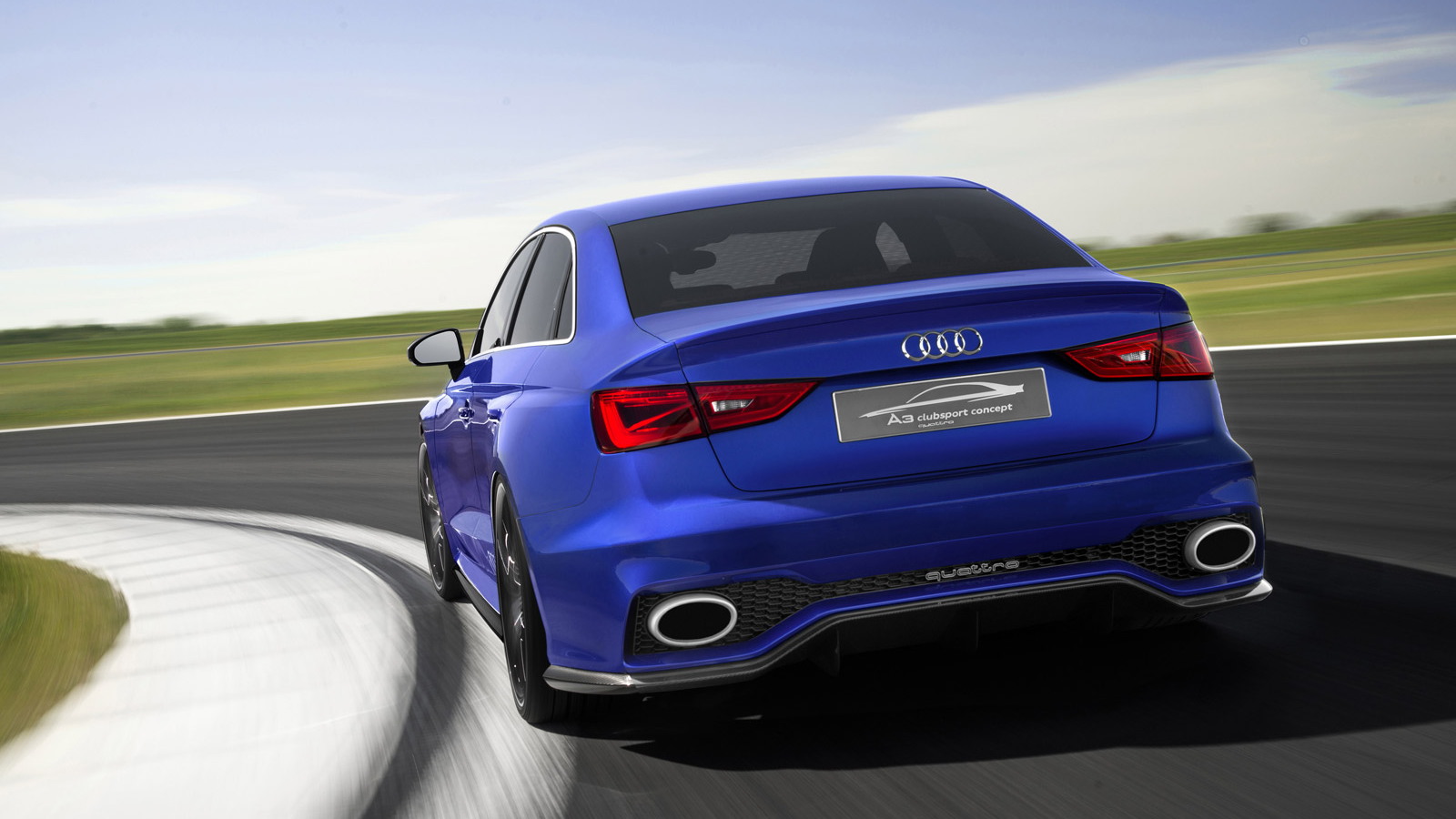 38
photos
The Mercedes-Benz CLA45 AMG better watch out, because Audi is hinting at a new performance version of its A3 sedan that may just upset our 2014 Best Car To Buy winner. That hint has come in the form of the stunning A3 clubsport quattro concept car, which made its official debut this week at the 2014 Wörthersee Tour in Austria.

In the video above, we see Audi engineers building the A3 clubsport quattro concept from scratch. Once complete, the car is taken for its first official test drive, with Audi factory driver Marc Basseng, a winner of the FIA-GT1 World Championship and Nürburgring 24 Hours, behind the wheel.

The Audi concept has all the tell-tale signs of an RS car, suggesting that it is in fact a thinly-veiled version of a future RS 3 sedan. We know a new RS 3 is in the works, because of spy shots of a prototype based on the A3 Sportback hatch, and now we have a good idea as to what its final specifications will be like.

Power in the concept comes from the same 2.5-liter TFSI five-cylinder engine fitted to the previous-generation RS 3 and TT RS. It’s been tuned to deliver a staggering 525 horsepower and 442 pound-feet of torque in the concept, although any production version is likely to be delivering considerably less. The engine is mated with a seven-speed S tronic dual-clutch transmission and quattro all-wheel-drive system, with the latter equipped with a hydraulically activated, multi-plate clutch on the rear axle designed for the high torque of the powerful five‑cylinder.

For an in-depth look at the concept, be sure to read our previous post.