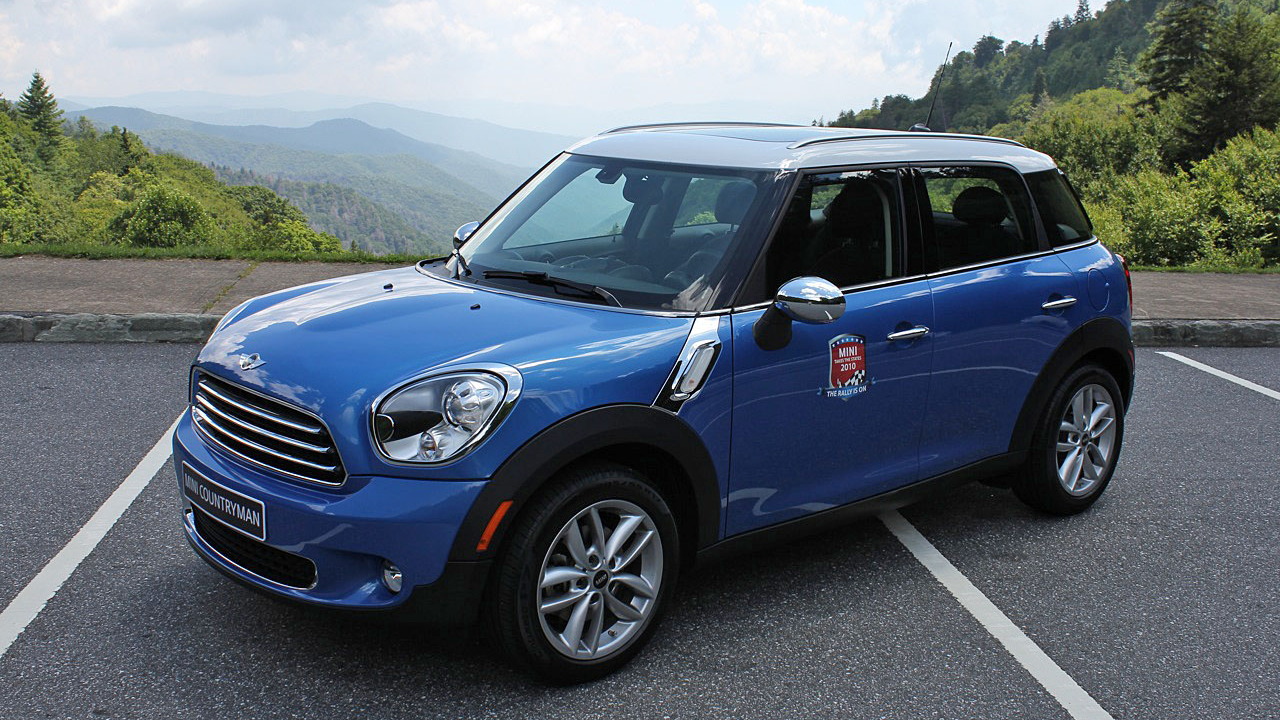 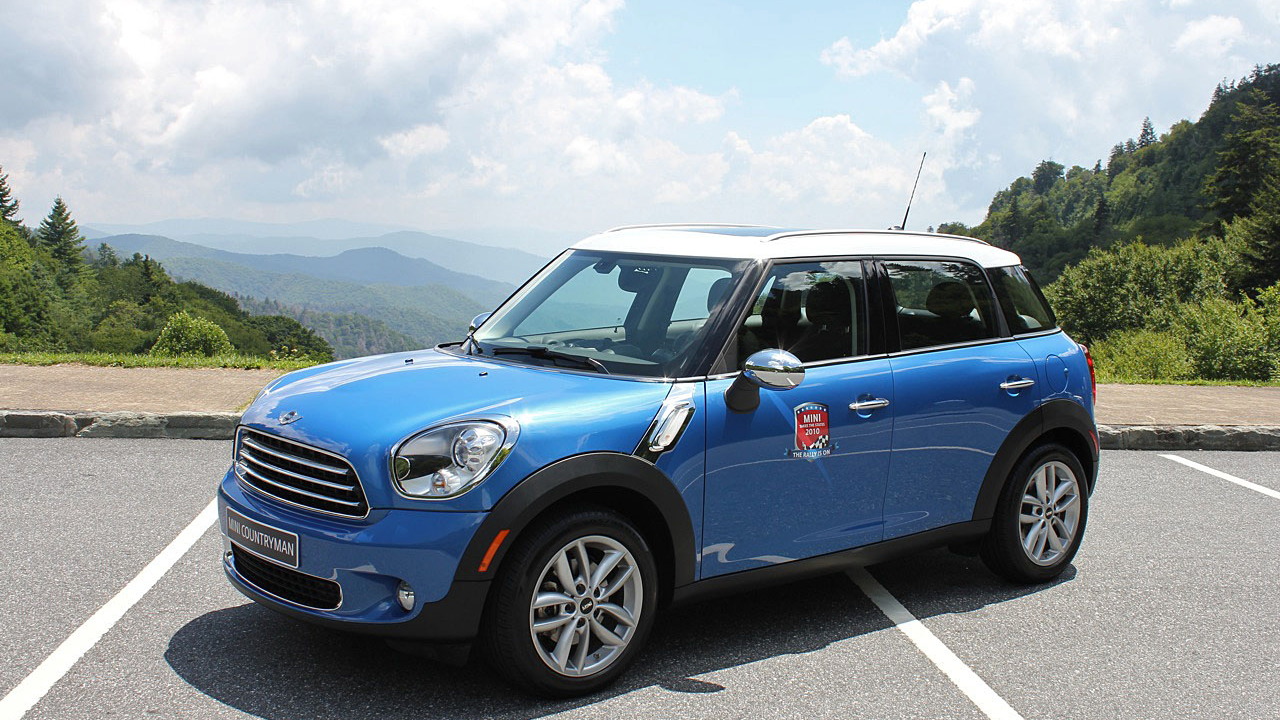 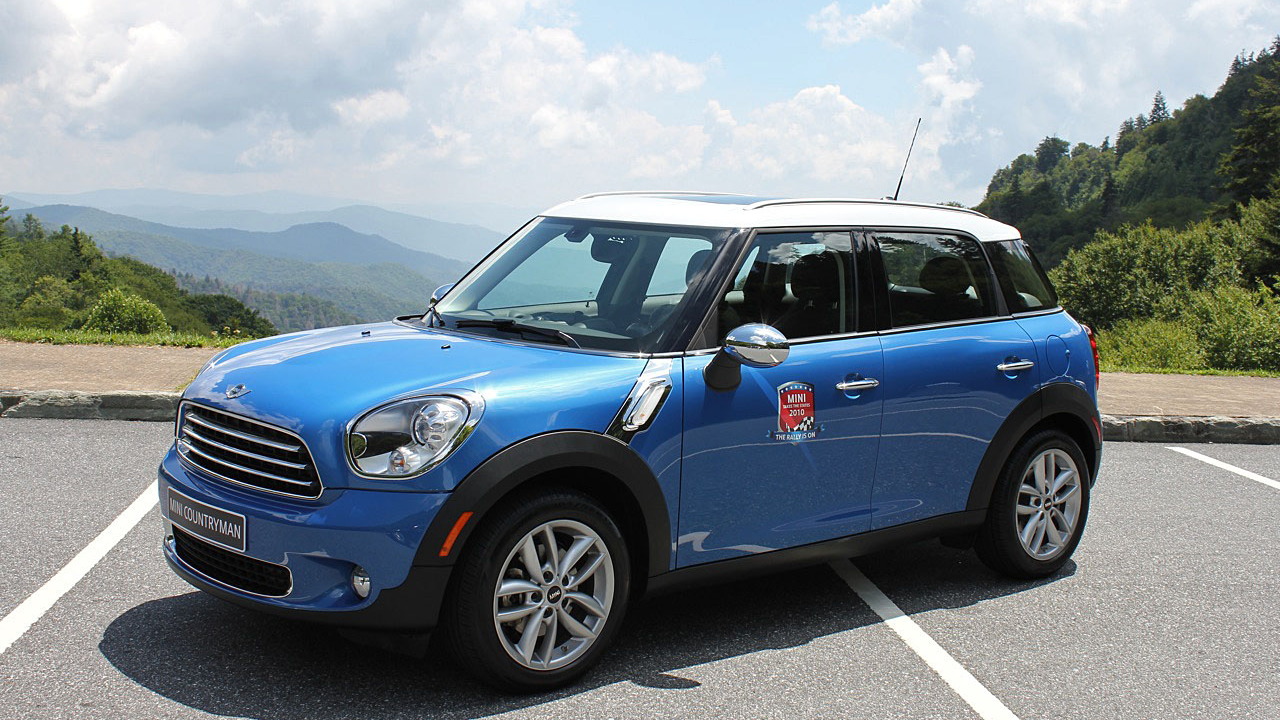 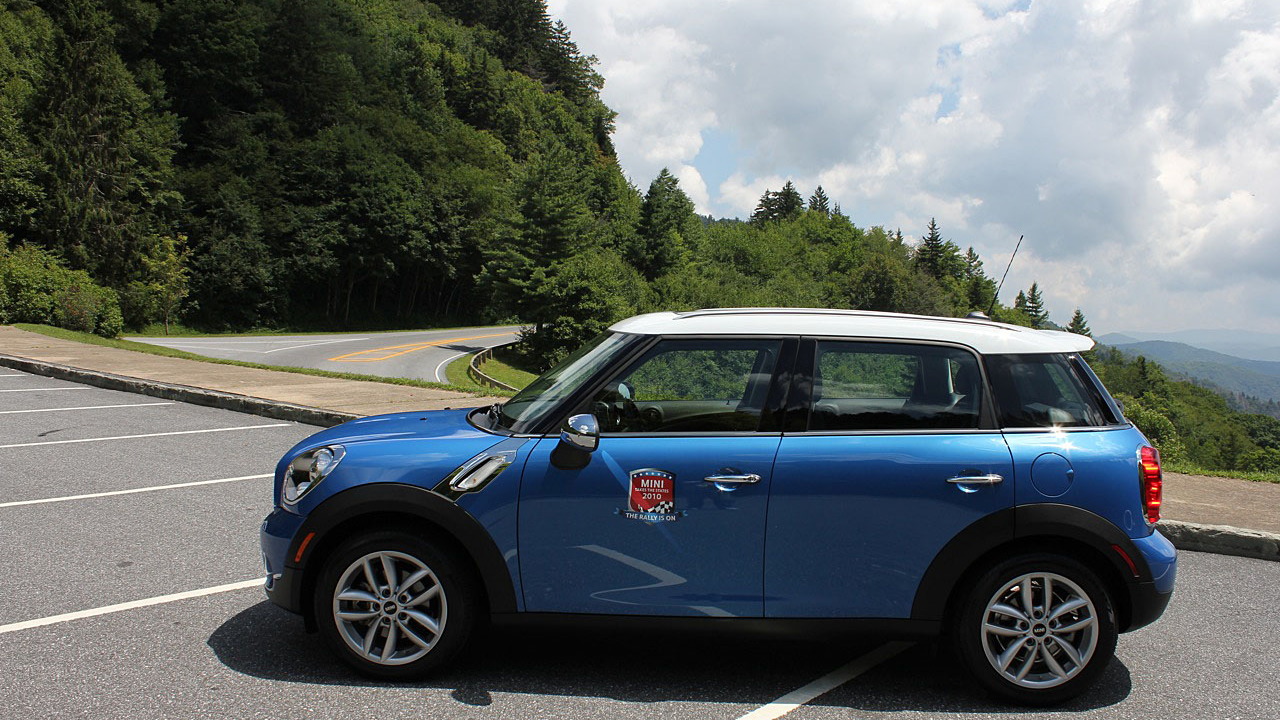 18
photos
When MINI set out on the road to building a bigger, taller crossover, the car world's ears perked up--and if they could have, they'd have formed question marks. A big MINI? Isn't that like jumbo shrimp?

The oxymoron from Oxford's ready now for all critics, and after our first drive of the 2011 MINI Cooper Countryman, we can tell you that the alarm bells should be silenced. Turn off the emergency-alert system. Put the red phone down. The Countryman's still a MINI in feel and fettle, even though there's barely anything related to the current MINI Cooper other than the name badges.

The Countryman, you see, is spun off the same platform that BMW calls the X1. There's real all-wheel drive baked in, and a BMW-ute-ish ride height and stance to give away those light German roots. The Countryman's assembled in Graz, Austria, where its real countrymen have included other contract-manufactured cars screwed together by Magna Steyr including the Chrysler minivans, Jeep Grand Cherokee, the Mercedes-Benz G-Class, and formerly, the BMW X3. Not an Oxford spat in sight.

It's almost undetectable, the way the Countryman feels more international and global and less distinctly MINI. It's so faint a sensation anyway, it hardly matters--whether you're driving the normally aspirated Cooper Countryman I strapped into, or the heavier, more powerful Cooper S Countryman and its Cooper S Countryman ALL4 kin.

What it boils down to, mostly, is the size and softer profile of this SUV. Take a look at a three-door MINI Cooper Clubman and it's clear where it came from; it's practically the limousine version of the essential Cooper hardtop hatchback, with just a wheelbase implant. The Countryman's less clearly delineated, particularly at the rear. The front end wears correctly shaped headlamps and the horizontally ribbed grille, the front fenders have the chrome band-aids to fit in the family, and color-friendly roof and mirrors can ape the shape of the smaller Cooper. The rear's more amorphous and soft, the clear compromise in the design. Call it a 50-footer: your brain would think "MINI" at that distance, while up close it would parse it and sniff out the curvy X1 hiding underneath.

The Countryman cockpit feels even more German, especially in the lighter grey plastics in the prototype handed over to High Gear Media. Big round gauges and a near-Frisbee-sized central circle, with both navigation and speedometer framed by it, evoke the shapes you'd find inside a Cooper--but the dash itself is a continental-looking piece that could find its way into any soft-roader from Nissan or Skoda or Jeep. The window switches, an L-shaped parking brake and half-moon door handles dress it up to something like MINI spec. A jet-black interior would bring things in line with heritage nicely--and even in prototype form, the trim inside this Countryman would embarrass a Ford Escape, for example.

Driving thrills don't often come from a 120-horsepower, 1.6-liter four-cylinder, but that's what MINI brought to our Atlanta leg of this year's MINI Takes the States rally. And that's what we drove from downtown's W Hotel--with a police escort no less--into the Tennessee hinterlands around the rollercoaster ride that is the Tail of the Dragon.

With MINI's six-speed automatic strapped to the four-cylinder and lots of hilly ascents to tackle, I didn't ever feel out of step. The four puts out decent torque fairly low in the powerband, and the automatic comes with a Sport button that speeds up shifts and holds gears longer. I extracted every ounce of power out of the MINI four, pulling out of an Exxon at the base of a hill, squeezing the throttle it so hard I waited for the seeds to come out of the exhaust. Nothing. Other than some ancillary whine from parts waiting a final NVH tuning, the Countryman's powertrain poured out everything it had--which, according to MINI estimates, would equal a 0-60 mph shot of about 10 seconds. With that mediocre time in mind, MINI also promises the Countryman will have the best fuel economy in its class.

By the way, if you're all about the slightly perverse sense of British and German humor at BMW, you'll note the automatic's sport mode asks you to push the lever forward to trigger a downshift, and to pull back for an upshift. That's exactly the opposite of what we want, haptically. And it reminds us more strongly than ever, that we want paddles to shift everything that doesn't have a functioning clutch pedal. (Paddles are set to make the MINI equipment list, we're told.) Regardless, we'll be anxious to drive the 180-horsepower turbocharged Cooper S Countryman, which MINI says will hit 60 mph in about 7.5 seconds and will reach a top speed of 128 mph.

Rolling over the sinews of the Smokey Mountains, the Countryman reveals a little more of its upsized feel. The ride quality's a dead giveaway to its genealogy. First-gen MINI Cooper drivers probably share stories about filling replacements and dental work, especially if they ordered the big 18-inch wheels. Those 18-inchers are standard on the Countryman--and yet, it's pliable on most road surfaces, with amazingly little suspension and tire noise, something you'd also sense immediately in any Cooper. The Countryman's meaty electric power steering mimics some real responsiveness and weights up nicely in deep plunging curves; BMW does EPS better than just about anyone else, outside of the Volkswagen Golf. The MINI's brakes bite quickly and answer pressure with the right counterpressure.

Our car didn't have it, but the Cooper S Countryman is available with a permanent ALL4 all-wheel drive system with an electronically activated differential that splits power 50:50 in normal driving, and up to 100 percent rear when traction fails in front. An electronic limited-slip differential is standard.

With all the rationales for living smaller, is the MINI Countryman small enough to fit in the brand--and is it large enough to fit real people and their very real (and imagined) baggage?

Yup. The fabulous front seats in the Countryman are adjustable in a couple of ways, but have that quintessential shape that doesn't need 18-way power adjustment. The bottom cushion's long enough for almost anyone to get a firm grip, and the center console doesn't shear too much leg room. It's the largest MINI in interior space, and it's easy to see, spatially, that it's a half-foot longer than a Cooper hardtop.

The back seat's the stunner. I clambered in at that gas-station pit stop and found a couple inches of headroom to spare--even with the big sunroof cut into this MINI's white roof. Knee room wasn't quite as lavish, but it's clear MINI and BMW struck down the notion of making something more two-seat-ish, like, say, an Acura ZDX. The seats also slide on rails for better legroom compromises from front to back; MINI will fit a three-seat bench instead of twin buckets for European customers, but U.S. cars will have bucket seats in back. Even those bucket seats tilt back slightly for a relaxed riding position, though.

Where the Countryman suffers, obviously, is in cargo area. With all the seats filled on a long trip, someone's going to be doing laundry before they come home. With a couple of duffels tucked inside, the Countryman's 12.2 cubic feet of luggage space will barely swallow a couple of water bottles and a camera bag. MINI says there are 40 cubic feet of space when you fold the rear seats forward, which sounds not much larger than the cargo area behind the third-row seats in the new Jeep Grand Cherokee.

With a full complement of safety gear (airbags, stability control) and a host of electronic goodies like USB connectivity, available Bluetooth, and the new MINI Connected system that controls Pandora and other mobile-audio iPhone apps, the Countryman's checked off most of the critical boxes it needs to appeal to an older, more married, more be-childrened crowd than the Cooperites it's catered to for almost a decade. By the time new Countryman owners are minted late this year (officially, it's on sale January 12, but cars should trickle into showrooms before 2011), MINI expects the new crossover to account for more sales than anything it makes, other than the Cooper hatchback.

Pricing in the U.S. for the base 1.6-liter gasoline unit with front-wheel drive is expected to start at around $29,000, while the range-topping Cooper S Countryman with all-wheel drive should be priced somewhere around the $34,000 mark. A high-performance John Cooper Works edition seems to be off the menu, but even in base form, the MINI Cooper Countryman has proven out at least one thing: there's more German in the Brits than they dare admit.