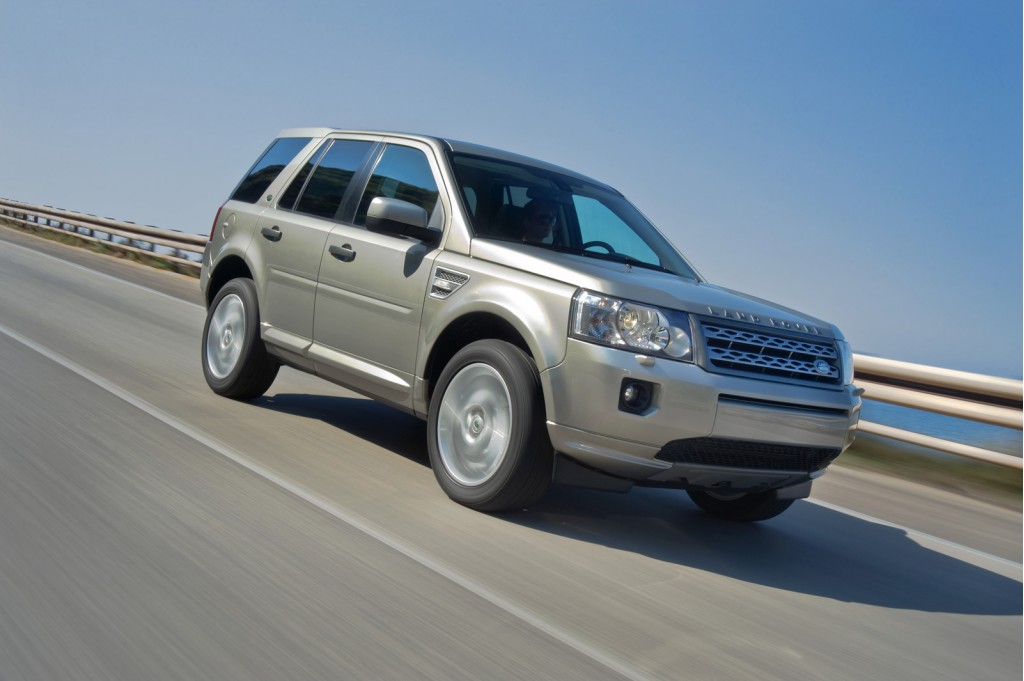 Land Rover, the brand synonymous with luxurious off-road capability, has just released its 2011 LR2, featuring the first-ever front-drive model, an updated look and improved engines for the new model year. The smallest of the Land Rover range until the 2012 Evoque lands next fall, the LR2 is otherwise largely unchanged from the 2010 model.

Not that lower emissions, improved fuel economy, and a fresh take on the familiar LR2 face are anything to complain about. First up, the mechanical changes.

The only engine available in the U.S., the 3.2-liter aluminum-block inline six-cylinder gasoline mill, is still rated at 230 horsepower and 234 pound-feet of torque, while cleaning up its act to meet EU5 emissions standards, meaning lower NOx, HC and CO emissions. Despite the greening of the engine and the front-wheel drive setup, the LR2 can still get to 60 mph in 8.4 seconds and reach 124 mph. The familiar, if cleaner, six-pot engine is paired to a six-speed transmission which is reworked to deliver slightly better efficiency.

Exterior looks get updated with a new front bumper an grille, three new color choices, and a new set of alloy wheels. The new front bumper assembly gets new front fog lamp bezels, and the grille is available in both Dark and Bright finishes, though the Dark finish is only available on the four-cylinder diesel model, which we won't get here in the U.S. New halogen projector headlights are now standard, a the rear lights get a clear inner lens with a black surround. Body-color tailgate handle, door handles, and door mirrors are also available or standard, depending on the model. A choice of 18- or 19-inch alloy wheels can be had, along with new colors Kosrae Green, Baltic Blue and Fuji White.

Inside, the 2011 LR2 gets new seat styles, redesigned instruments, and a change to the Land Rover logo, which drops the gold-on-green look for silver-on-green. Upholstery options include cloth trim in Tofino or Resolve fabric, Napoli leather, a combo of Napoli leather and Alcantara, and Windsor leather in the Premium pack. A range of new colors and seat materials are also available.

Land Rover hasn't set pricing or a release date for the new 2011 LR2 in the U.S., but we expect it to arrive at dealerships by the end of the summer.