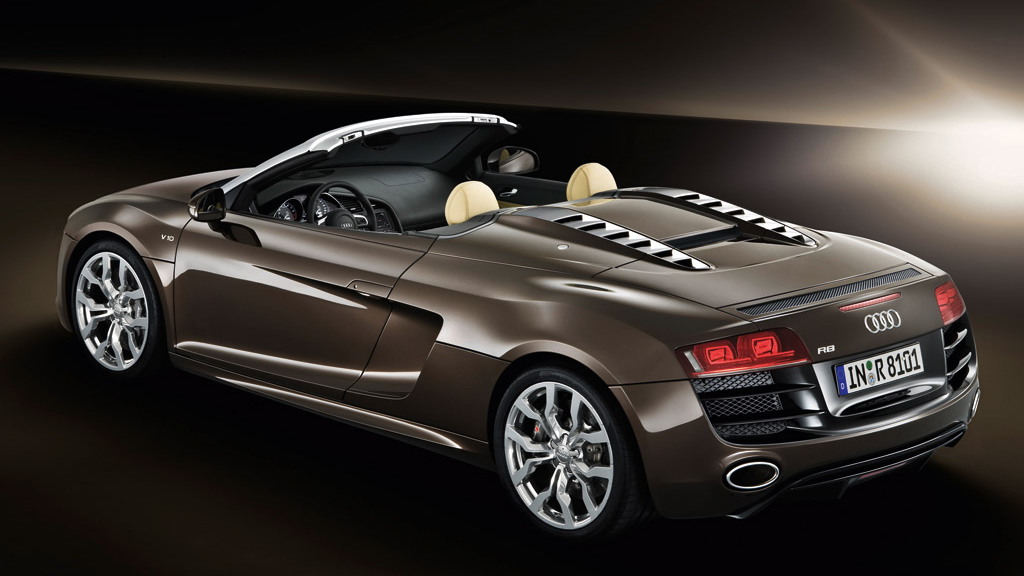 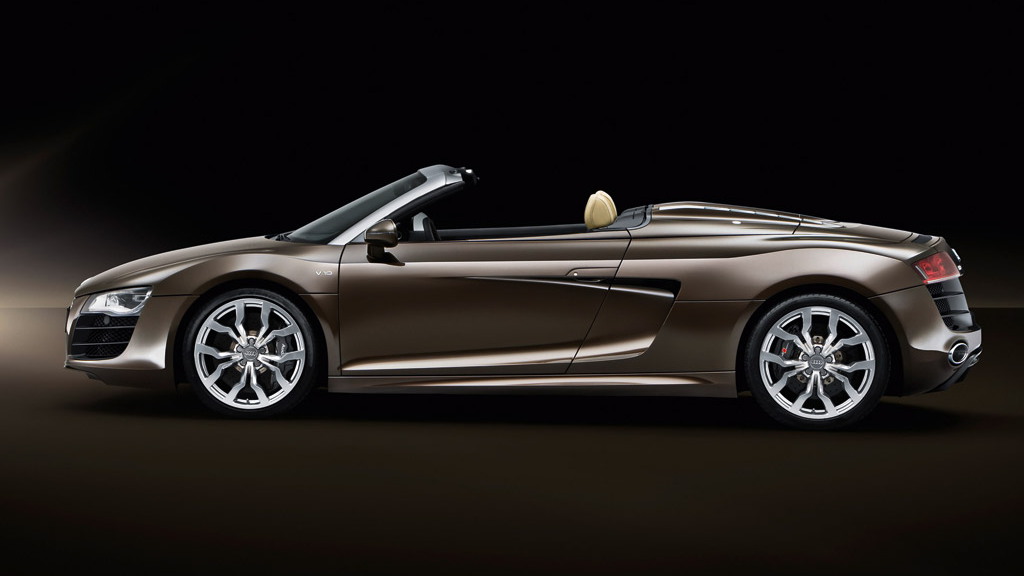 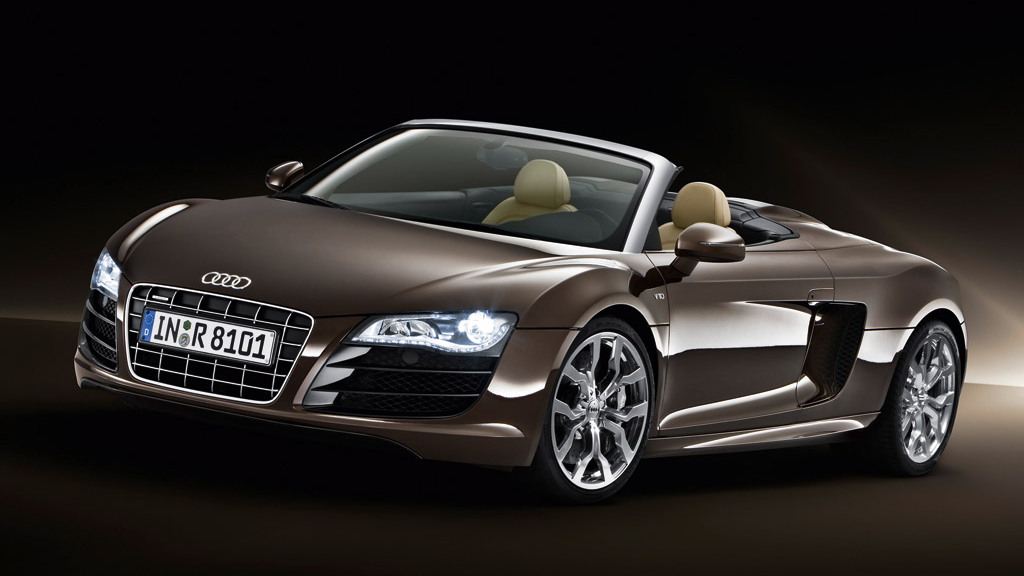 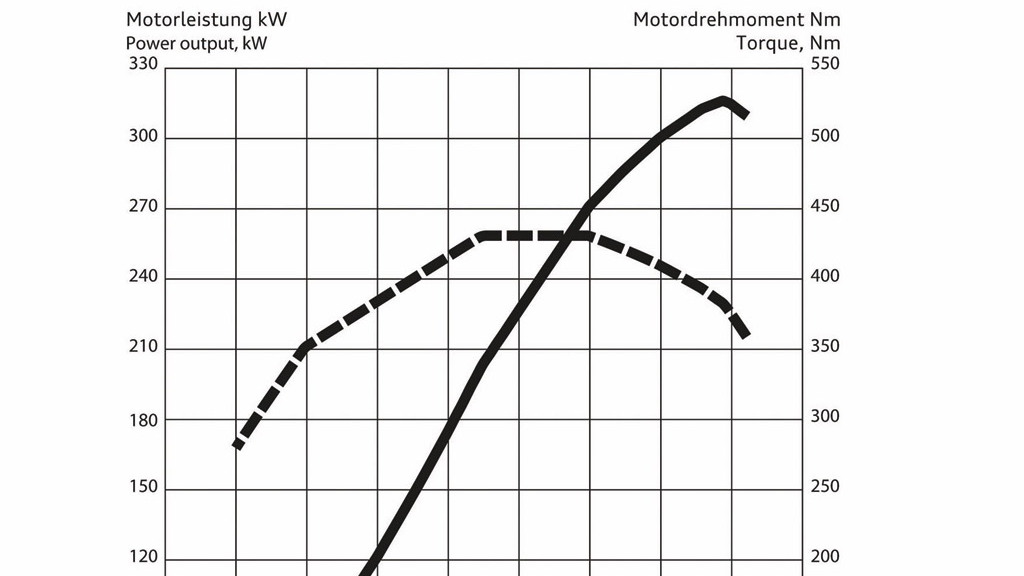 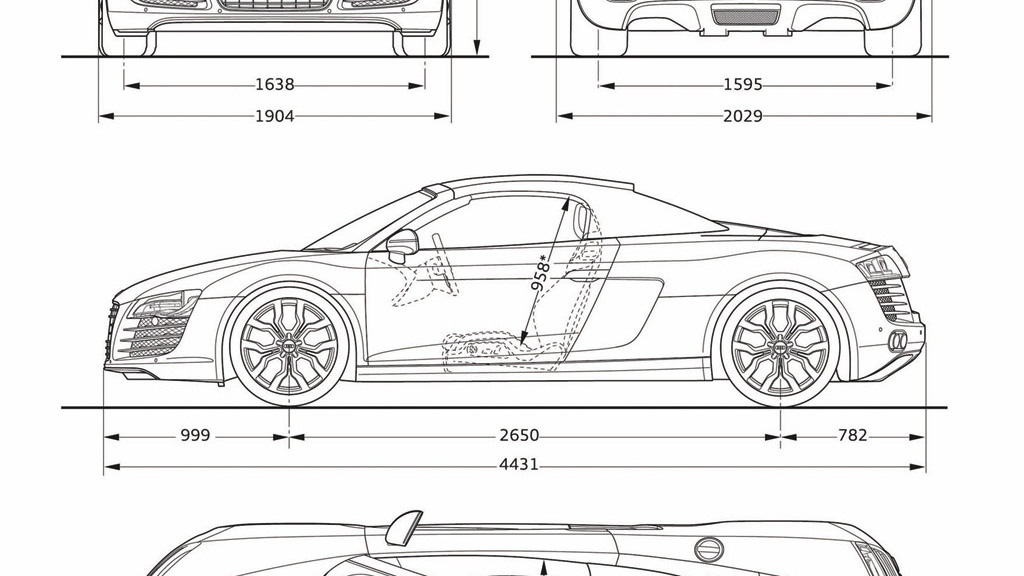 When Audi originally unveiled its stunning R8 Spyder last September, the automaker decided to fit the model exclusively with its range-topping 5.2-liter FSI V-10 engine in keeping with the Spyder’s more upmarket positioning. The Coupe, on the other hand, was still available with either a 4.2-liter FSI V-8 or the more potent V-10.

Now, ten months after the launch of its R8 Spyder, Audi has announced a new 4.2-liter V-8 powered version of the convertible. Like the V-10 model (pictured), the V-8 powered R8 Spyder has a lightweight cloth top with a fully automatic drive. Its body is an aluminum spaceframe with large-area components of carbon fiber composite material.

Its 4.2-liter FSI V-8 produces 430 horsepower and 317 pound-feet of torque and launches the open-top two-seater to 62 mph in 4.8 seconds on its way to a top speed of 186 mph. The engine is mated to the R tronic sequential manual gearbox (a six-speed manual is standard) and Audi’s trademark quattro all-wheel drive. Despite the performance, fuel economy is a reasonable 17 mpg for the European combined cycle when equipped with the R tronic transmission. A recuperation system that recovers energy during braking is standard.

A viscous coupling distributes the torque at the front axle. During normal driving, it sends roughly 15 percent of the torque to the front wheels and 85 percent to the rear wheels. If the rear wheels begin to slip, an additional 15 percent is quickly sent to the front. A locking differential at the rear axle further improves dynamics. It provides up to 25 percent lockup when accelerating and up to 45 percent when coasting. If a wheel on one of the axles should slip, it’s braked by the EDS electronic locking differential.

The new Audi R8 Spyder 4.2 FSI will make its world debut at the 2010 Paris Auto Show this September and go on sale in Europe shortly after. Expect a U.S. launch early next year.