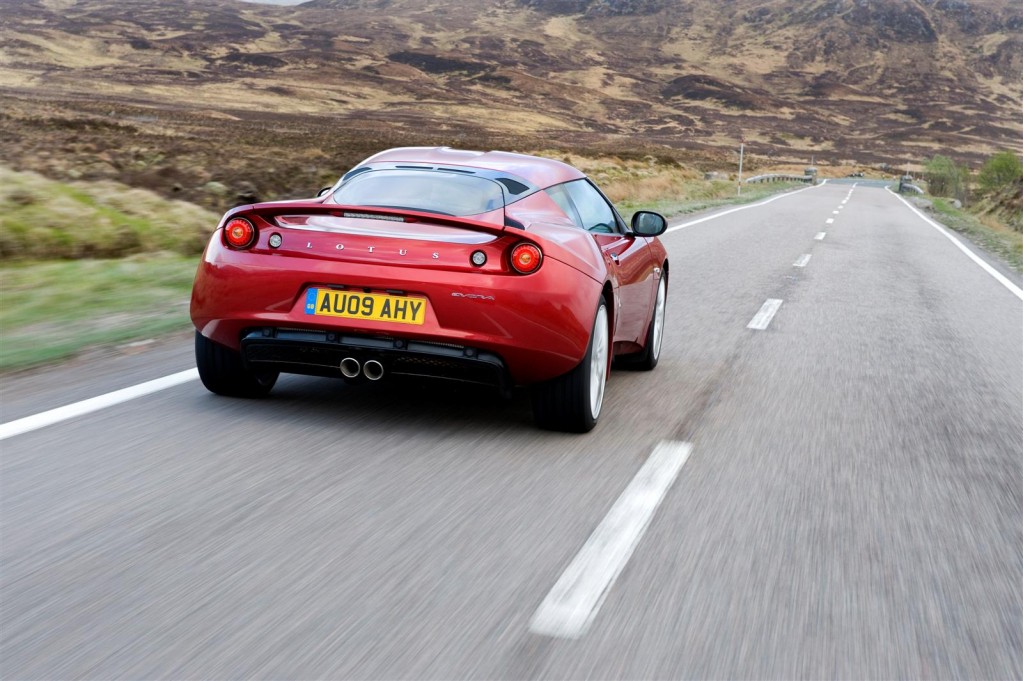 Ever since the Lotus Evora debuted last year, we've been expecting two more models to come on the car's extended mid-engine platform. It's the first new platform since the Elise debuted in 1995, and just as the Elise platform served for the Exige and Europa, the Evora platform will have to pull multiple-badge duty as well. The next car to roll out will be here in under 100 days, at the Paris Motor Show. And it'll likely be a mid-engine supercar.

The name Esprit immediately comes to mind when talking about Lotus supercars, and there's so much brand equity in the title, it's a very likely candidate. On the flip side, there's also no shortage of memories of the faults and foibles of the last Esprit, both mechanically and electrically, so Lotus may choose an entirely new moniker as it did with the Evora.

Whatever it's called, it'll be based on the Evora's platform, meaning mid-engined but larger than the Elise/Exige, a bit heavier, yet still unlikely to sport back seats. The room will be needed to shoehorn in a potent engine, as the supercar appellation doesn't really work for cars below 400 horsepower anymore--or even for those below 500.

Powertrain rumors range from the same 3.5-liter V-6 found in the Evora, but delivered in a more tautly tuned package, to the 4.8-liter V-10 engine from the Lexus LFA. Lotus currently uses Toyota engines in its production cars, but the LFA idea may be little more than a not-so-logical extension of the deal. Turbochargers and superchargers are also not out of the question, as Lotus has abundant experience delivering brutal performance with them in the guise of the Exige, Exige S, and Elise SC.

We'll have to wait for the Paris Motor Show to find out exactly what Lotus is planning--and whether the next of the three cars on the Evora platform will be the Esprit/supercar at all. It could be a third, as-yet-unknown model to sit above the Evora but below the eventual supercar--perhaps even based on the 414E hybrid unveiled at this year's Geneva Motor Show