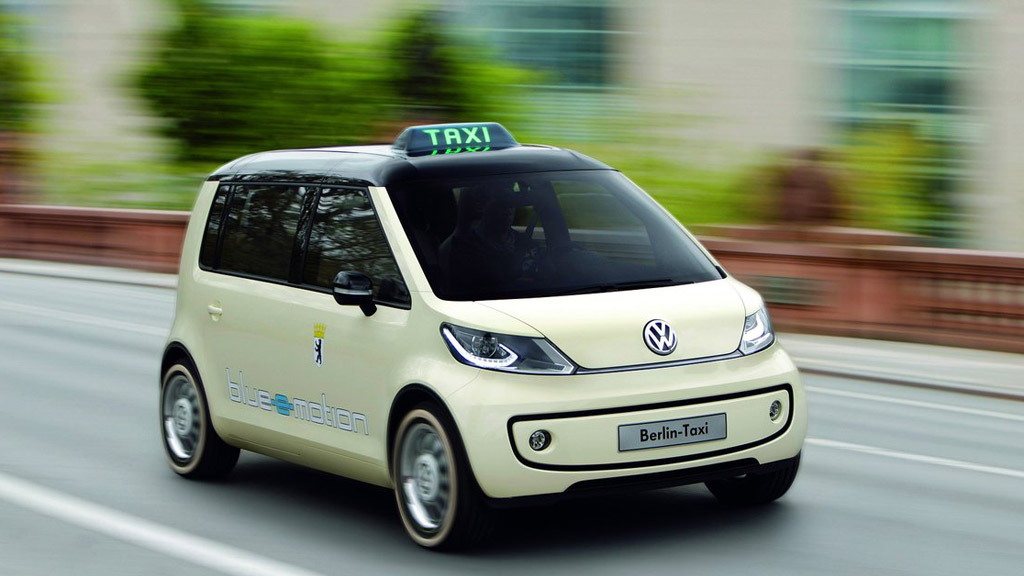 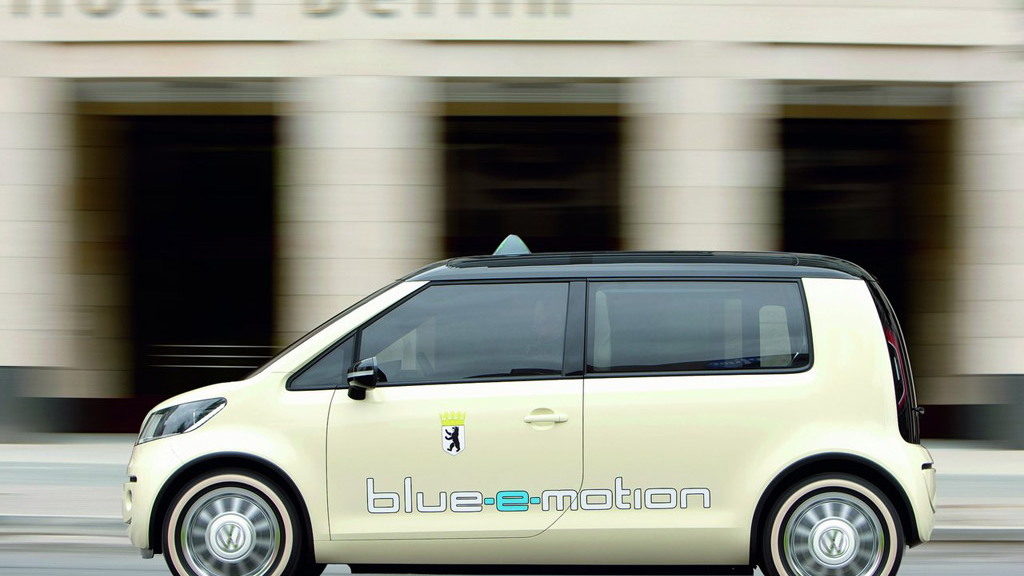 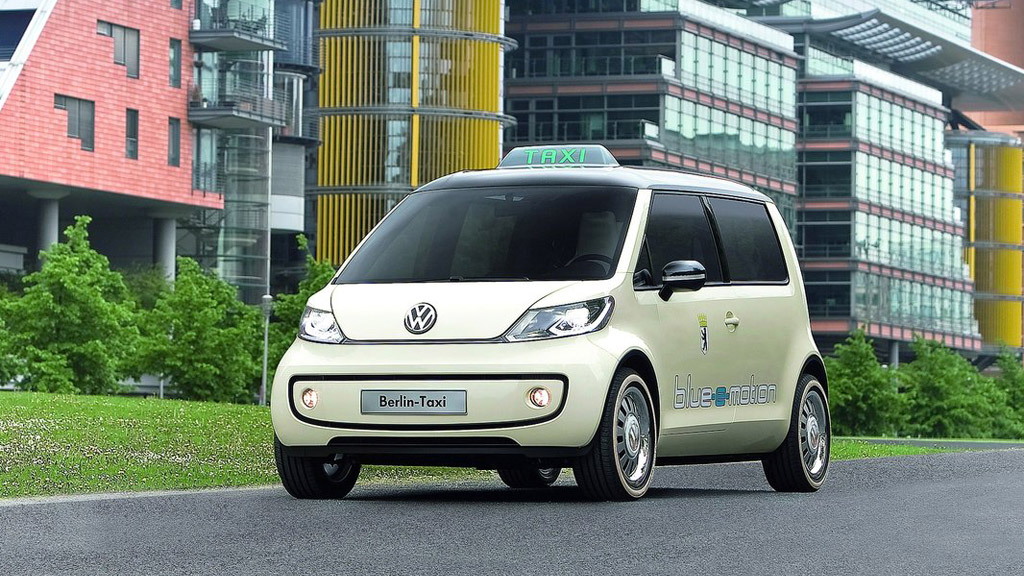 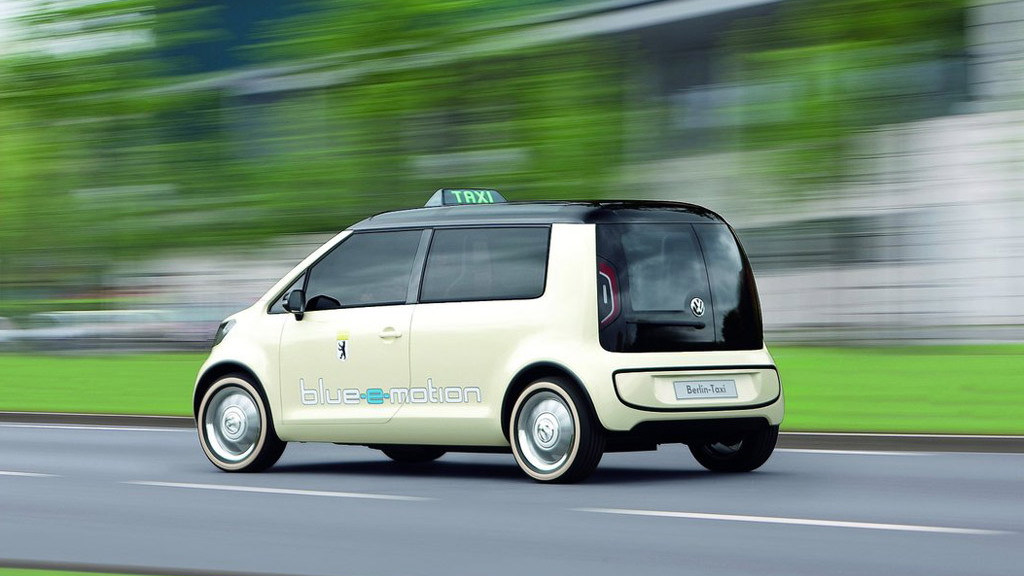 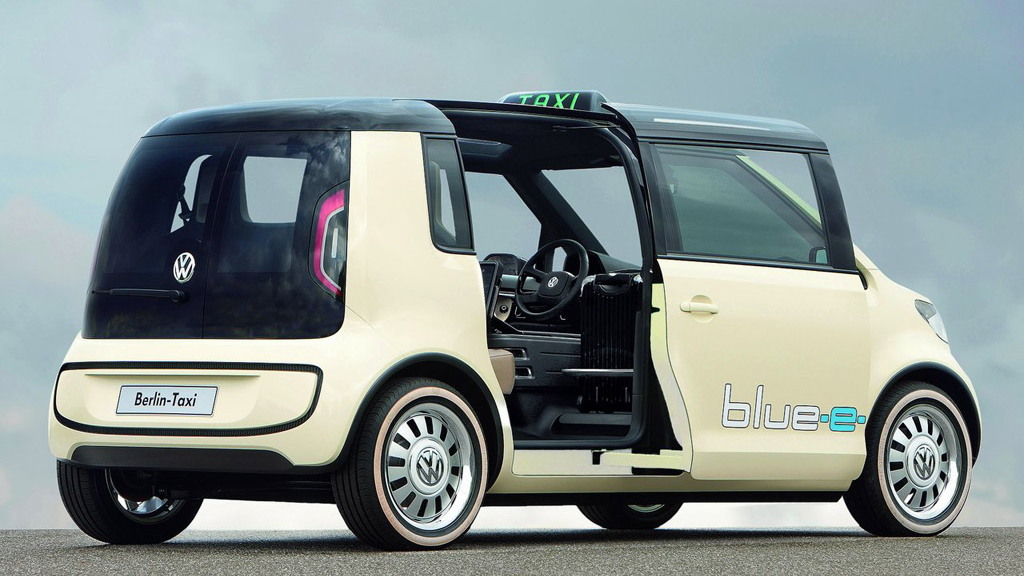 Volkswagen is intent on becoming the world’s leading automaker by 2018 and that means being the top dog in every segment, including hybrid and electric vehicles. Recently the automaker announced plans to start building its own electric powertrains, and now it’s showing off yet another zero-emissions concept car powered by an electric motor.

The new concept is the 2010 Volkswagen Berlin Taxi and has been designed as a possible solution for public transportation of the future. The vehicle features a compact MPV body and showcases a design that previews the production version of Volkswagen’s upcoming Up minicar range. Innovative details include swivel-sliding door that open in a forward direction and customizable touchscreens.

The Berlin Taxi is 5.24 feet tall, 12.3 feet long and 5.4 feet wide, and with its top speed of 75 mph is driven by an electric motor with a peak power of 114 horsepower (continuous power: 67 horsepower). The motor is supplied with energy via a lithium-ion battery integrated in the concept car’s underbody. Thanks to the implemented battery storage capacity of 45 Kilowatt-hours (kWh) and the relatively low vehicle weight (3,306 pounds), despite the battery, it is possible to cover distances of up to 186 miles depending on driving style. The storage battery can readily be recharged to up to 80 percent of its total capacity in just over one hour, the exact time depending on the available recharging infrastructure and battery’s momentary charge state.

Volkswagen has previously confirmed that it will launch its first production electric vehicles by 2013. The car will be based on the Up minicar and feature a rear drive layout with the electric motor located at the rear of the car and the batteries in the floorplan.