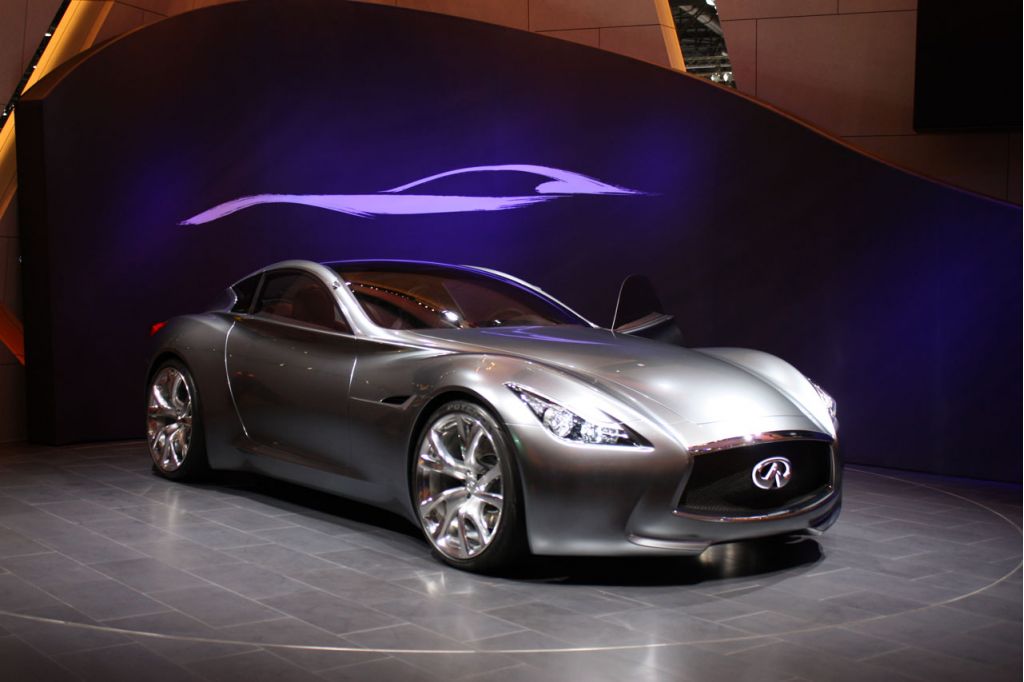 Without doubt one of the most striking unveilings at the 2009 Geneva Motor Show, Infiniti’s all-new Essence Concept was also one of the most important designs for the luxury brand and created in part to celebrate Infiniti’s 20th anniversary.

At the time of its unveiling, the Essence was described as an exploration into the brand’s future and while we can definitely see some influences in the recently revealed 2011 Infiniti M, the next-generation G37 Coupe and its derivatives will have the most in common with the striking concept.

That’s the word of sources in Japan who have revealed to Autocar that a “sizeable” amount of design cues from the Essence will feature in the new G37. Key features will be the aggressive stance, pronounced wheel arches and sharp surface creases.

The Essence’s green powertrain will also carry over, though detuned somewhat for its production application. Expect to see Infinti’s new hybrid system, which consists of a naturally-aspirated 3.5-liter V-6 matched to an electric motor, appear in the new G37.