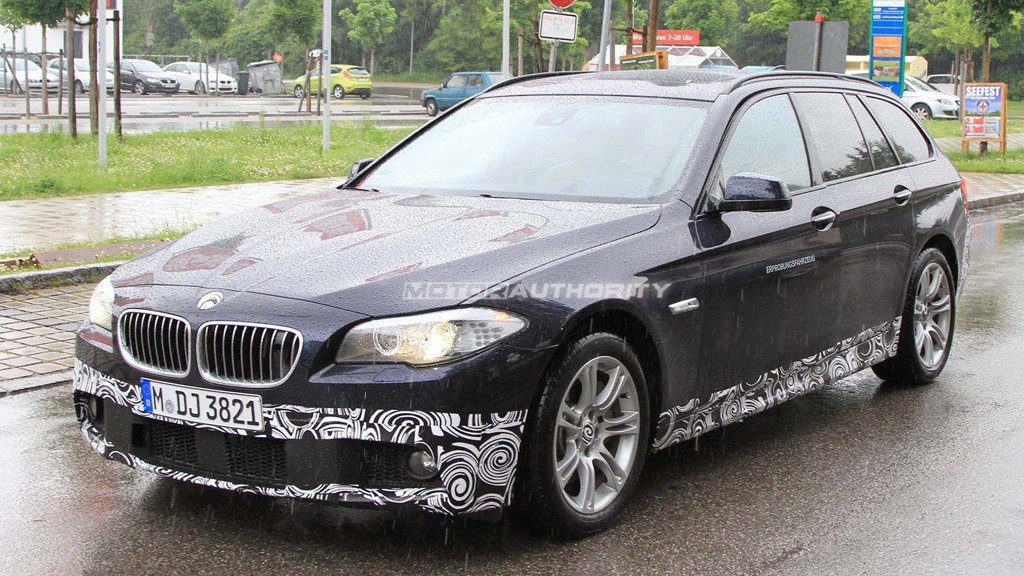 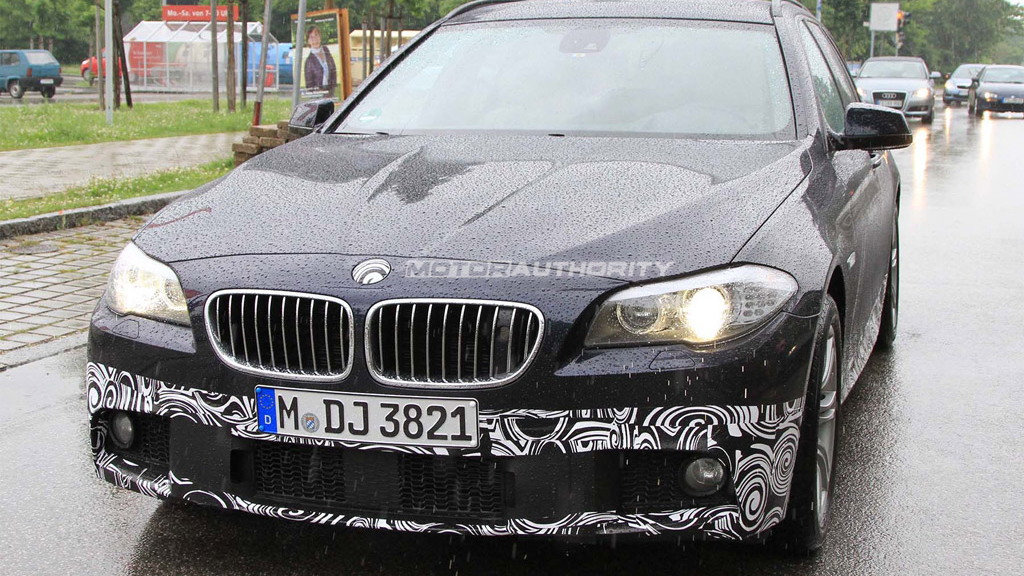 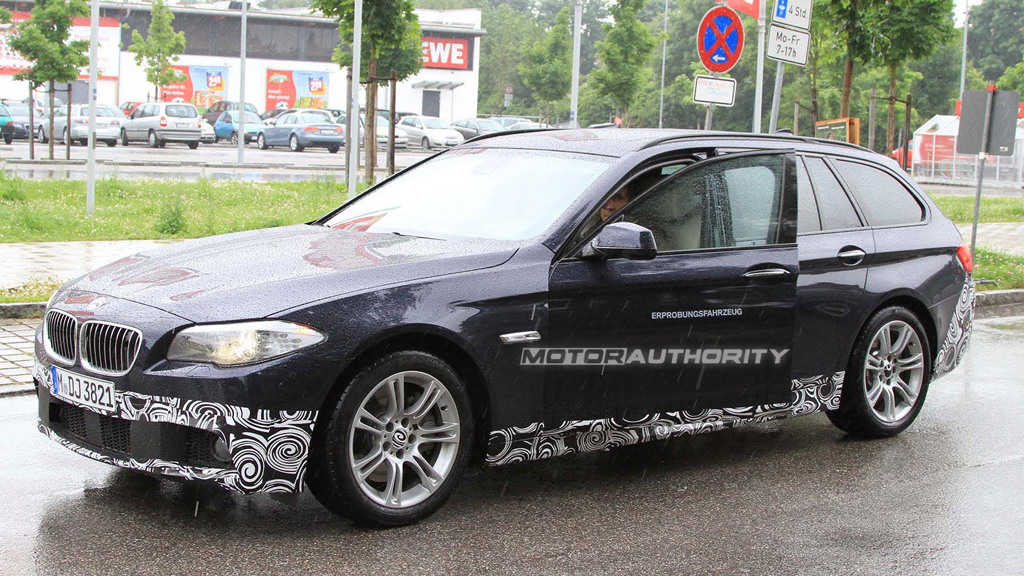 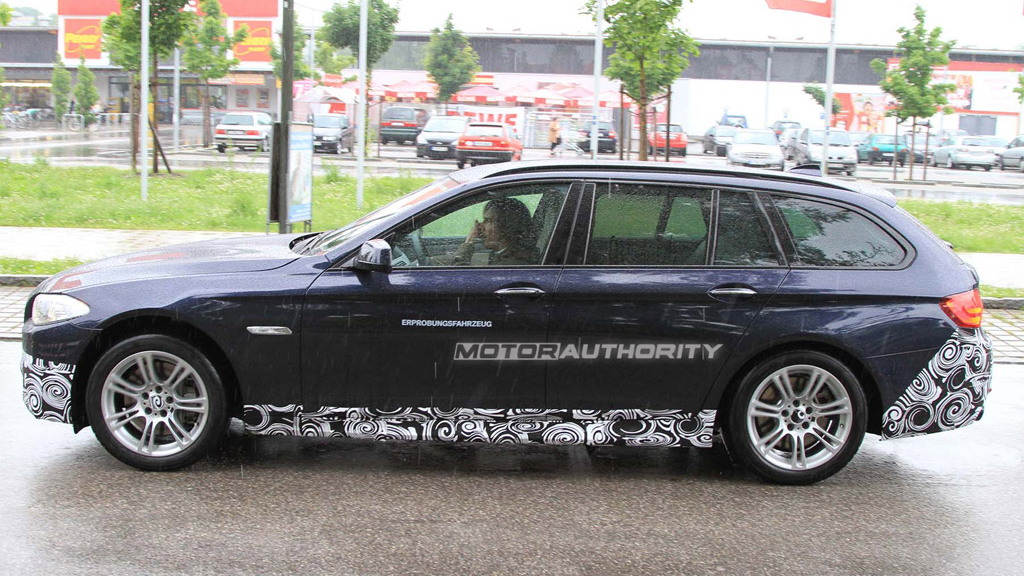 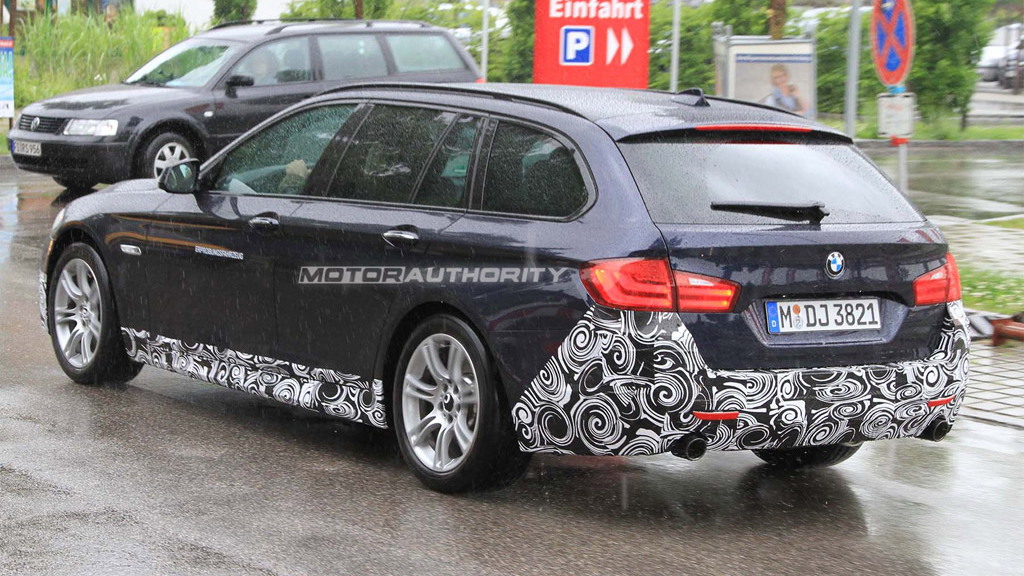 While it isn’t the high-performance M5 that we’re all waiting for, this latest prototype spied testing in Germany confirms that there will also be regular 2011 BMW 5-Series models with some distinct M styling cues.

The M Sport Package for the 5-Series will include the typical exterior upgrades to give a sharper, sportier appearance, along with interior upgrades to enhance the driver-car interface. New pieces should include a BMW M shifter, M steering wheel and M footrest. Carbon-fiber trim is also likely to be available--and yes, both the new 5-Series Sedan and Touring wagon can be fitted with the latest kit.

In combination with the M Sports Package, customers will also likely have the choice of exclusive paintwork and wheel designs.

What’s not clear is whether or not engineers are also testing a range of new BMW Performance accessories designed for the latest 5-Series. Some previous accessories include minor power-up mods, beefier brakes, and transmission upgrades. It looks like we will have to wait until the new 2011 BMW 5-Series M Sport Package is released later this year.

Other models in the BMW fleet available with an M Sport Package include the 1, 3, and 7-Series as well as the X5.