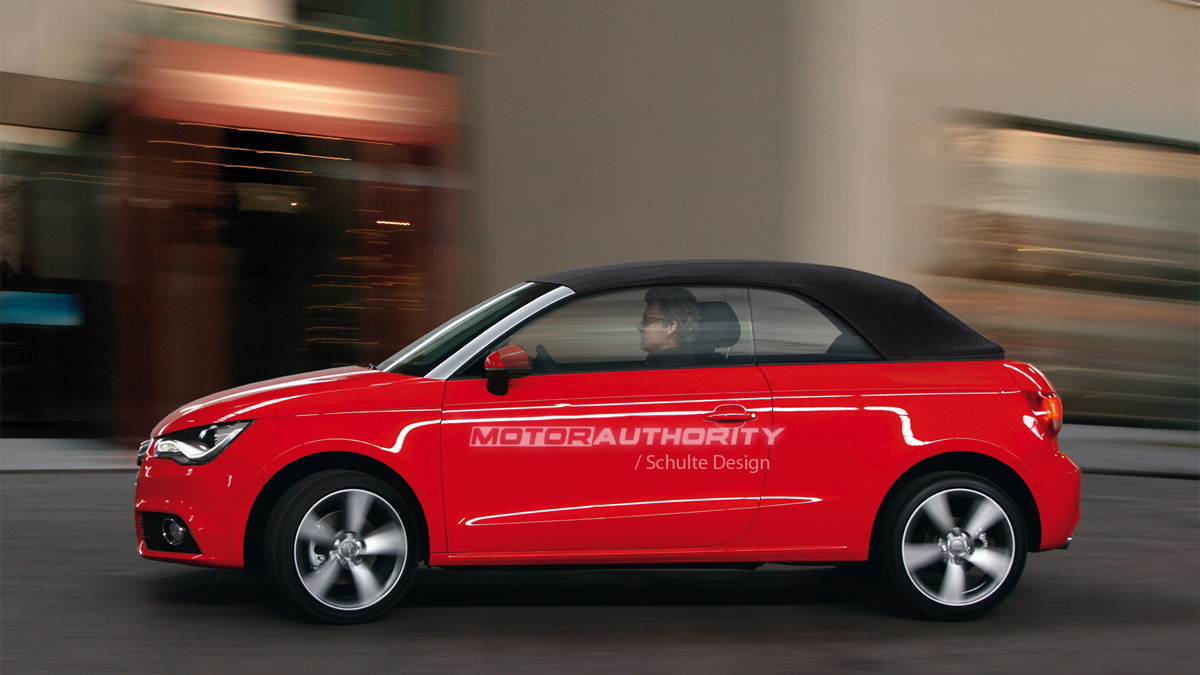 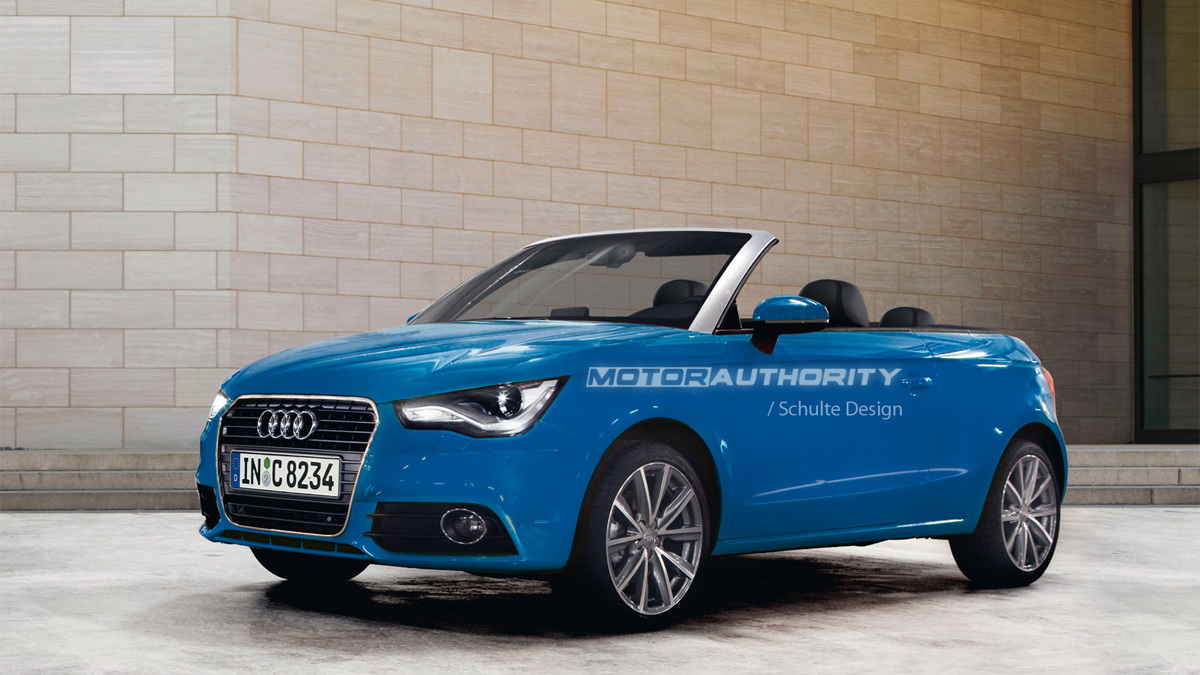 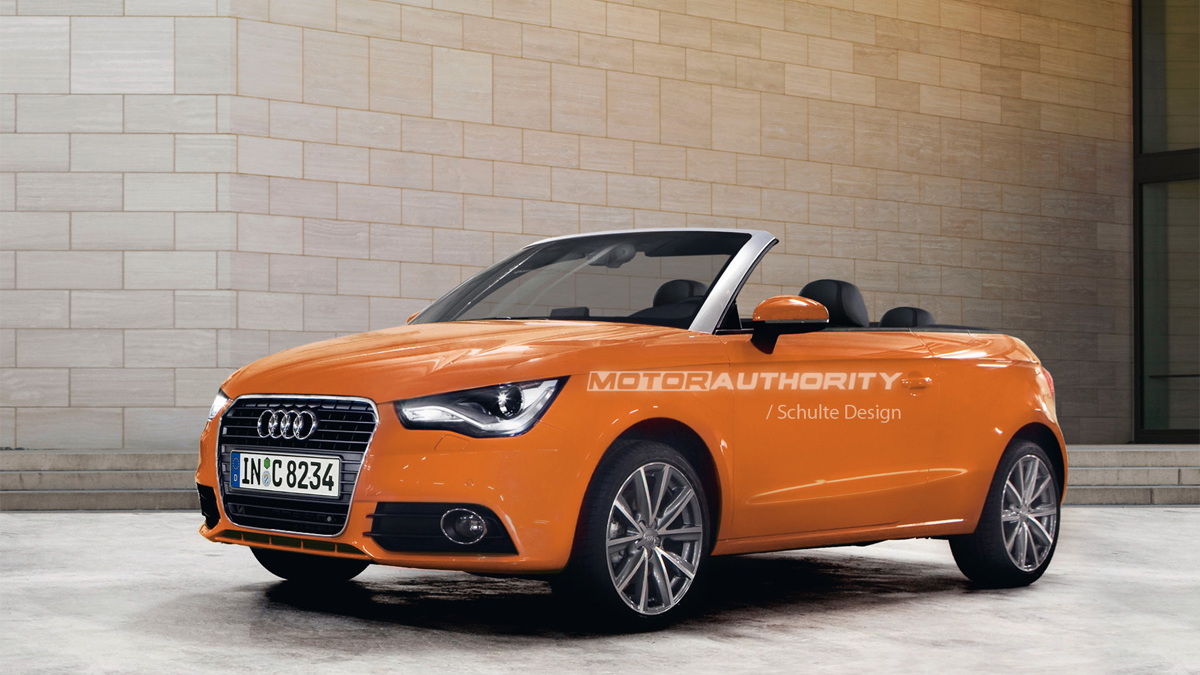 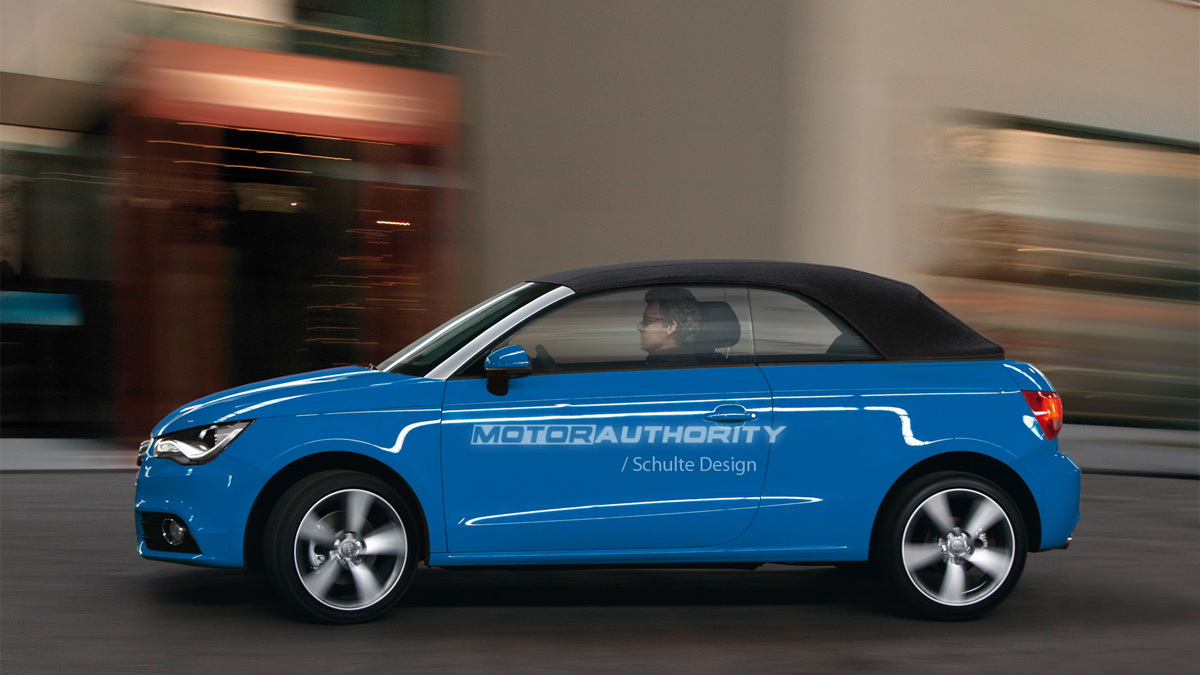 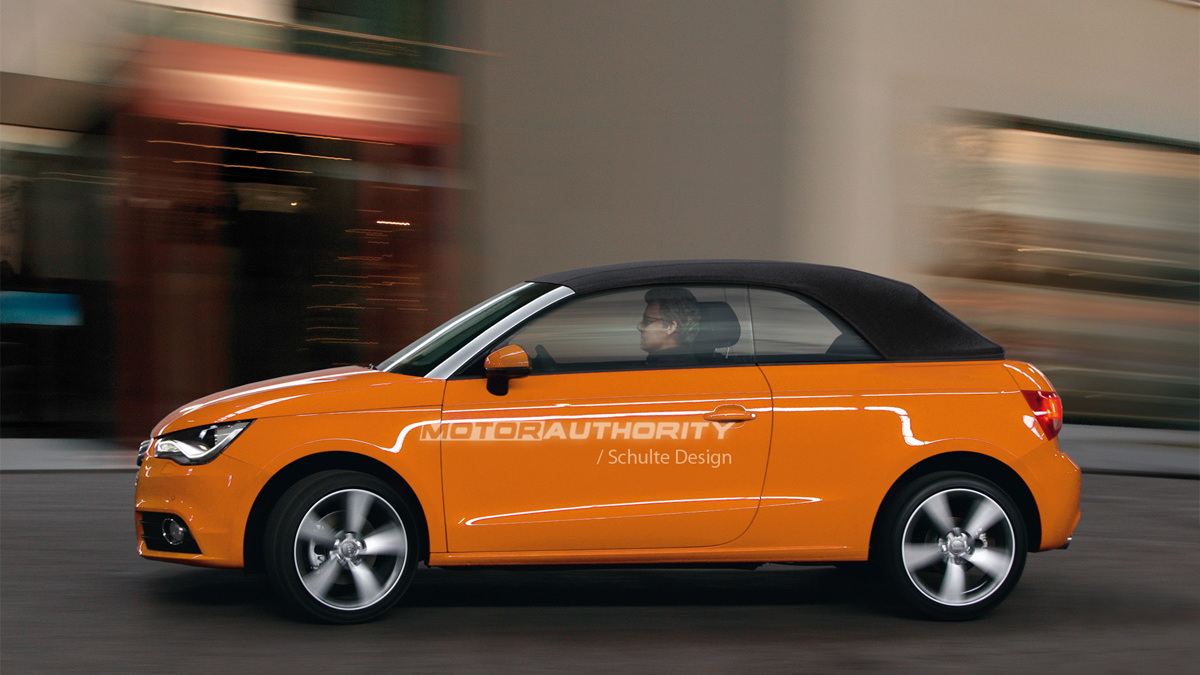 The 2011 Audi A1 just hit the web this week, and though it doesn't look like it's headed to the U.S., we're not giving up yet. In the meantime, we have preview renderings of the Audi A1 Cabrio, one of the family of variants expected to be built on the A1 platform.

The renderings are just what you'd expect: a convertible version of the A1 hatch. No surprises there. Also no surprise is the likely use of a folding soft top. Audi may be billing the A1 as the first true premium sub-compact, but it still has to meet a reasonable price point, so hardtops are likely out.

Power will be the same as the engines found in the the standard A1, including a pair of TFSI gasoline engines, and for Europe at least, a TDI turbodiesel.

The Cabrio will put the A1 closer to equal footing with BMW's range of MINI variants. Fleshing out the rest of the A1 range will be a five-door hatch like the Sportback concept and a high-po S1 variant, good for 200 horsepower from a 1.4-liter twincharged gasoline engine that should prove solid competition for the MINI Cooper S.

Production and sales of the Audi A1 Cabrio are expected to start in 2012. We'll keep you up-to-the-minute on news of the A1's arrival in the U.S., but for now, don't hold your breath.