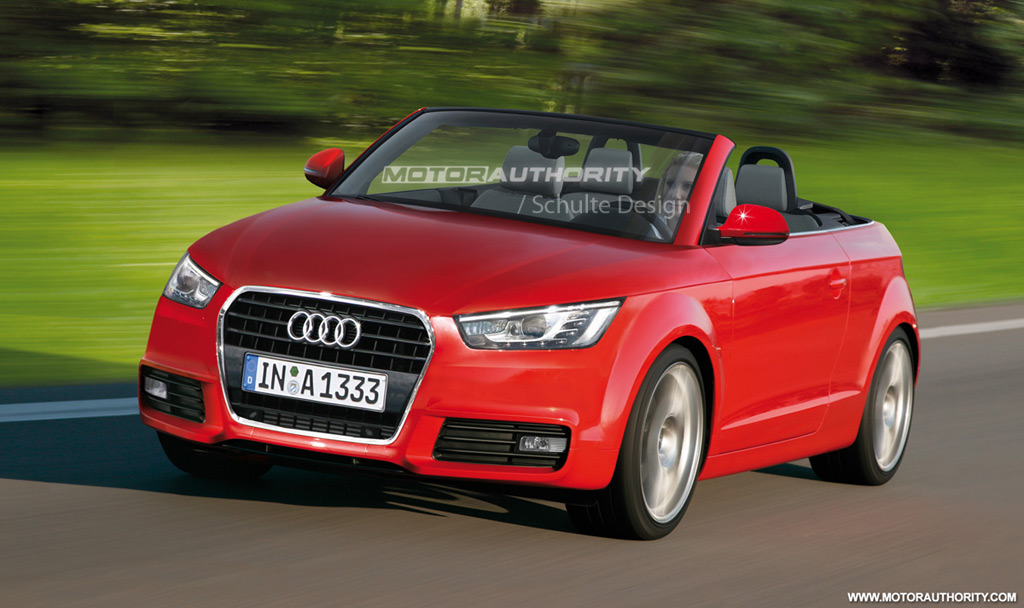 Audi’s new A1 premium compact is expected to hit showrooms in late 2010 but before that we should see a concept version of a new convertible A1, rumored to be unveiled as early as next month’s Frankfurt Auto Show. Aimed at squarely at other compact drop-tops, namely the Mini Convertible, the new A1 Convertible will follow the launch of its hard-top sibling by just several months.

The A1 Convertible will feature an automated fabric roof, but unlike the design of the Mini, where the roof folds away on top of the rear deck, the new A1’s soft-top will store neatly in the trunk when down. This design will allow for rear seats although they will be limited to only fitting small children.

Audi’s CEO has reaffirmed on a number of occasions plans to boost the brand’s lineup to 40 models by 2015, as well as expanding its production facilities. Audi has already confirmed it will invest €200 million in its Brussels plant to prepare it for the new A1 range.

The car will exclusively be built in Brussels and will be available in several different variations in addition to the core Hatchback model. The other variants are tipped to include a Sportback and a possible SUV-crossover.

Audi was originally planning to build around 100,000 A1s per year but with the new upgrades production can now be boosted closer to 120,000 units annually.