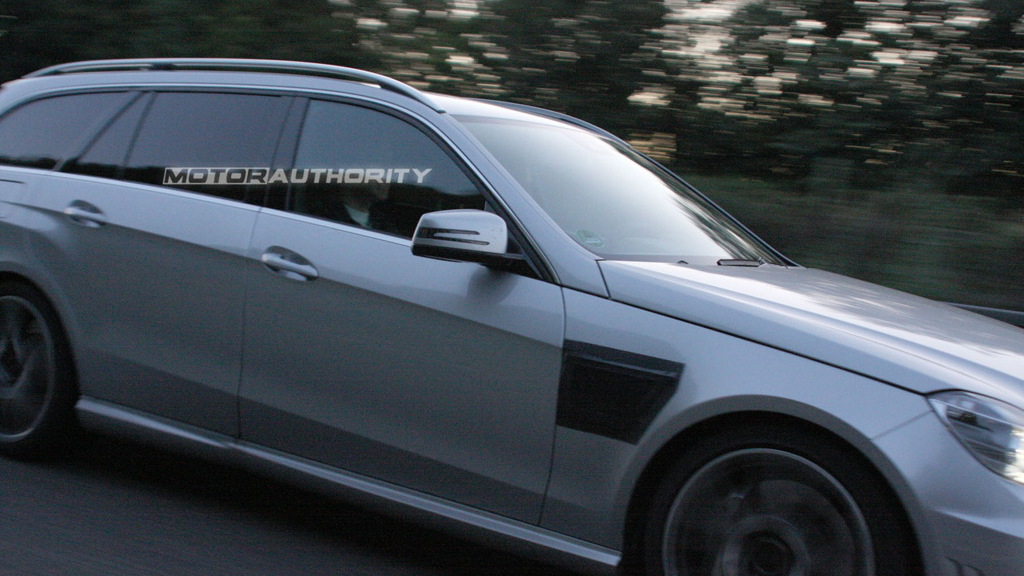 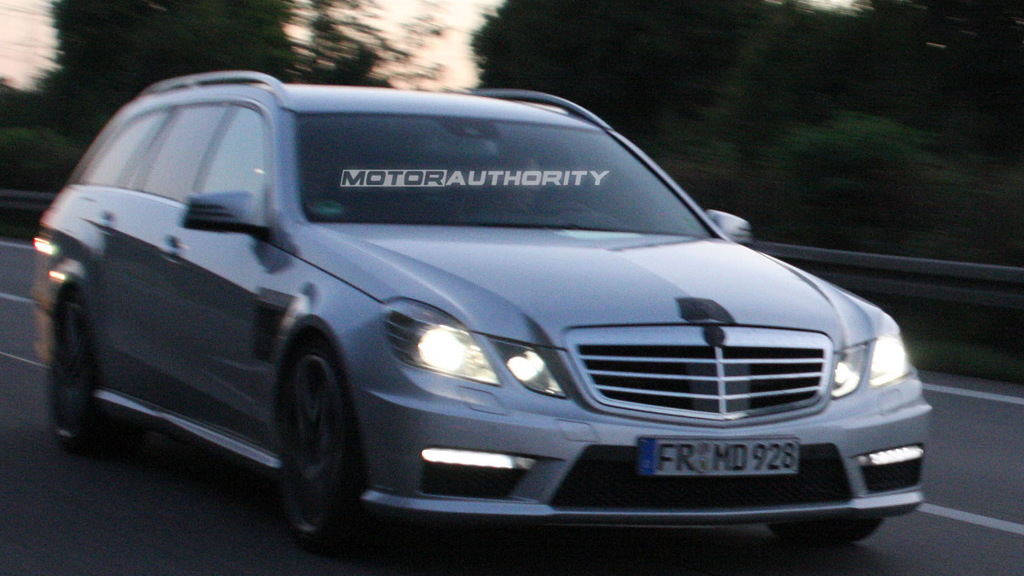 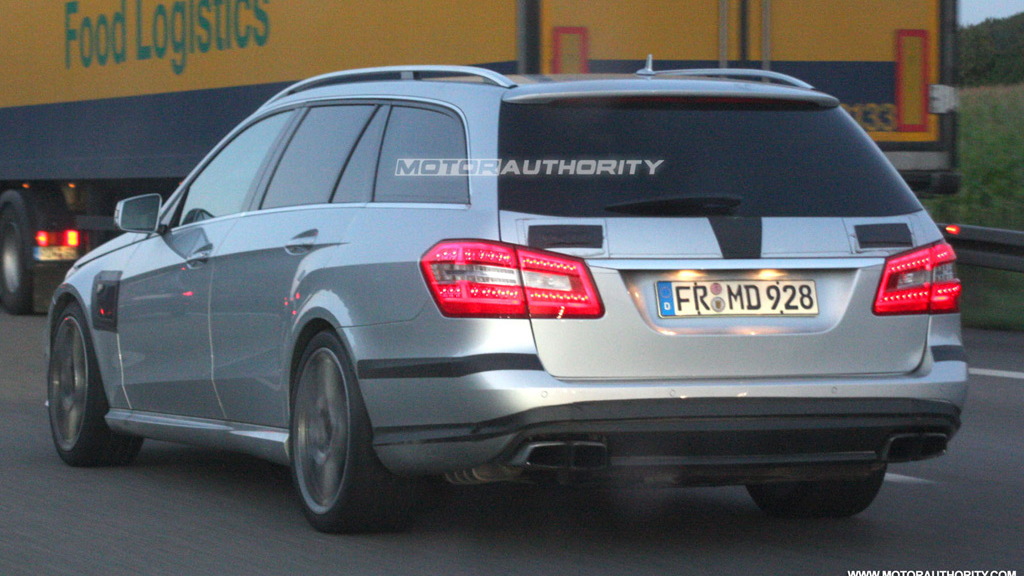 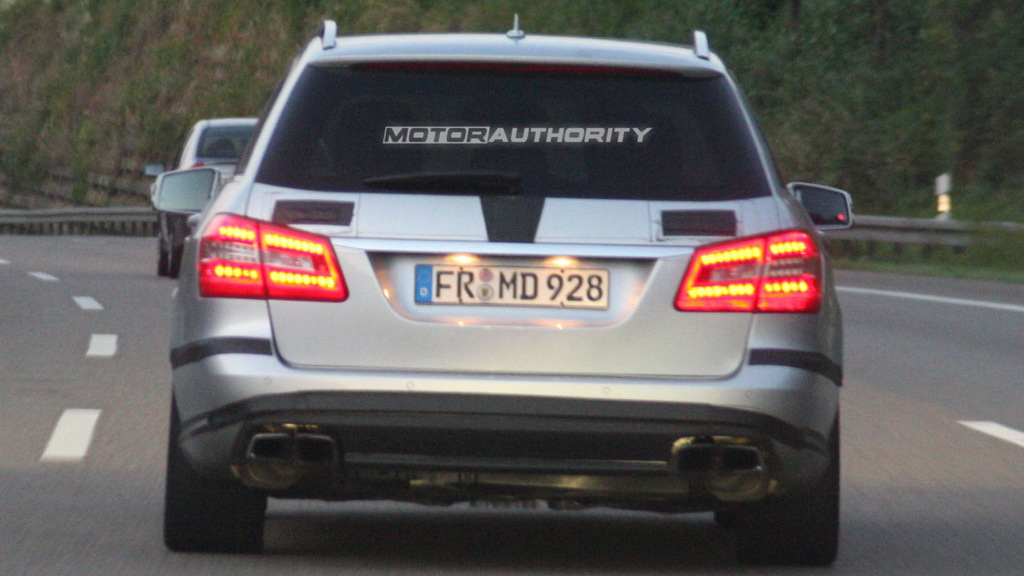 The next-generation Mercedes Benz E-Class Estate has again been spotted in testing but this time the prototype is for the high-performance AMG version of the executive wagon. The images were taken as the test vehicle was testing near Germany’s Nurburgring circuit and reveal the final shape of the car, with only the finer details being masked by the black camouflage material.

A giveaway that this is the AMG version is the exposed rear bumper with quad tailpipes. Other details include perforated brake discs with oversized calipers.

Despite current concerns about global warming and a possible end to the horsepower war between Germany’s in-house tuners, the new E63 Estate will continue with the potent hand-built 6.2-liter V-8, as well as the same mechanical upgrades offered in the E63 Sedan. This means an output of 518 horsepower and 465 pound-feet of torque, with all that thrust funneled through a 7-speed MCT dual-clutch transmission.

This should ensure a 0-60 mph time of around 4.4 seconds but top speed will still be limited to 155mph.

So far Mercedes-Benz has only confirmed the E350 Estate model for the U.S., however, if demand is strong enough hopefully the high-performance E63 family hauler will come too. Expect to see the vehicle make its debut in the first half of next year.