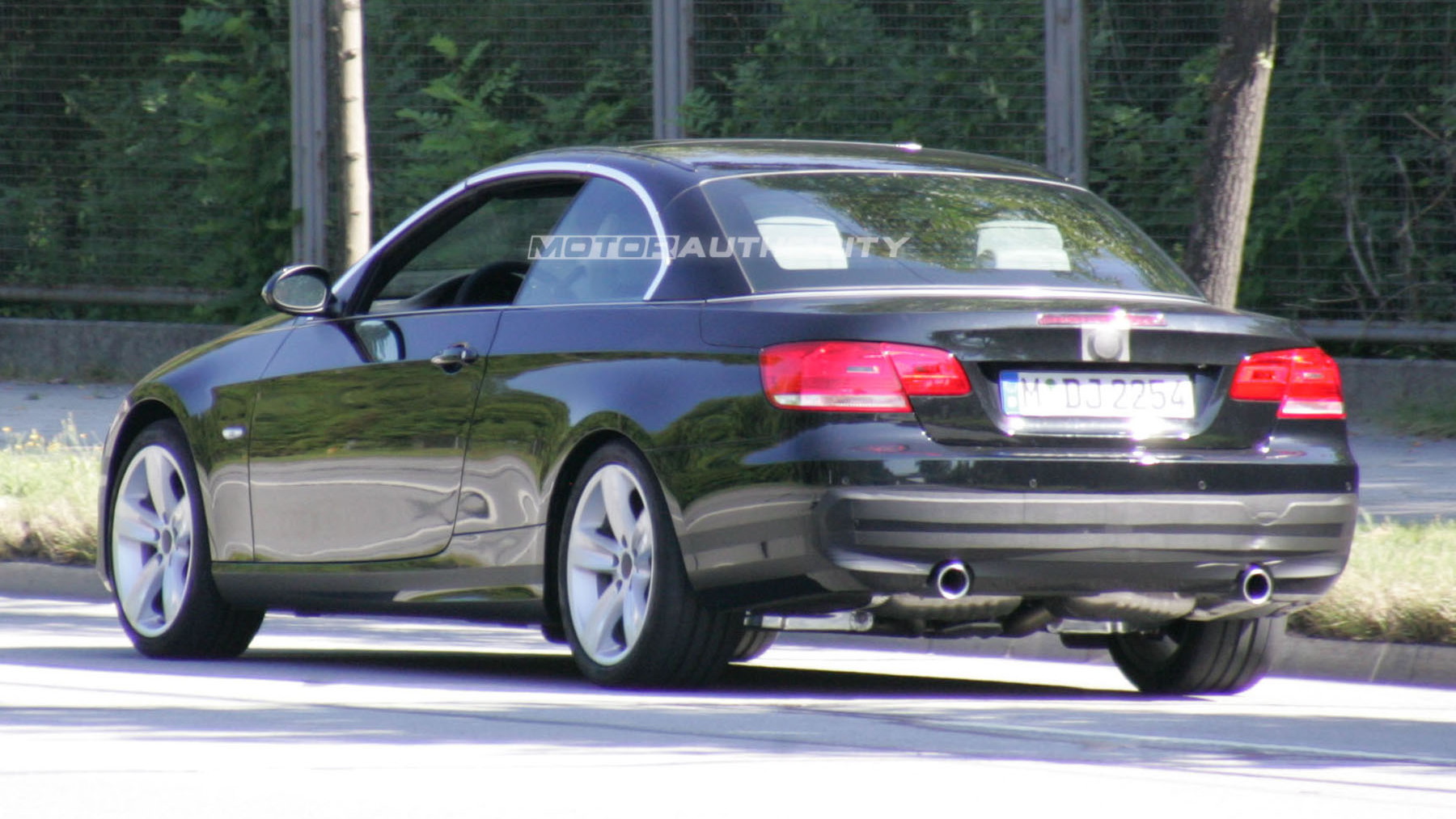 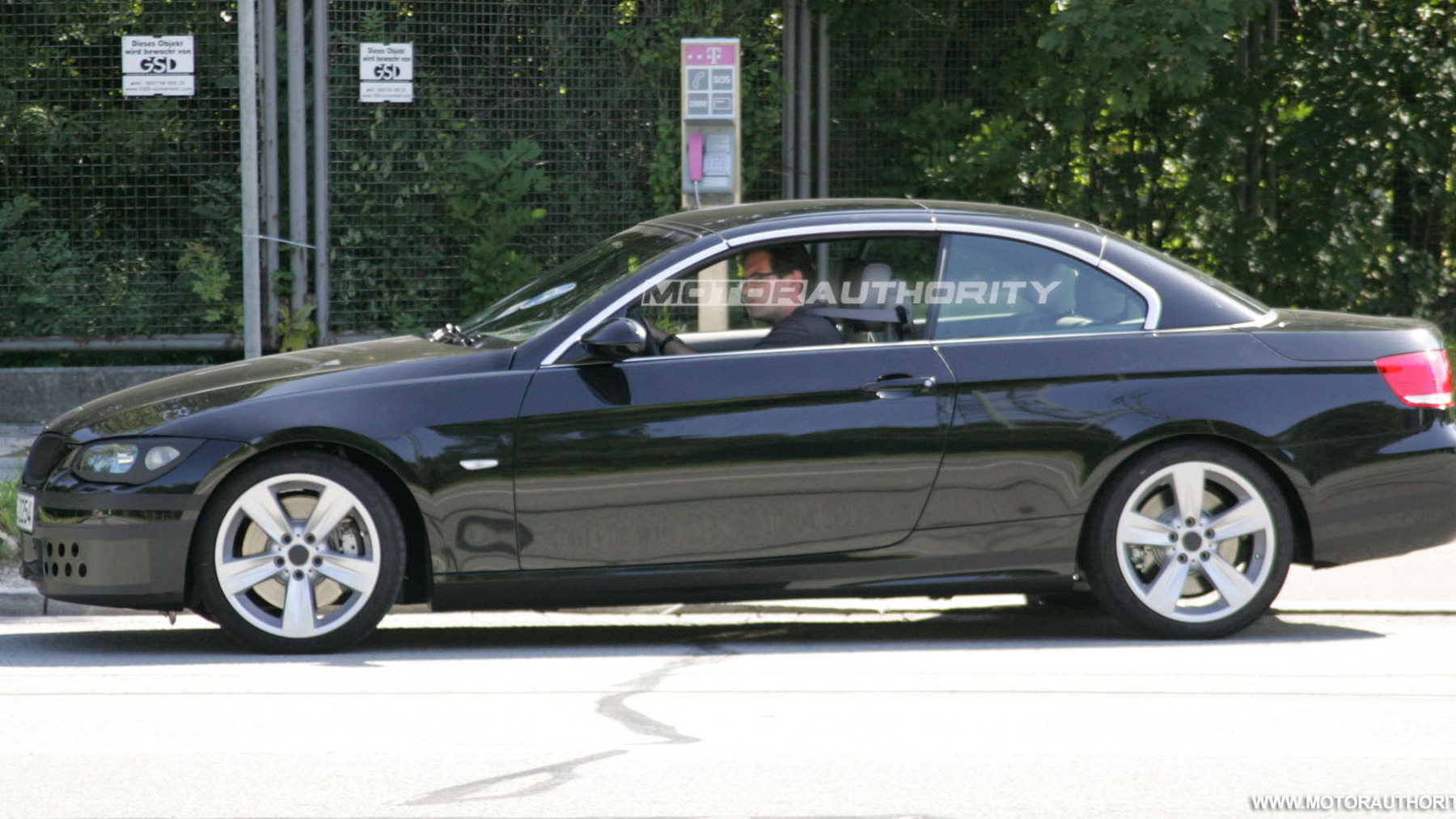 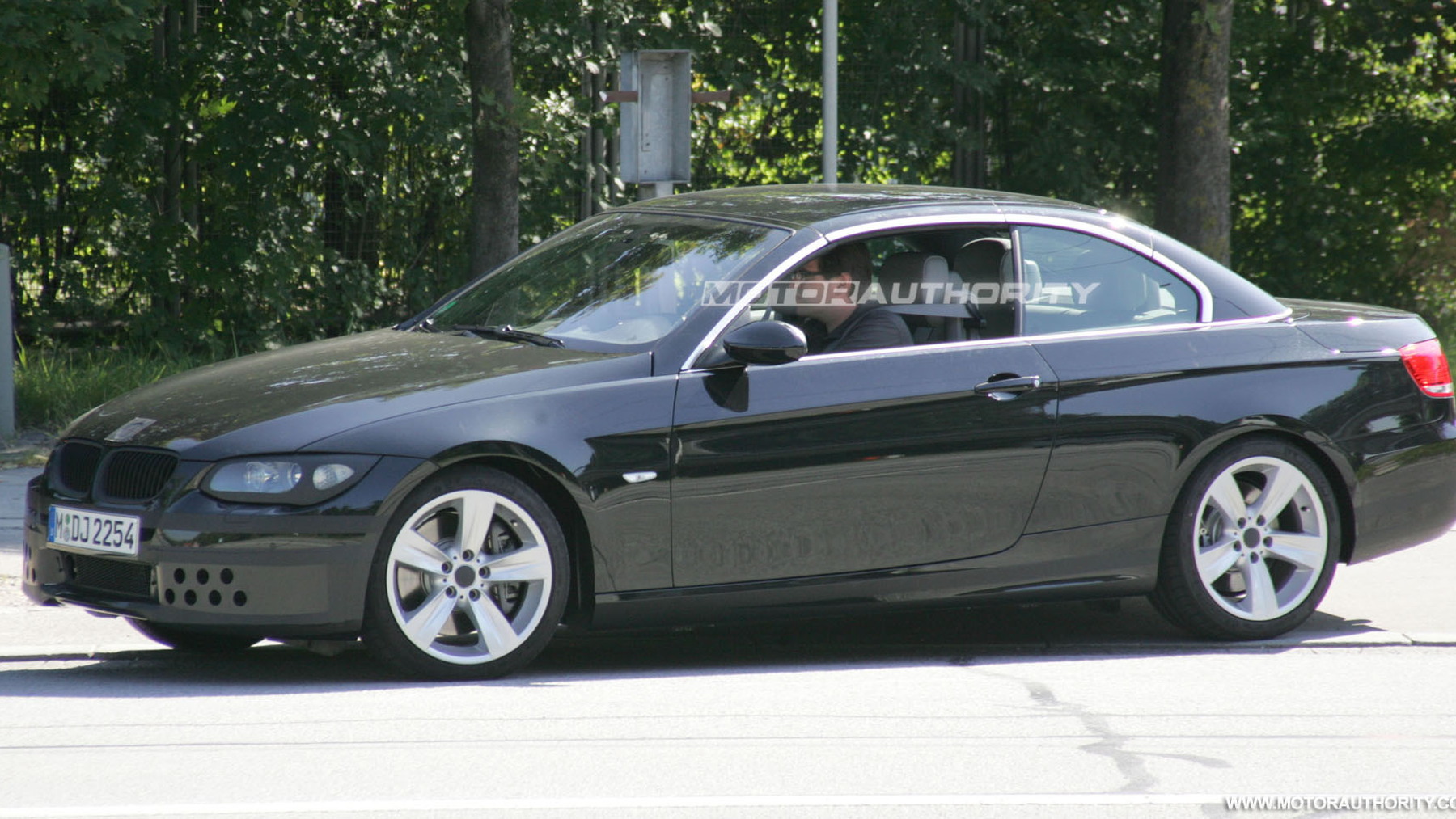 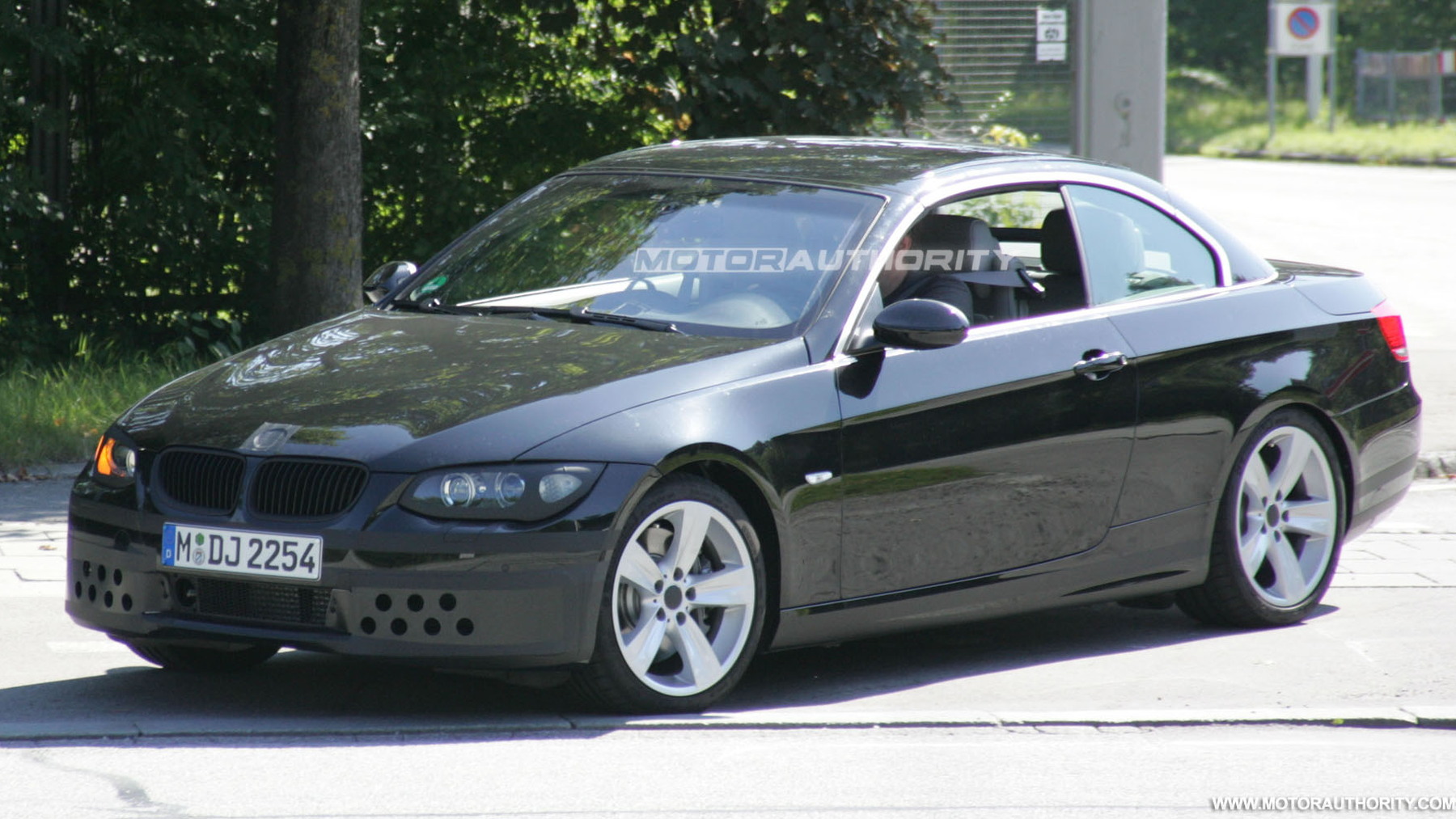 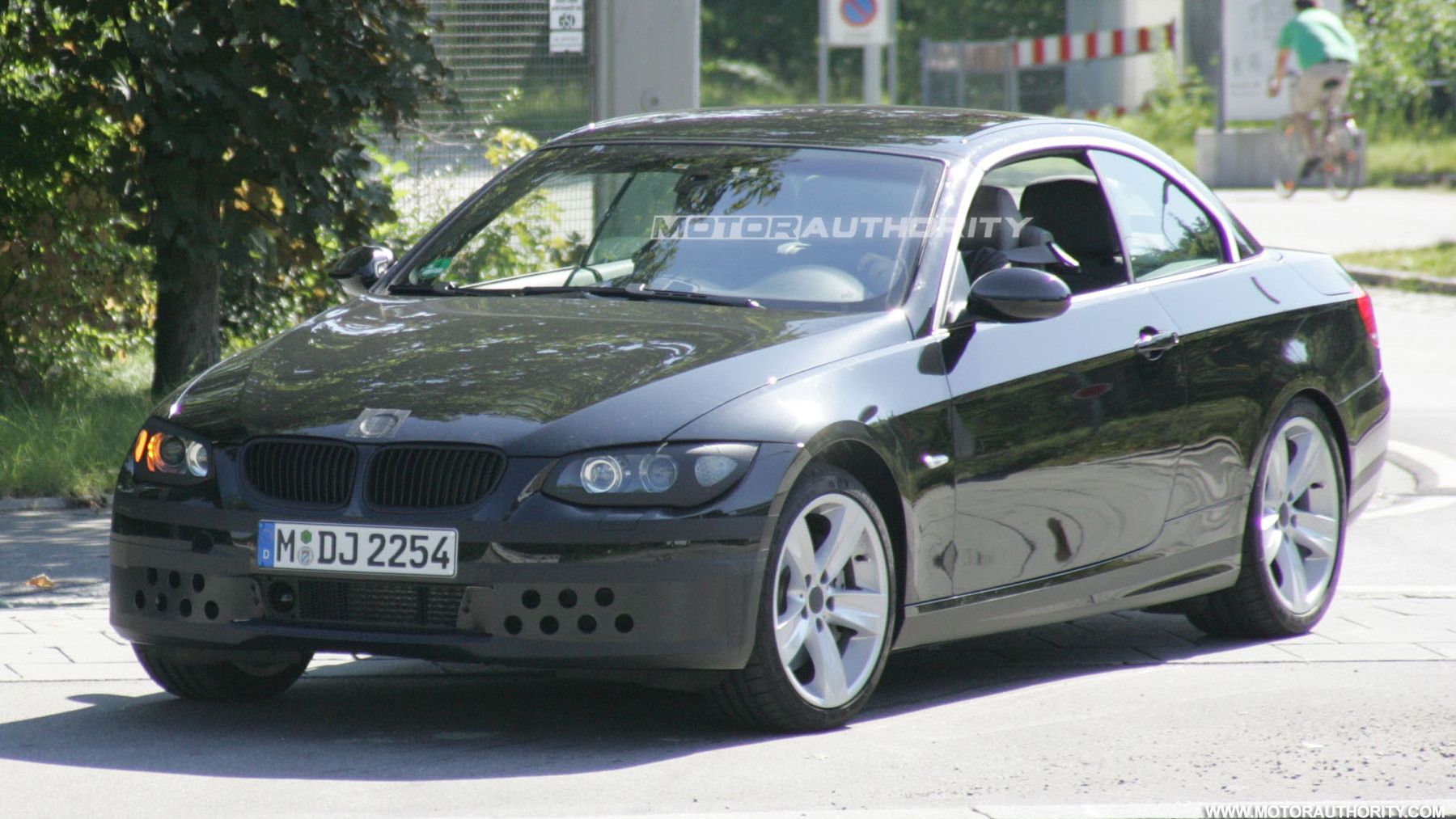 Following in the footsteps of its Sedan sibling, the svelte 3-series Coupe and Convertible is also due for a mid-cycle facelift towards. Today we have images of a prototype for the updated Convertible rolling around the streets of Munich ahead of its expected unveiling at next month’s Frankfurt Auto Show.

Like the facelifted Sedan, which was launched late last year, changes to the Convertible should incorporate some sportier styling, reworked head and tail-lamps, and possibly a wider track.

Mechanical updates introduced in the facelifted Sedan, which should also make their way into the new Convertible include a brake energy regeneration system, an auto stop-start function, electro-mechanical power steering and tires with reduced rolling resistance.