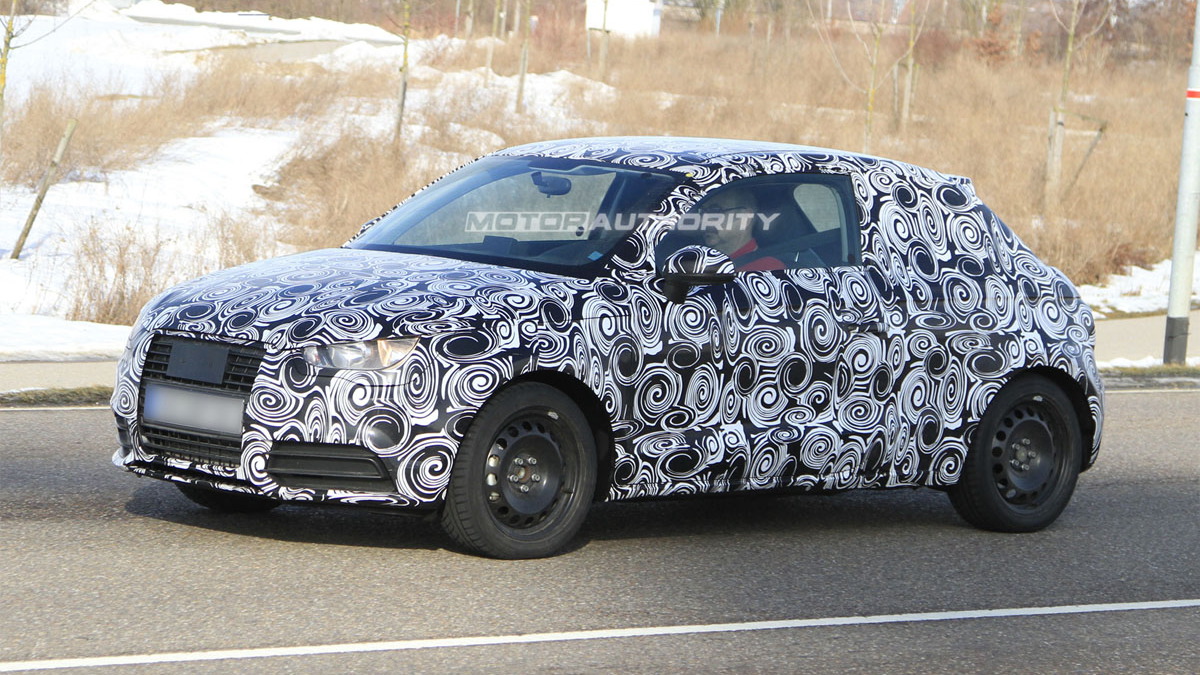 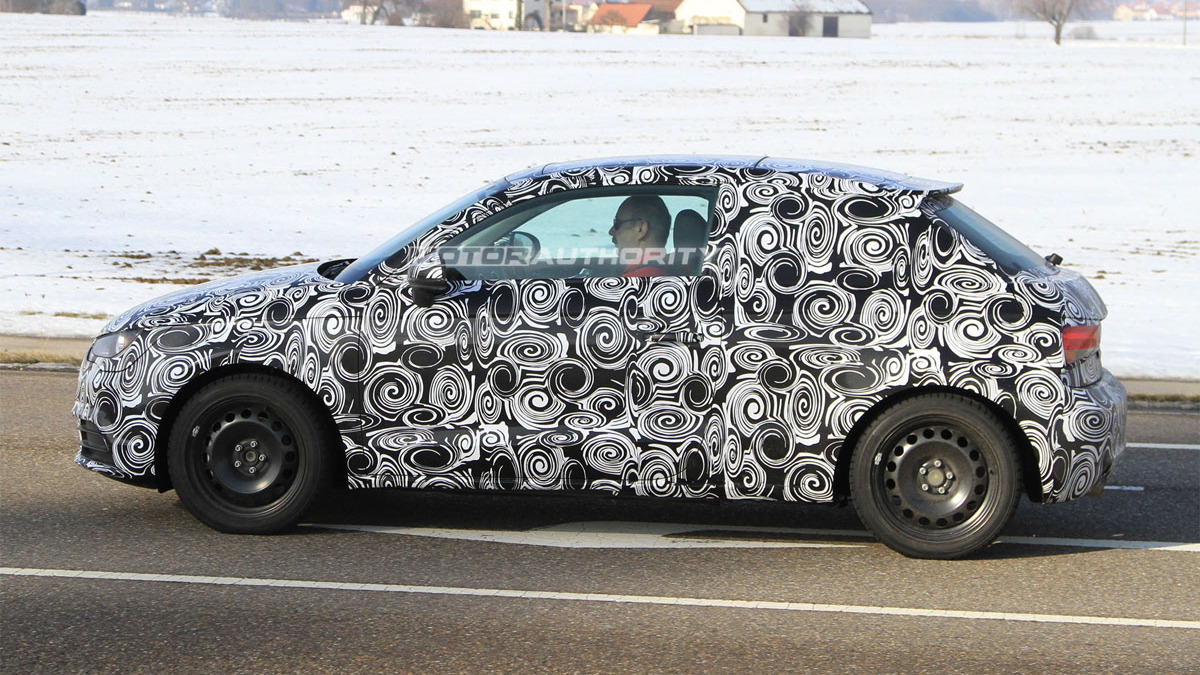 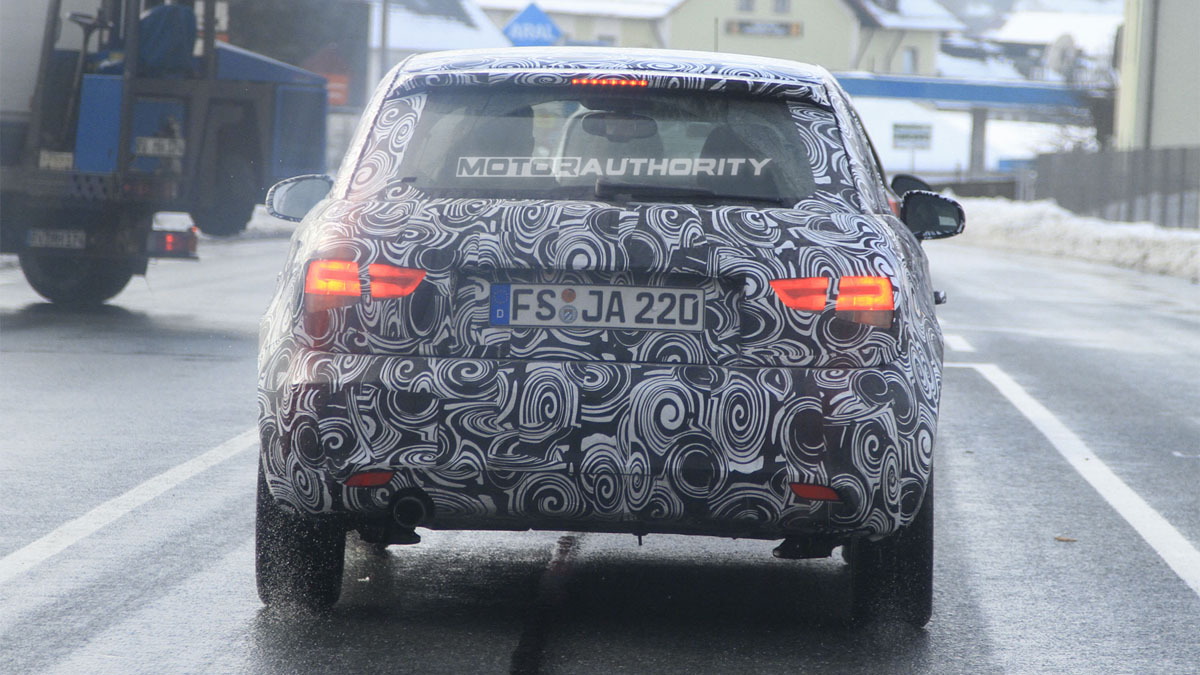 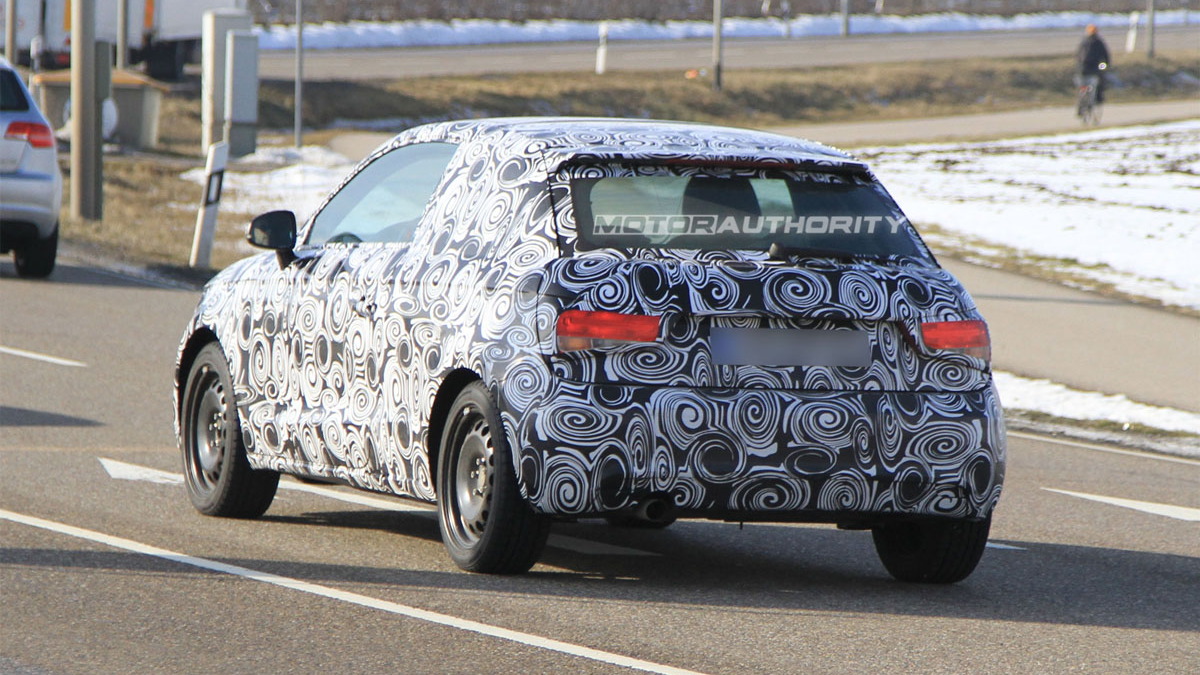 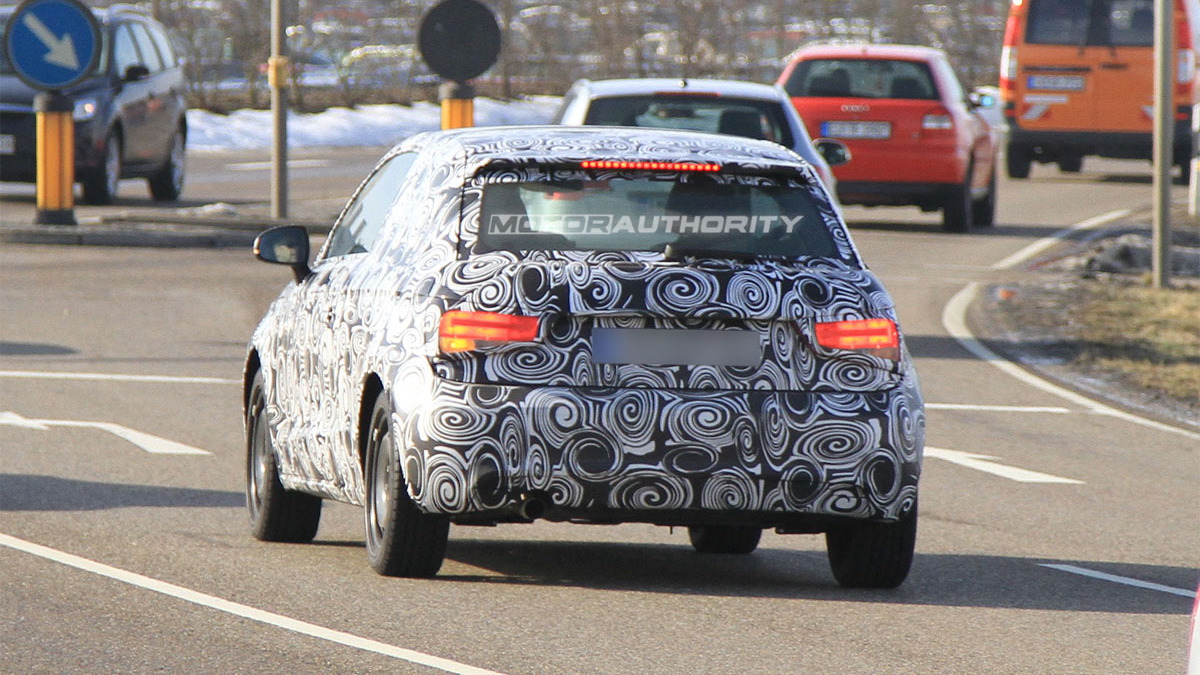 Audi’s 2011 A1 premium compact will be unveiled on the web on February 10, the same day the Chicago Auto Show kicks off its media preview days, but our spies have caught a last glimpse of the car in camouflaged testing action as it readies for its late-2010 production debut. Aimed squarely at other upmarket compact cars, namely the Mini Cooper, the new A1 will be available in several different variants--just like the Mini family--but Audi says the A1 will be the first "true" premium mini.

We've seen numerous previews of the upcoming A1, including glimpses at exterior and interior design, but these spy shots reveal the shape of the grille and LED detailing in the headlights and taillights, and the car's overall proportions. Powertrain options will range from about 1.2- to 1.6-liters in displacement and output up to 200-horsepower in a performance ‘S’ variant. A mild hybrid model may also be offered, as previewed by the 2008 A1 Sportback Hybrid Concept.

Audi CEO Rupert Stadler has reaffirmed on a number of occasions plans to boost the brand’s lineup to 40 models by 2015, as well as expanding its production facilities. Audi has already confirmed it will invest €200 million in its Brussels plant to prepare it for the new A1 range. The lineup is expected to be filled with the regular three-door and five-door hatchback models, but a stylish convertible and a compact MPV are likely to be launched as well.

Audi was originally planning to build around 100,000 A1s per year but with the new upgrades production can now be boosted closer to 120,000 units annually.

There’s a strong chance the A1 will be arriving in North America. Late last year Peter Schwarzenbauer, Audi’s head of sales, revealed that the A1’s launch in North America could help the automaker reach its goal of surpassing BMW and Mercedes-Benz in sales in all markets by 2015.

Though the A1's position as a premium compact isn't something U.S. buyers have had much exposure to, the credit crunch and subsequent curtailing of salaries may have opened the door--along with higher average fuel prices--for a feasible, if small, sales market for the car.