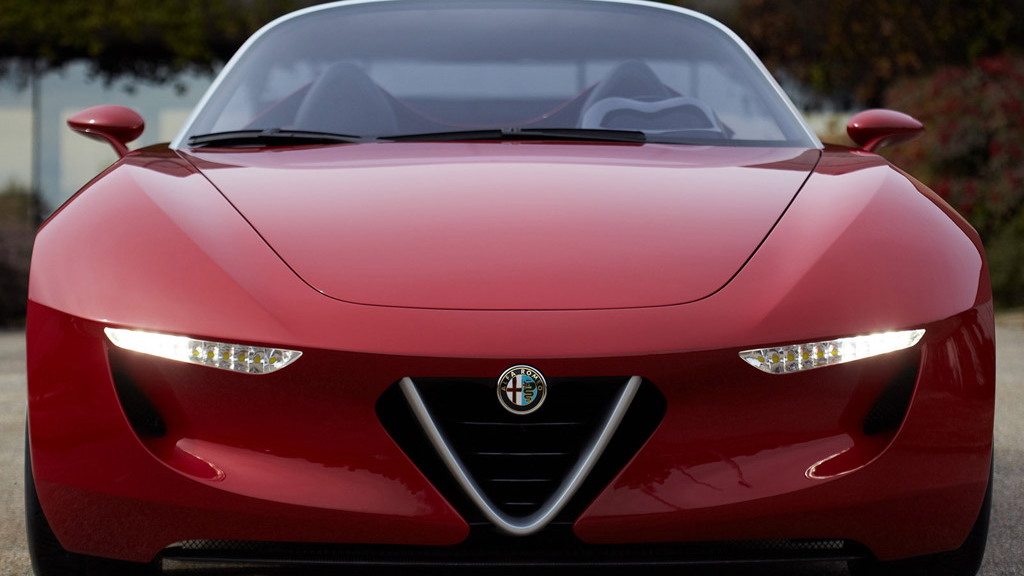 Back in January we first reported that Alfa Romeo was planning a trio of new concept cars previewing its replacement for the 159 sedan for the 2010 Geneva Motor Show. Today, the first of these concepts has been fully revealed in the form of the new Pininfarina designed Alfa Romeo 2uettottanta Concept.

Pininfarina was assigned the task of designing a convertible concept, which the design firm has envisaged as a strict two-seater that draws its styling from past ‘open’ Alfa Romeos. Many are already calling the 2uettottanta a modern day interpretation of the 1966 Duetto convertible that actor Dustin Hoffman famously drove in the movie The Graduate.

With its red bodywork, inspired by the typical Alfa Romeo paintwork, the 2uettottanta is 5.9 feet wide, 13.8 feet long, 4.2 feet high and has a wheelbase of 8.2 feet.

In designing the concept, a clean and elegant philosophy was chosen for this “simple two-seater”. Not surprisingly, the design calls for a 1.75-liter turbocharged engine positioned longitudinally--an obvious reference to the 1750 Veloce of 1968, which itself was one of the many versions derived from the famous "Osso di Seppia" (Cuttlefish).

"With this concept car we want to show the world Pininfarina is alive and kicking," the firm’s CEO, Silvio Angori, explained.

Incidentally, the concept has also been created as part of the celebrations of both Alfa Romeo’s centenary and Pininfarina’s own 80th birthday.

The 2uettottanta Concept will be joined by the Pandion Concept from Stile Bertone and a third concept from Italdesign Giugiaro.