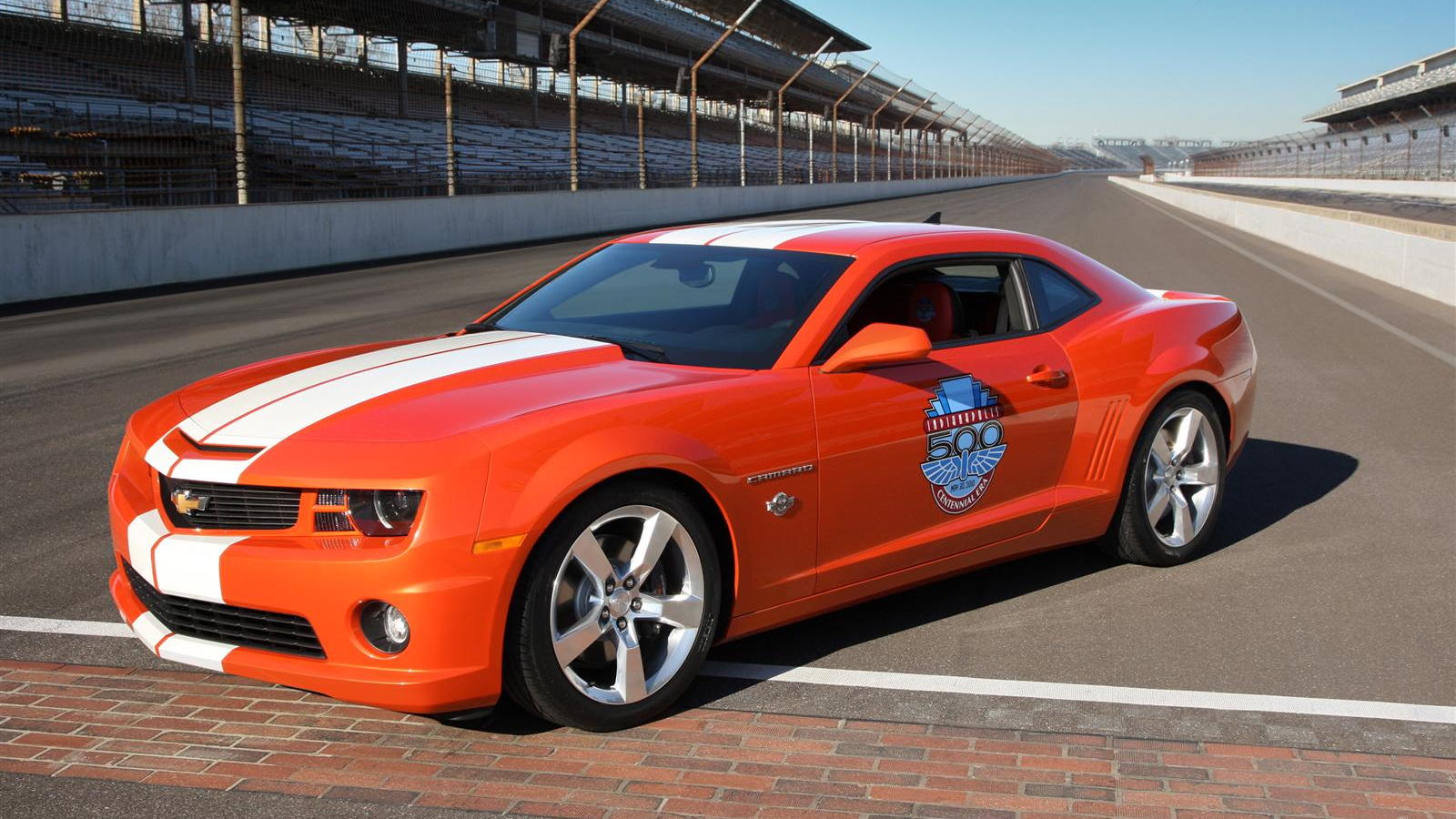 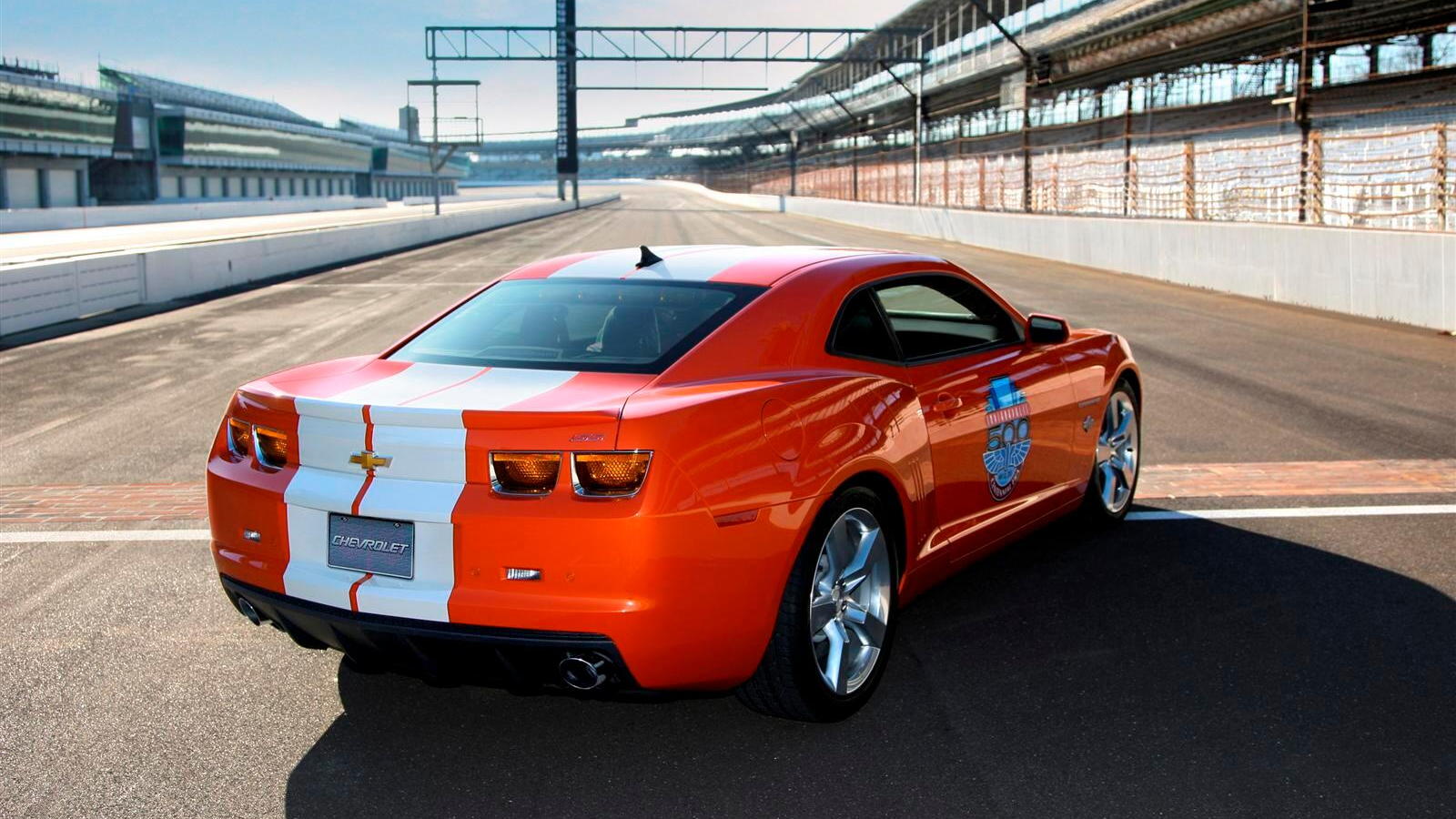 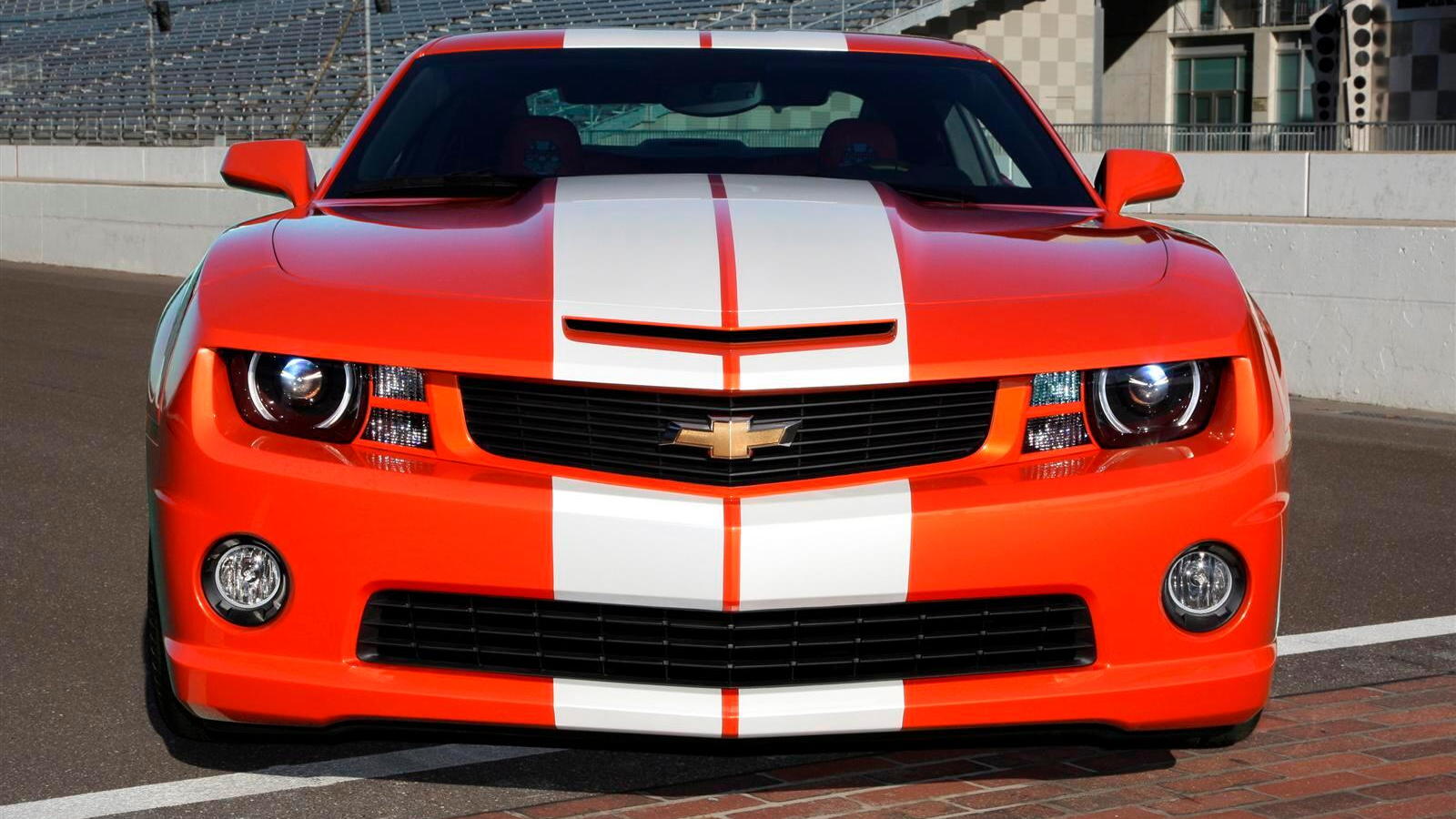 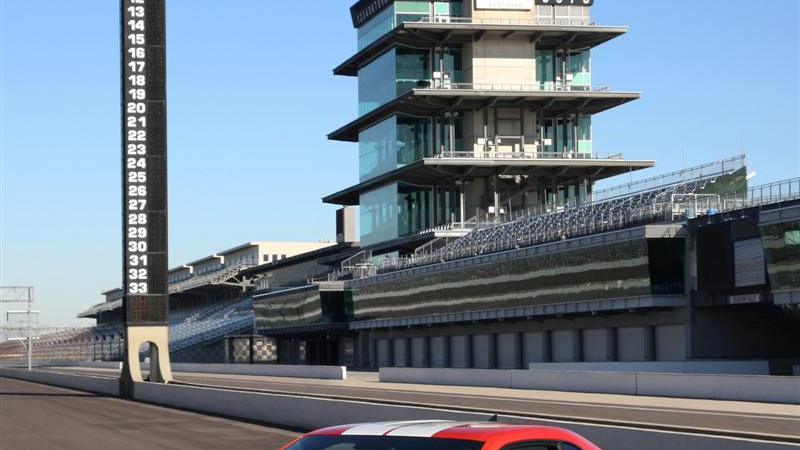 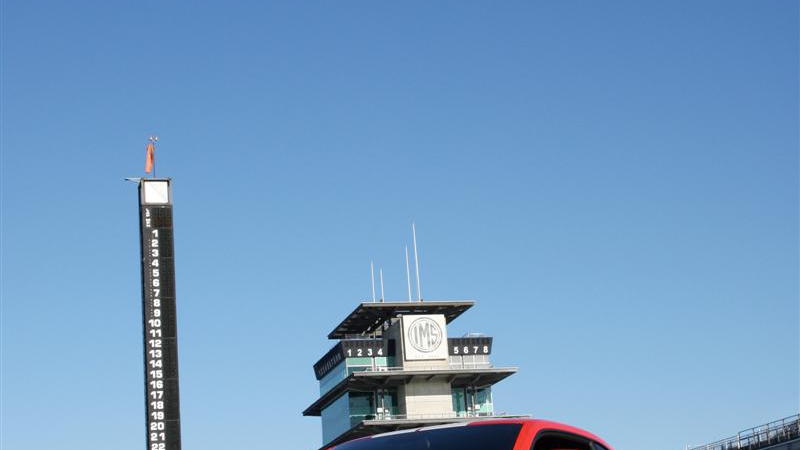 Every year the Indianapolis 500 gets underway with the help of a special-edition car, for the last 10 years it's typically been a Corvette in custom livery. But five times over the race's history, including last year, a Chevrolet Camaro has led the way. The 2010 running will make six.

The 2010 Chevrolet Camaro SS Indianapolis 500 pace car was unveiled today at the Speedway's Hall of Fame Museum today. The car gets a special Rally Stripe paint scheme with white on Inferno Orange Metallic. The stripes cover the instrument panel on the inside, too.

It's intended as a modern take on the theme of the 1969 Camaro pace car--appropriate, considering the 1969 Camaro was itself inspirational in the design of the current-gen vehicle.

Other special features of the pace car version include: the 2010 Indy 500 event logo painted on the doors and embroidered on the front headrests; event logo badges on the front fenders; a new grille insert that will later become available on standard cars as an accessory; amber tail light lenses; a safety strobe system with interior light bar; and GM Accessory floormats with red and orange stitching. The RS appearance package is also fitted.

For power, the pace car makes do with the 400-horsepower 6.2-liter V-8, meaning this is an automatic with the L99 engine, as the stickshift model gets the 426-horsepower LS3.