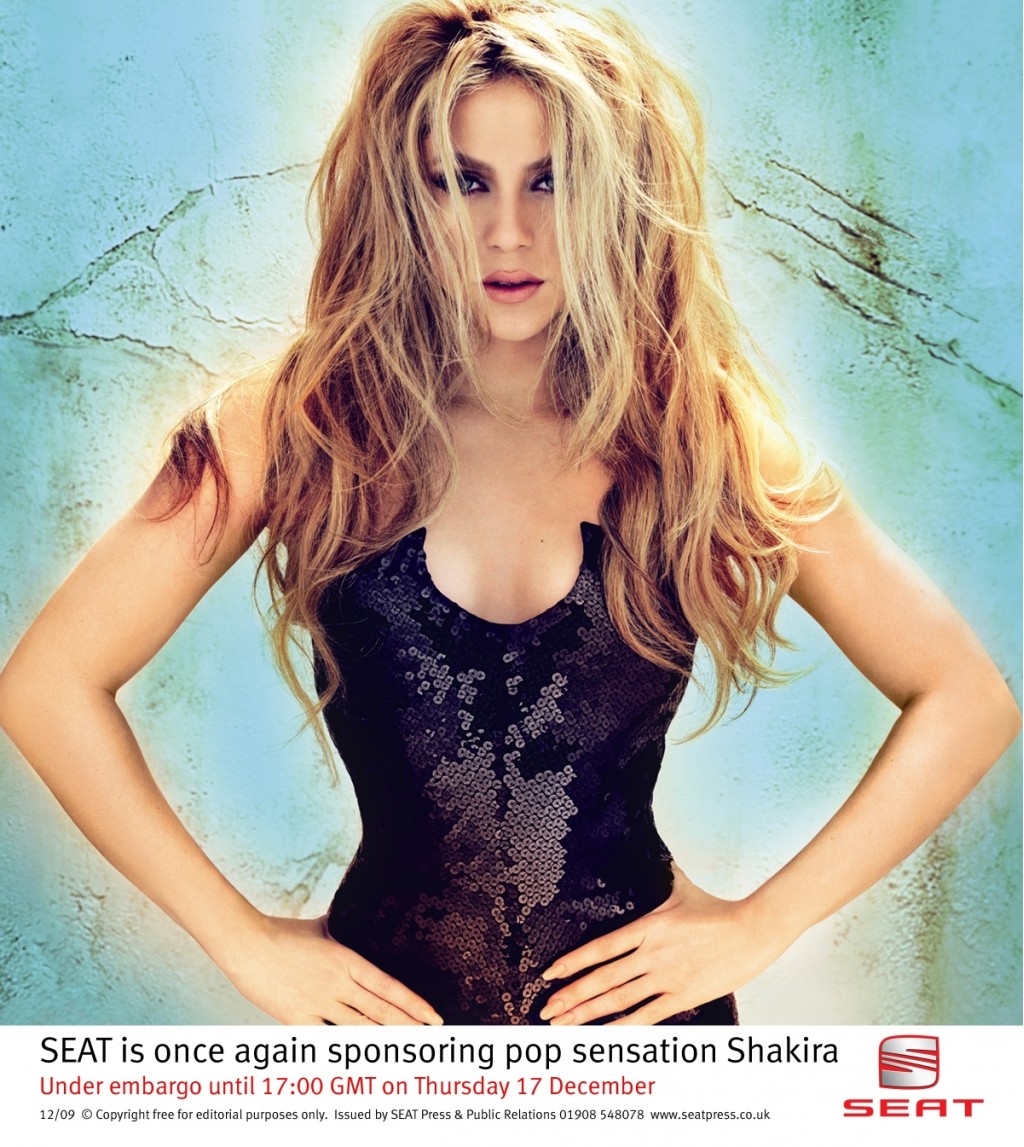 Shakira hooks up with SEAT

As you might've guessed from the photo at left, Spanish automaker SEAT is underwriting Shakira's next European tour. Moreover, SEAT is planning "to enter into close collaboration with the Barefoot Foundation", which was founded by Shakira to provide education to children living in poverty. Exactly what's meant by "close collaboration" isn't sure, but we're assuming it means some kind of cash contribution.

So Shakira gets a sponsor, SEAT gets publicity, and poor children get an education? How the hell are we supposed to snark on that? Feh: Thursdays.

P.S. Yes, we know that's a terrible headline. If you can devise a pun that merges SEAT, Shakira's perky posterior, and hips that do not lie, send it in. We'll give you a gold star or a big serving of paella or something. But for now, we offer only a taste of the scintillating press release. ¡Aye, qué malo!

SEAT AND SHAKIRA GET TOGETHER AGAIN

This agreement will link the young, sporty image of the SEAT brand to the musical talent of Shakira, currently enjoying great success with her latest album She Wolf. The Colombian-born singer will thus become a distinguished ambassador for SEAT throughout her European tour.

The deal will also see SEAT and Shakira support efforts towards universal education.  The Spanish brand will enter into close collaboration with the Barefoot Foundation, created by Shakira when she was just 18, to help provide education for children living in extreme poverty.

This is not the first time that SEAT and Shakira have joined forces for a good cause.  In 2007 the car manufacturer sponsored the ‘Oral Fixation’ European tour off the back of the singer’s Oral Fixation album, taking it to Oslo, Prague, London, Paris, Stockholm and Berlin, among other cities.

SEAT also spearheaded a charity campaign which brought in more than €100,000 for the Pies Descalzos (Barefoot) Foundation.  For her part, Shakira autographed a purple SEAT Leon re-named the SEAT Leon Pies Descalzos.  The car was presented at the 2007 Barcelona International Motor Show to the winner of a draw which included everyone who had made a €1 contribution to Shakira’s foundation.