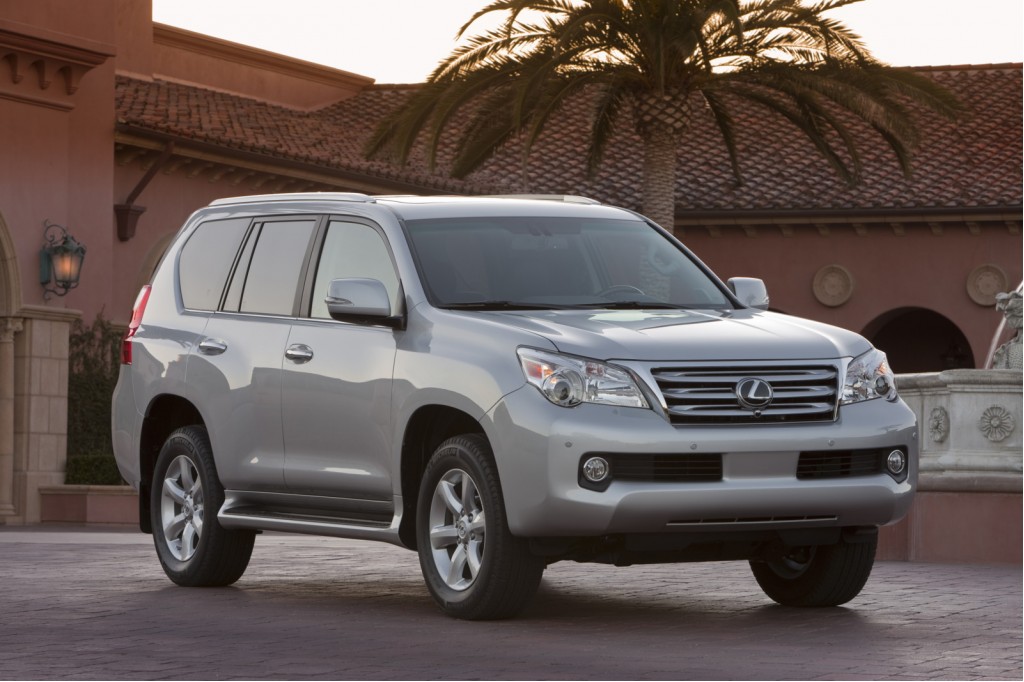 Lexus quietly dropped a pre-holiday treat for luxury-SUV lovers with today's news that the GX will be refreshed for 2010. The new GX will dubbed GX 460 instead of GX 470, due to the switch to a 4.6-liter V-8 engine that will make 301 horsepower and 329 lb-ft of torque. The motor is matched to a new 6-speed automatic transmission, and Toyota is claiming a combined city and highway mpg rating of 17 for the GX 460.

The company is also touting the 10 standard airbags and the available "pre-collision" system, as well as a standard power-folding third row seat.

While the rest of the changes may be minor, the changes to the powertrain are fairly significant. If the 17 mpg claim holds true, that will help the GX resonate with "green" conscious customers.  Adding more power without reducing towing capacity will help, as well.

The GX 470 always has been a strong presence in the Lexus lineup, bridging the gap between the RX crossover and the LX full-size SUV nicely. Adding a new powertrain and making a few minor changes may not add up to a full redesign, but Lexus is betting that "evolutionary" rather than "revolutionary" is the right move in this case.