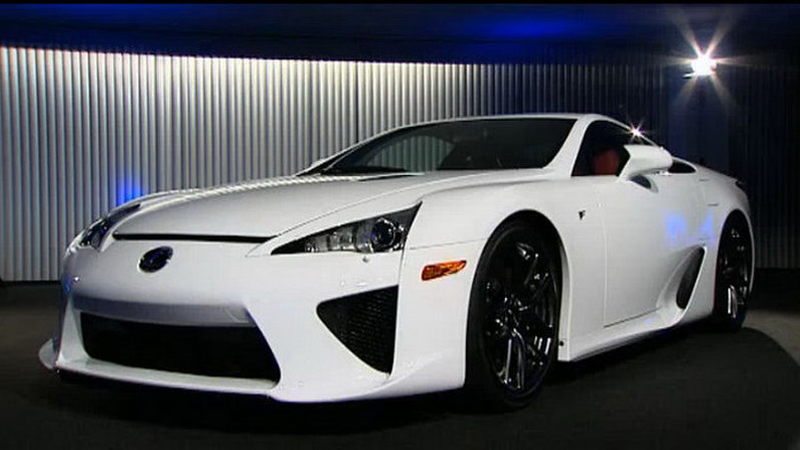 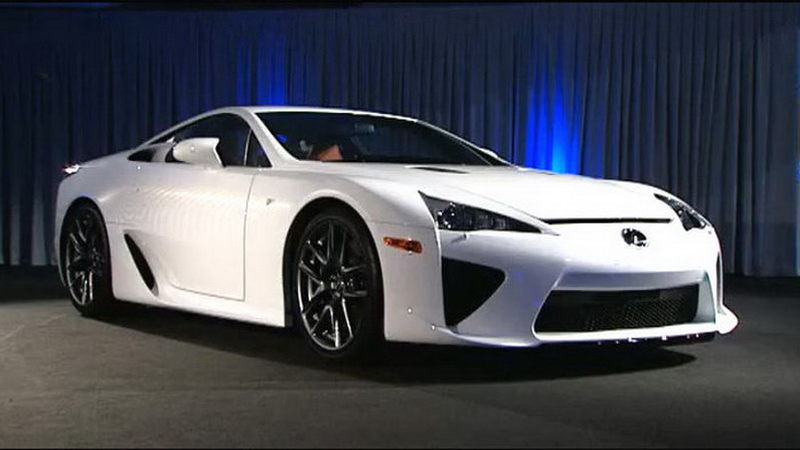 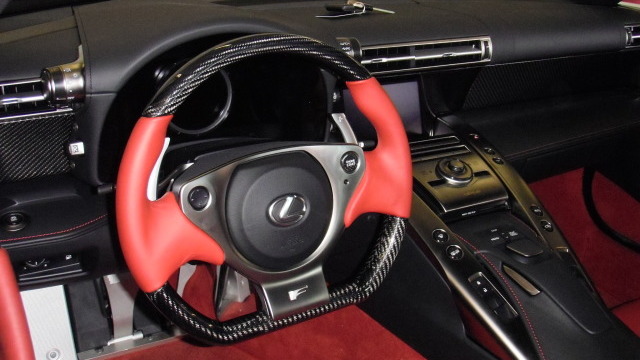 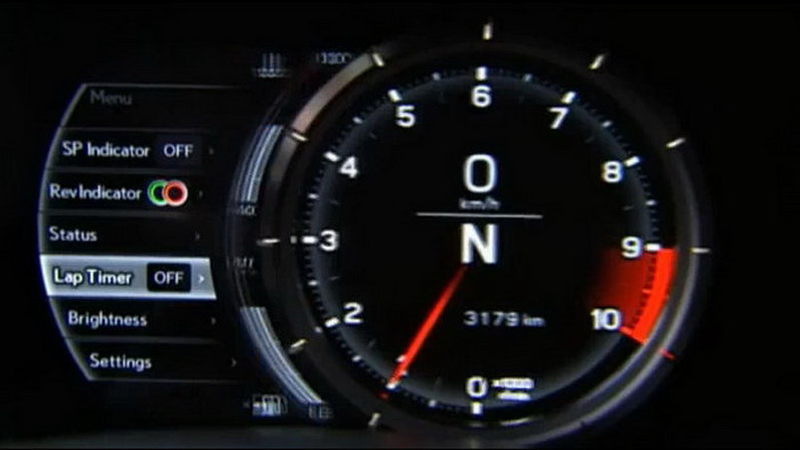 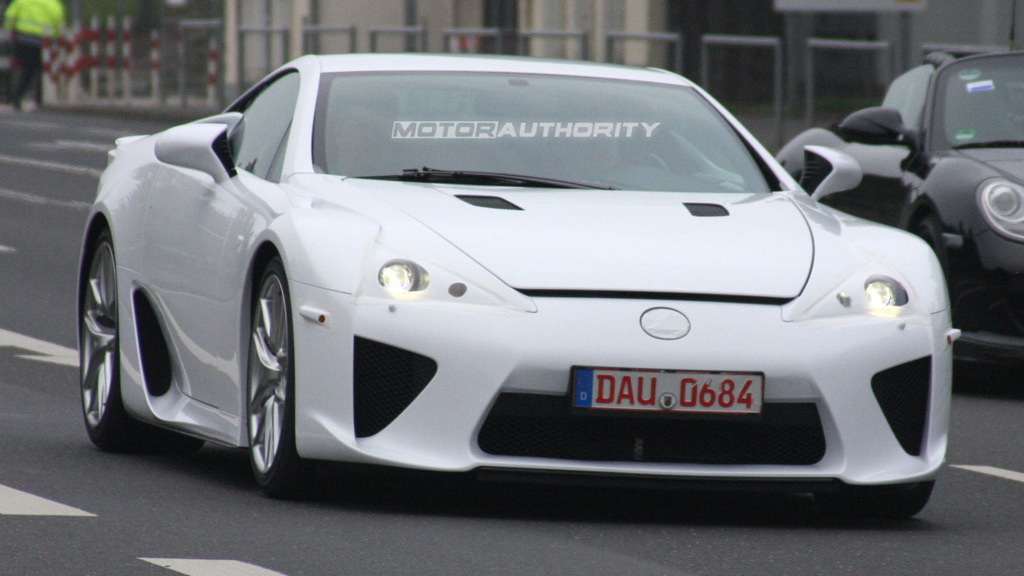 We've been spying the 2011 Lexus LF-A, off and on, for over a year. We've seen it testing all over Europe. It's even contested the 24 Hours of Nurburgring in race car form--twice. But today the car was revealed during a brief test drive in Miami just before its official unveiling, due this week at the Tokyo Motor Show.

A video, recorded and released by Chris Gommeren, a Belgian journalist who recently previewed the 2011 LF-A, depicts the car both on track and in what look like official studio shots, with the car's V-10 exhaust note overlaid all the while.

Despite the somewhat perplexing arrangement of three tailpipes for the 10-cylinder engine, the note does sound particularly pleasing. And the design is undeniably sleek, though it also appears to be, in the mode of the Nissan GT-R, enormous--like a 150% scale model of a typical sports car.

But that's not enough to stop Lexus and Toyota fans, especially those who've desperately longed for a revival of the Supra, from loving every giant inch of the car. Check out the video below, and see where you fall on the fanboy (or girl) spectrum.

Once it debuts later this week, the Lexus LF-A is expected to hit production sometime next year, though only about 500 units are expected to be built. That's just as well, since it will likely cost about $200,000.