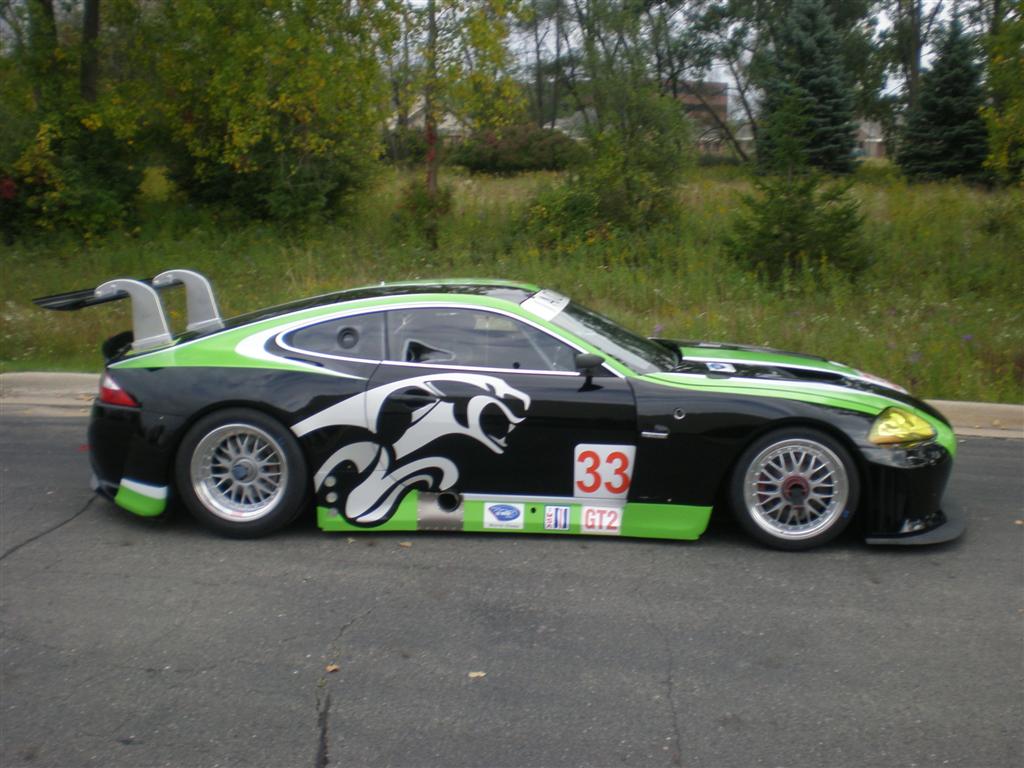 Race cars aren't always directly relevant to road cars, but when they're built directly from production vehicles, it's an interesting exploration of what a car, in this case the 2010 Jaguar XKR, is capable of given nearly unlimited money and talent both behind the wheel and in development. The RSR racing team's Jaguar XKR GT2 is a perfect example.

The innovations made in the production 2010 Jaguar XKR have lead directly to a more competitive and capable race car. “The Jaguar XKR is exceptionally strong and rigid, and the construction method is in advance of the conventional steel stamping that we see in cars today,” explained Paul Gentilozzi, RSR team owner. “That allows RSR to build a lighter, stronger, stiffer racecar. Also, the basic aerodynamic design of the XKR has a low drag coefficient and more than sufficient downforce.”

All GT2-class cars are production based and modified only as allowed by the official ruleset. The RSR Jaguar XKR GT2, for instance, uses almost the entire chassis structure of the production vehicle, plus the production doors, roof and deck lid. Other components had to be modified to accommodate advanced aerodynamics and safety modifications.

The bodywork on the car was designed by the same studio that designed the production XKR, by a team headed by Ian Callum. “The end result is a GT2 car that contains the DNA and the spirit of the Jaguar Design Department and the production car,” said Gentilozzi.

The engine in the car is a modified version of the Jaguar AJ133 V-8 engine found in the production XKR, XFR, XF, XK and a number of other Jaguar-Land Rover vehicles. Other race-specific upgrades include four-corner Brembo brakes, with the fronts getting 380 mm discs and six-piston calipers, and the rears using 350 mm discs and four-piston calipers.

The car will make its racing debut this weekend at the Petit Le Mans at Road Atlanta on September 26. The race is a 10-hour, 1,000-mile endurance contest, scheduled to roll off the start line at 11:15 am EDT.