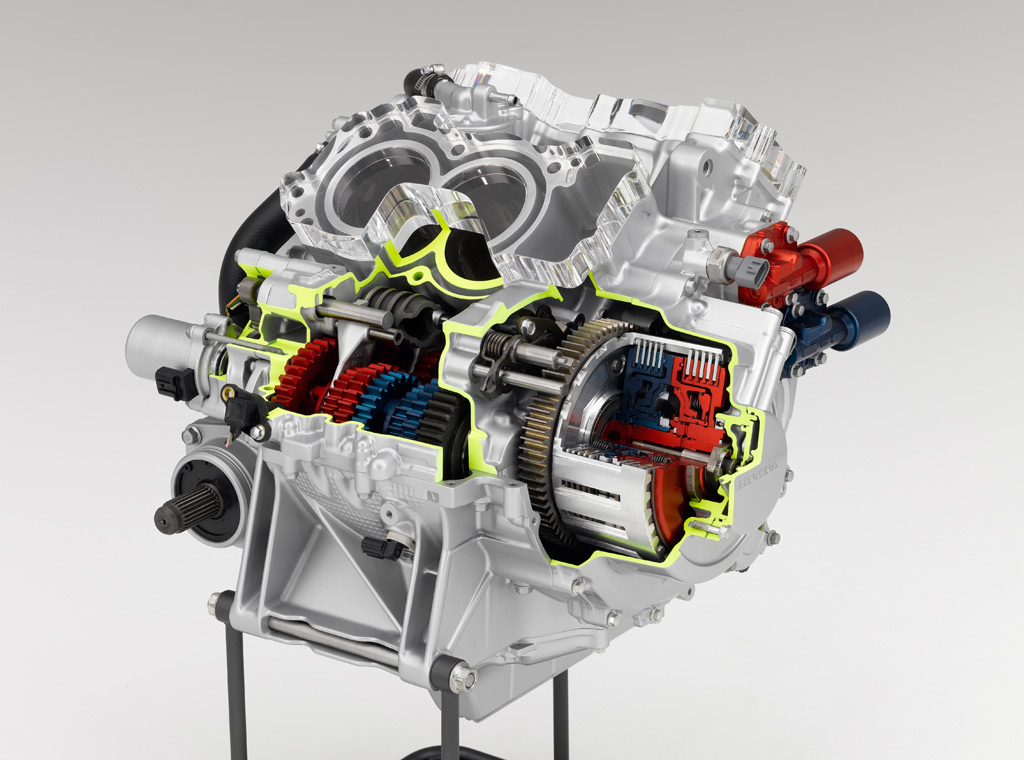 There’s no denying that dual-clutch gearboxes are the way of the future for most automakers, with everything from hypercars like the Bugatti Veyron to fuel-efficient econo cars like the Volkswagen Polo now available with the advanced cog-swapper. Dual-clutch gearboxes offer the comfort and ease of use of an automatic, better fuel economy than a manual, and shift times faster than the gearbox in an F1 car, so it’s only a matter of time until they will become the predominant gearbox choice in the auto market.

Honda is the latest in a growing list of companies to announce the development of a new dual-clutch gearbox, but in an odd move has launched it in its motorcycle range instead of its vehicle range. A new large-displacement sport bike equipped with the dual-clutch gearbox will be released in Europe and North America next year, with sales to commence in Japan at a later date.

The new transmission features a dual clutch transmission configuration in which independent clutches are employed for the odd gears (1st, 3rd, 5th) and the even gears (2nd, 4th, 6th), respectively. While some dual-clutch transmissions tend to be bulky, Honda’s system employs original technologies such as dual input shafts, exclusive in-line clutch design, and concentration of hydraulic circuitry beneath the engine cover to achieve a compact design.

The gearbox is also equipped with three operating modes, two full-auto modes (D-mode for regular operation and S-mode for sporty riding); and a 6-speed manual mode, which delivers the same shift feel as a manual transmission. Honda intends to gradually expand the deployment of the new transmission to more and more of its large-displacement motorcycles, but eventually it should appear in the company’s passenger lineup, including Acura-branded models.