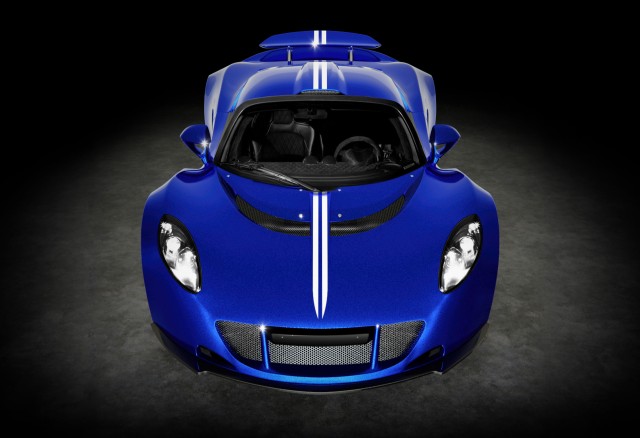 Hennessey Performance Engineering of Sealy, Texas has announced that production of its world-beating Venom GT has come to an end. The last example is a Venom GT coupe marked the Final Edition and clothed in a unique blue finish called Glacier Blue. It’s already been sold at a price of $1.2 million.

It was all the way back in 2007 that Hennessey revealed the first concept drawings for its Venom GT.  At the time, the company was building twin-turbocharged Dodge Vipers that were proving quicker than the fastest production cars at the time, namely the Bugatti Veyron.

This prompted Hennessey CEO and founder John Hennessey to joke about putting his company’s twin-turbocharged Viper engine into the back of a Lotus. The more he thought about it, though, the more serious he became. 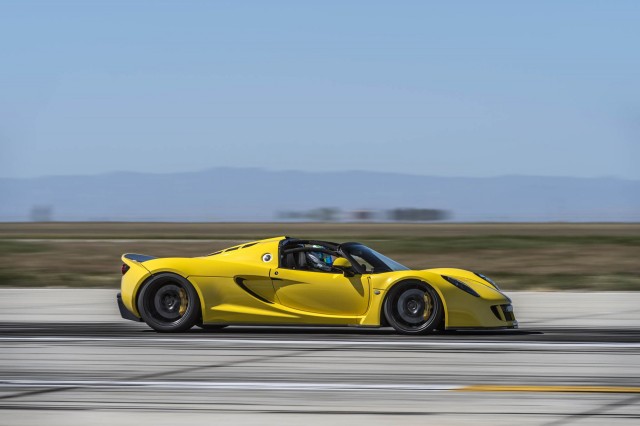 “One day I joked about putting the Venom 1000 Twin Turbo engine in the back of a Lotus Exige,” Hennessey said. “When I saw the sketch, I stopped laughing and really started to seriously think about this idea.”

The car was revealed in coupe form in 2010 with a twin-turbocharged 7.0-liter V-8 offering up to 1,200 horsepower and was later boosted to a staggering 1,451 hp. It also came with a 6-speed sequential gearbox driving the rear wheels, Brembo brakes with 15-inch carbon-ceramic rotors, a programmable traction control system and active aerodynamics and suspension systems. Hennessey also fitted the car with massive Michelin PS2 tires at all four corners and quoted a lithe 2,743-pound curb weight.

A year after the reveal of the coupe, Hennessey announced the Venom GT Spyder and soon after the records began to fall. Among the achievements was a Guinness World Record in 2013 for the fastest car to 186 mph, with the Venom GT requiring just 13.61 seconds. 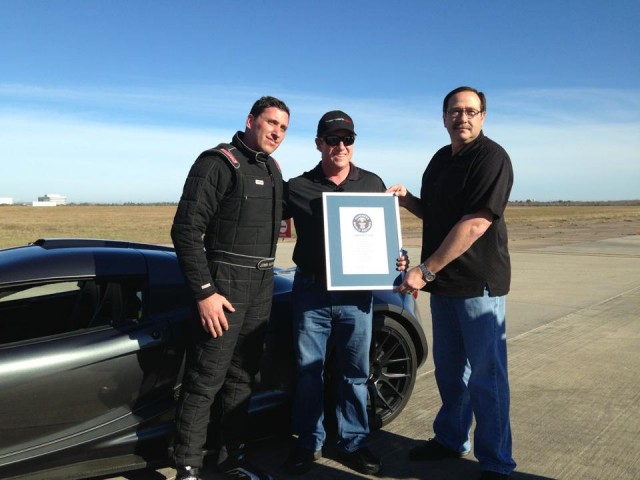 In 2014 the car would go on to beat even the Bugatti Veyron Super Sport, officially the world’s fastest car, with a clocked top speed of 270.4 mph. Unfortunately only a single run could be made so the speed never entered the record books. (Two runs in opposite directions are required for world records.)

And finally in 2015, Hennessey claimed the open-top speed record with its Venom GT Spyder clocking 265.6 mph.

Despite the world-beating performance, the Venom GT hasn’t been a big seller. Just 13 were made, including the original prototype. Nevertheless, Hennessey is promising a successor later this year. It will be called the Venom F5 and may be able to reach speeds as high as 290 mph.