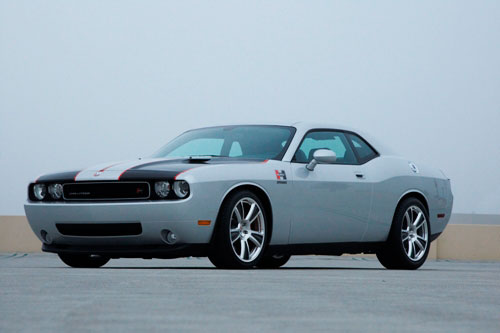 America's muscle car revival is alive and well despite the last year or so of economic mishaps; the Camaro, Mustang and Challenger are all on the street again. And with that muscular tide rises the ship of Hurst Performance Vehicles, which today unveiled its Series 4 Supercharged 2010 Hurst/Hemi Challenger sporting a revival of its classic silver and black with red accent color scheme.

The new Challenger is also the first-ever Series 4 Vortech supercharged unit, meaning it has some serious 'go' to match its 'show' - though official figures haven't been released yet. The silver and black theme contrasts with the already-released gold-themed Hurst Challengers, which generate about 572 horsepower in Series 4 trim.

An Air-Speed rear deck spoiler, Hurst/Eibach suspension, and Hurst/Magnaflow exhaust are intended to make the most of the car's looks and performance.

Inside, the custom Hurst Challengers get black leather interior from Katzkin, plus red inserts, top-stitching and logos. A full complement of Hurst logos in the dash, grille, fender graphics and floor mats wraps up the package. 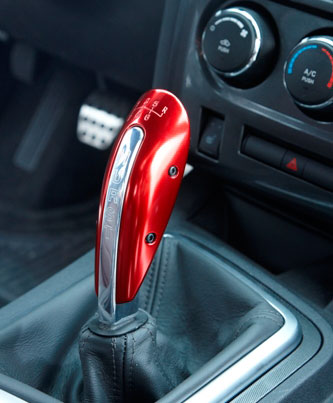