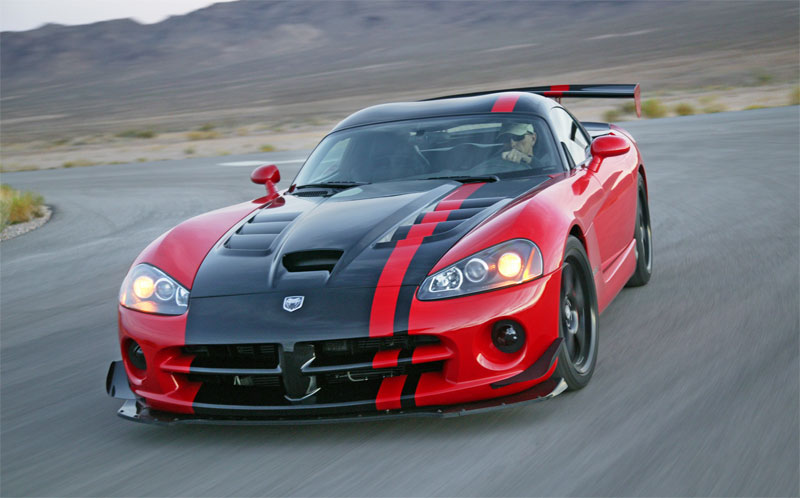 The web is already buzzing with the snake-branded American supercar's potential benefit from Chrysler's new association with Ferrari parent company Fiat. The latest rumor? A Ferrari-derived V-10 powerplant in the works for the next-gen Dodge Viper.

Just a few months ago Chrysler was trying to sell off the Viper brand and its factory as the dark veil of bankruptcy descended. But now the future looks bright, with CEO Sergio Marchionne professing a desire to see the brand live on and now the latest talk of a Prancing Horse-inspired mill.

Originating with anonymous Fiat sources cited by Car and Driver, the reports are still anything but official. Still, the talk of a turning the Viper from the little-known brute-force powerhouse it is now into the brand-defining halo car for Dodge is an attractive one for enthusiasts.

The V10 engine at the heart of all this speculation would be a two-cylinder extension of the Fiat family V8. With 90-degree cylinder banks and pushrod-actuated valves, the Viper version would be a bit of a cross-breed, skipping the high-tech flat-plane crank found in the Ferrari version. Of course, the original Viper V-10 was born of collaboration with Lamborghini, so it's oddly appropriate another Italian supercar maker should help out this time around.

The current 600-horsepower, 8.4-liter V-10 in the 2009 Viper SRT10 uses Mechadyne variable cam timing and pushrod valve actuation, so it's certainly not anything that would hold the car back. After all, the Dodge Viper SRT10 ACR is the current unofficial Nurburgring production car lap record holder with a time of 7:22.1 - over four seconds quicker than the 2009 Corvette ZR1 or 2010 Nissan GT-R.