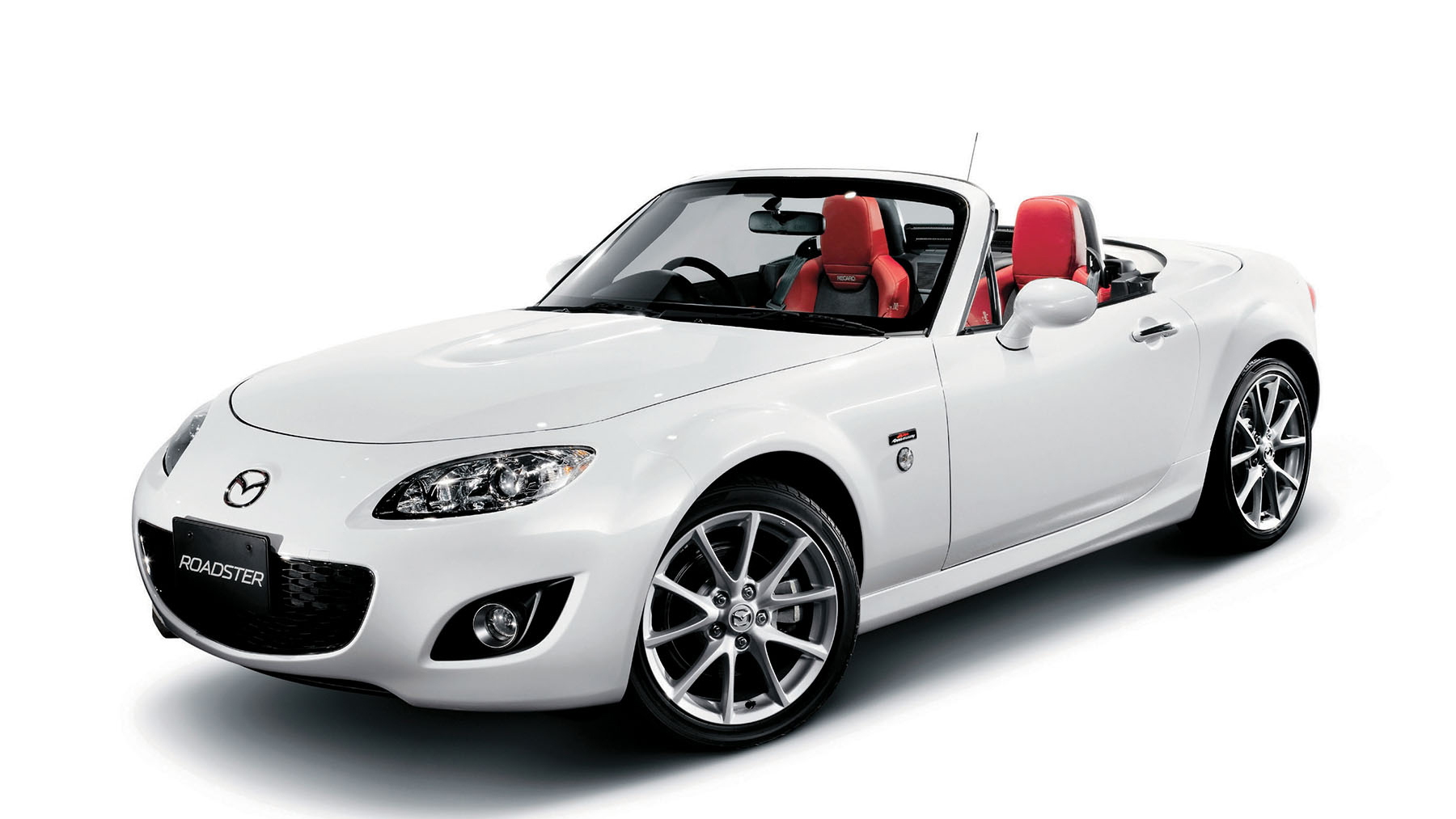 1
photos
When Mazda launched the Miata, or Roadster as it's known in Japan, in 1989, few suspected it would go on to become the best-selling open-top sports car of all time, but over 860,000 vehicles later, the car is officially the most popular roadster in existence. To celebrate the 20th anniversary of the car, Mazda has released today a special edition in Japan.

Based on either the soft-top six-speed manual version or the retractable hard-top automatic version of the car, the Roadster 20th Anniversary comes with a special set of equipment to make it stand out from the regular lineup.

Red and black Recaro seats, 20th Anniversary badges and clear fog lights are some of the first details that catch the eye, while 17in aluminum alloy wheels, a front strut tower bar, five-setting heated seats and synthetic leather door armrests and console elements finish off the package.

As for the exterior color, you can get the Roadster 20th Anniversary in any color you want as long as it's Crystal White Pearl Mica.

Mazda previously celebrated the 20th anniversary of the MX-5/Roadster with a celebration at Le Mans in France.