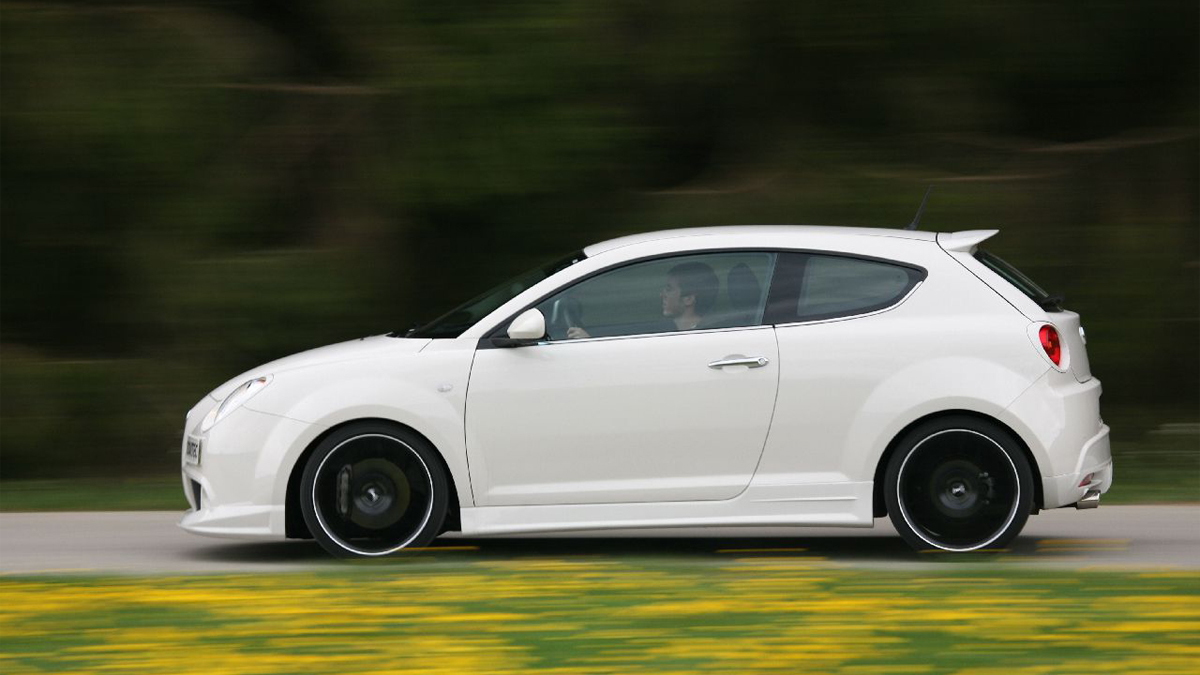 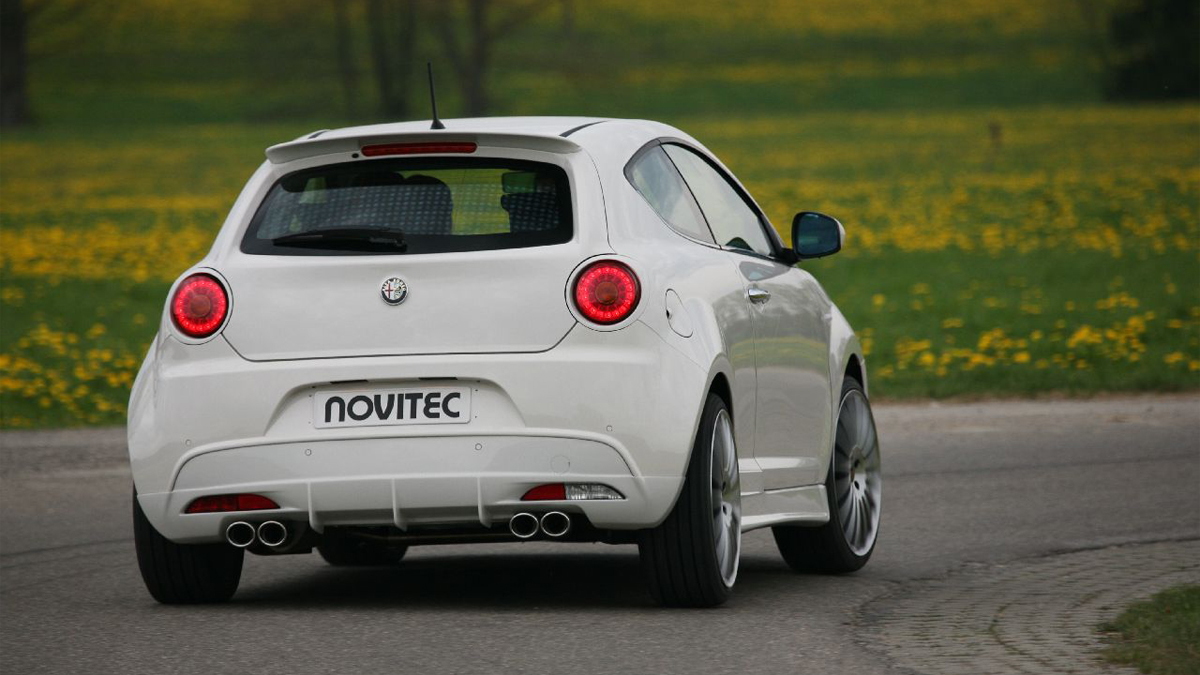 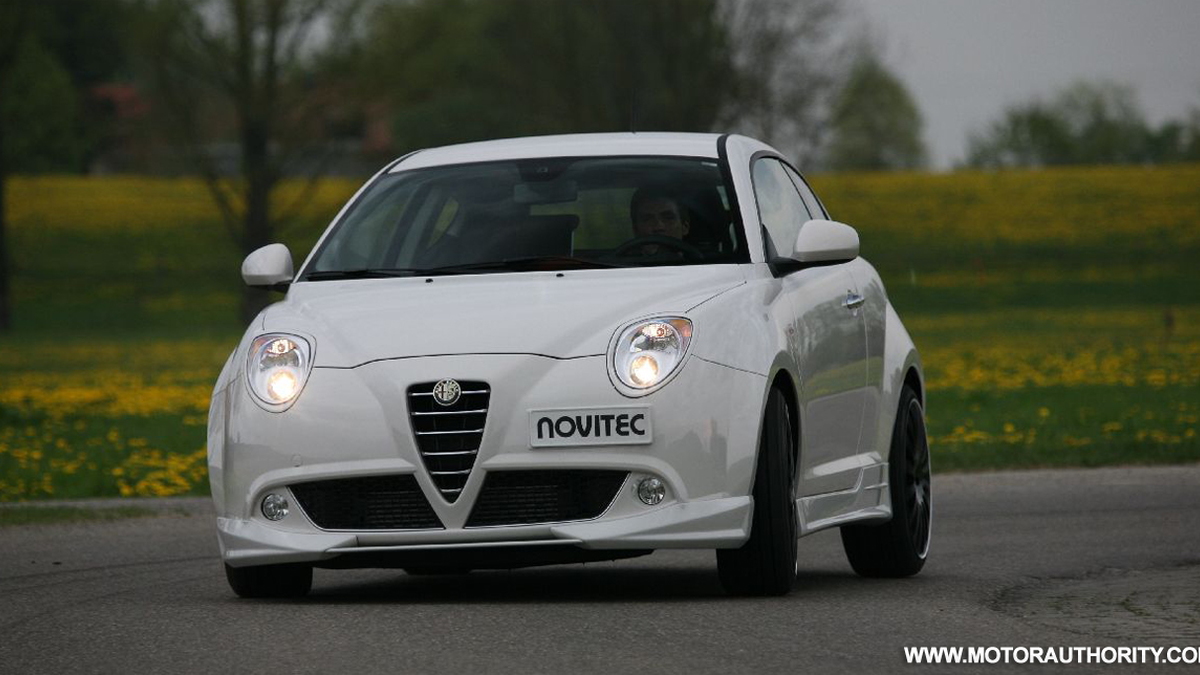 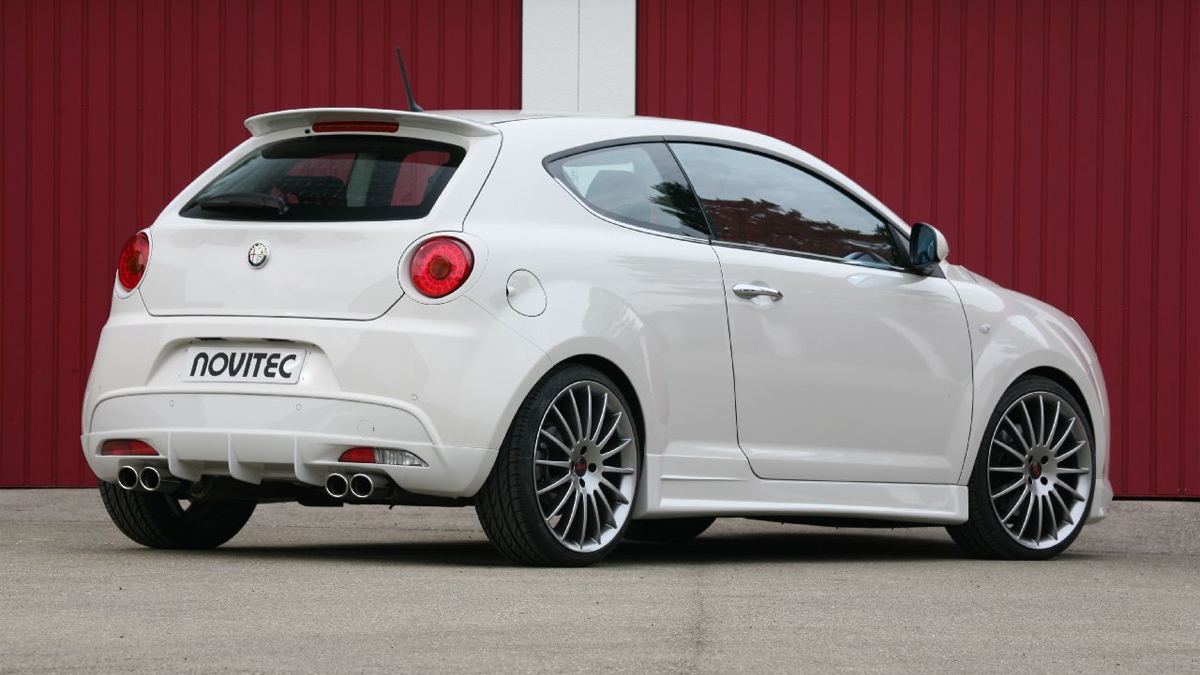 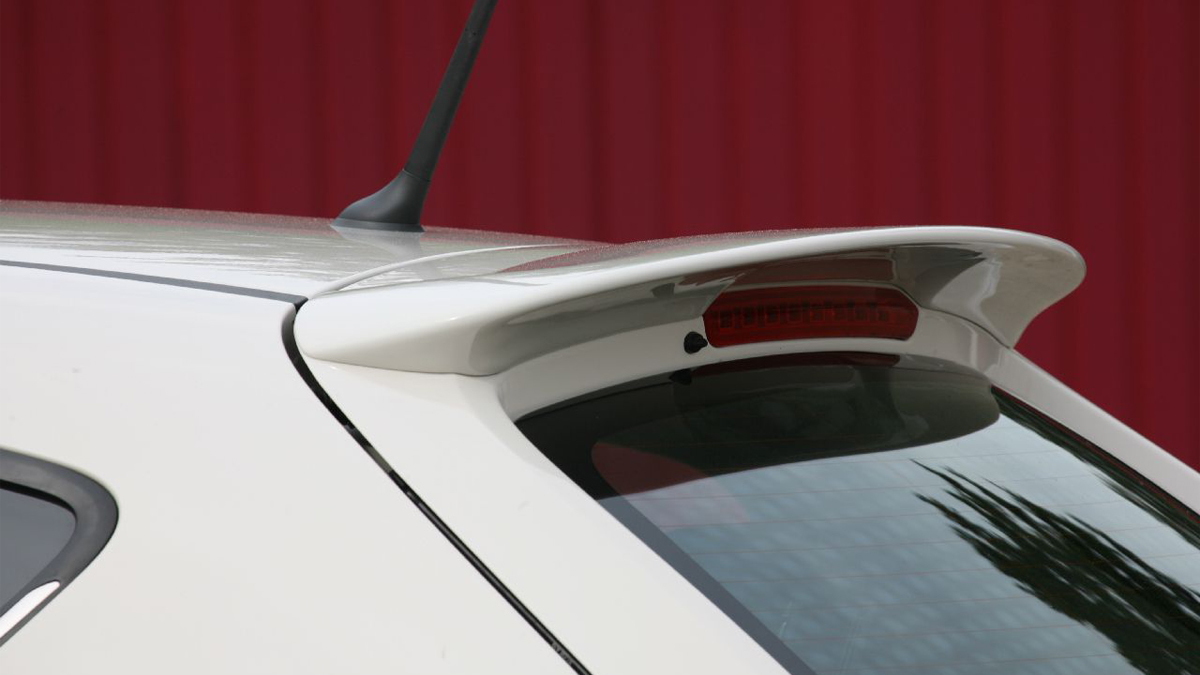 13
photos
Alfa Romeo's new MiTo is hardly a performance powerhouse, with the current range-topping model in the lineup boasting a diminutive 1.4L turbo engine until the performance-focused GTA arrives. Thankfully, German tuner Novitec Rosso is remedying the situation with a number of upgrades for the stylish hatch, with a focus on both performance and handling upgrades, as well as some aerodynamic mods.

Novitec is offering engine tuning for the two diesel models and the petrol-powered 1.4L turbo in the lineup. For the range-topping 1.4L engine, Novitec can install an auxiliary control unit in around 5 minutes, resulting in an almost instantaneous 31hp (23kW) boost. This extra power gives the 1.4L MiTo a final power output of 186hp (134kW), enough to push the car to 62mph in just 7.4 seconds, or around 0.7 seconds quicker than the standard model. For the two turbodiesels, a similar control unit is installed that boosts power by 20hp (15kW) for the 1.3L JTD model and by 24hp (18kW) for the MiTo 1.6L JTD, as well as increasing torque figures by close to 37lb-ft (50Nm).

Additionally, a new height-adjustable coil-over suspension with adjustable dampers is also available, along with sport springs that can lower the car significantly. This results in improved handling and greater acceleration for the MiTo.

Accompanying the handling upgrades is a new look for the MiTo brought about by an aerodynamic enhancement kit. The front of the car gets a facelift thanks to the spoiler corners on the left and right, as well as the centrally mounted cup spoiler. At the back, rocker panels make the car appear lower, while a roof spoiler and a rear diffuser both help to improve downforce.

The rear diffuser surrounds the new Novitec sports muffler, which yields a more exciting growl when the engine is wound up, and the system can be combined with one, two, or four tailpipes. New Novitec alloy wheels top off the package, and high-performance Pirelli tires ensure the car should stay glued to the road.