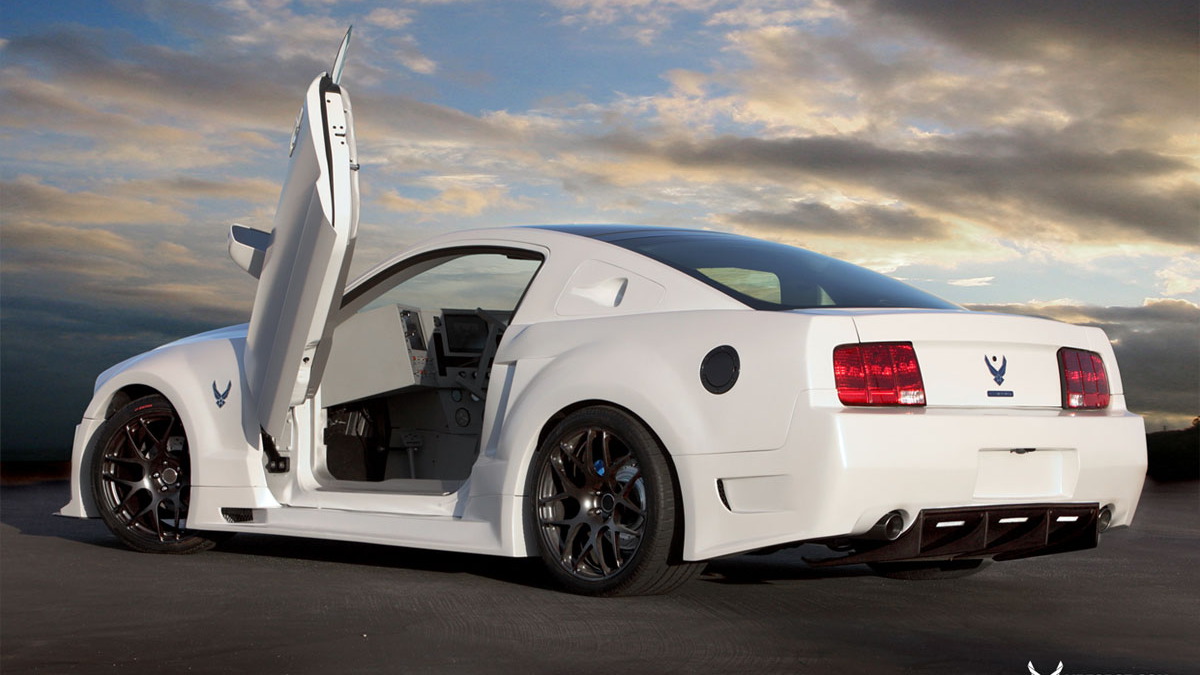 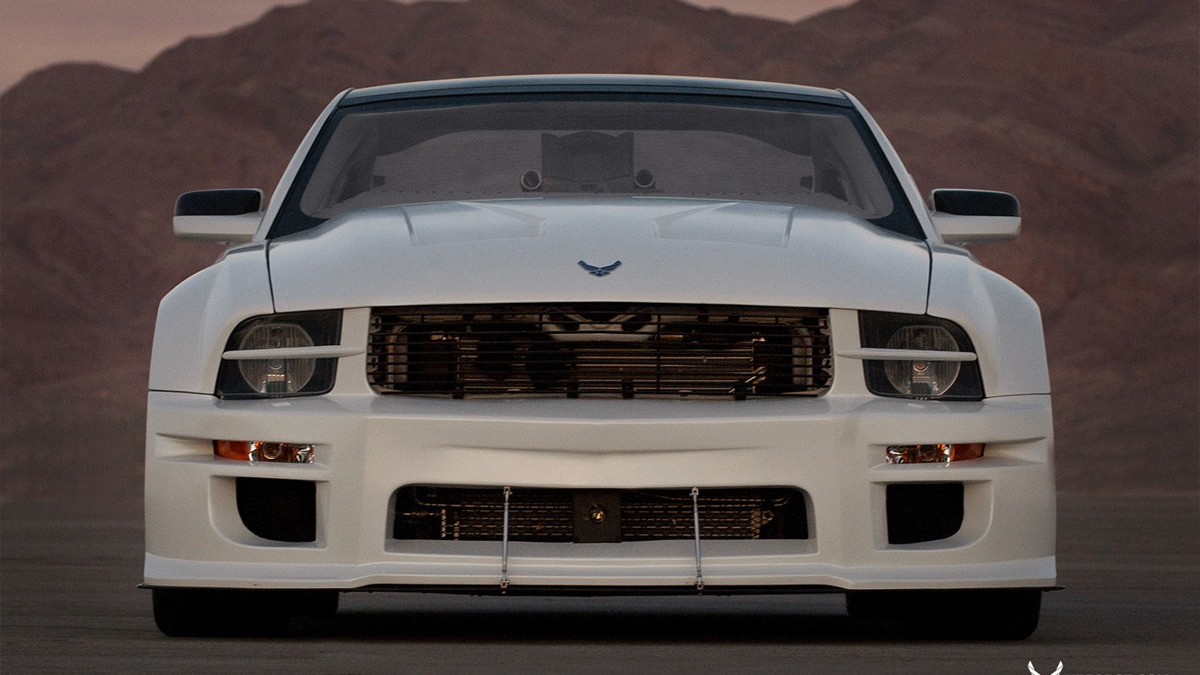 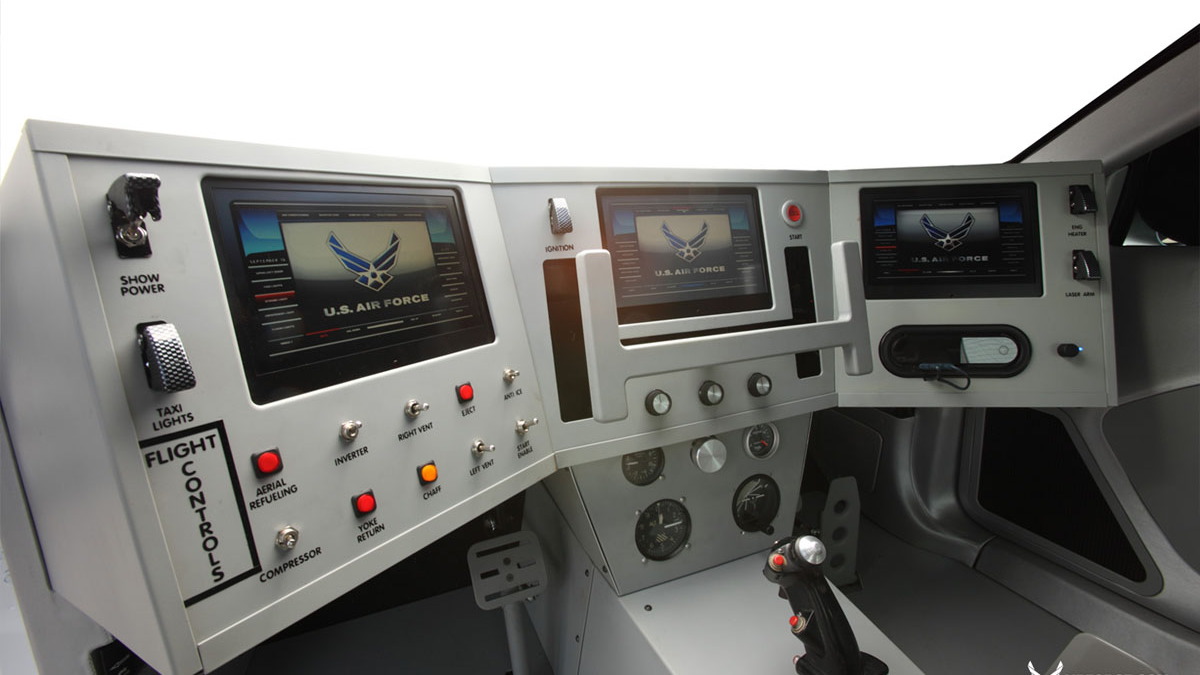 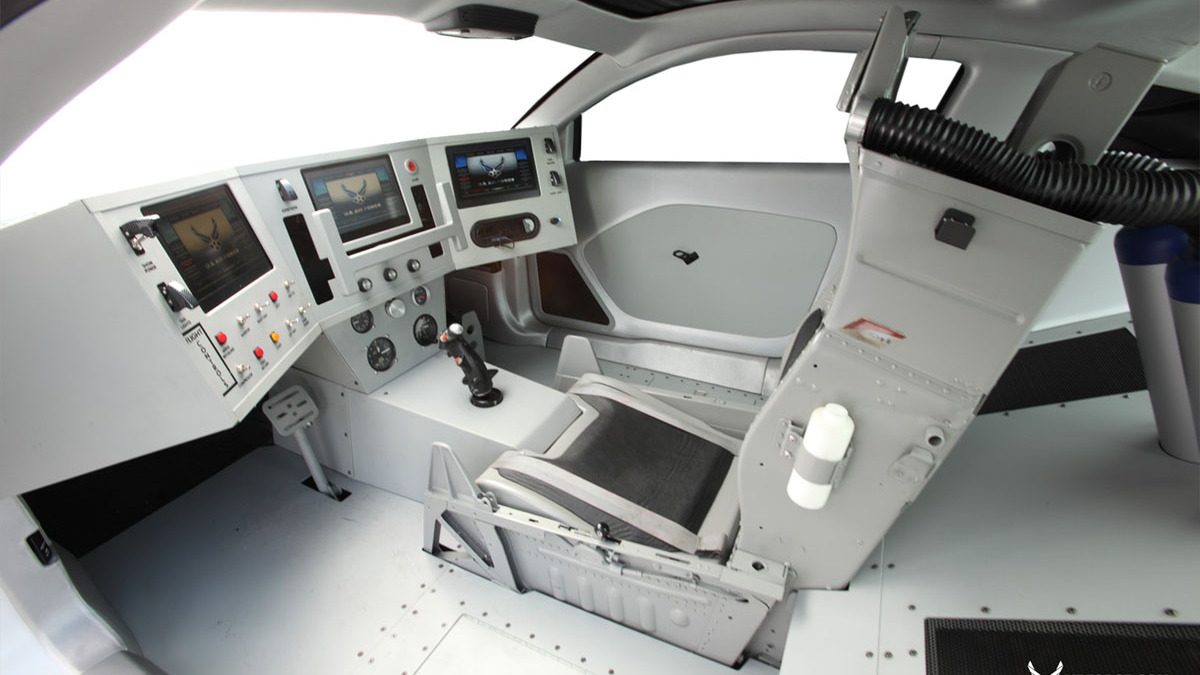 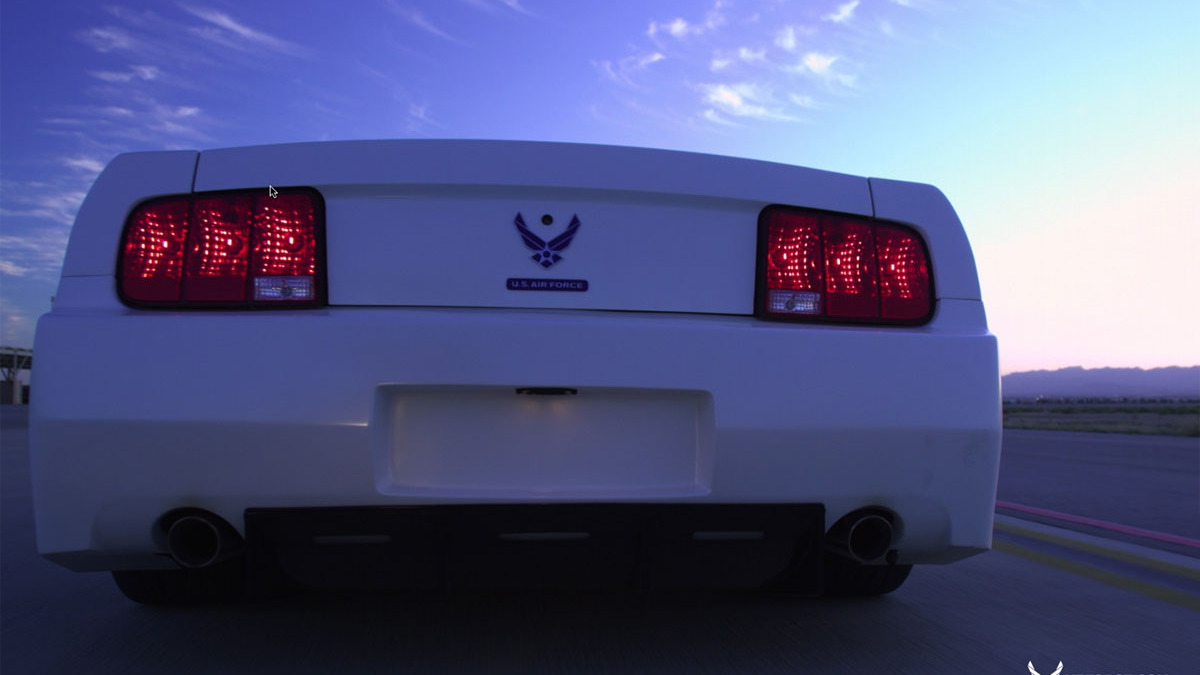 27
photos
In what could be one of the most bizarre ways to spend our tax dollars, the U.S. Air Force has commissioned the design and construction of two highly-customized cars using Air Force technology. Before you start questioning why the Air Force would need a pair of custom cars, they were developed as part of the division’s 2009 Supercar Tour recruitment program.

It's no secret that the U.S. military has had recruitment problems in recent years. As a result, each branch has been forced to hone its marketing skills and speak more persuasively to potential enlistees.

To build the cars, the Air Force hired California’s Galpin Auto Sports to transform a Ford Mustang and a Dodge Challenger into serious supercars. The end result is the new ‘X-1’ Mustang and ‘Vapor’ Challenger.

On the outside, both cars look vaguely similar to other highly-customized cars, with scissor-doors, carbon-fiber trim, and flashy wheels. Inside, however, the Air Force influence becomes startlingly clear. The X-1 is tricked-out like a jet cockpit, with an ejection seat and a jet fighter influenced instrument panel.

The Vapor's interior is done in two-seat style, with a bonus steering wheel for the passenger and a special ‘stealth mode’ for the exhaust system. Other features include one-off carbon-fiber wheels, a shaker hood, radar-absorbing paint, proximity sensors, and a 360-degree camera with a quarter mile range.