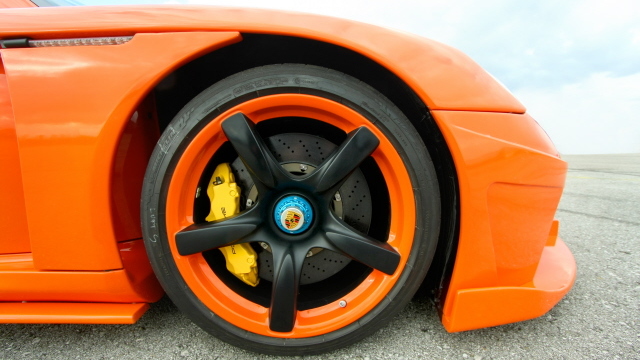 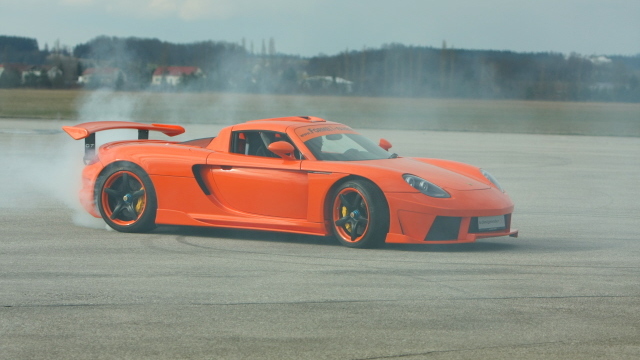 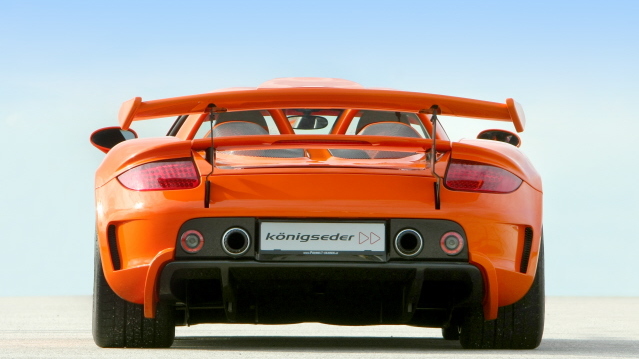 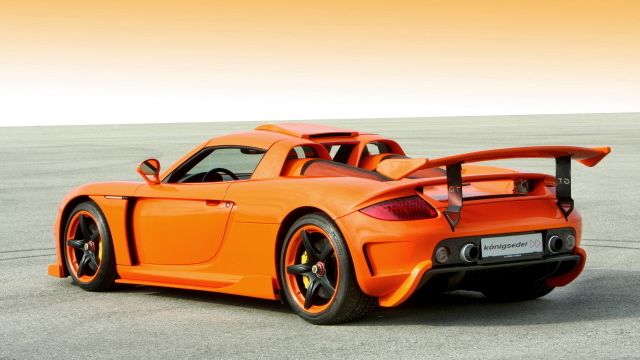 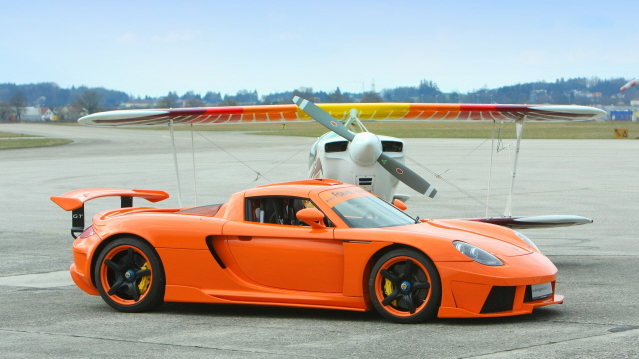 17
photos
Leipzig, 2004: the Porsche Carrera GT, born out of a racing program but built for the street, begins a production run that will total just 1,270 units and last only two years. Little did the world know new versions of the car would still be built by the aftermarket on a nearly monthly basis for the next five years.

Of course all of those tuned examples are built on original Porsche chassis, so it's not like the car is getting any less rare. And that makes it all the more remarkable that examples are still being made available to fit tuning kits, body parts and wheels to fully three years since the Carrera GT ceased production.

Showing due respect for the car, the Königseder Tuning treatment leaves the 5.7L V10 alone - its 605hp (450kW) is enough - and focuses solely on improving aerodynamics. To do this, Königseder have fitted a series of huge air vents and a performance-tested rear diffuser to help with downforce and ventilation.

Replacing the automatic self-adjusting rear wing fitted from the factory with a larger fixed wing is a brave move, but it was done to offer maximum downforce on the rear axle in all situations. Attention was paid throughout the new body pieces at front, sides and rear to play nicely with the existing lines and characteristics of the Carrera GT, to make the car an improvement, not a re-body.

Finishing touches include custom wheels and a modified exhaust that allows the driver to choose from a near-open race setup or a quieter street-worthy option. The factory ceramic discs were left untouched, providing ample stopping power for the German thoroughbred.

Street price on one of these customs hasn't been disclosed, but expect to pay something north of the roughly $450,000 list price the standard Carrera GT brought in 2006.