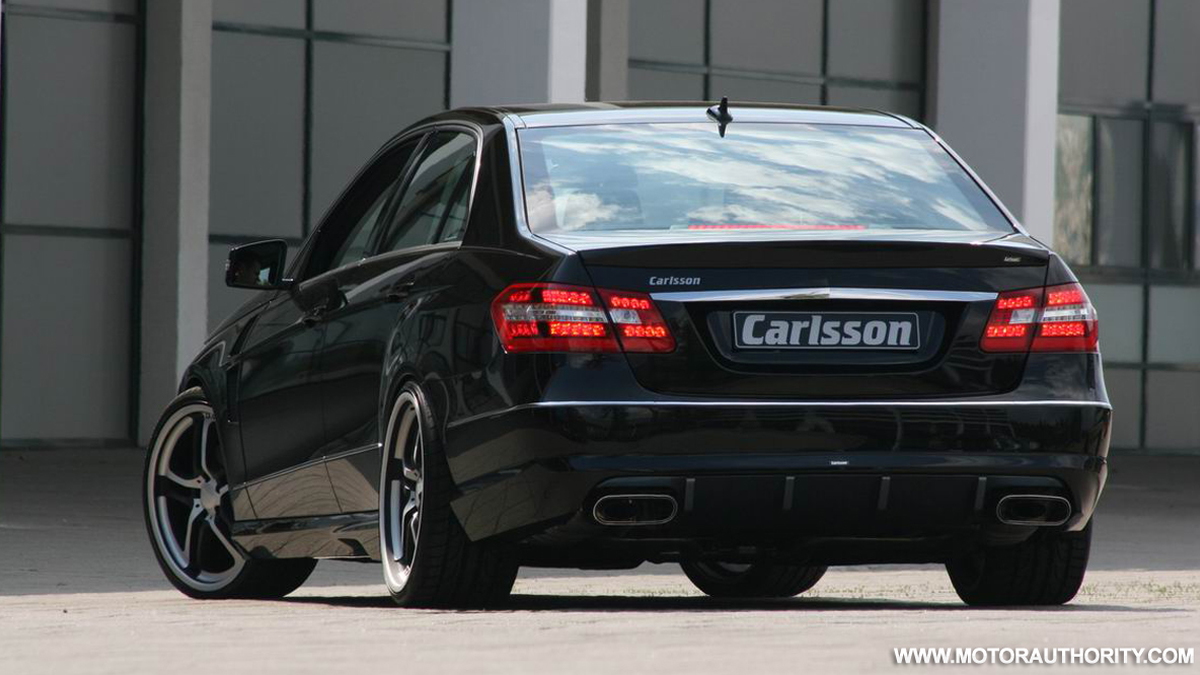 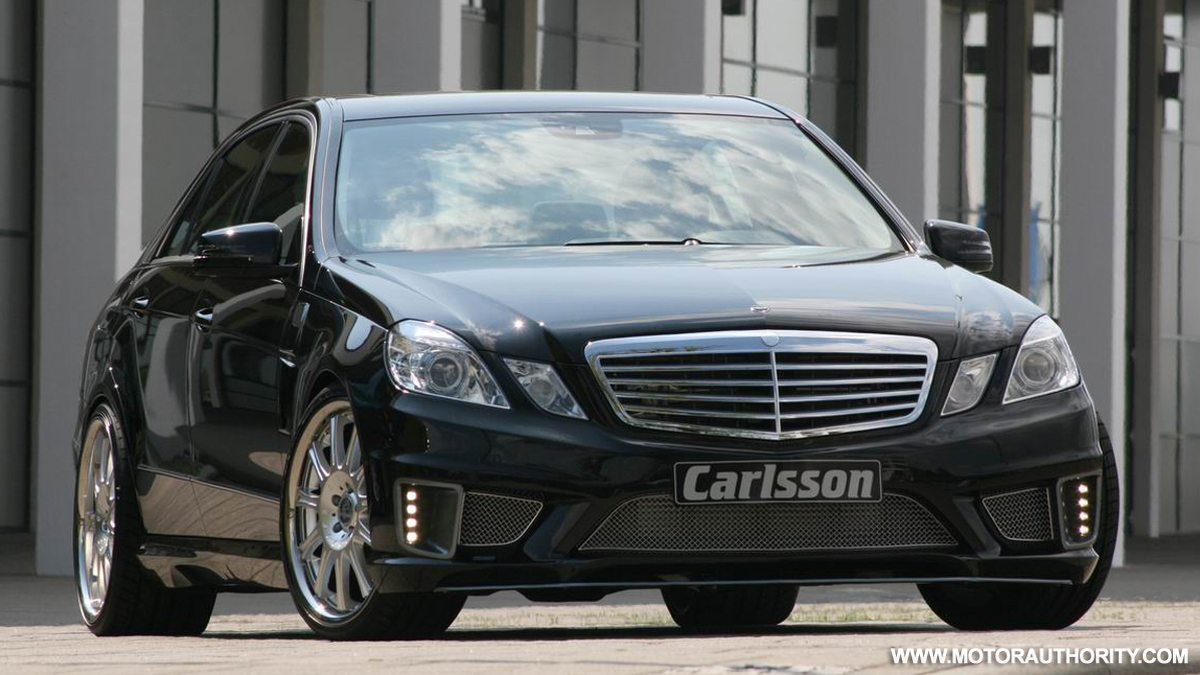 German tuner Carlsson is renowned for its work with Mercedes Benz models, ranging from its aerodynamic upgrades to its mechanical modifications that offer alternatives to the stock standard AMG treatment most high-performance Mercs are subject to.

Mercedes' new E-Class, of course, means that Carlsson has a new toy to play with and the tuner hasn't wasted anytime on its work with the car. Set to debut in just one week at the 2009 Tuning World Bodensee, the Carlsson E-Class is expected to add some more 'exciting' elements to the ordinary sedan.

On the outside, a stainless-steel mesh grille is accompanied by a new front spoiler and vertical daytime running lights. Side skirts continue the aggressive trend set by the new front spoiler, while at the back an impressively sized rear-diffuser accompanies two fat, ovular exhaust pipes and a small bootlid spoiler - underneath which lies a discrete 'Carlsson' badge.

Besides the complete aerodynamic kit, developed by head designer Rolf Schepp, the vehicle offers exclusive interior fittings, more performance and the intelligent lowering system C-Tronic Suspension. According to Carlsson, the control unit of the suspension detects the road conditions and adjusts the remaining spring range continuously, meaning that the car will always be perfectly tuned for wherever it's driving.

Minor power hikes can also be found for the E250 CDI BlueEFFICIENCY, the E350 CDI BlueEFFICIENCY, and the V8-engined E550/500, all of which up their power by 40-55hp (30-40kW). Pricing for the upgrades hasn't been announced yet, but there should be more details following the Tuning World event.