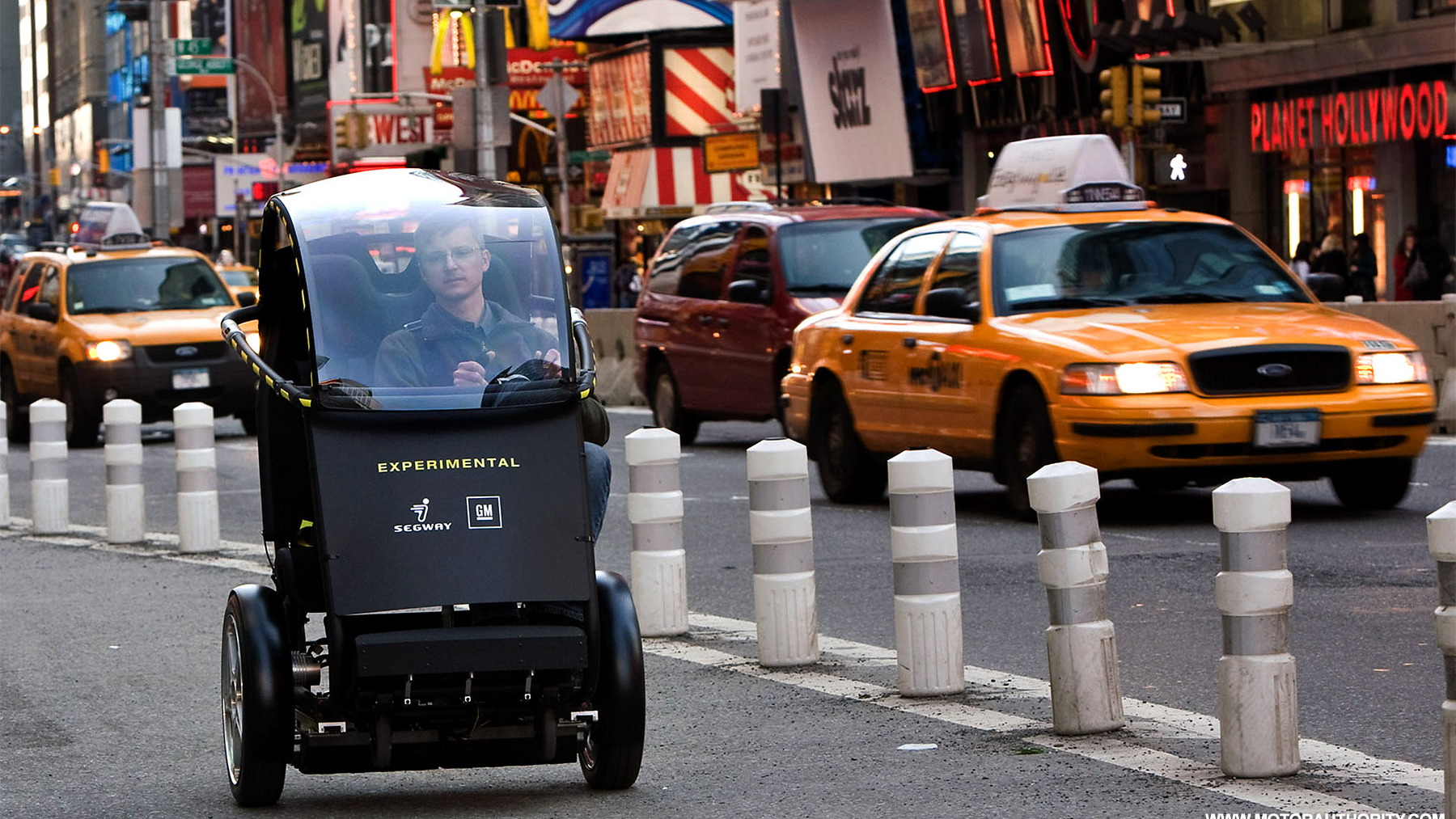 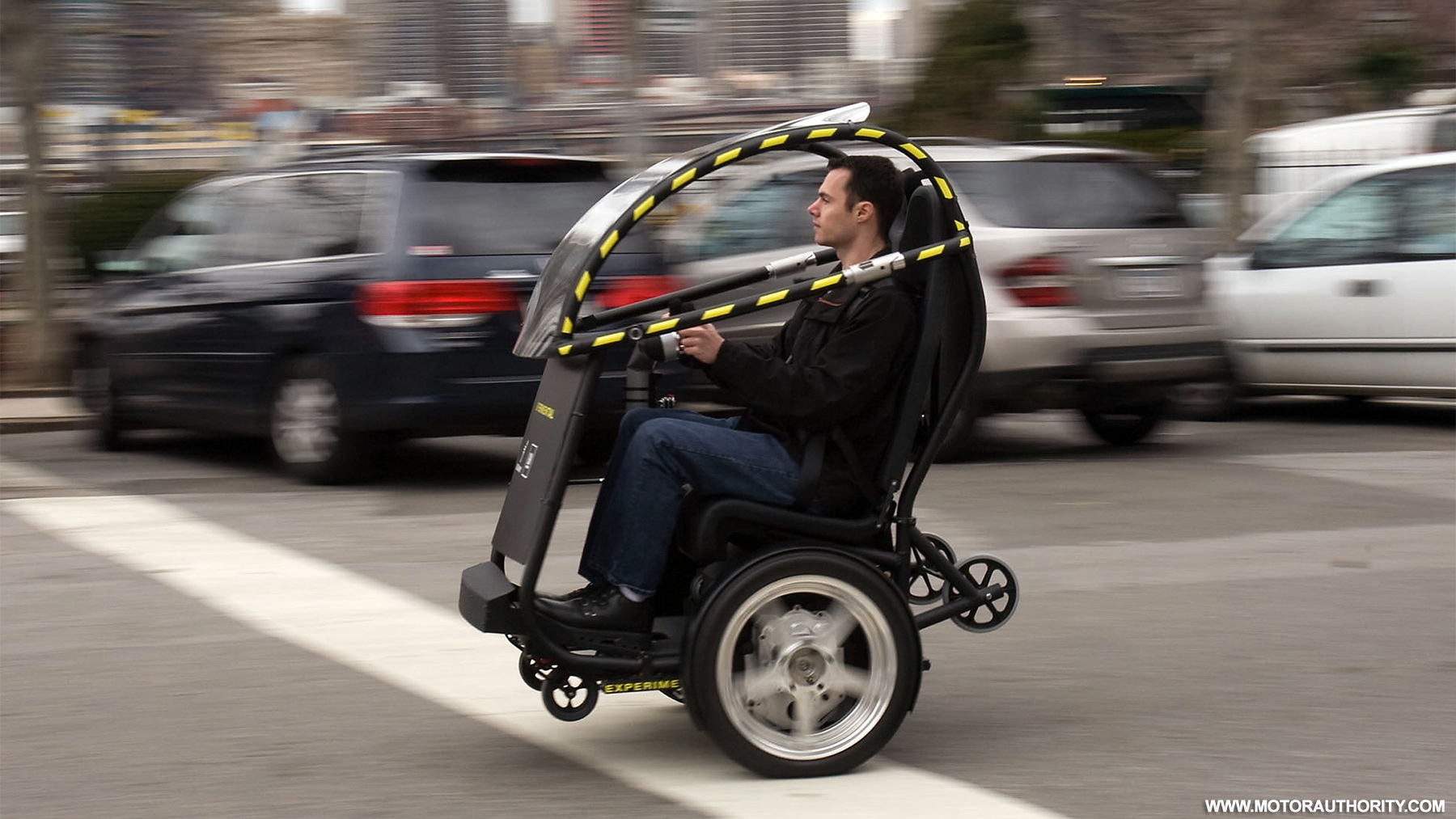 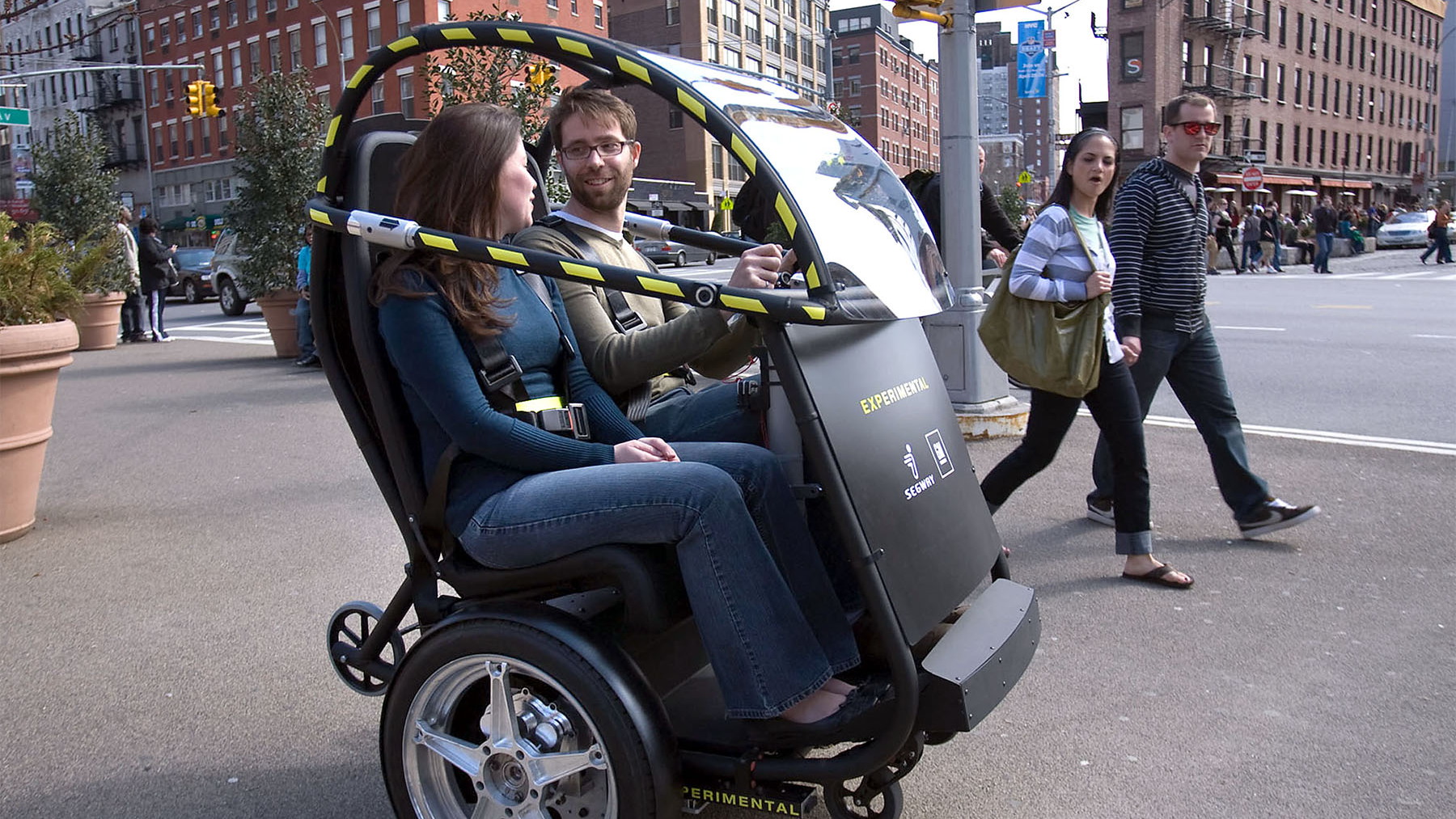 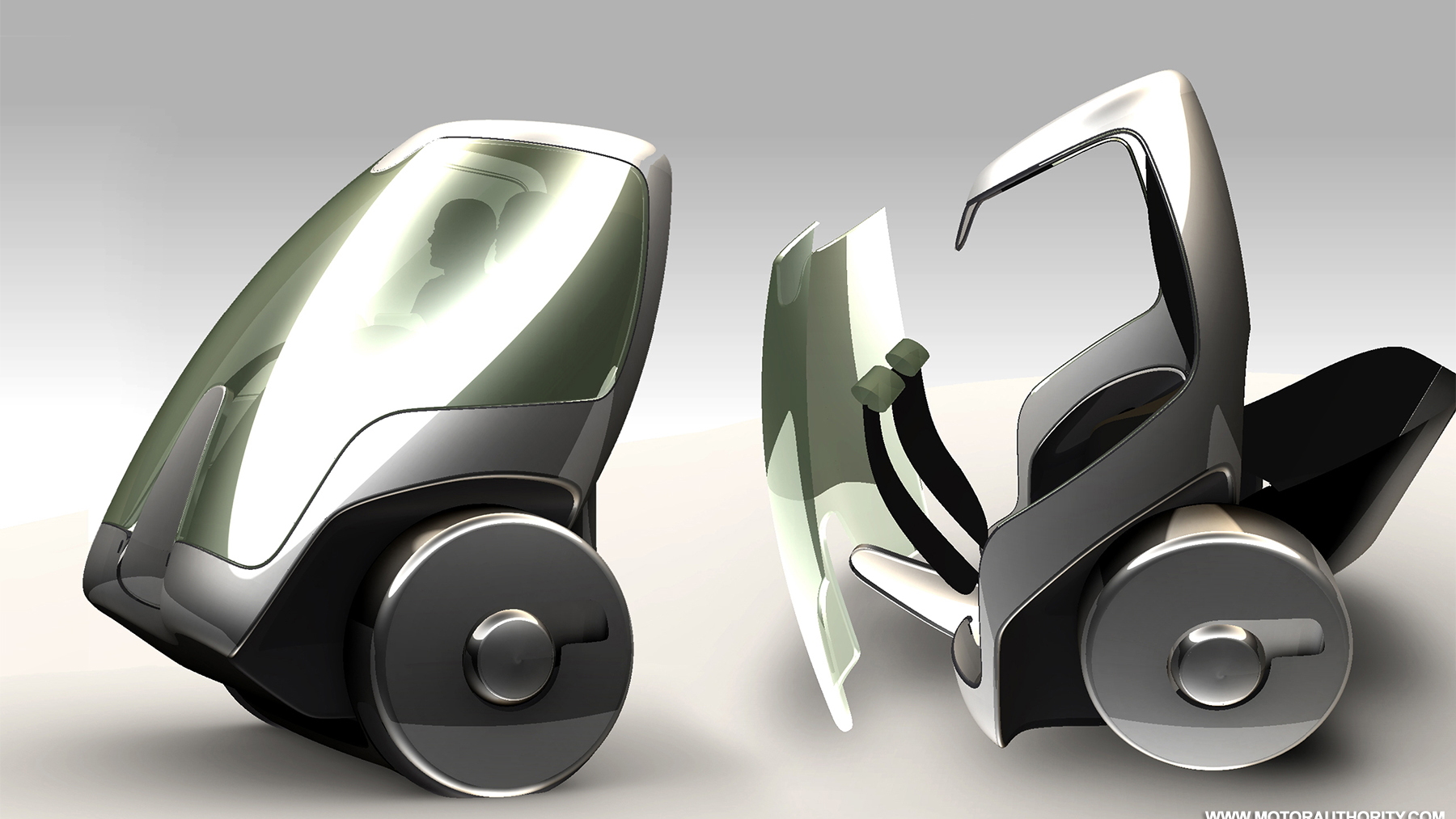 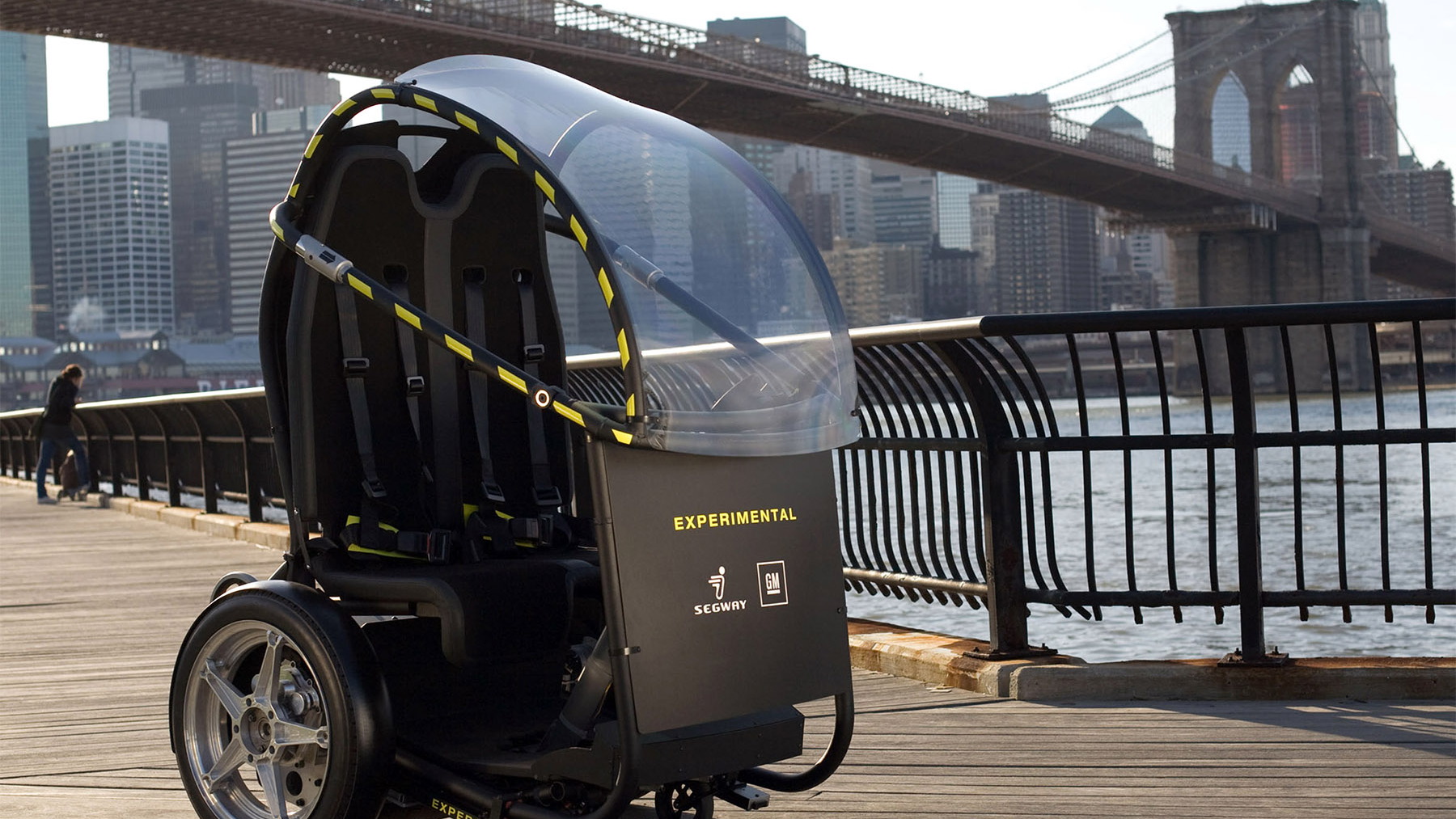 6
photos
Just days out from the New York Auto Show, General Motors, together with Segway, has unveiled a new type of vehicle that could change the way we move around in cities. Labeled Project P.U.M.A. (Personal Urban Mobility and Accessibility), the vehicle is an electrically powered, two-seat pod that has only two wheels. It could allow people to travel around cities more quickly, safely, quietly and cleanly - and at a lower total cost – but it is still in the prototype stage.

Trends indicate that urbanization is growing, and with that comes increased congestion and more competition for parking. Cities around the world are actively looking for solutions to alleviate congestion and pollution, and solutions such as Project P.U.M.A., as well as the similarly themed Project i from BMW, are starting to gain more credibility.

Built to carry two or more passengers, it can travel at speeds of up to 35mph (56km/h), with a range up to 35miles (56km) between recharges.

The project is still in its early stages and GM hasn’t at any production dates just yet but with the way traffic levels in most major cities are heading, vehicles such as these will inevitably start to pop up around the world.