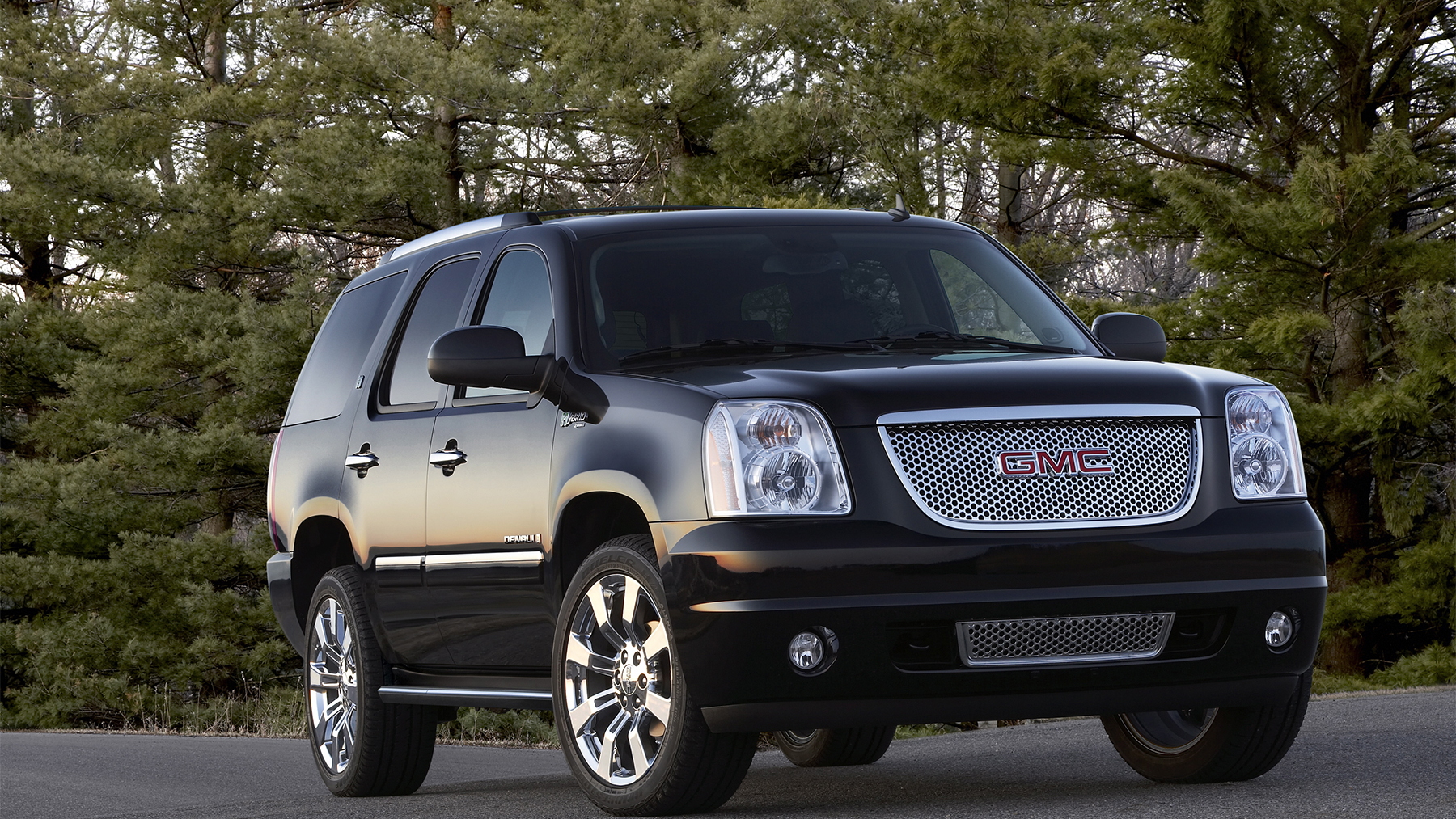 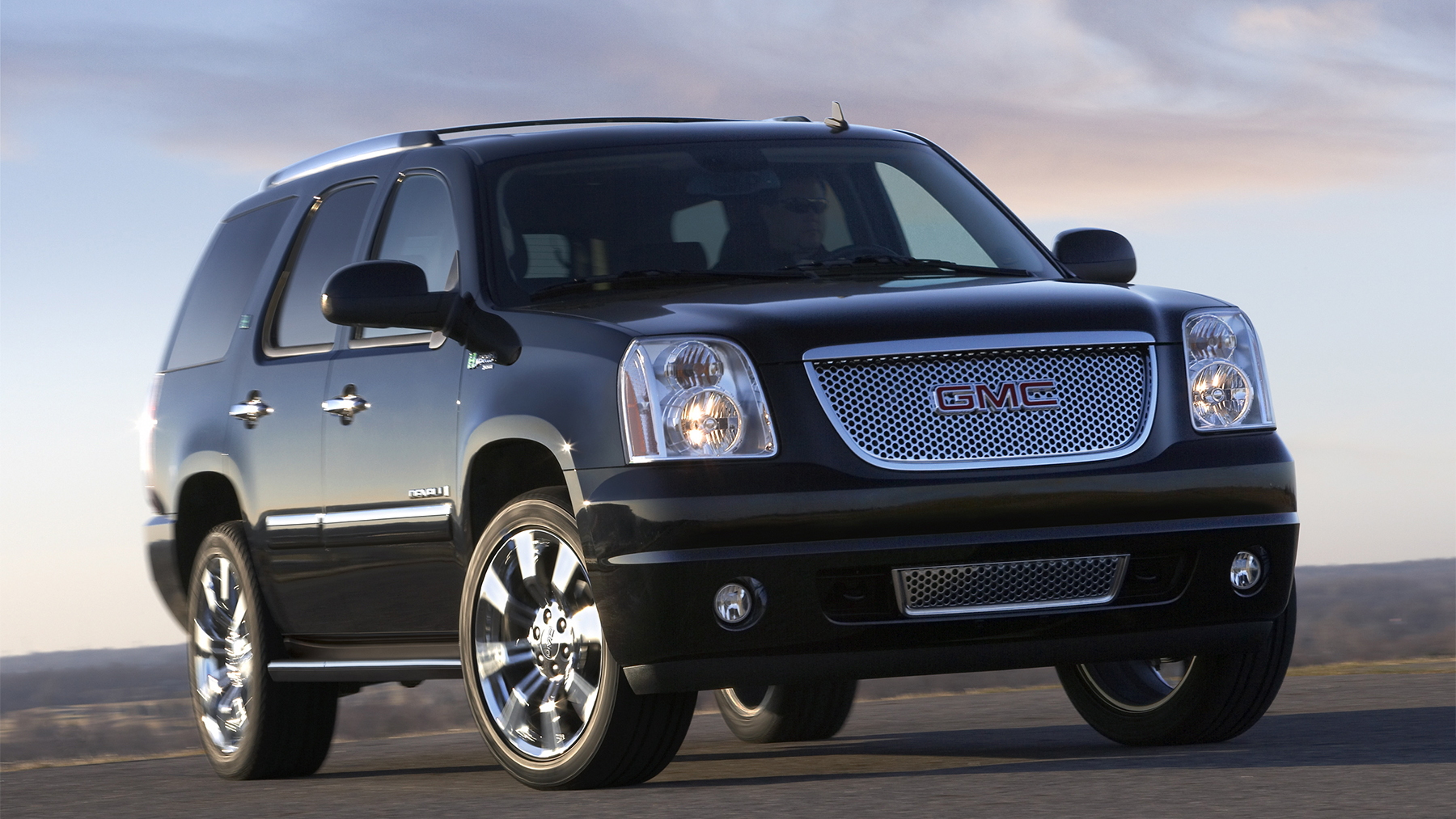 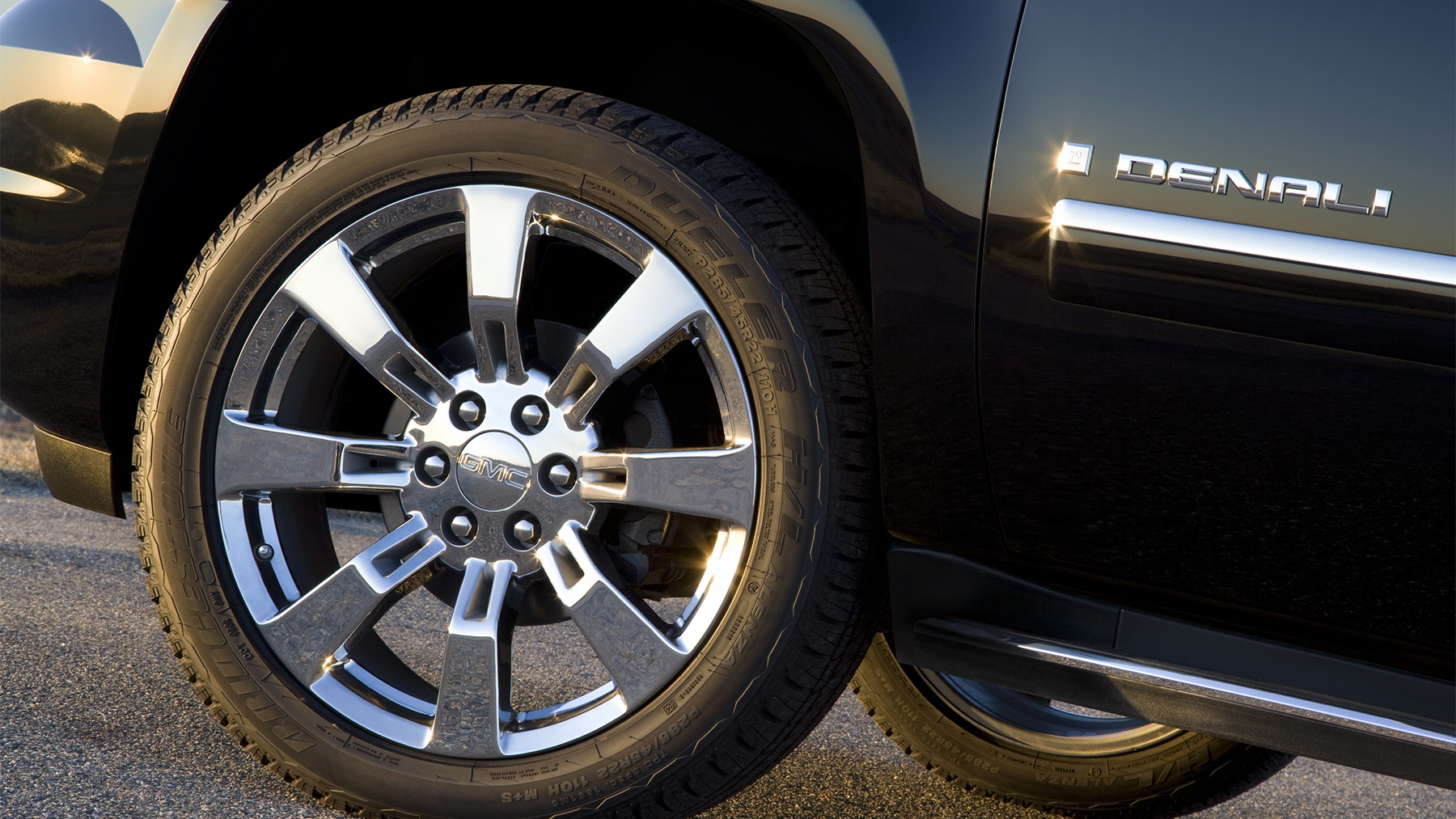 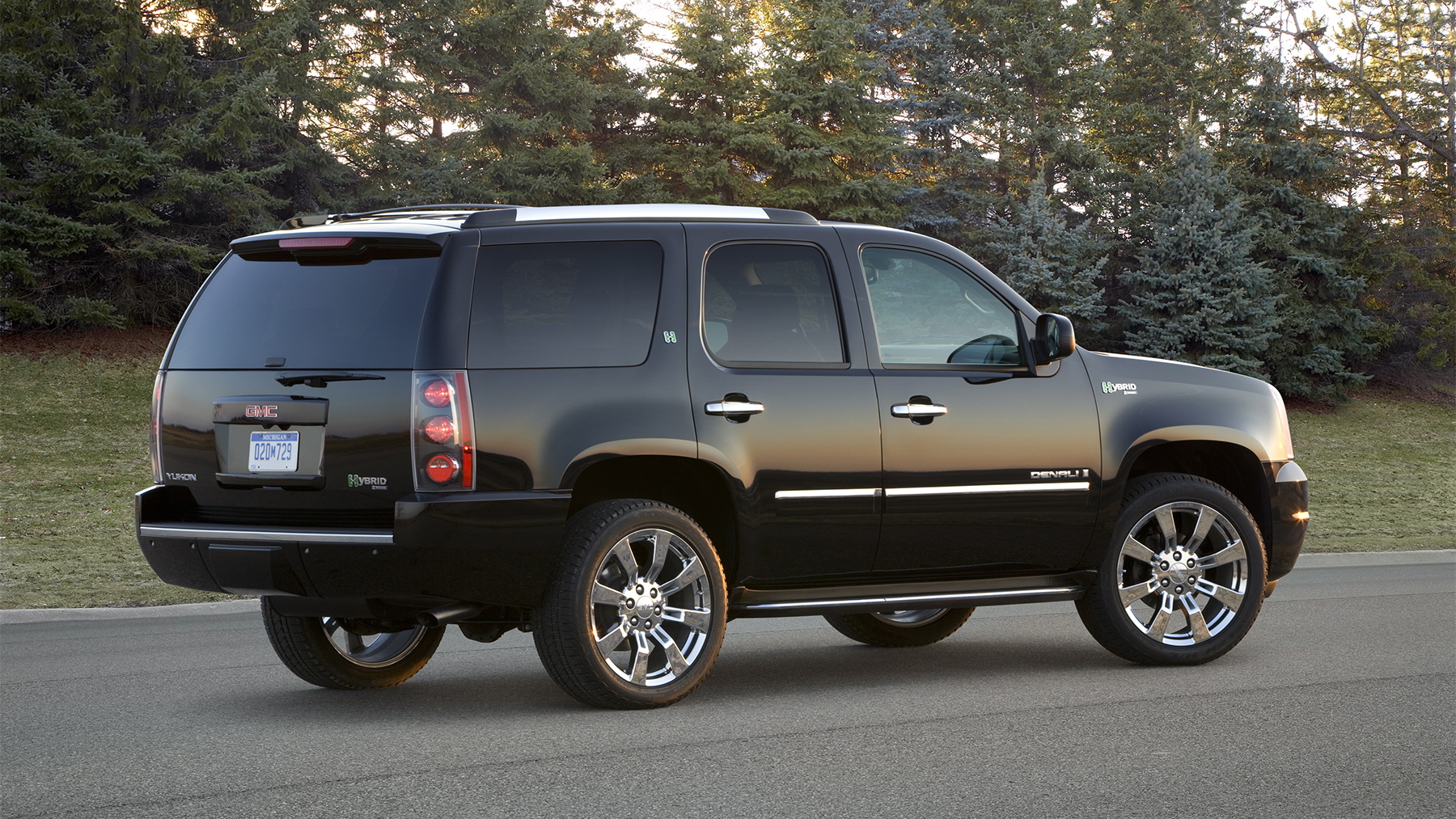 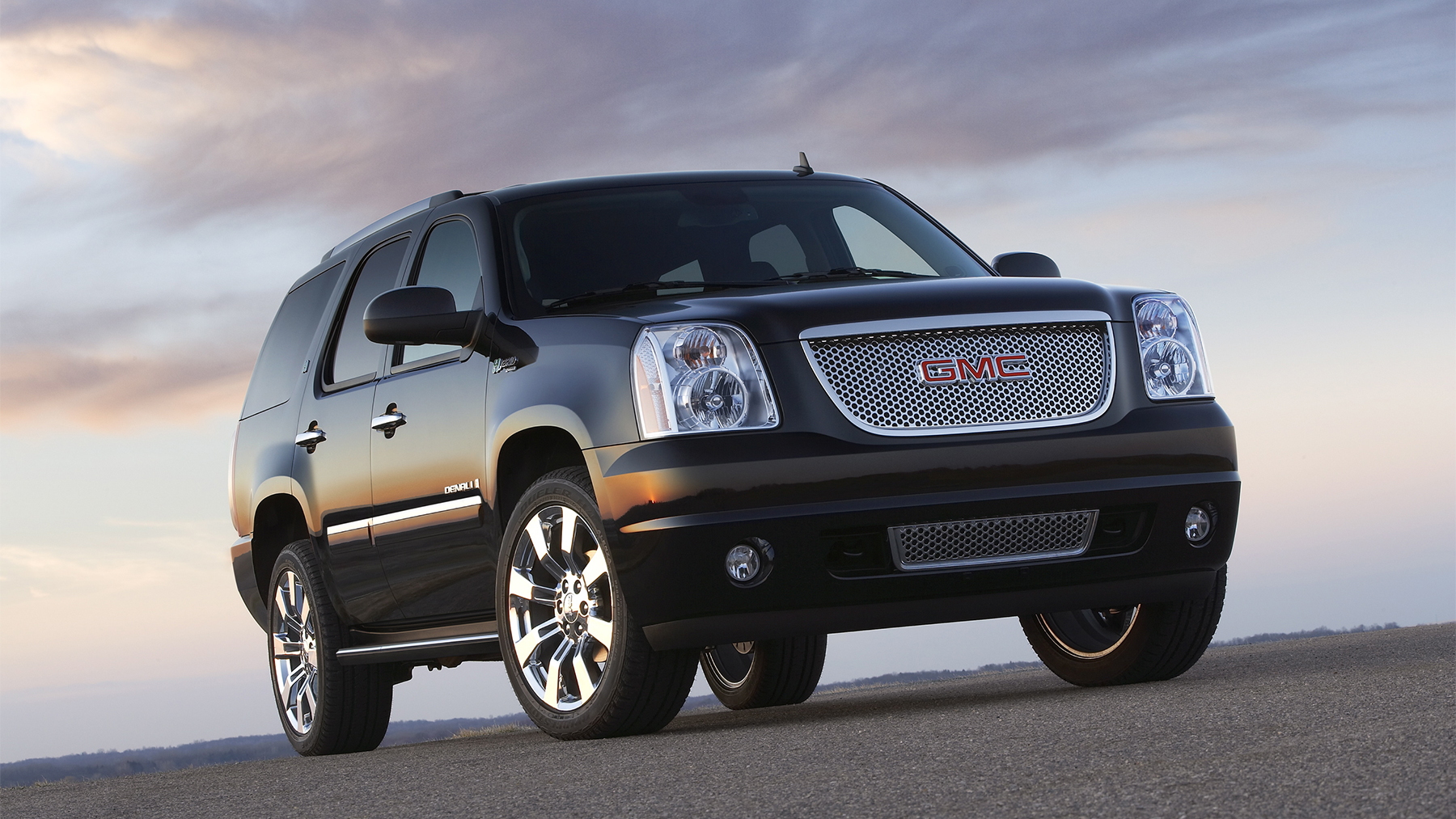 10
photos
Joining the Yukon Hybrid SUV and Sierra Hybrid Pickup this May is the all-new GMC Yukon Denali Hybrid SUV, which makes its debut this week at the New York Auto Show. The latest addition is an upmarket fullsize SUV that seats eight, tows up to 5,800lb (2,636kg) and according to GM achieves an impressive 21mpg (11.2L/100km) in city driving – comparable to a V6 Toyota Camry.

Vehicles like the Yukon Denali are ideal for a hybrid application because of the greater fuel savings compared to smaller petrol-electric models like the Prius and Insight. This will be a crucial factor in showrooms, as fuel economy is the most important consideration for roughly 80% of Yukon Denali buyers.

Most of the grunt, however, comes from a 6.0L Vortec V8 with fuel-saving cylinder deactivation and late intake valve closing and variable valve timing technologies. It produces 332hp (248kW) and 367lb-ft (498Nm) of torque.

To differentiate the hybrid model from the regular Yukon Denali, designers have added newly designed 22in flangeless chrome wheels and discreet badging.

Inside, designers filled the cabin with a number of handy amenities including a 12-way power, heated/cooled leather front seats, and an optional sunroof, DVD entertainment system, and blind zone alert side-mirrors. Other goodies include OnStar connectivity with Turn-by-Turn Navigation, a reversing camera, a Bose stereo system, and three years of real-time XM NavTraffic.