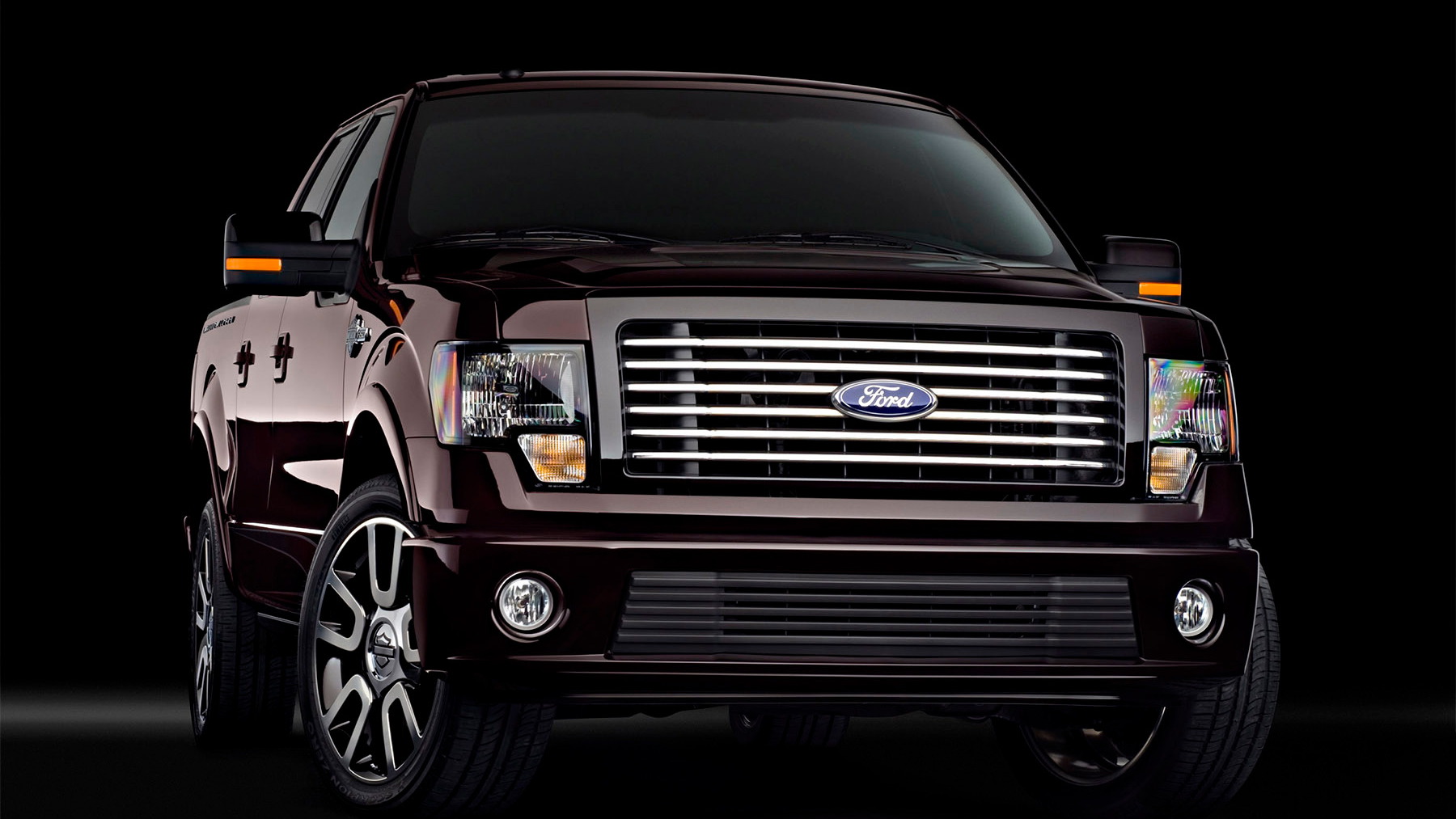 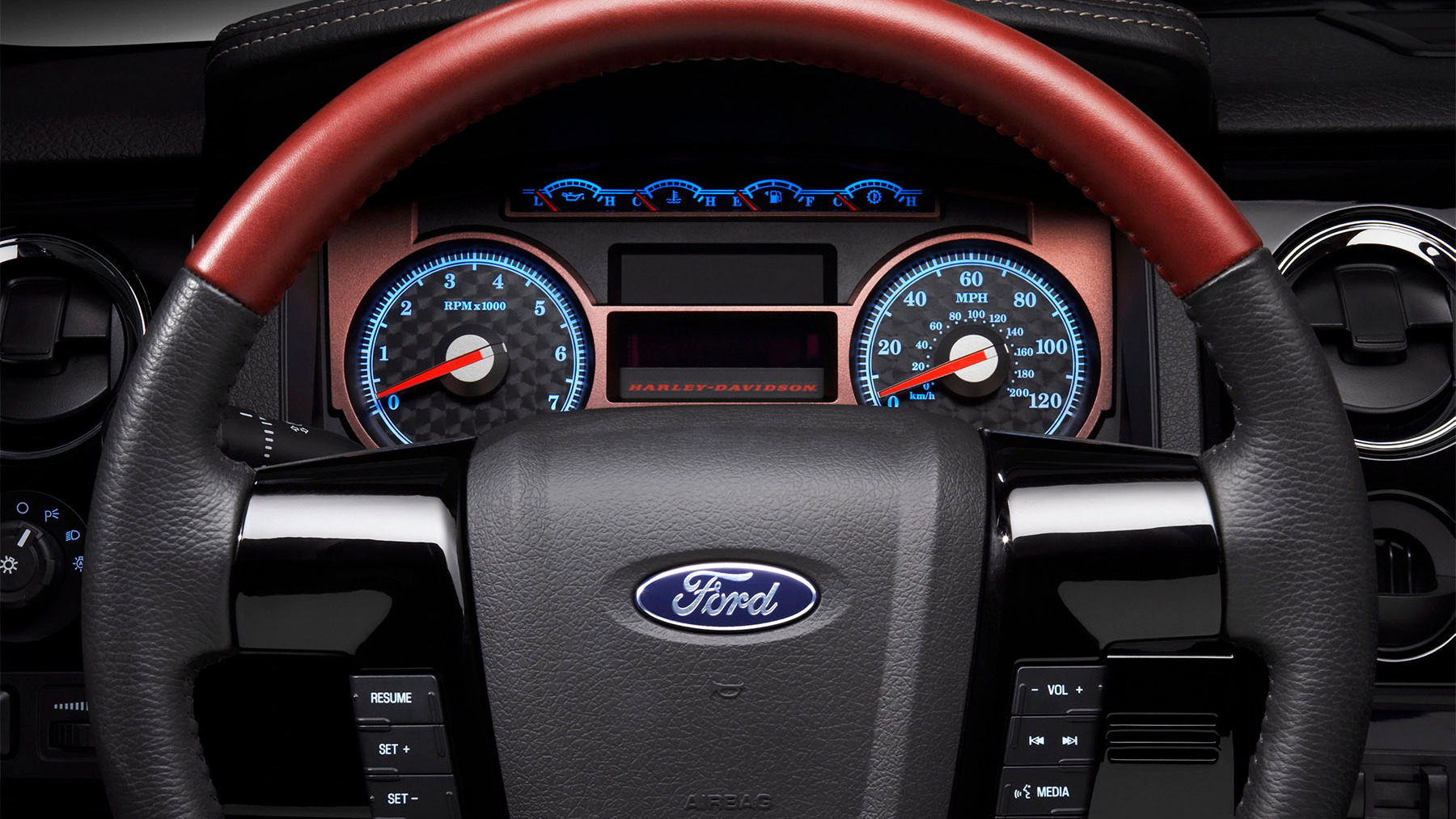 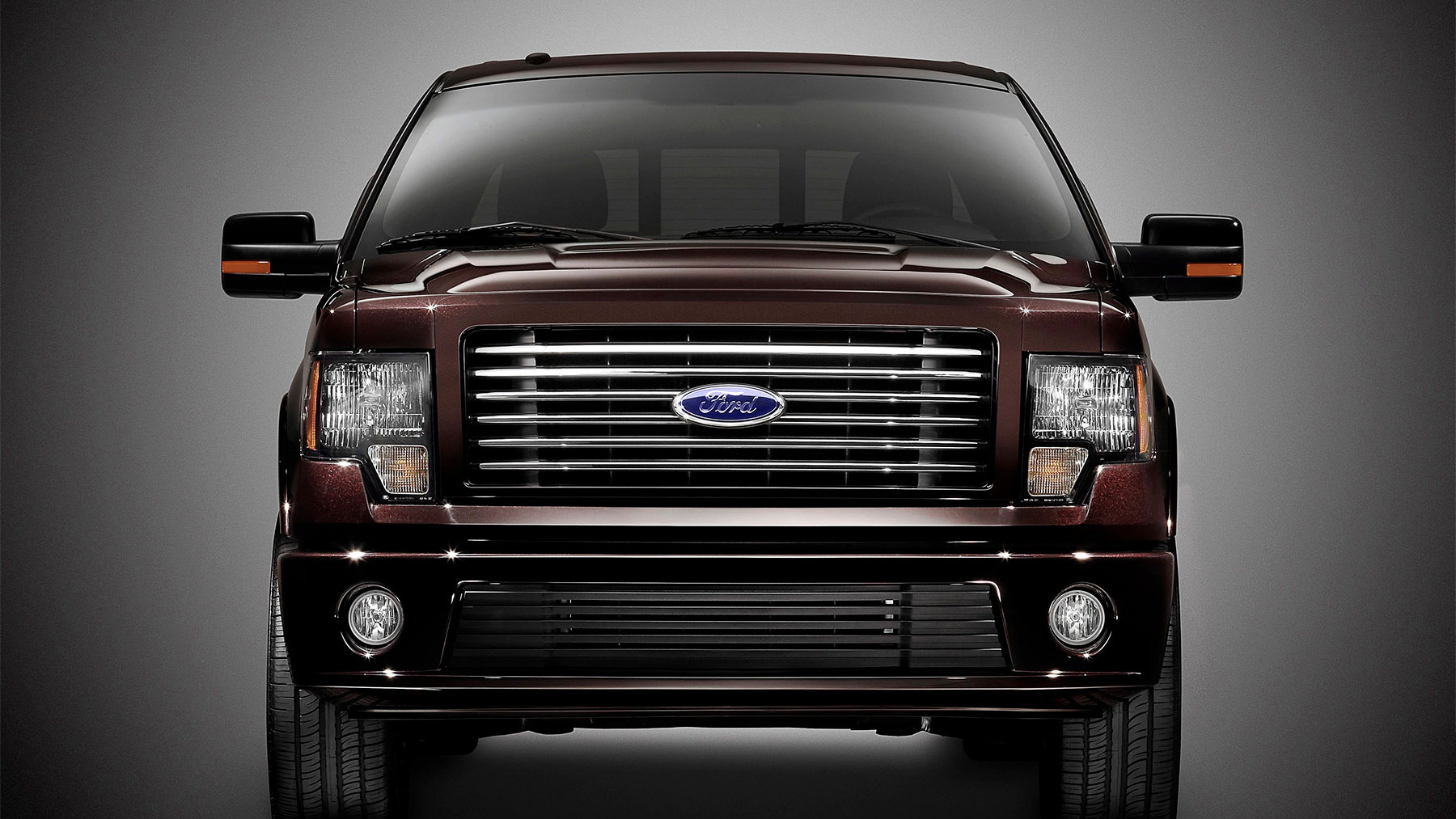 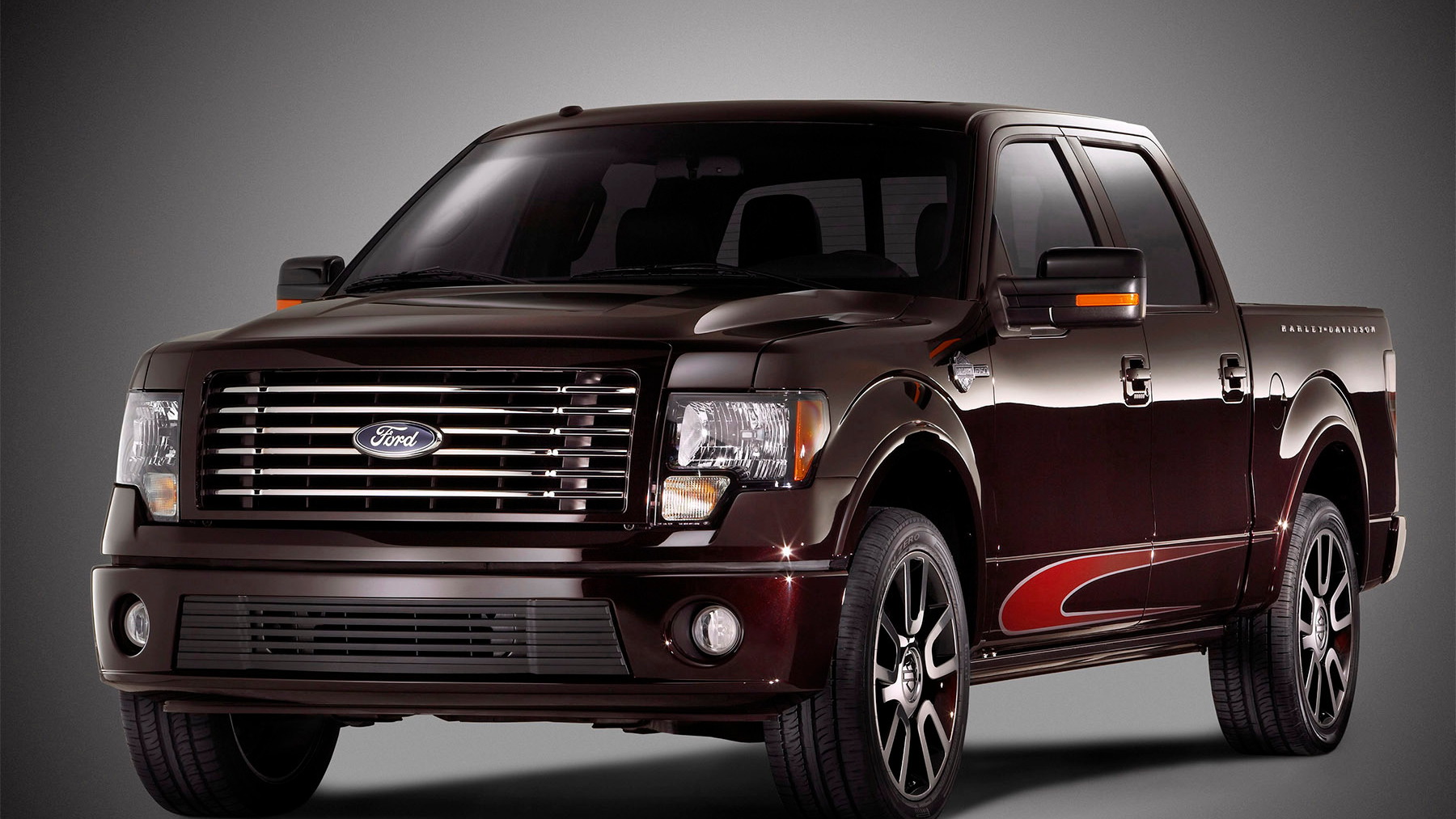 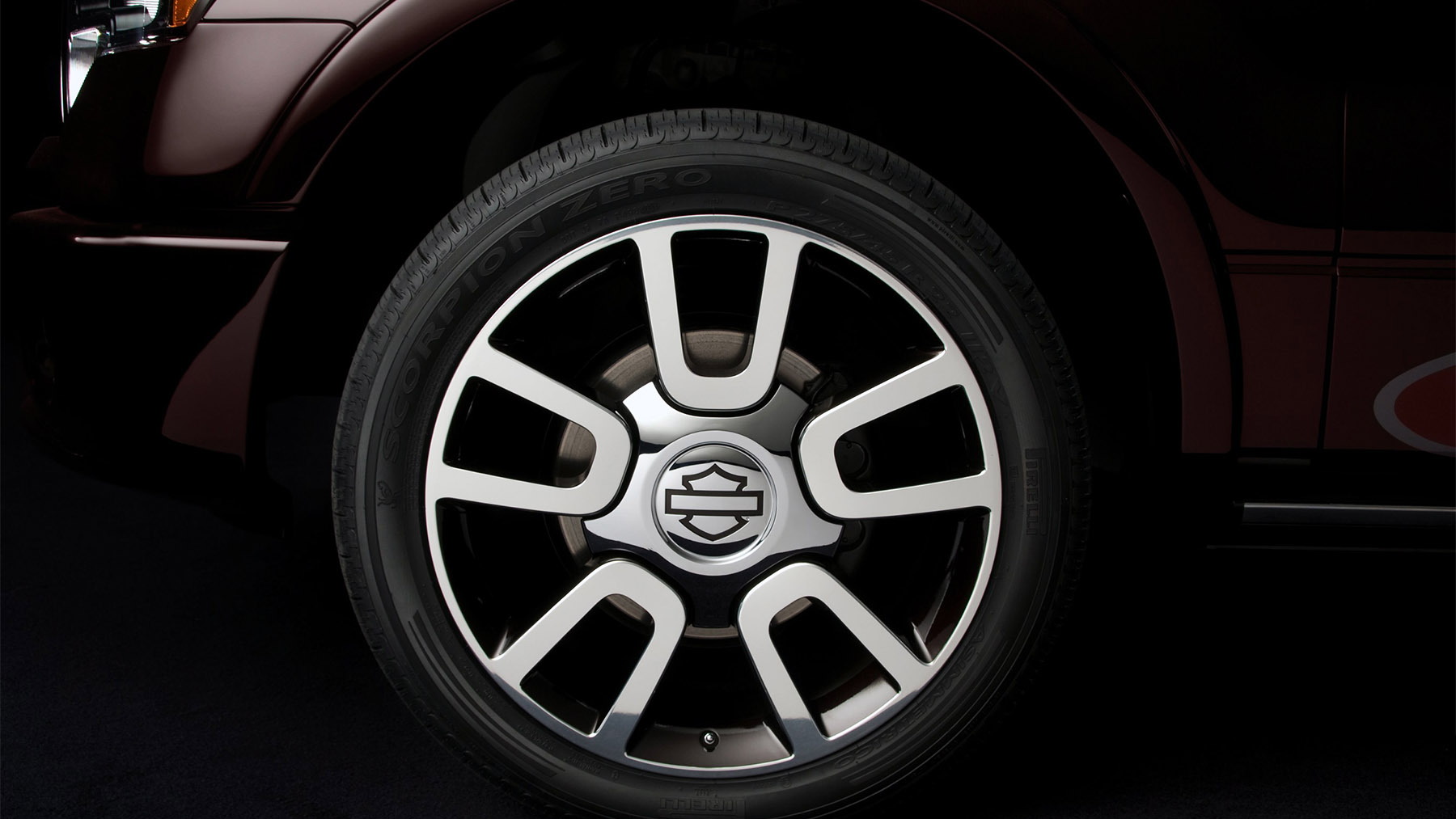 21
photos
Ford will use this week’s Chicago Auto Show to debut a new Harley-Davidson edition of its F-150 pickup truck. Coming in as a 2010 model, the special edition truck receives a new front fascia and grille along with an updated interior and model-specific ornamentation. The Harley-Davidson F-150 edition also picks up sports suspension and 22in forged aluminum wheels.

The exterior of the 2010 Ford Harley-Davidson F-150 features a unique six-bar billet style grille and boasts specialized forged aluminum and Harley-Davidson chrome badging. The truck also has a lowered appearance due to a fully integrated deployable running board. The selected paint finish is ‘Tuxedo Black’ and the first Ford application of ‘Lava’, a deep maroon with three-color metal flake.

Inside, the seats and console lid have been fitted with hand-made Harley-Davidson badges and a limited-edition serialization plate.

Under the hood sits the familiar three-valve 5.4L V8 engine rated at 320hp and 390lb-ft of torque and mated to a six-speed automatic transmission. The truck is available with 4x2 or optional AWD, which features settings of 4x2, AWD and 4x4 high, unique to the Harley-Davidson edition on the F-150 platform. All 2010 Ford Harley-Davidson F-150 models will be SuperCrews.