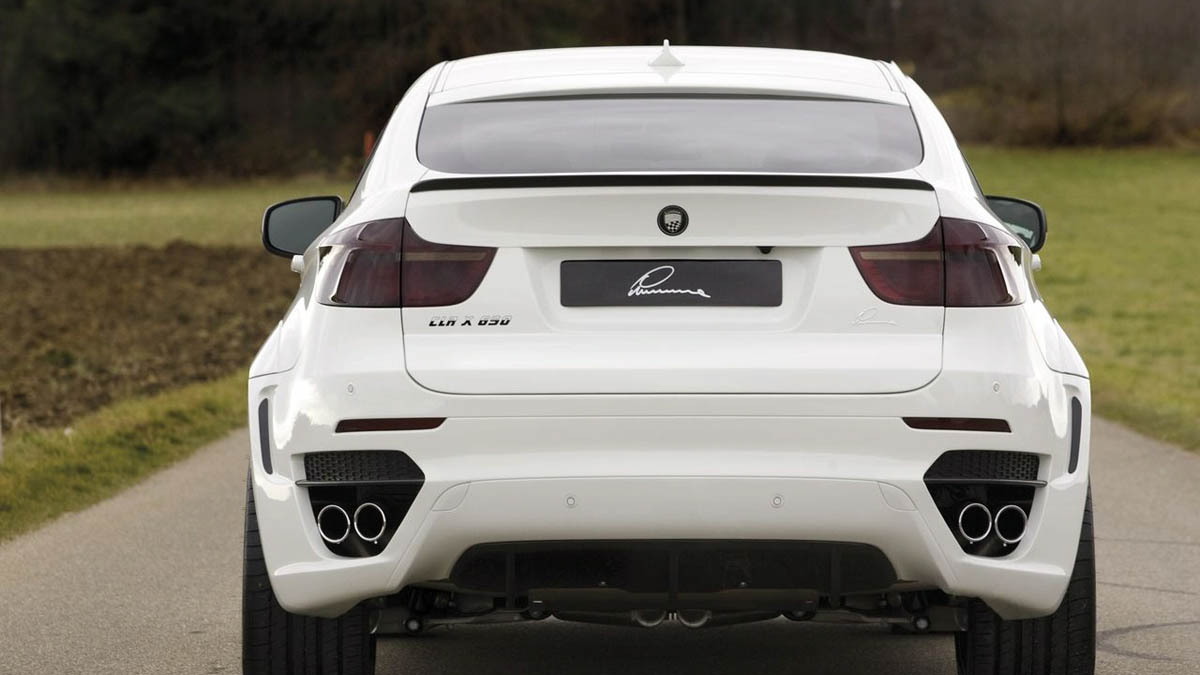 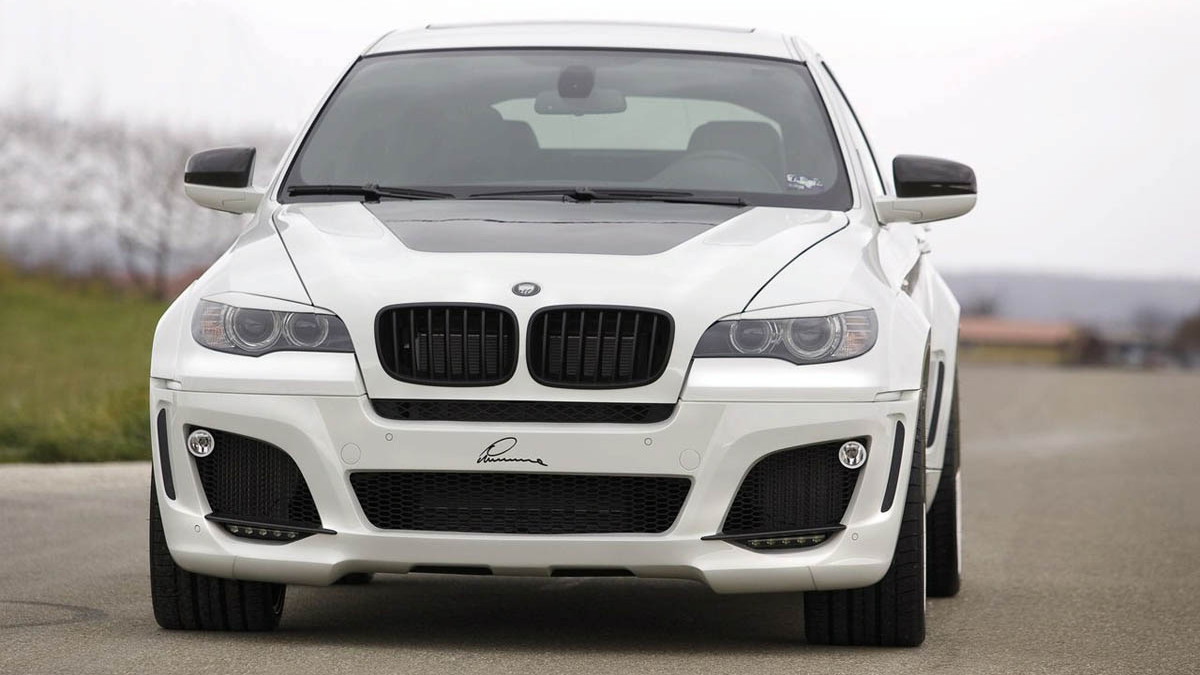 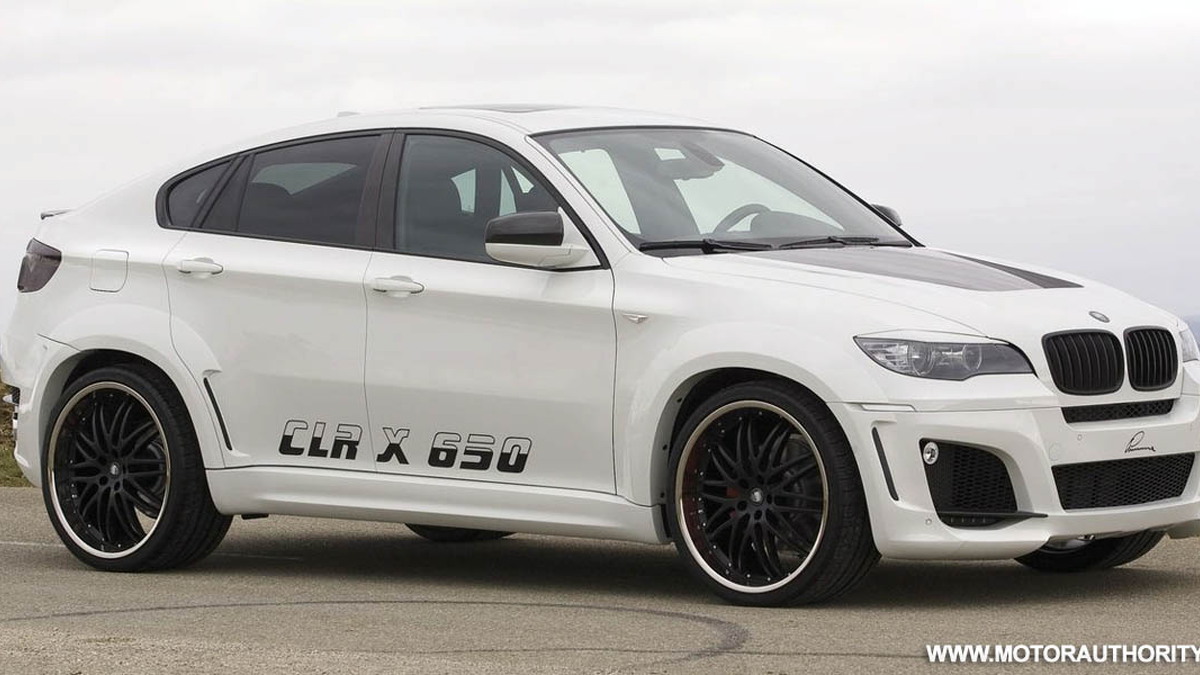 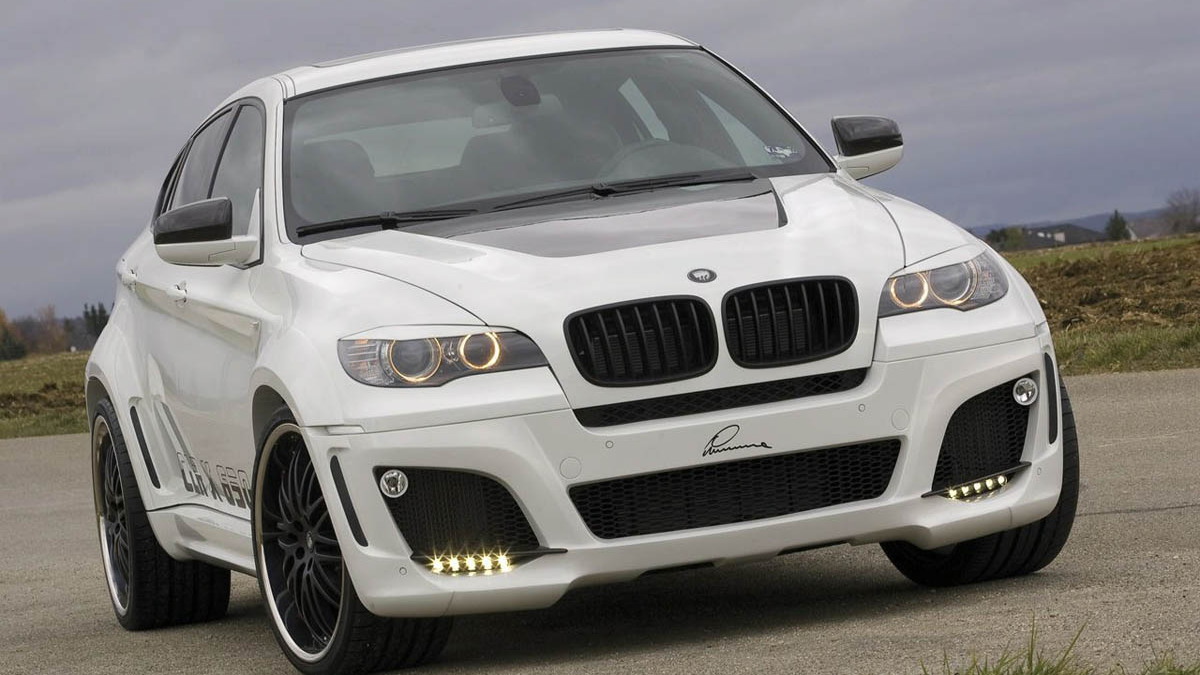 5
photos
German tuner Lumma Design will be unveiling an extensively modified BMW X6 at this year's Essen Motor Show in Germany. Set to debut near the end of this month, the Lumma Design CLR X 650 takes the latest BMW SUV and gives it a new aerodynamic profile, as well as improved power and handling to make it even more potent.

The most striking modification is the eye catching wide-bodykit, which gives the SUV a more aggressive look. Adorned in a simple monochrome color scheme, the body kit includes a larger, gaping grille to feed air into the modified engine and displays an even more menacing appearance. There are also new side skirts, front and rear spoilers, fender extensions, vents on the hood and a very visible rear diffuser in between the custom exhaust tips. This particular kit adds nearly 2in (5cm) of girth on either side of the X6.

Meanwhile, under the bonnet Lumma Design starts off with BMW’s already powerful 4.4L V8 engine, which in standard form pumps out close to 400hp (298kW). For the CLR X 650, Lumma reprograms the ECU and adds an engine dress-up kit. This kit contains a red coated engine cover and
carbon air intake inlet tubes.

To help the X6 cope with its uprated powertrain, Lumma also installs a sports braking system to provide increased stopping power. These reside within 23in forged alloy wheels, and sit some 35mm lower than the brakes on the standard X6 thanks to an adjustable suspension lowering kit.

Inside, there is two-tone leather, carbon and Alcantara trim and a new sports steering wheel, as well as an advanced telematics system. This system includes a pair of 7.5in monitors installed in the back of the headrests.