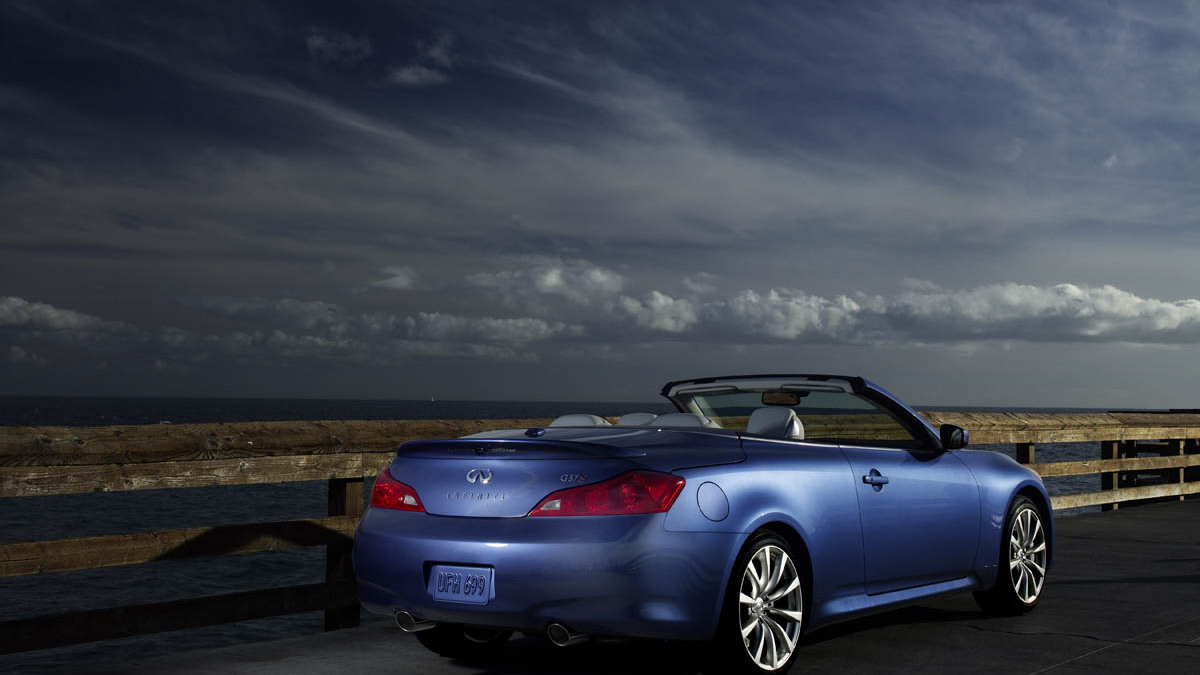 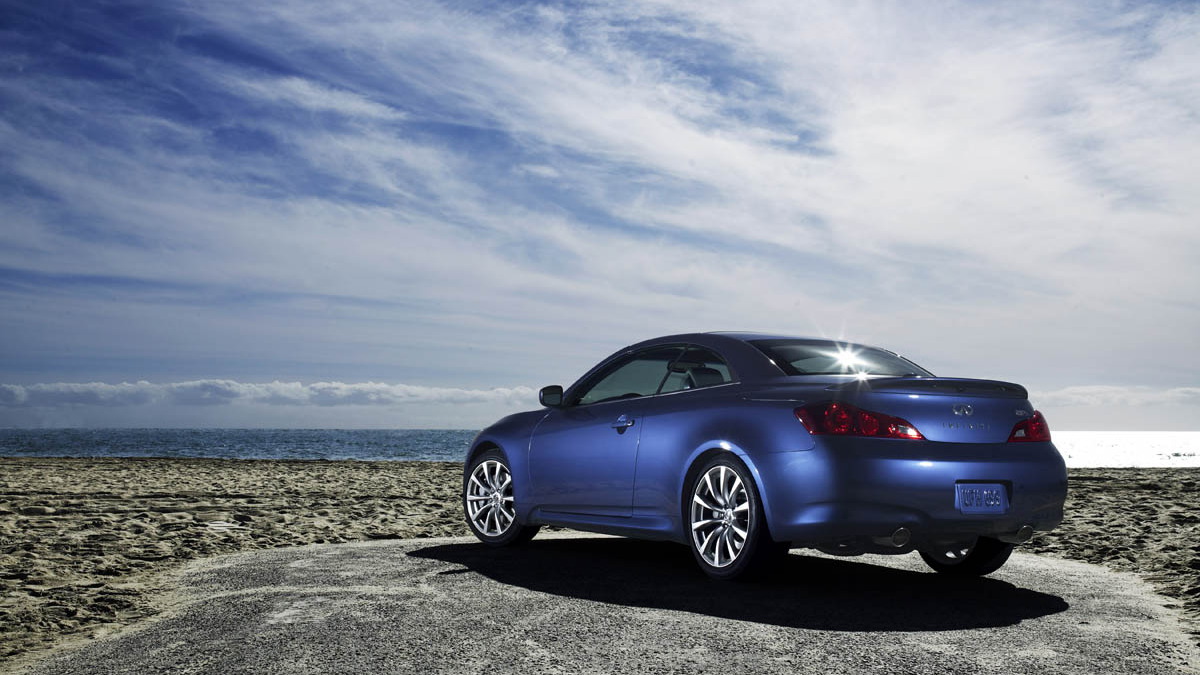 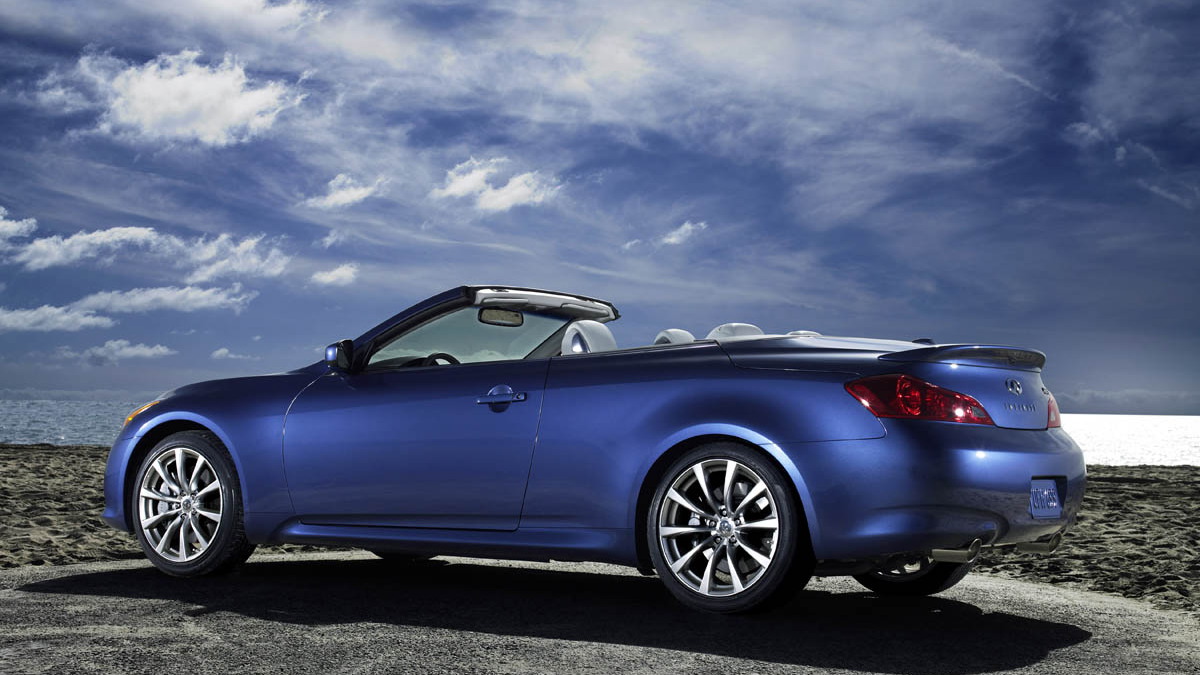 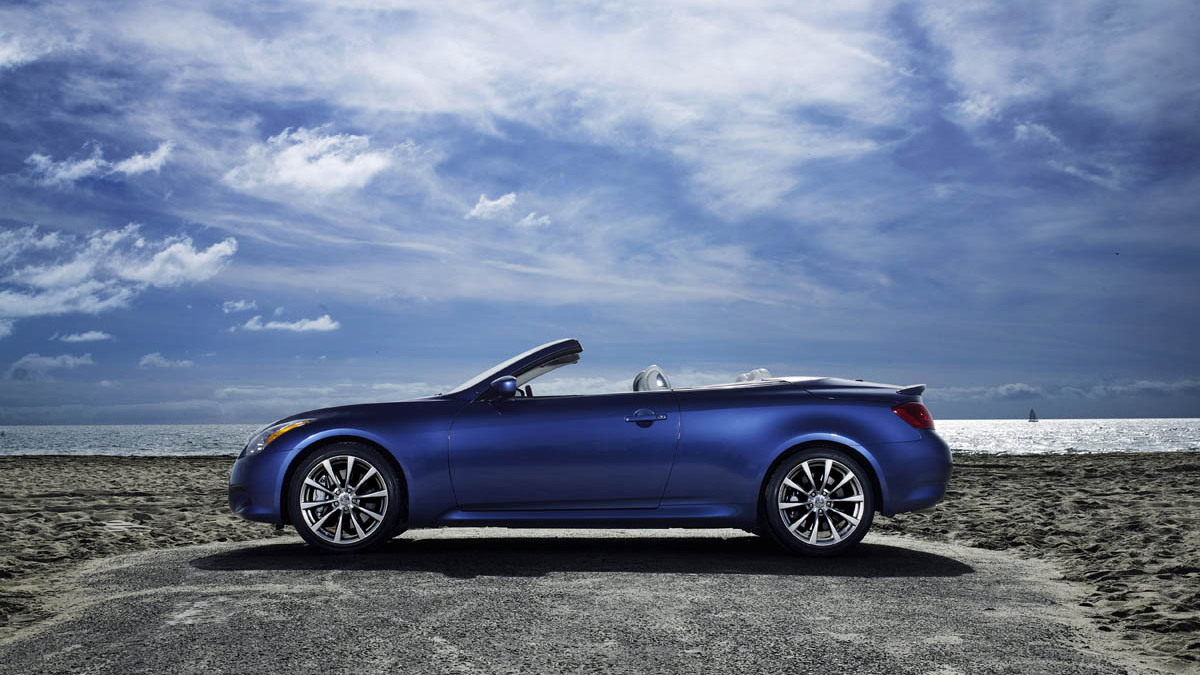 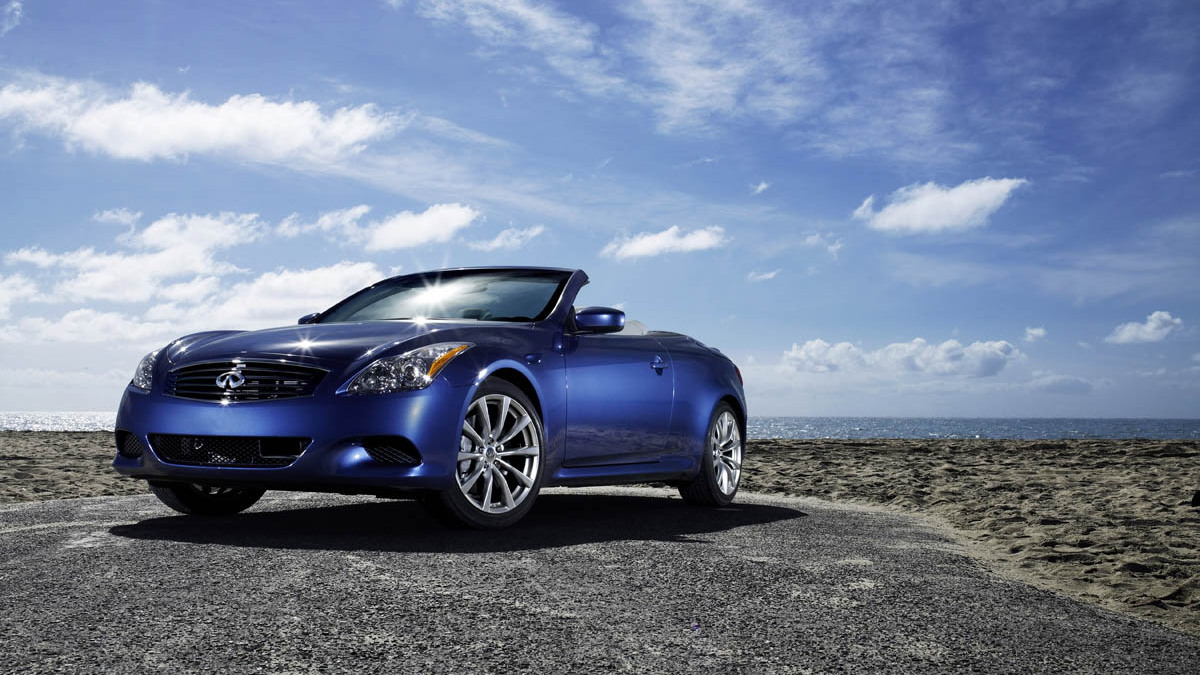 Infiniti's gorgeous new G37 Coupe gets a drop-top sister today, and having seen the vehicle in the metal, we can confirm it's even better in person. The svelte Convertible is the first G car to go topless, and aside from the folding hardtop design, its specifications are essentially identical to the Coupe, though pricing will be a notch higher.

The new Convertible will start sale in the U.S. and throughout North America in the first quarter of next year, expanding to other Infiniti markets around the world as the year unfolds.

Horsepower for the Convertible is down slightly versus the Coupe - 325hp (242kW) for the drop-top compared to 328hp (245kW) for the Coupe.

It features a three-piece folding steel top and a special convertible-focused interior, including a unique Bose Open Air Sound System that dynamically changes equalization based on outside noise, vehicle speed, and top position. Also on the feature list is an adaptive climate control system that adjusts fan speed in accordance to top position and vehicle speed.

Infiniti's rhetoric surrounding the new G convertible is thick, but it serves to illustrate the inspiration behind the car within Infiniti.

Brian Carolin, senior vice president of sales and marketing, speaking at the vehicle’s world debut said, “Designed to rejuvenate the spirit, the G Convertible adds an open-air soundtrack to the G’s legendary driving exhilaration. This new G has dual beauty – it looks as good with the top up or down – along with a beautiful, leather-appointed interior that is meant to be experienced wide-open.”

Pricing hasn't been announced yet, but expect it to start off a few thousand dollars above the standard G37 Coupe's $35,900 to pay for the added complexity of the folding top and the structural work necessary to preserve stiffness.