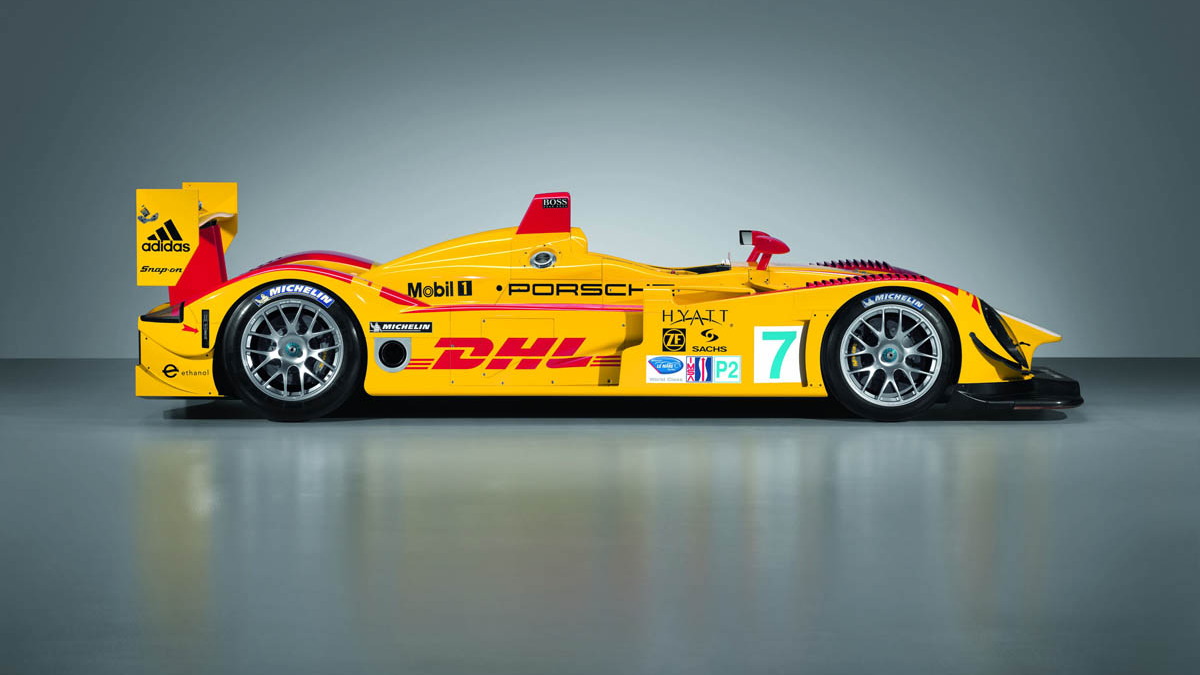 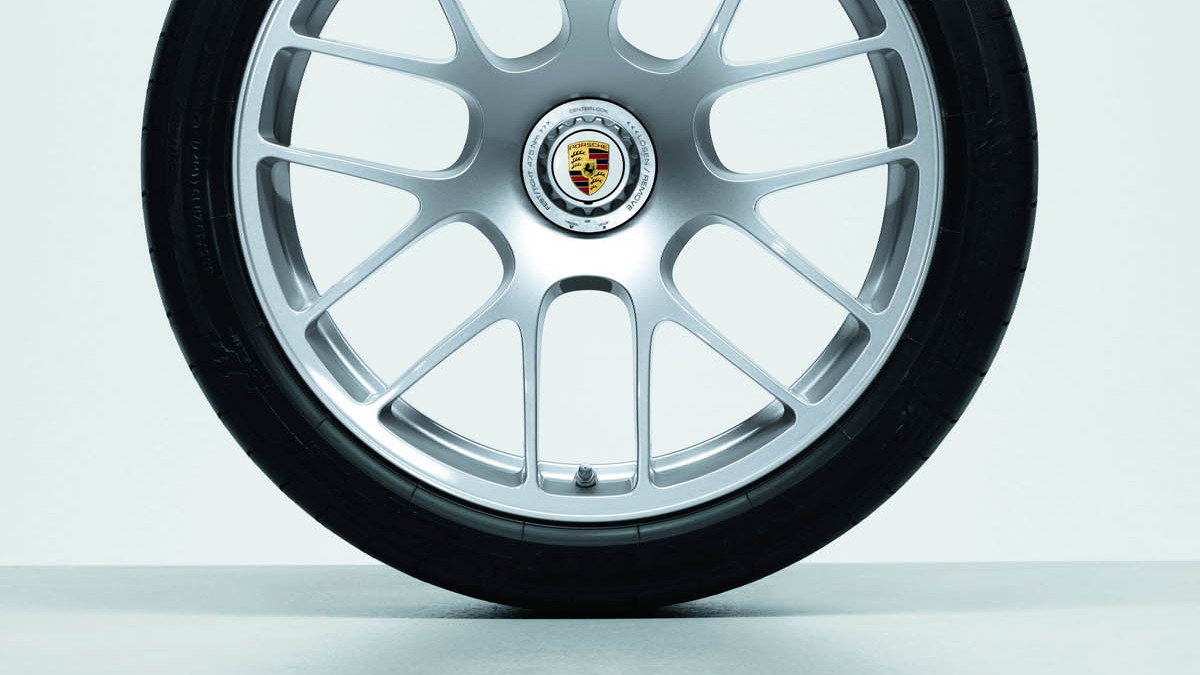 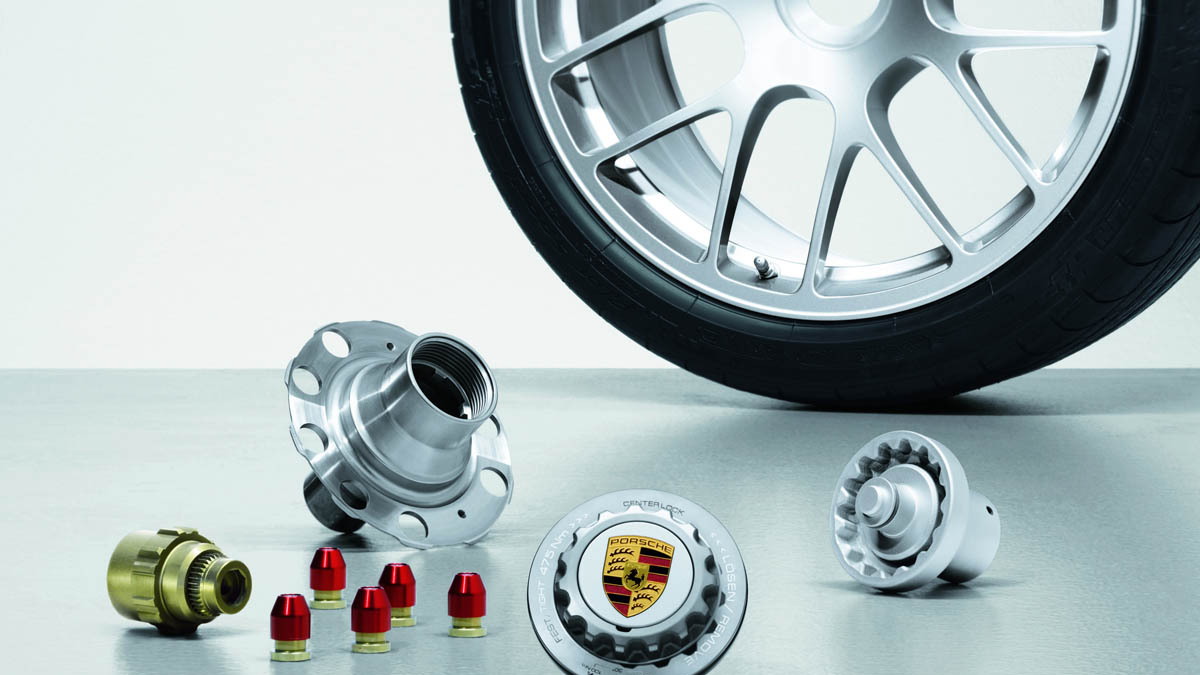 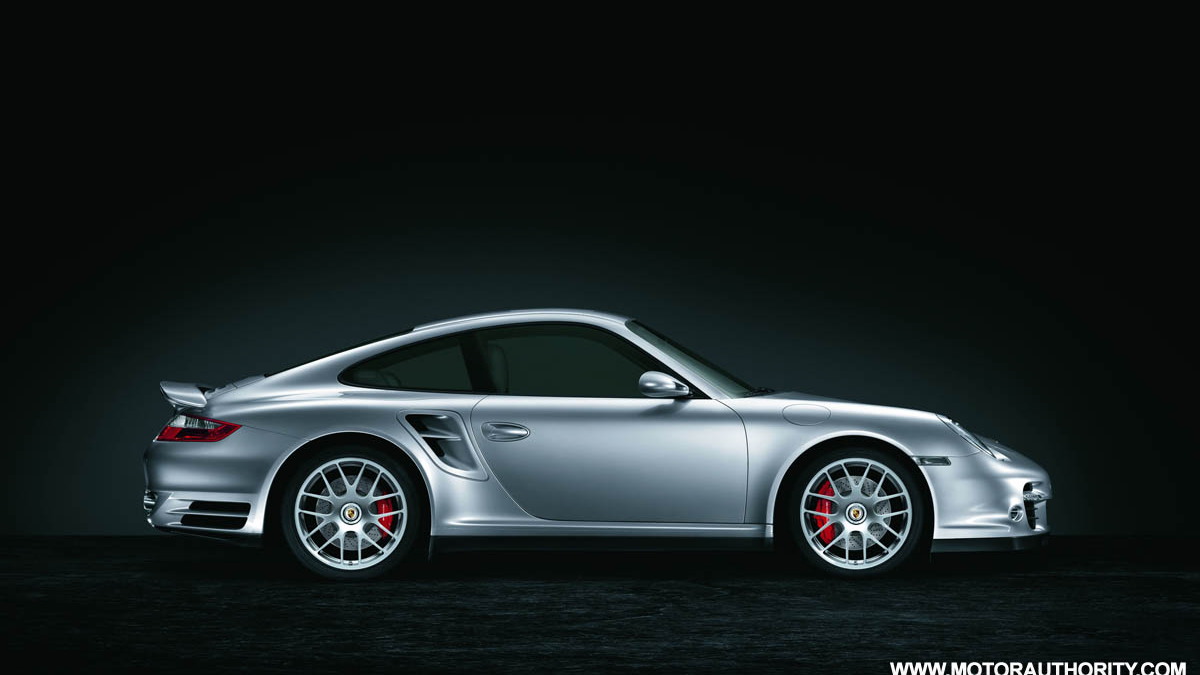 4
photos
In commemoration of the Porsche Spyder RS sports prototype race car's success in the American Le Mans Series, Porsche is making available a special edition set of wheels with a unique central locking mechanism and high-tech materials and design.

The success of the RS Spyder in the ALMS series is undeniable, sweeping all titles in the category for the third season in a row. The car also won its class in its first run at the 24 Hours of Le Mans this year as well, and won the title in the European Le Mans Series - a very impressive season in all.

And the wheels that are built to celebrate are impressive as well. The alloy wheels with seven U-shaped double-spoked arms feature a central locking unit that does away with the wheelnut system of race cars for a more secure locking-bolt system. The spring-loaded bolts are eloxy-plated in titanium color offering contrast to the aluminum of the 19" wheels themselves. The contrasting innards are hidden behind a Porsche-logo cap, however, ensuring a clean and sophisticated look for the 911 Turbo they're fitted to.

Though the bulk of Porsche's lineup has already received its facelift for the 2009 model-year, the Turbo is among the handful still awaiting the update. Expected improvements include the addition of direct injection, which will yield more Nissan GT-R fighting horsepower and greater efficiency, an optional PDK dual-clutch gearbox, and minor visual and stylistic updates. For more on the 2009 Porsche 911 Turbo facelift, check out our previous coverage.