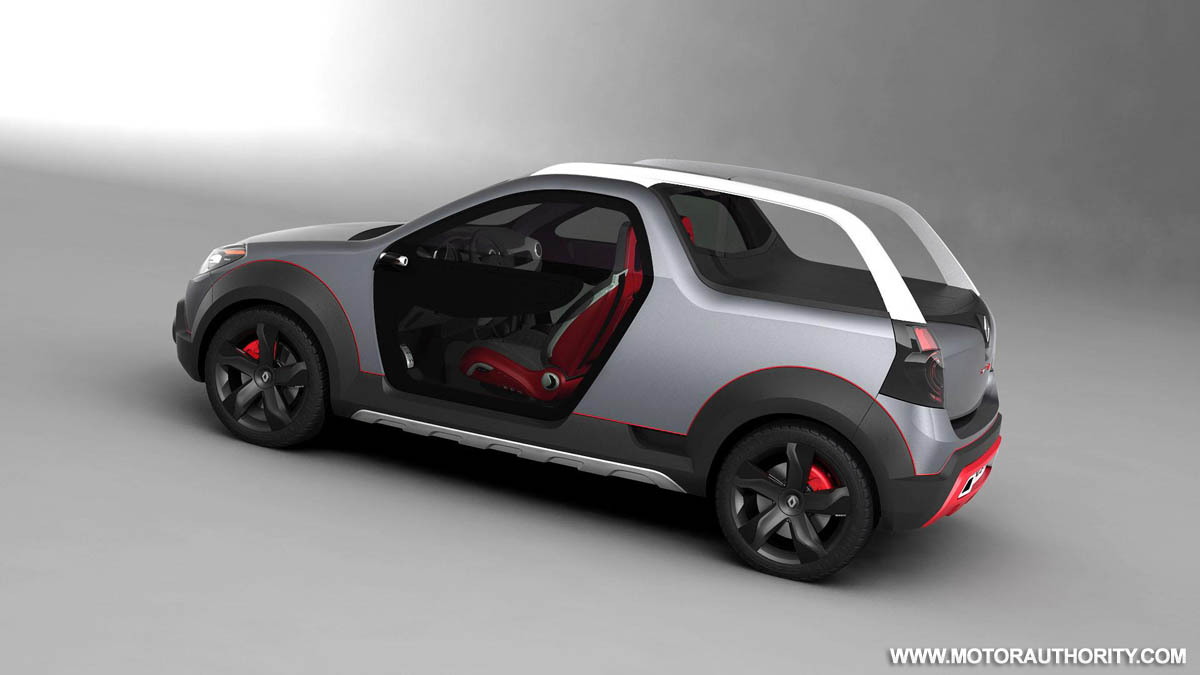 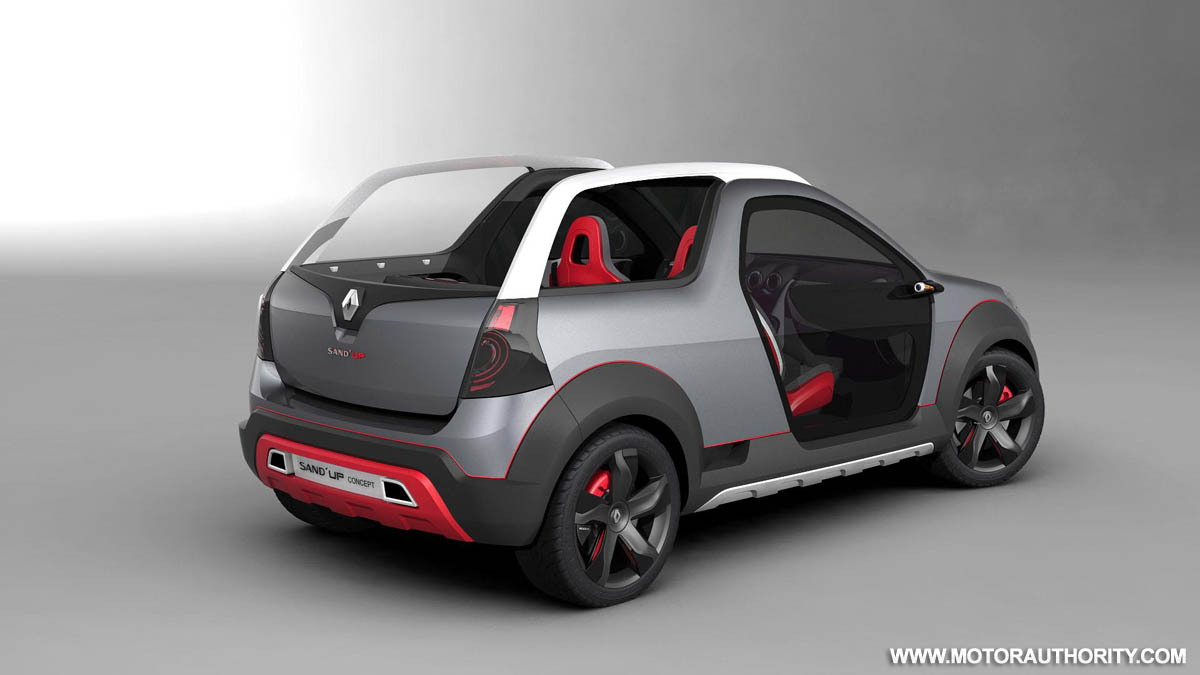 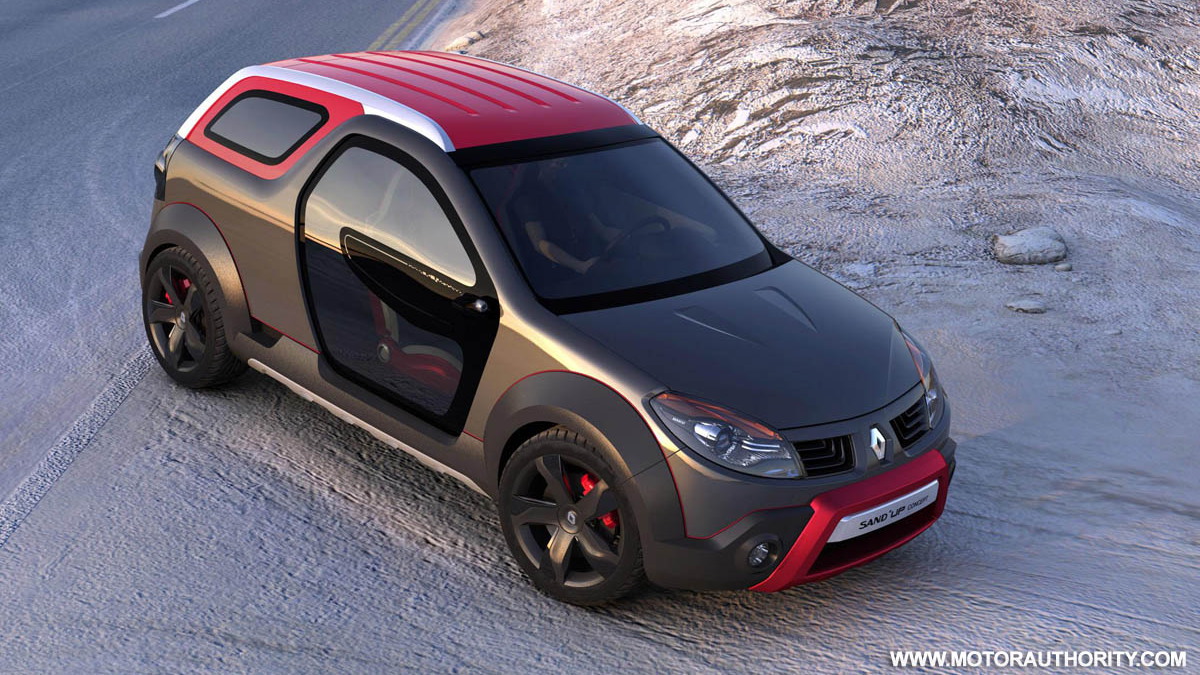 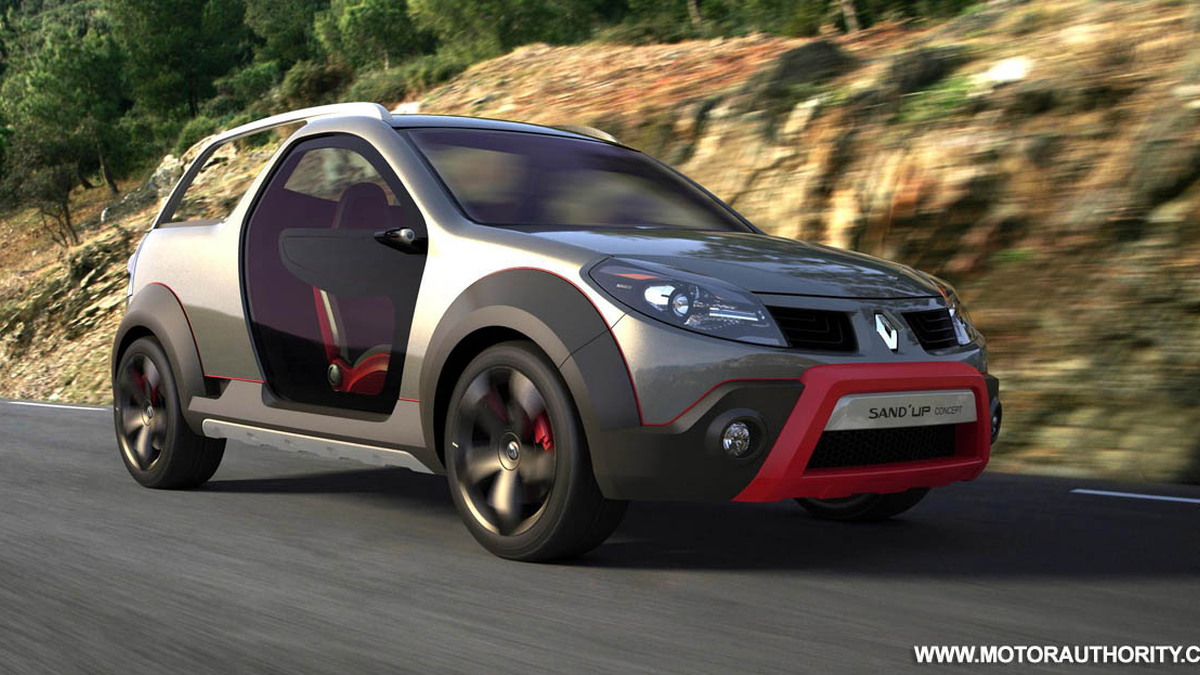 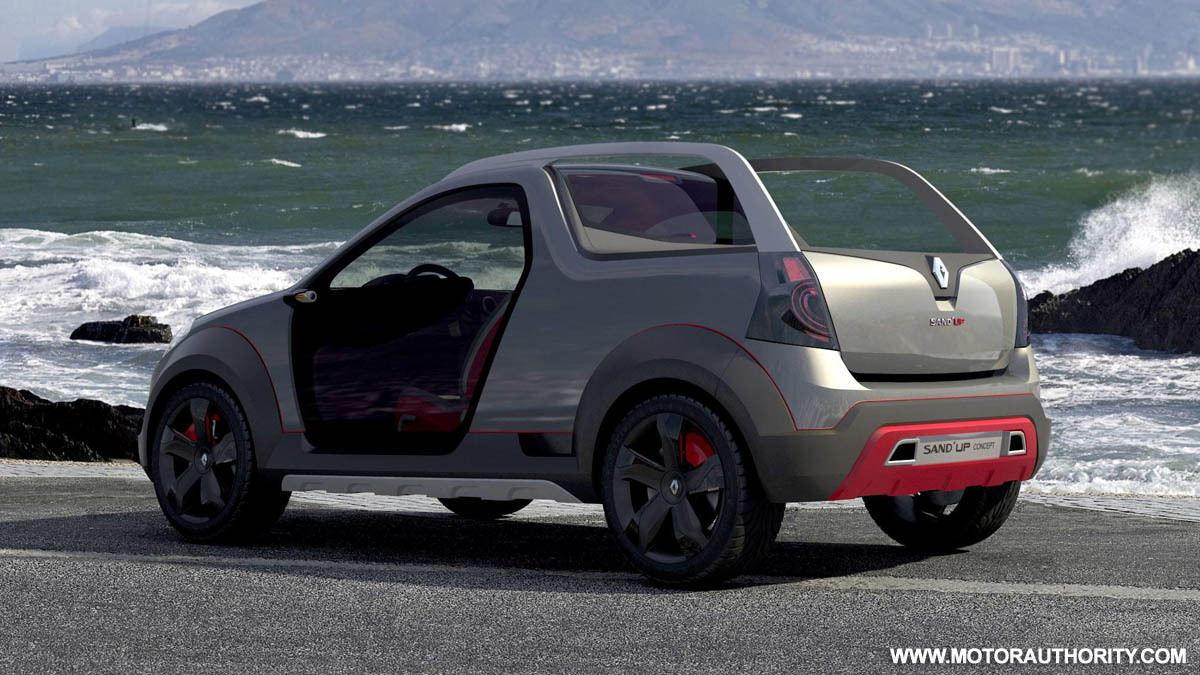 16
photos
Renault has taken the covers off a new concept car at the Sao Paolo Auto Show in Brazil. The new concept is the Sand’ Up buggy and is loosely based on the French carmaker’s Sandero line of budget cars. In Brazil the Sandero is known as the Stepway and it is set to be updated, with influences expected to be taken from this latest concept.

The Sand’ Up was designed and built by Renault’s South American design team and features a 2+2 seating configuration and an adjustable hard top-roof that can be removed in order to convert the car into a compact utility. Another bodystyle that can be accommodated thanks to the concept’s modular design includes a coupe.

Power comes from a 1.6L HI-Flex engine designed to run on either ethanol or petrol, in which case it develops 112hp (84kW) and 107hp (65kW) respectively. Torque figures come in at 109lb-ft (148Nm) and 112lb-ft (151Nm) respectively. Drive is sent to the front wheels via a five-speed manual gearbox.