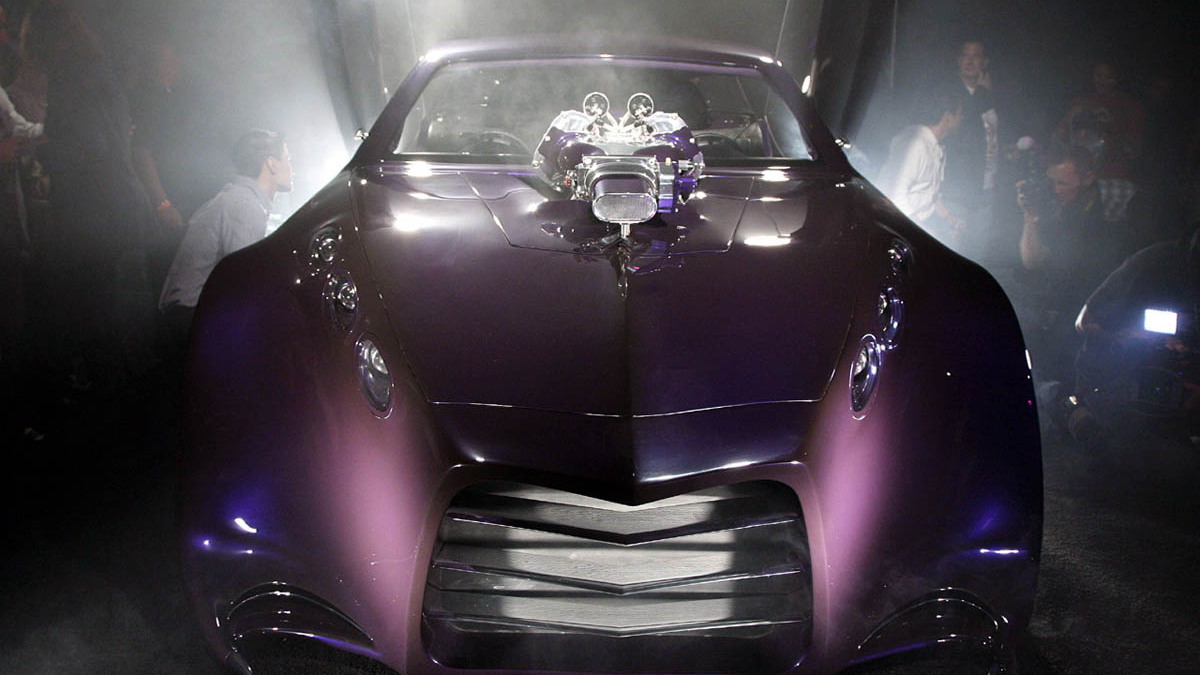 2
photos
The guys from Galpin Auto Sports (GAS) took the covers off a new concept car over the weekend, which the Californian tuner plans to showcase at the upcoming SEMA Auto Show in Las Vegas. The concept is the 2008 Scythe, a fully custom hot-rod powered by an exposed twin supercharged 5.0L V8 engine.

The concept was essentially developed to showcase the fabrication abilities of GAS, and features a hand-made composite body, voice-activated onboard computer system, and a 1,005hp (750kW) twin-supercharged engine designed to run on methanol. Modifications to the engine include the addition of twin Magnuson superchargers, custom ported 24-valve SOHC cylinder heads, a new intake manifold, and performance camshafts. Other performance advances include a custom air-suspension system and 16.5in Wilwood brakes with six-piston calipers.

While the Scythe is packed with ultra-modern features, GAS still employed a number of old-world coachbuilding techniques during its construction. Based around a 2008 Ford Mustang GT Convertible, GAS started with a full clay model and then used this as a mould for the composite body panels.

Some of the unique features include reverse opening vertical doors, a wrap-around pillarless glass cockpit with no B or C-pillars and custom headlights and taillights surrounded by hand-made aluminum trim.

The interior features include a Shuttle XPC computer that manages every function of the car and is controlled entirely by voice commands. Other onboard electronics include flush mounted exterior cameras that offer 24-hour mobile phone monitoring as well as a voice-activated iPod compatible JL Audio 5.1 sound system.