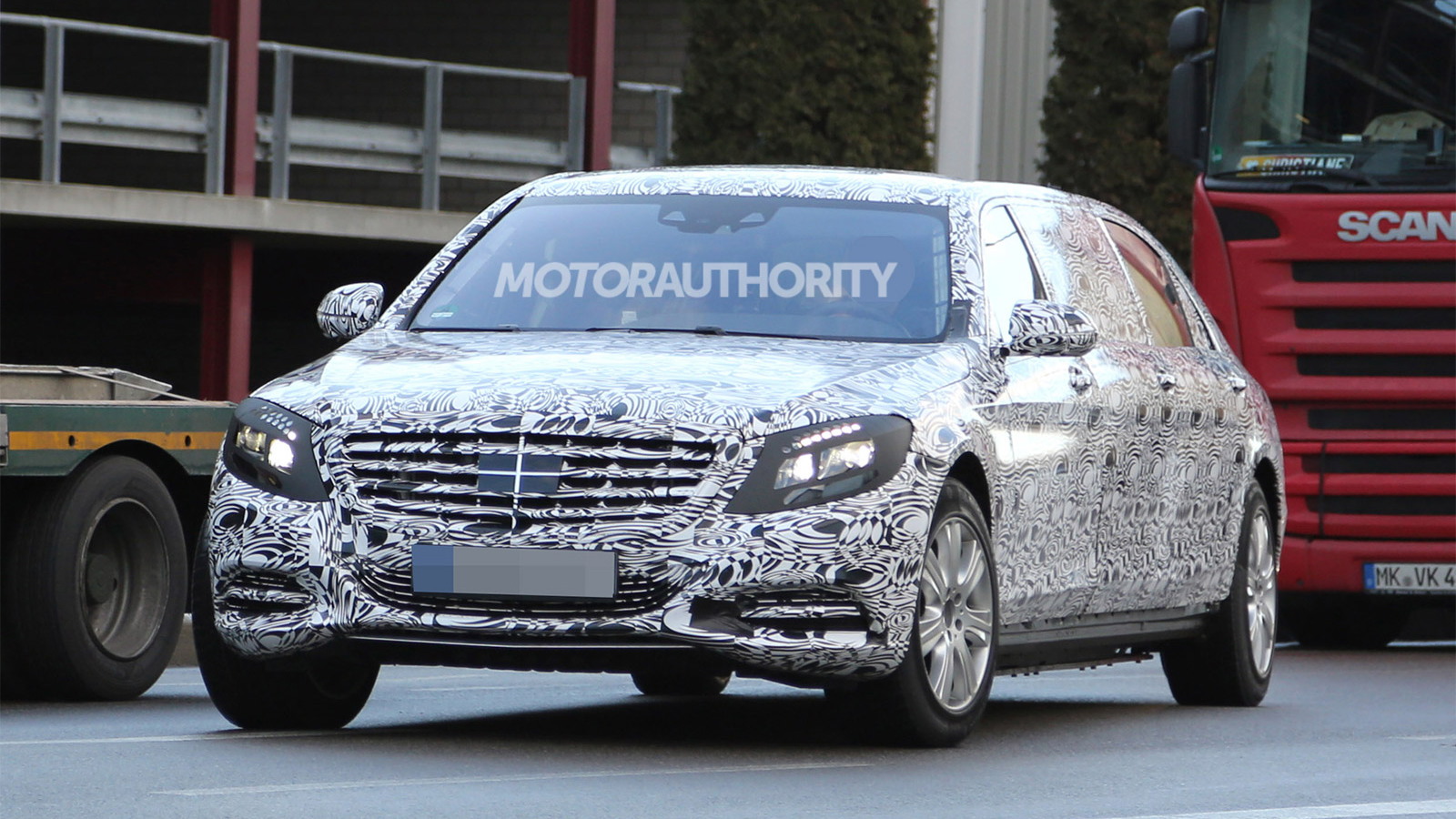 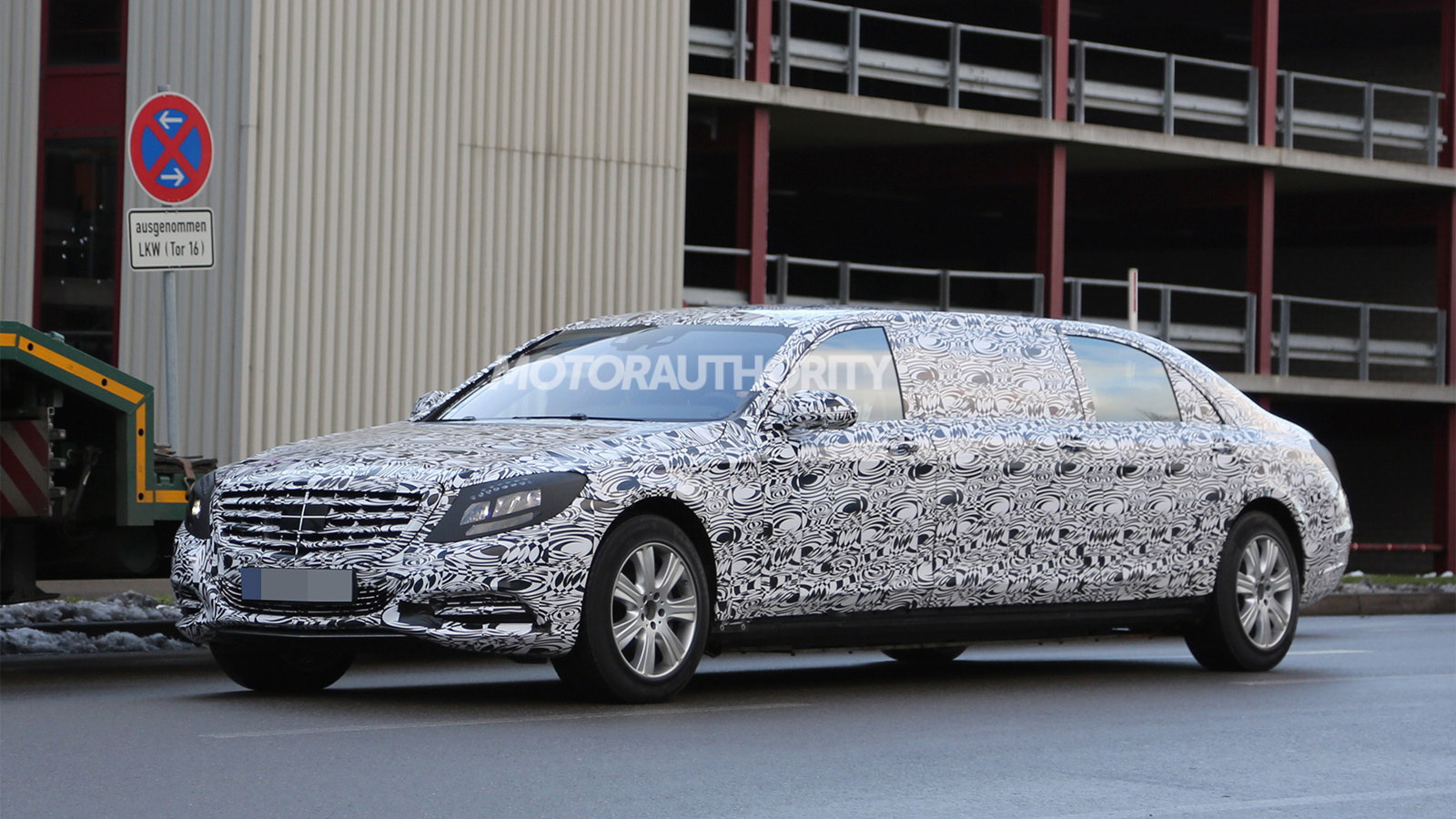 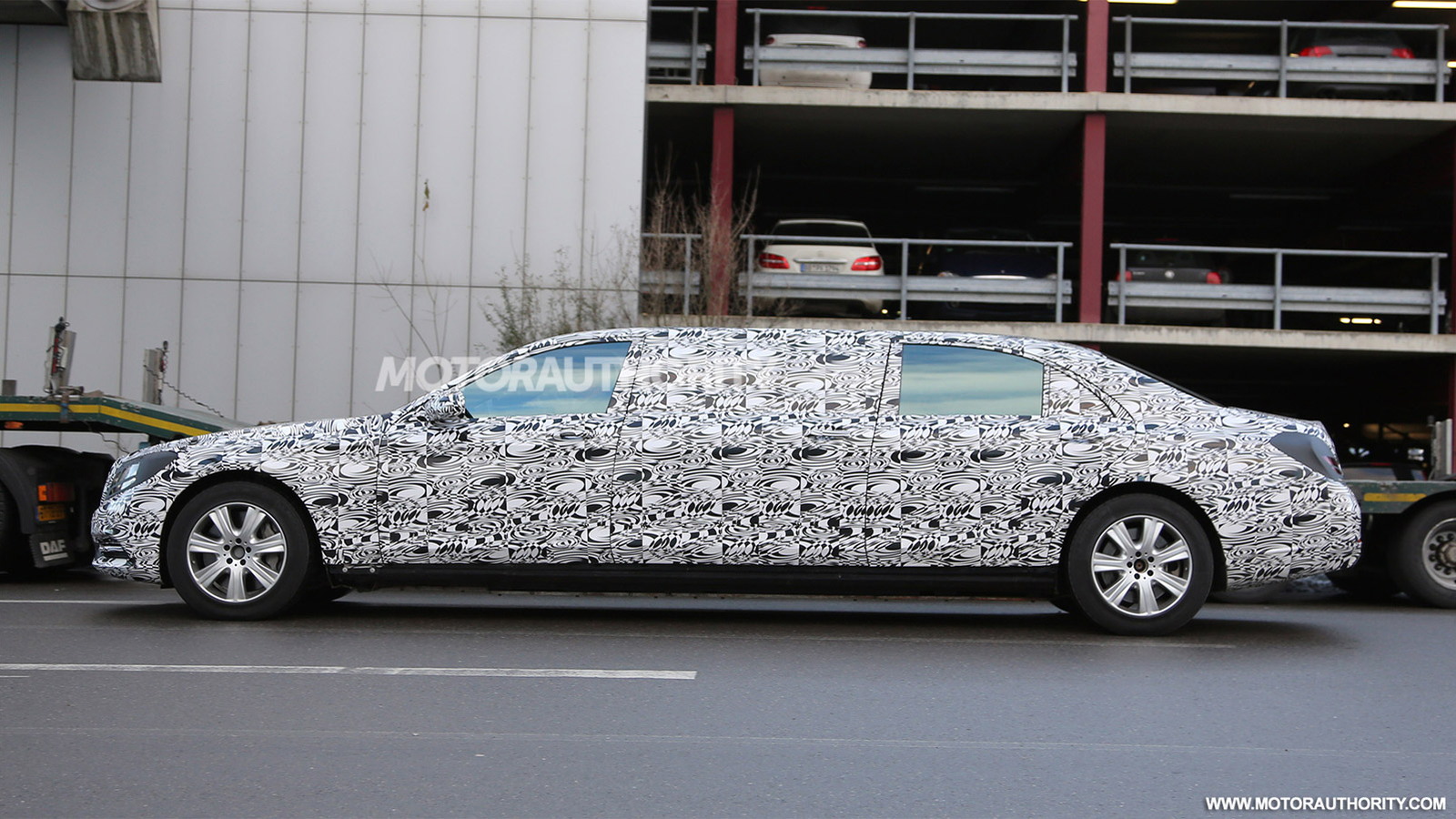 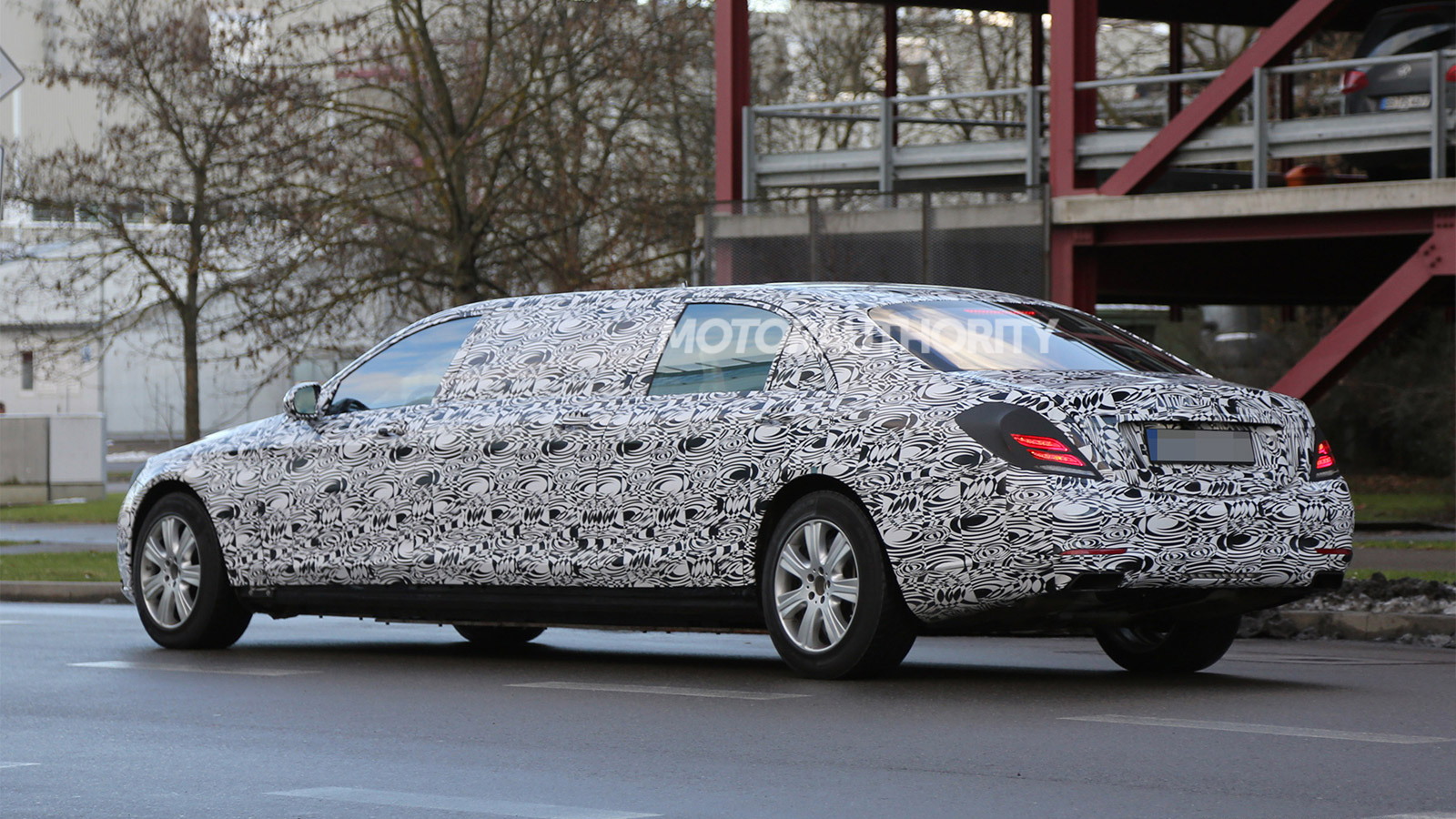 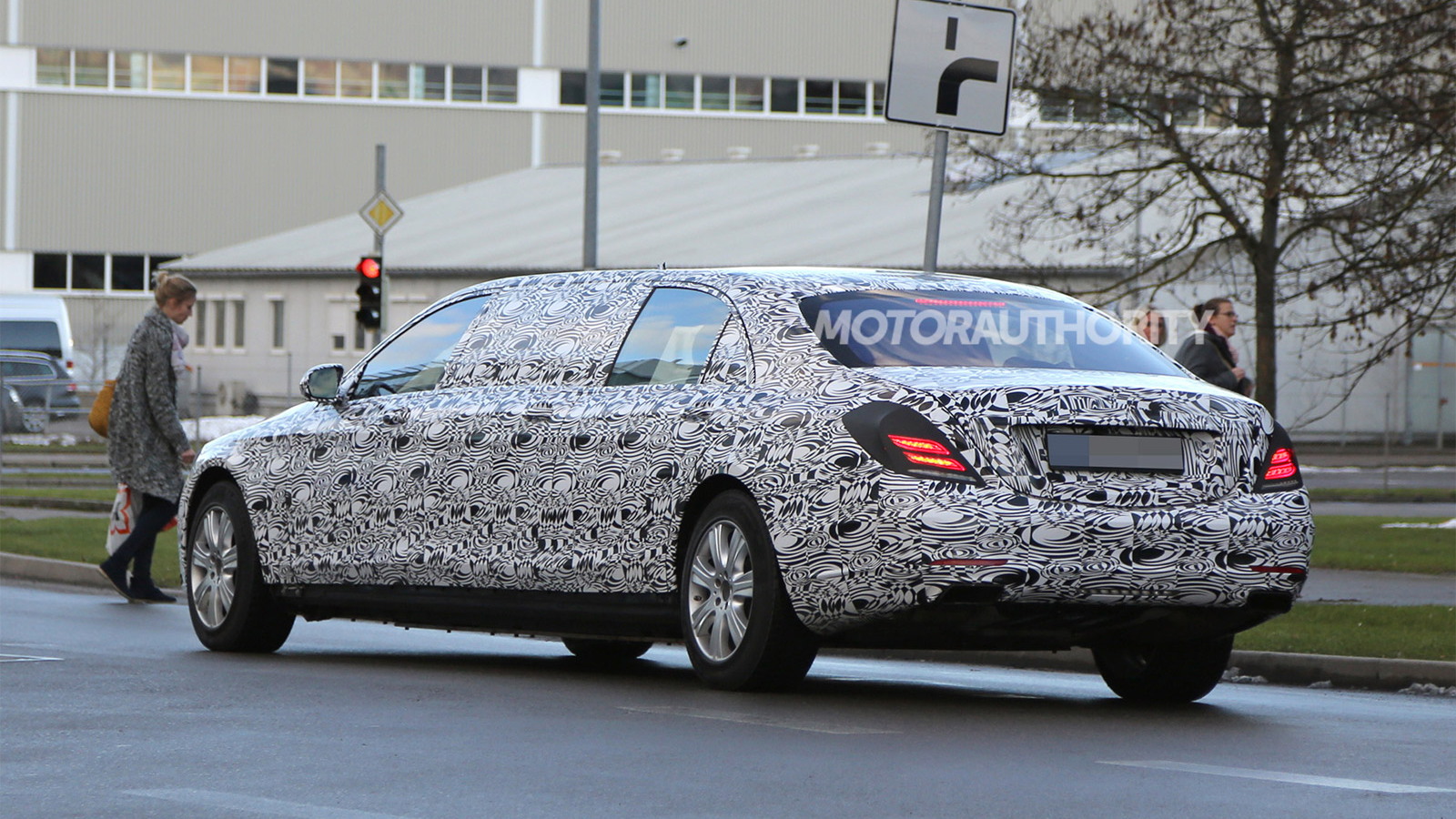 34
photos
Mercedes-Benz is working on an extra, extra-long version of its S-Class sedan that’s expected to revive the Pullman name and have a price tag more than double that of the Rolls-Royce Phantom in some guises. A prototype version has been spotted again, revealing many of the car’s details including parts of its interior for the first time.

This S-Class Pullman will be the second model offered by the recently launched Mercedes-Maybach ultra-luxury sub-brand. Its official title is expected to be Mercedes-Maybach S600 Pullman, with the “S600” part of the name indicating a V-12 powertrain. In this case, a twin-turbocharged 6.0-liter V-12 with at least 523 horsepower and 612 pound-feet of torque on tap.

The design of the car will resemble the recently revealed 2016 Mercedes-Maybach S-Class, but on a larger scale. We’ve seen some leaked patent shots that pretty much give away the design, but while these showed a sedan with four doors the prototypes appear to have a six-door design. The middle set of door handles may be a ruse to hide the final design, although it’s possible Mercedes is also readying a six-door design similar to what’s being offered by German coachbuilder Binz.

Note, another German firm, Brabus, is believed to be helping with the development of the new S-Class Pullman, particularly in the area of armor protection.

This will be the sixth and final variant of the latest-generation S-Class, with the others being the standard size sedan, long-wheelbase model we get as standard here in the U.S., the stylish coupe, an upcoming convertible, and the Mercedes-Maybach S-Class we saw last year.

Along with its very large size, the S-Class Pullman is also expected to sport a very large price tag, potentially claiming the title of the most expensive sedan in the world. Prices as high as $1 million, when ordered with armor plating, could put the car at a price more than twice that of the nearest competitor, the Rolls-Royce Phantom, which starts at around $400k.

Inside is expected to be a 2+2+2 seating arrangement, with the four seats in the rear facing each other. The vehicle will be aimed at presidents, world dignitaries and ultra-wealthy individuals.

Look for a debut at the 2015 Geneva Motor Show in early March.