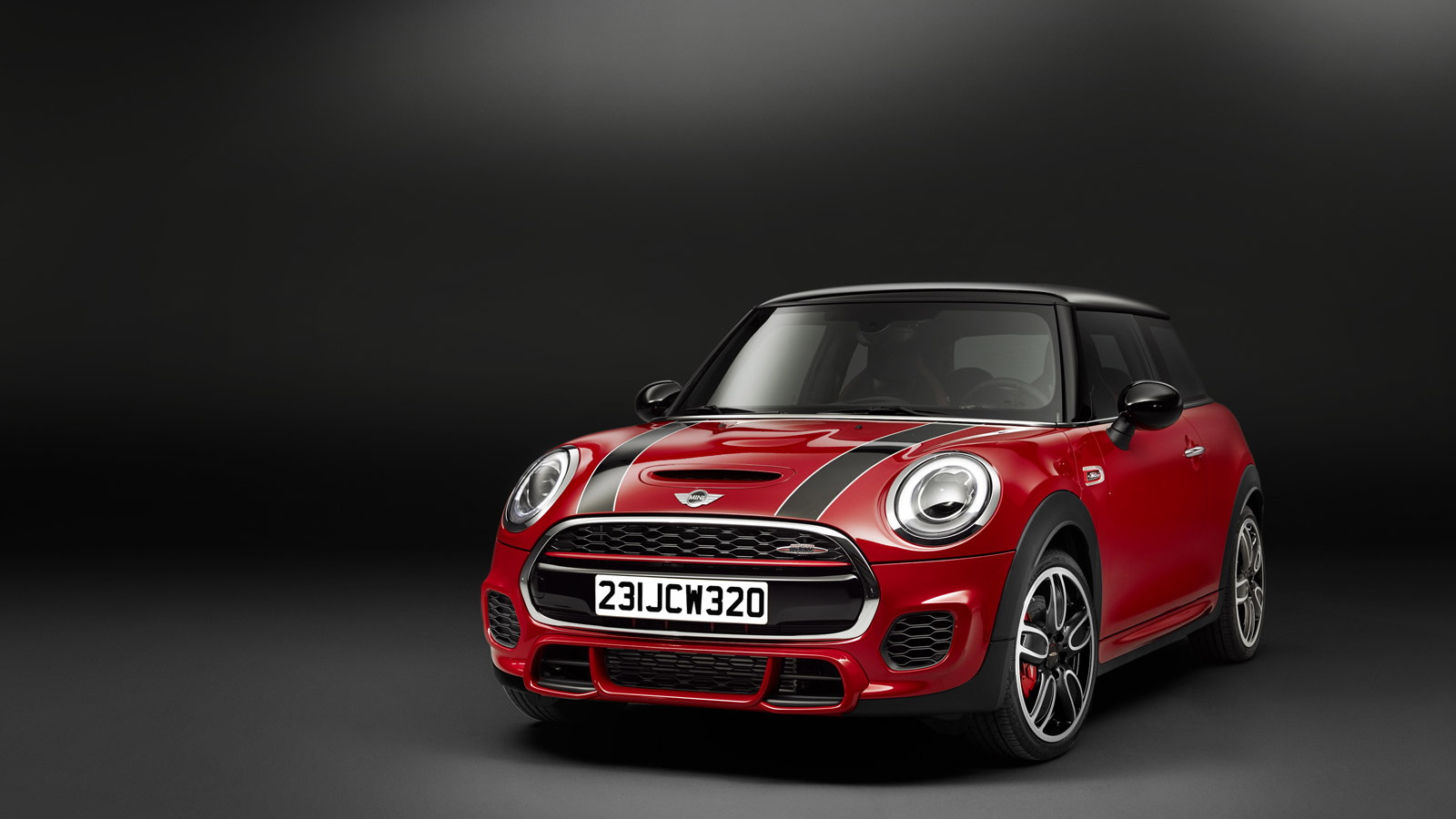 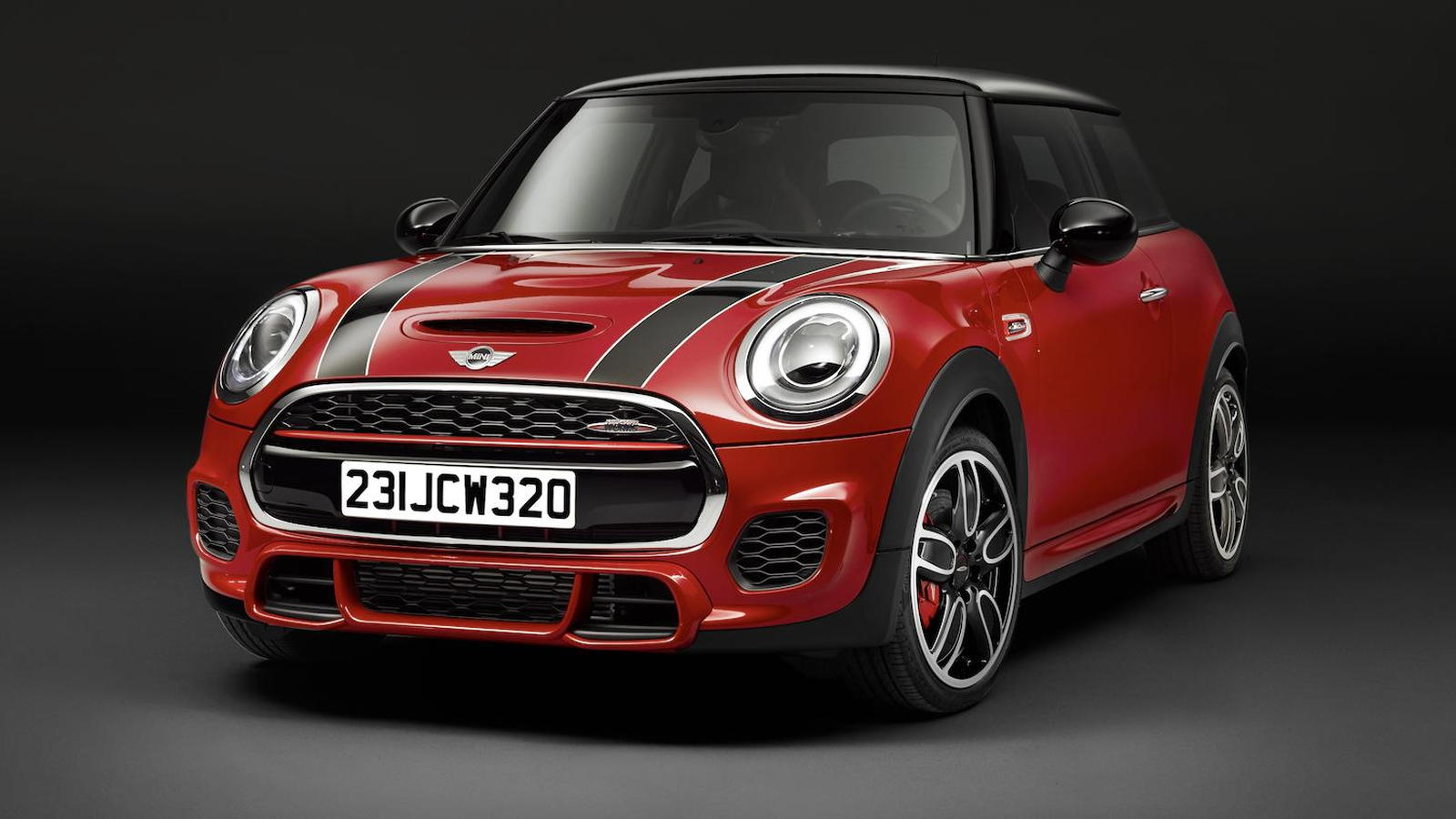 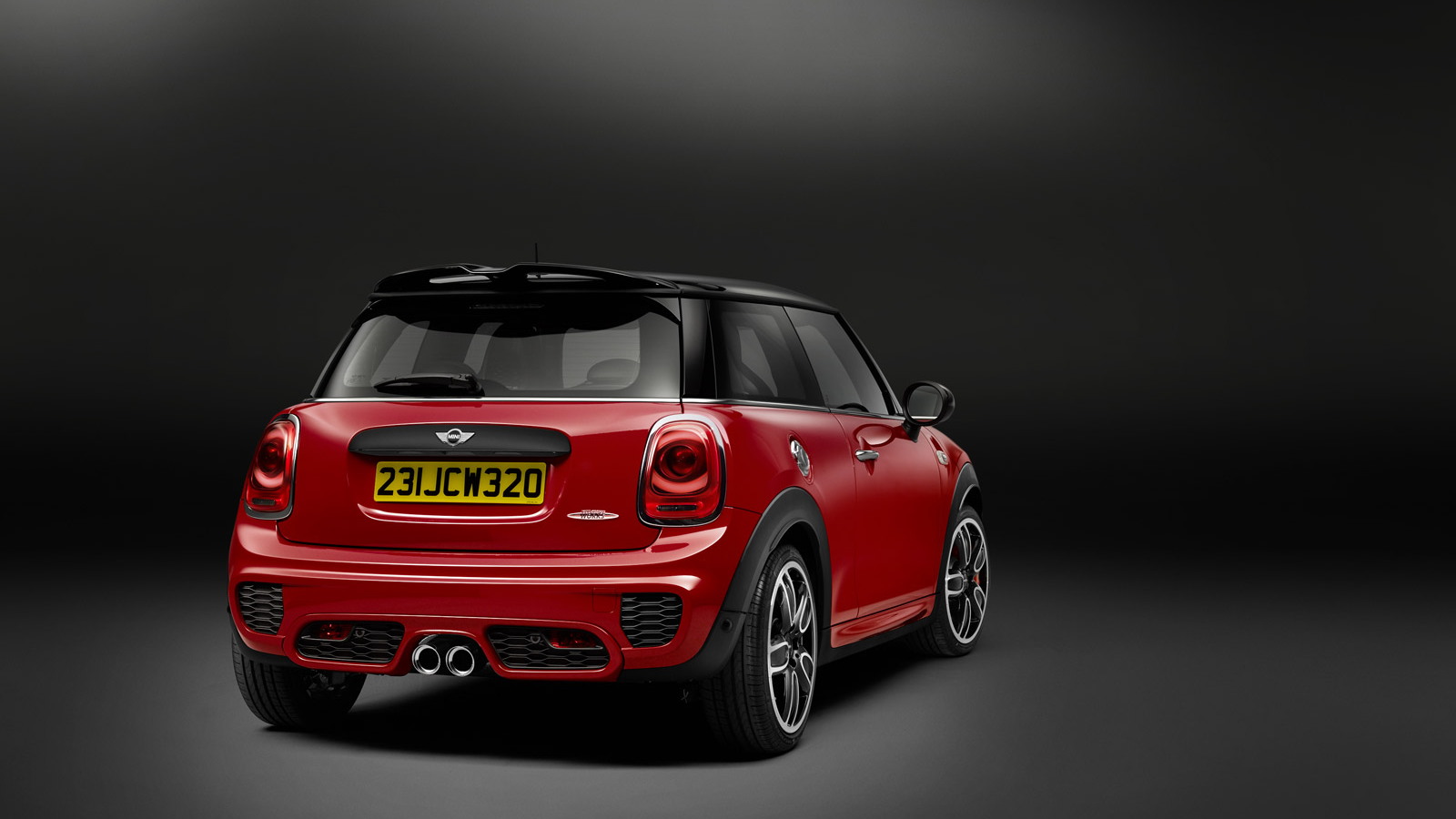 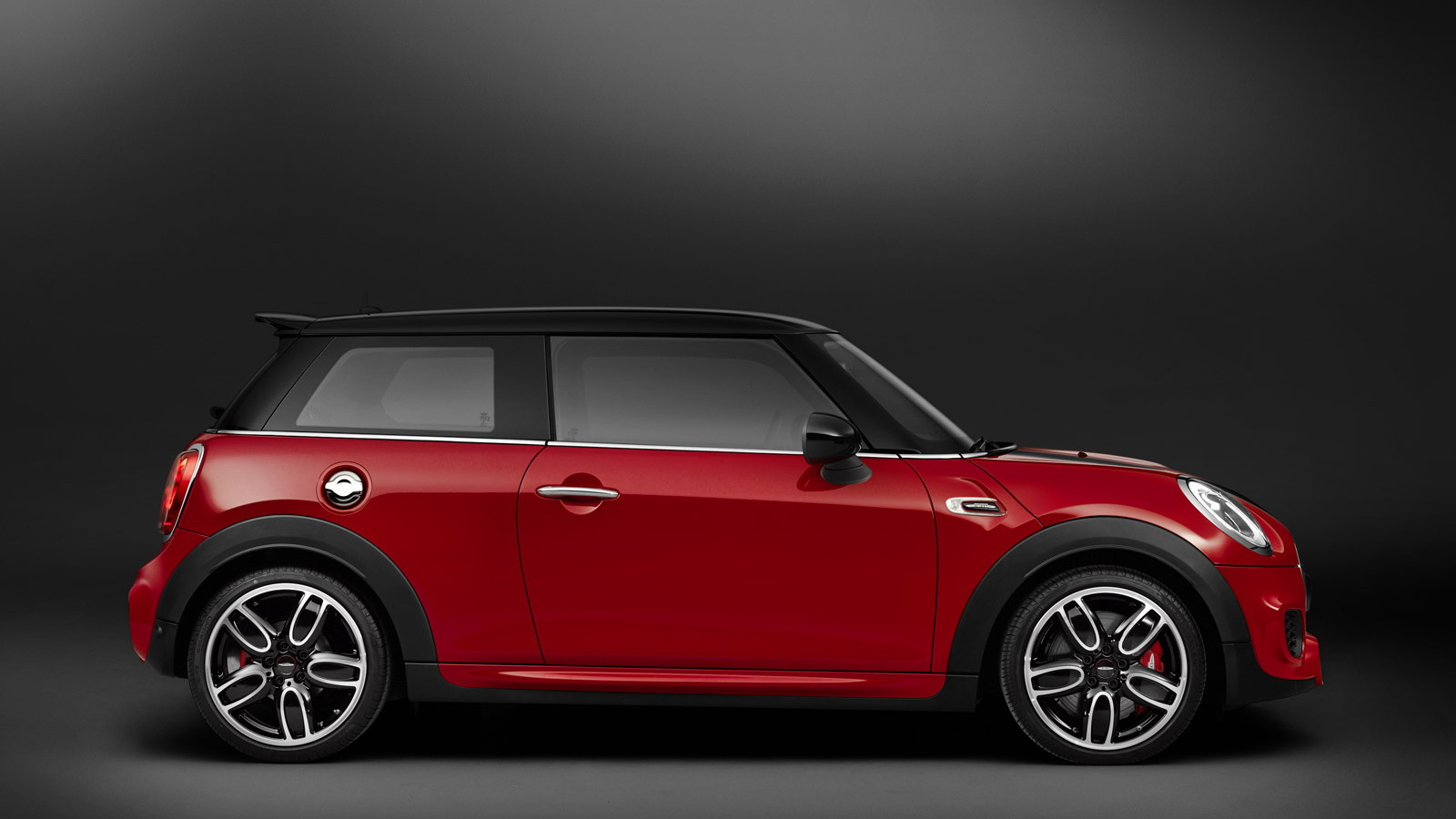 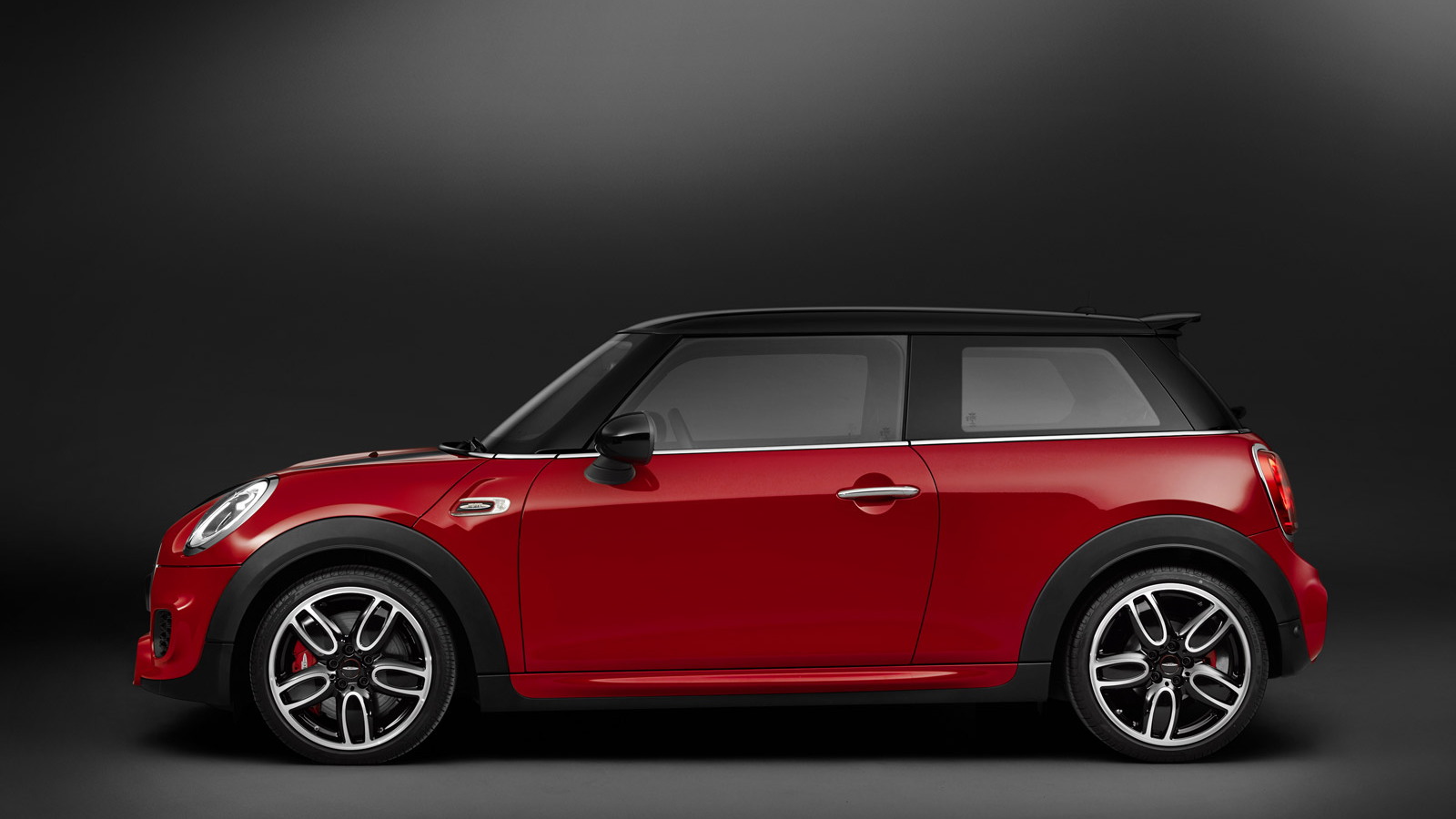 18
photos
MINI’s all-new Hardtop is a lot of fun in Cooper and Cooper S trim but lacking from the lineup is the sporty John Cooper Works variant, which has been revealed today ahead of an official world debut at the 2015 Detroit Auto Show. It was at this year’s Detroit event that MINI rolled out a concept version of its new John Cooper Works Hardtop, and judging by the latest photos the production version looks almost identical.

Power in the new hot hatch comes from the same turbocharged 2.0-liter four-cylinder engine found in the Cooper S Hardtop, but with output dialed up to 228 horsepower and 236 pound-feet of torque. The engine is the most powerful ever fitted to a production MINI (up 20 hp and 29 lb-ft on the previous model’s mill) and it’s extremely tractable too, maintaining its peak torque from a low 1,250 rpm all the way to 4,800 rpm.

Drive is to the front wheels only, via a six-speed manual or six-speed automatic with paddle shifters, and to help the car through the corners is an electronic differential lock. Other performance specs include sport-tuned suspension (adjustable dampers are available), Brembo brakes and 17-inch wheels with 205/45 tires (18-inch wheels are available).

The standard fittings of the new MINI John Cooper Works Hardtop also include the MINI Driving Modes system, which allows configuration of an individual setup. Using a rotary switch located on the center console. Stuff that gets affected include the curves of the accelerator, steering and engine acoustics. Where the car is fitted with the relevant equipment features, the MINI Driving Modes system also affects the shifting characteristics of the automatic transmission, the Dynamic Damper Control adjustable dampers, the ambient lighting and the displays in the central instrument.

MINI’s performance claims for the new John Cooper Works Hardtop include a 0-60 mph time of just 5.9 seconds (6.1 seconds with the manual) and a top speed of 153 mph. That means the car hits 60 mph 0.3 of a second quicker than the previous model and its top speed is now 7 mph higher. The vehicle’s curb weight is also around 220 lbs lighter than the weight of its predecessor, measuring in at approximately 2,656 lbs in manual guise. Opting for the automatic adds around 33 lbs to the total.

Note, MINI's new Hardtop 4 is not expected to get the John Cooper Works treatment. Stay tuned for the full reveal at the 2015 Detroit Auto Show on January 12. In the meantime, additional coverage of the event can be accessed via our dedicated hub