Though its common knowledge Lamborghini produced a SUV in the 80’s, what’s less known is they produced a motorbike in 1986 in collaboration with French constructor Boxer-Bike.

Boxer-Bike has been known for producing the some of the fastest and most sophisticated bikes and was thus chosen as the only partner capable of making a bike worthy of the Lamborghini name.

The bike is powered by a 120HP 4-cam, 4 valve per cylinder straight-4 engine that was state of the art at the time. The complete bodywork was made from fiberglass, which allowed Lamborghini to keep total weight to 180kg. Even the brakes were Brembo "Gold series", considered at the time to be the best in the biking world.

Apparently less than 10 of these bikes were ever built, making them possibly the most exclusive vehicle to carry the Lamborghini name.

[Source: Autodrome Cannes - Thanks to Sam for the tip] 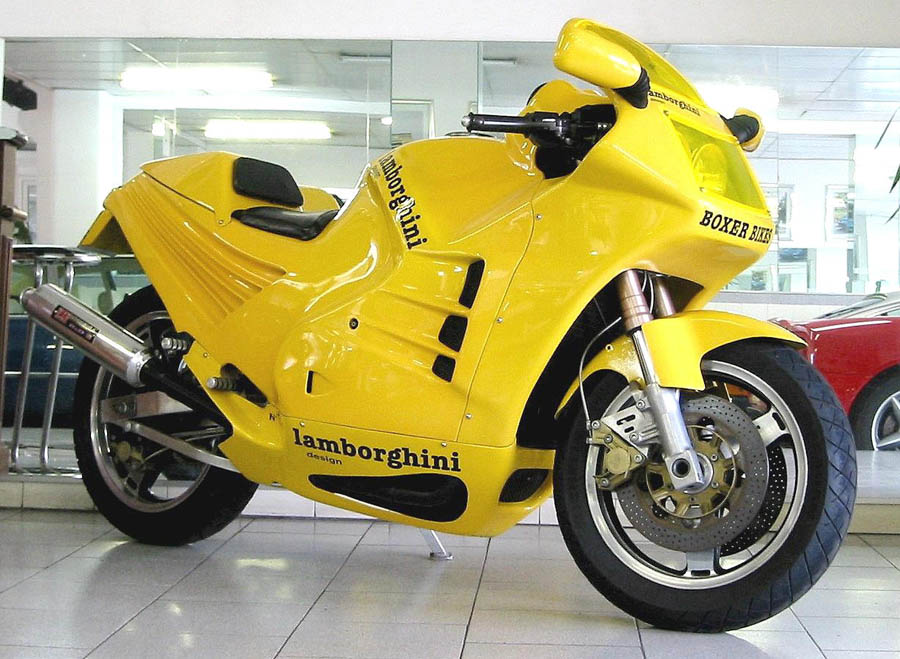 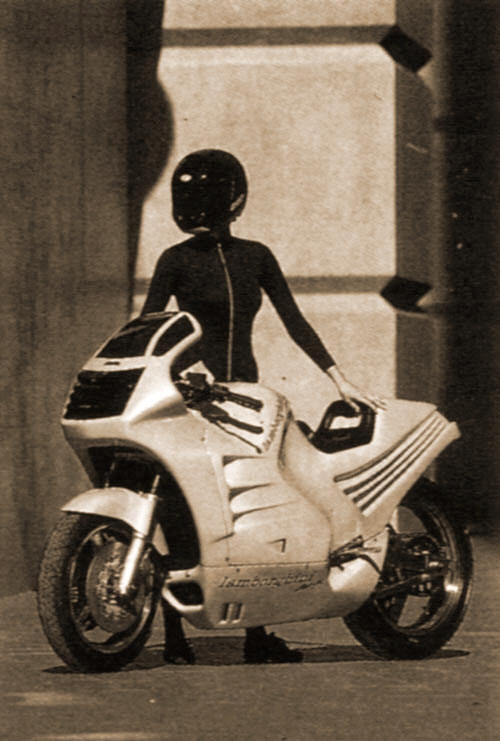 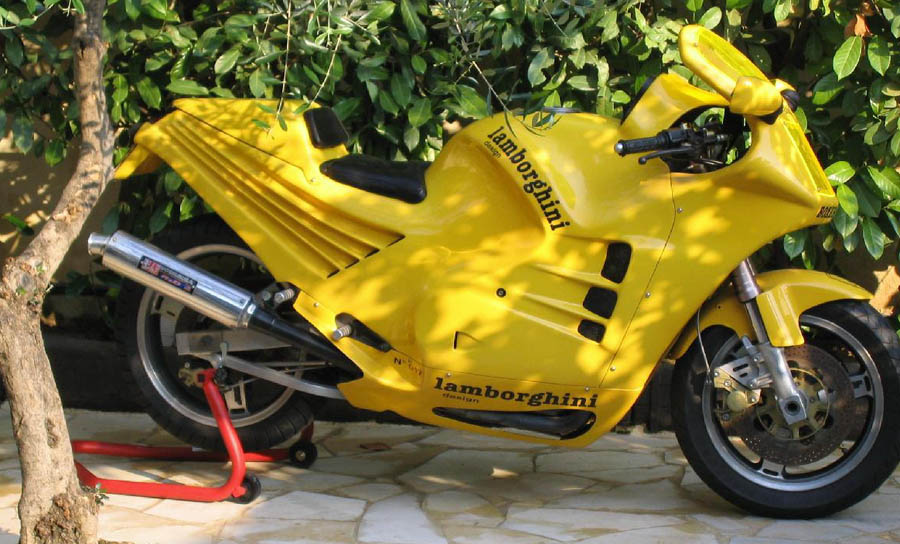 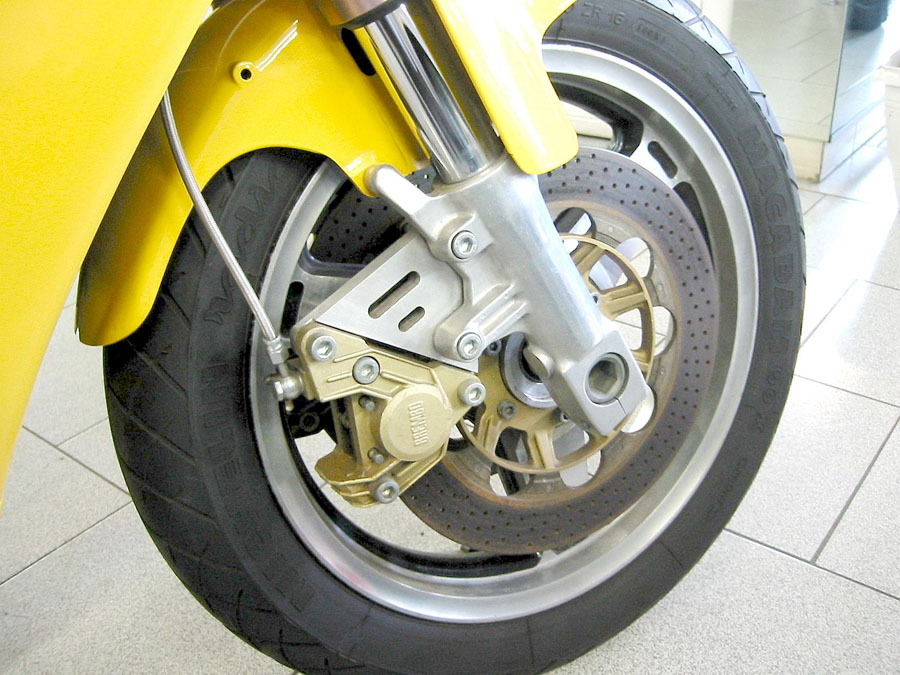 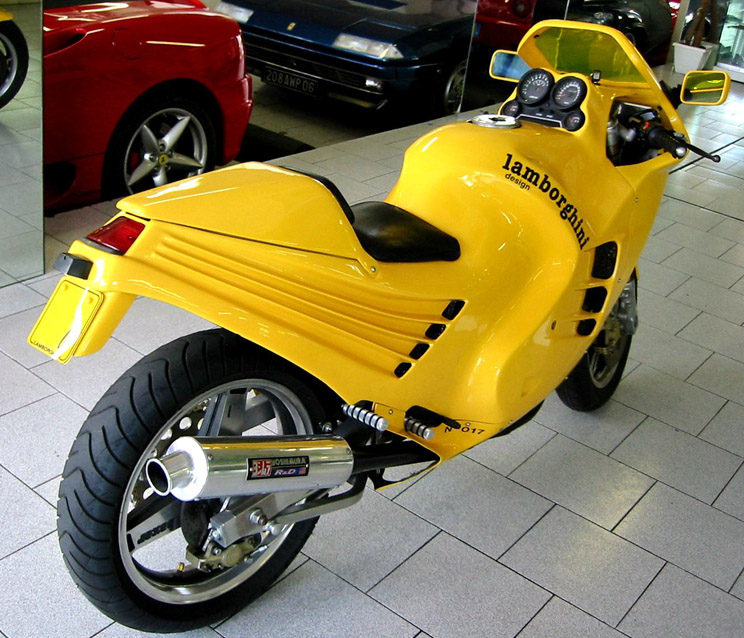