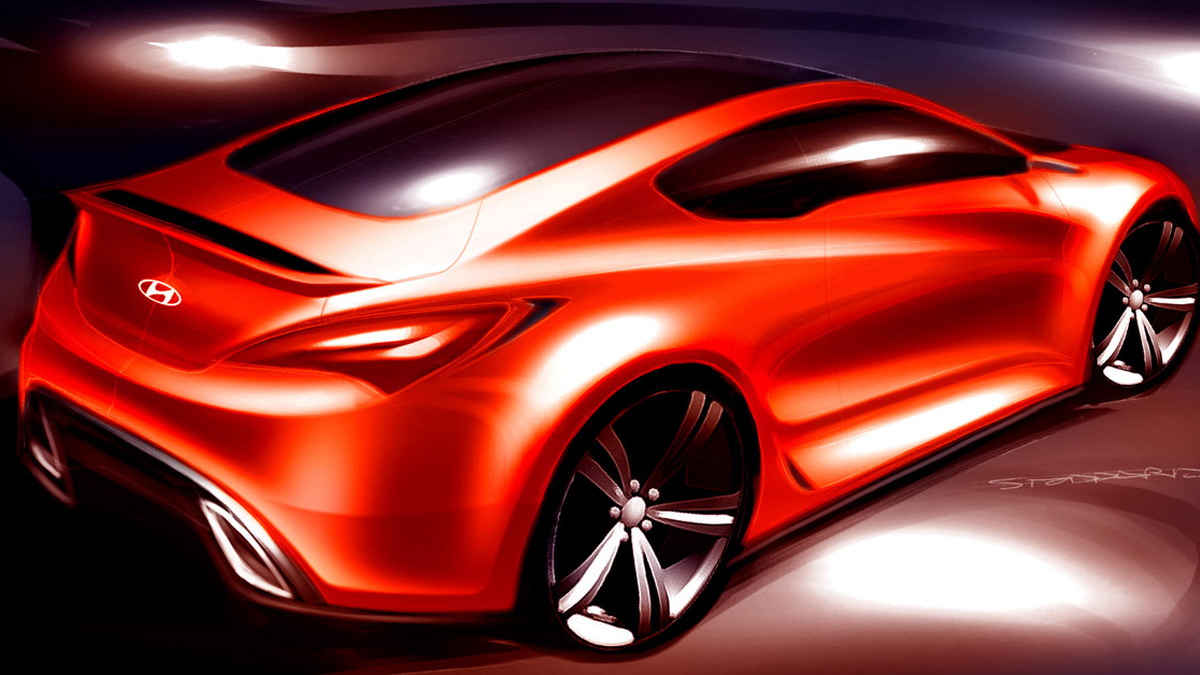 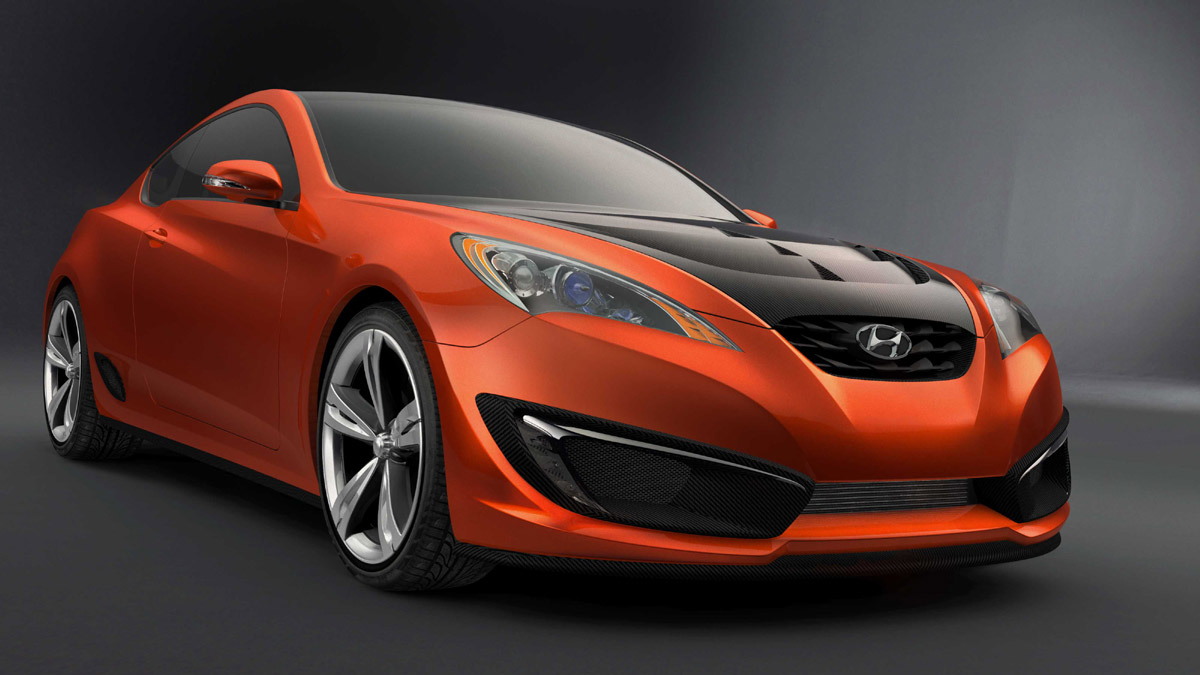 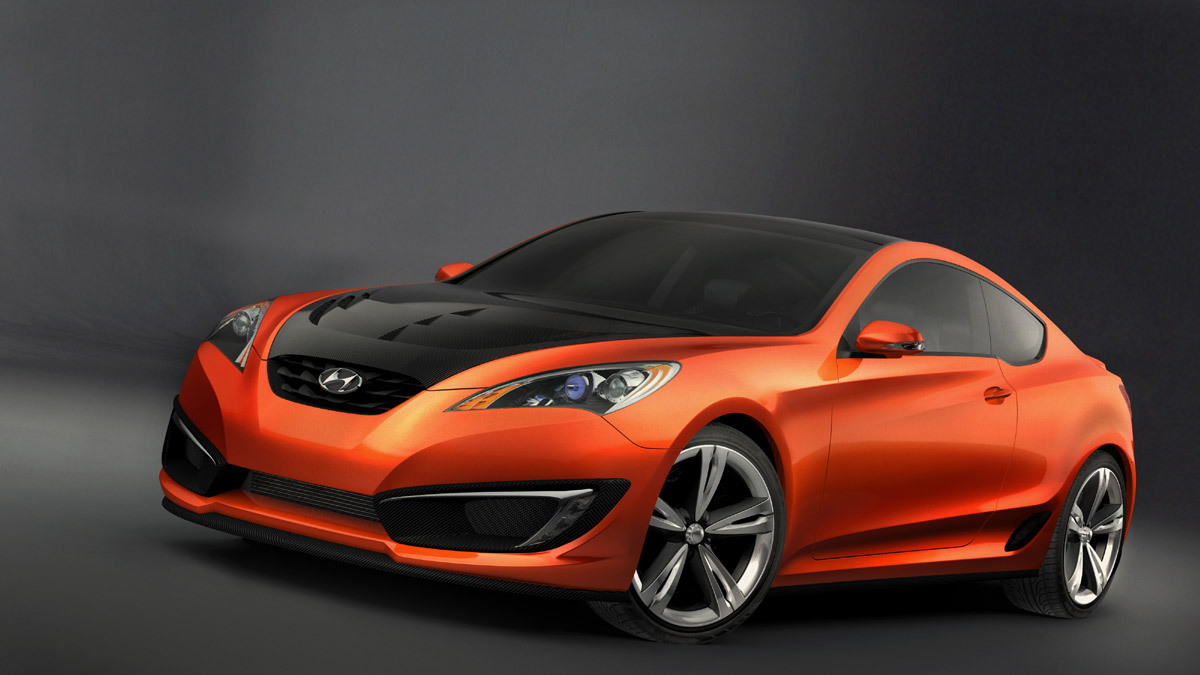 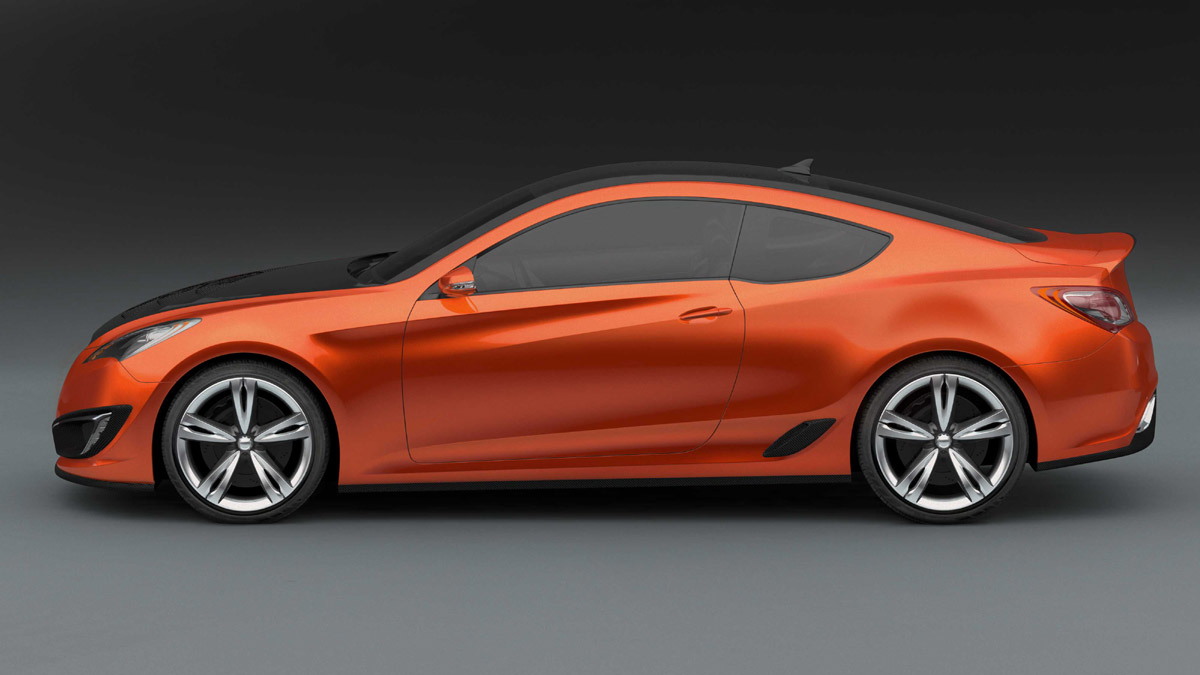 7
photos
Hyundai was hoping to generate excitement for its upcoming RWD coupe by teasing us with the Genesis Coupe Concept but the plan backfired when images of the actual production version leaked onto the web last week. It seems this latest concept car will eventually end up as a constant reminder to how badly designers stuffed up the new coupe.

The car will be the second RWD model from Hyundai, the first being the Genesis sedan due for launch at the end of the year. Both will be based on the same platform, which means the coupe will get a 3.8L V6 engine with more than 300hp.

The concept features a carbon fiber hood, roof and ground effects for reduced weight, a wheelbase of 111in and 20in five-spoke alloys. The aluminum V6 is rated at more than 300hp and 250lb-ft of torque and is estimated to propel the car from 0-60mph in less than six seconds. Drive is sent to the rear wheels via a six-speed manual and a limited slip differential.

Expect to see the production version in stores by spring 2009.