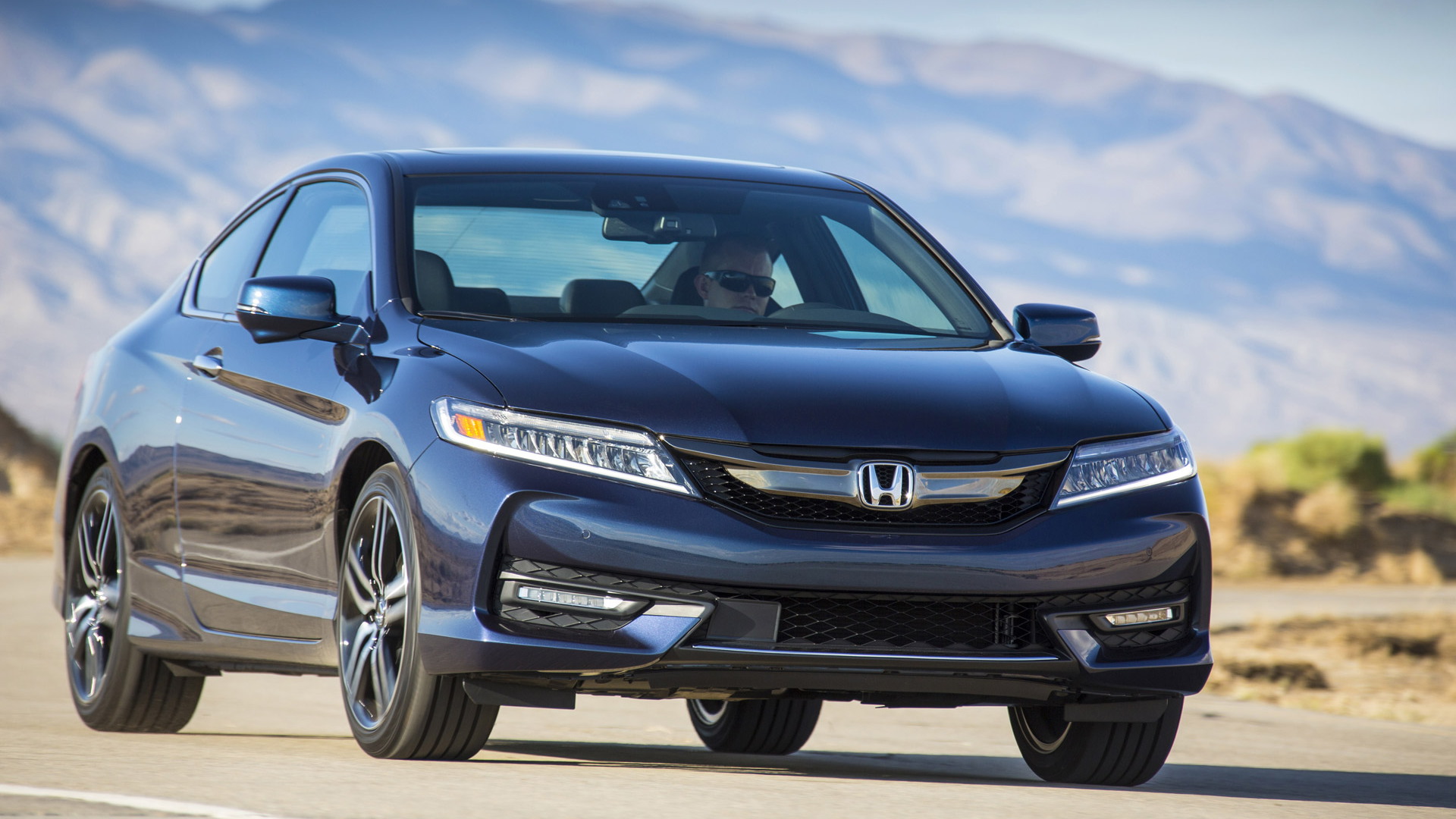 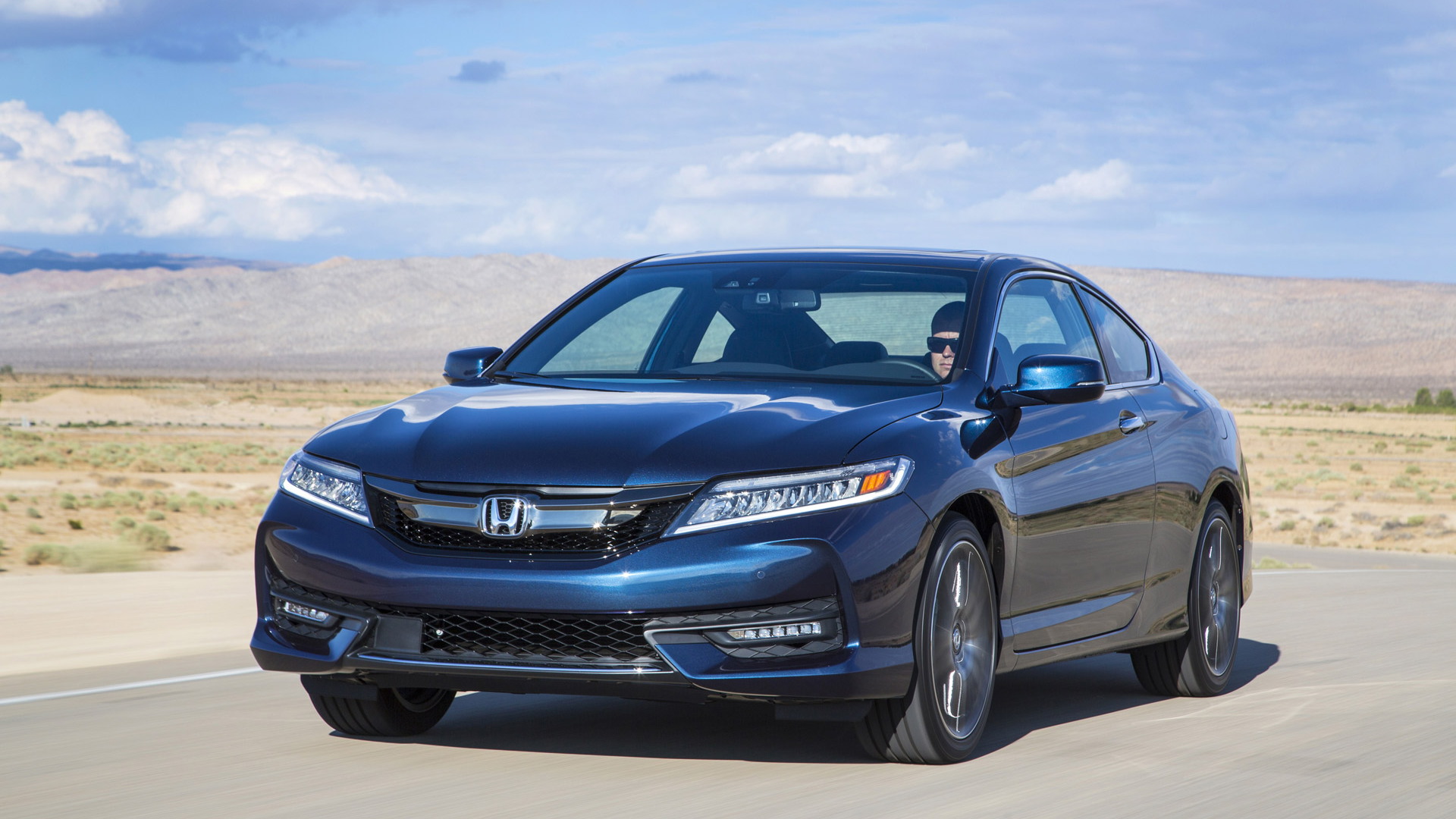 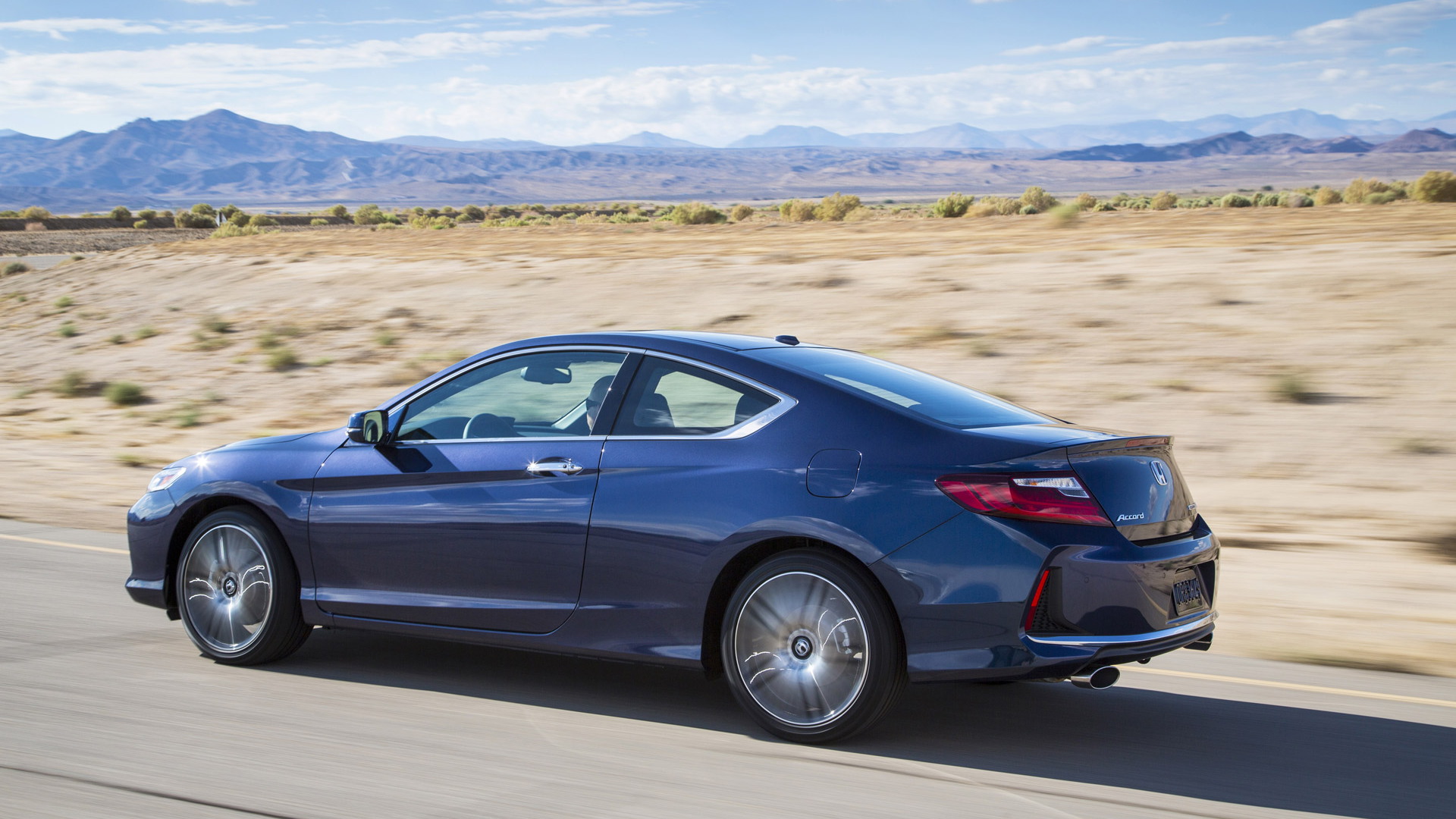 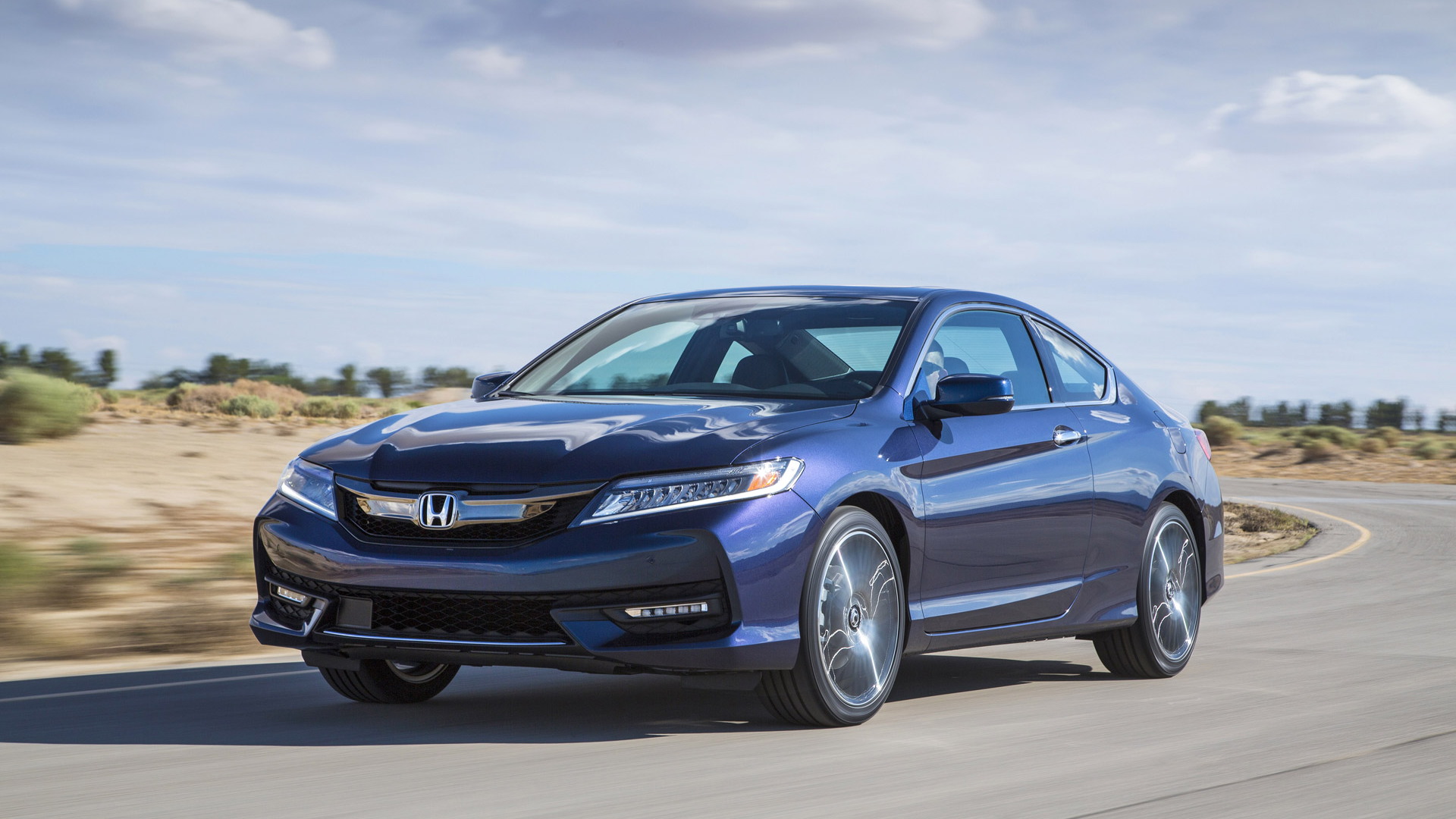 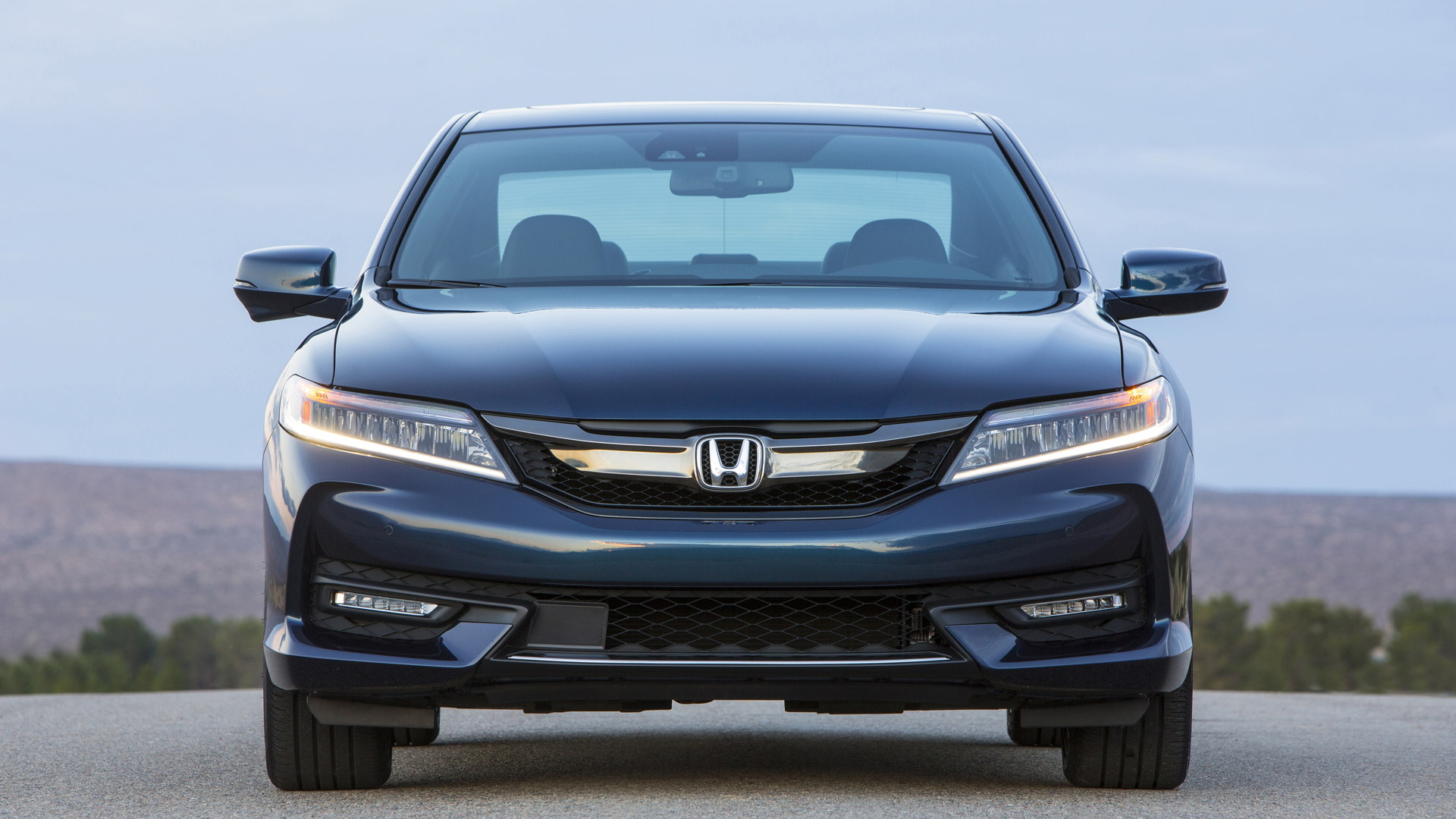 Honda’s 2016 Accord Sedan and Accord Coupe receive significant updates for the 2016 model year. The Japanese automaker has already detailed the sedan, and now we have our first look at its coupe sibling.

The updates build on the solid platform of the ninth-generation Accord that was first launched for 2013 and give the sedan and coupe models a sportier and more sophisticated appearance on the outside and plenty of tech goodies inside. And for the first time Accord buyers can opt for 19-inch wheels to add an even sportier touch.

Honda tells us that the updates also include a more rigid body and an upgraded chassis that benefits from high-performance dampers and a more responsive electronic power steering system, so it's not just about the appearance. There’s also a lighter aluminum hood in place of the outgoing model’s steel unit.

Beyond the new look and mechanical upgrades, there are several tech additions. A reversing camera is standard across the range, and buyers can add the Honda Sensing suite of electronic driver aids as a standalone option on any trim level (the feature is standard on the range-topping Touring). Honda Sensing includes a Collision Mitigation Braking System (CMBS) with Forward Collision Warning (FCW), Lane Keeping Assist (LKAS), Road Departure Mitigation (RDM) with Lane Departure Warning (LDW) and Adaptive Cruise Control (ACC).

Additional new available features for 2016, depending on model and trim, include remote engine start, front and rear parking sensors, rain sensing wipers, rear seat heaters, and a 60/40 split and folding rear seat. More LED lights are used on the exterior, including LED headlights on some trim levels.

One final update worth a mention is the revised dash, which features a new 7.0-inch touch-screen display that forms part of the infotainment system. It works together with the existing center stack display and includes compatibility with the latest Apple CarPlay and Android Auto smartphone integration systems.

There’s been no changes made to the powertrain offerings, which means the base 2.4-liter four-cylinder engine still outputs 185 horsepower, and the available 3.5-liter V-6 still delivers 278 hp. Depending on the model, you can select from a six-speed manual, six-speed automatic or CVT. An Accord Hybrid will also continue to be offered, though the updated model will be sourced from Japan instead of locally.

Despite all of the upgrades, the starting pricing for the 2016 Honda Accord range remains unchanged at $22,925, including an $820 destination charge.