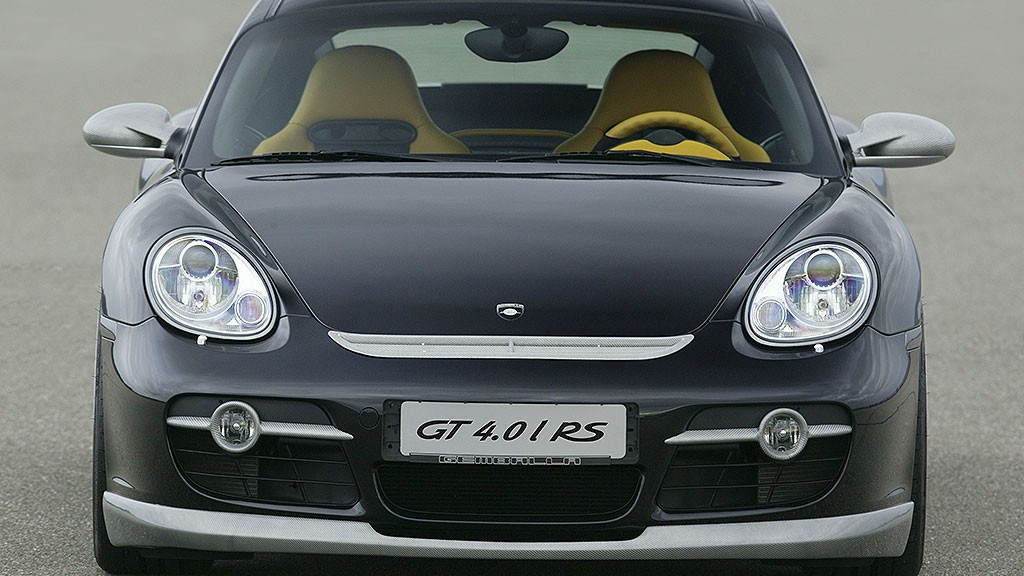 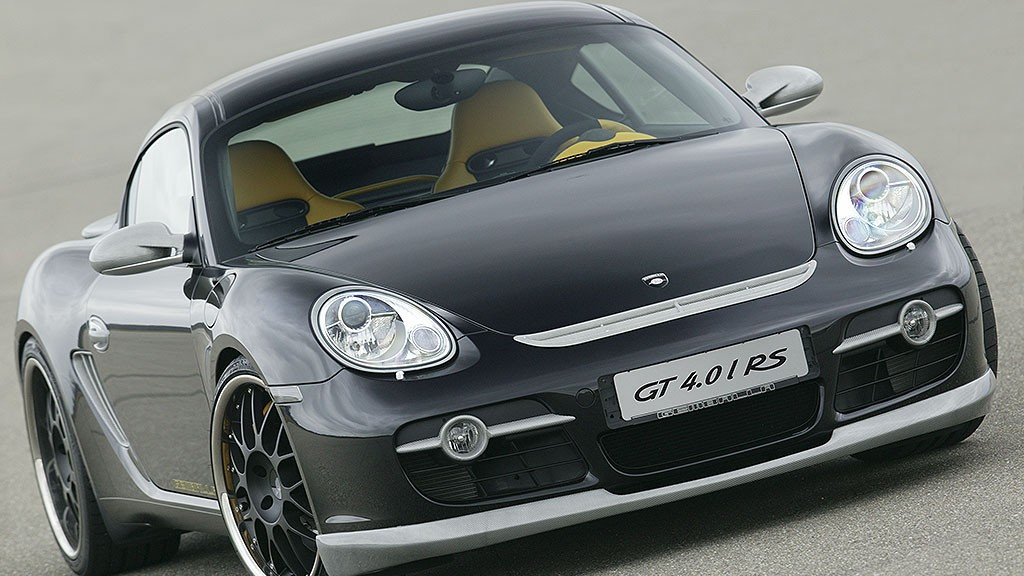 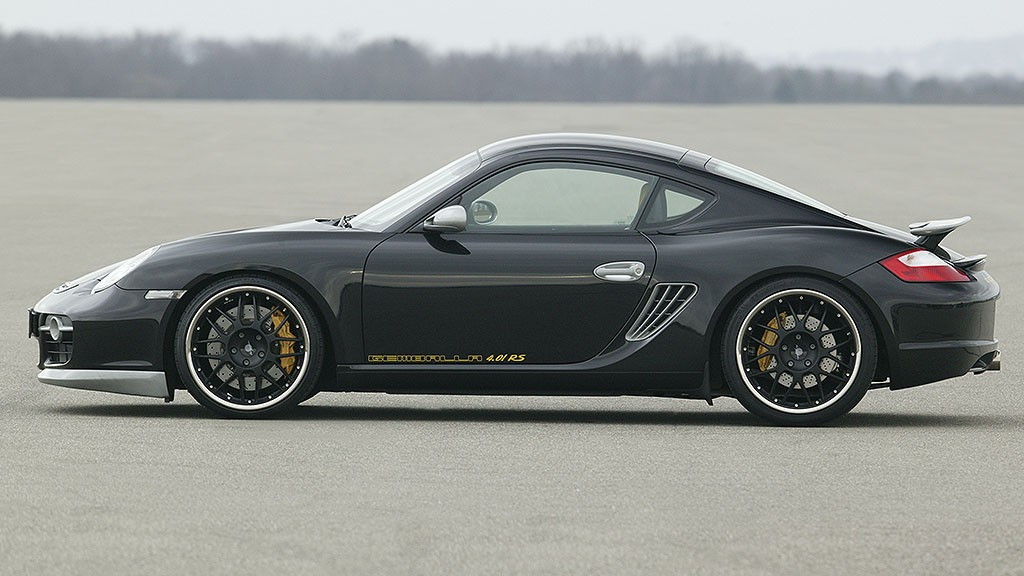 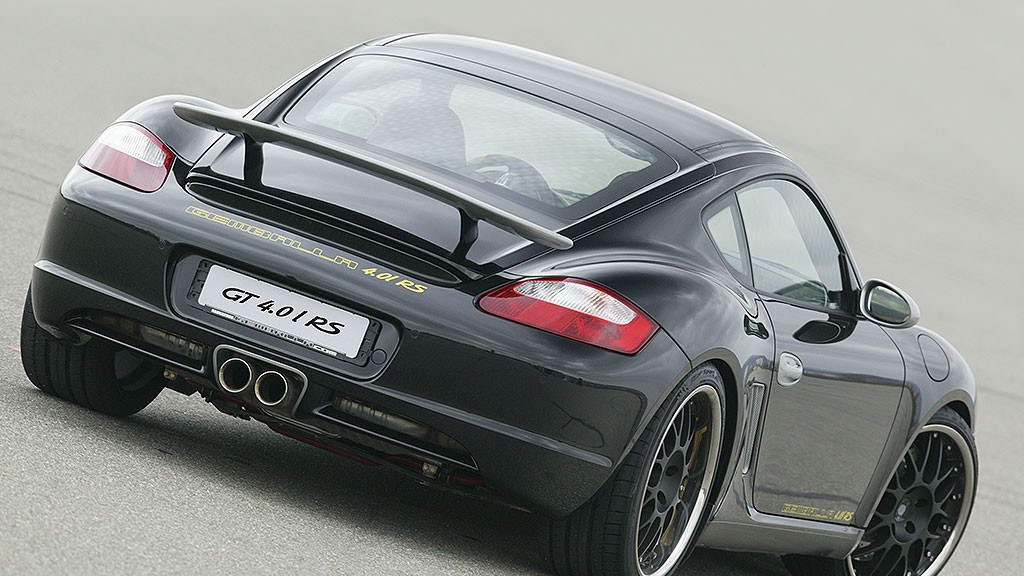 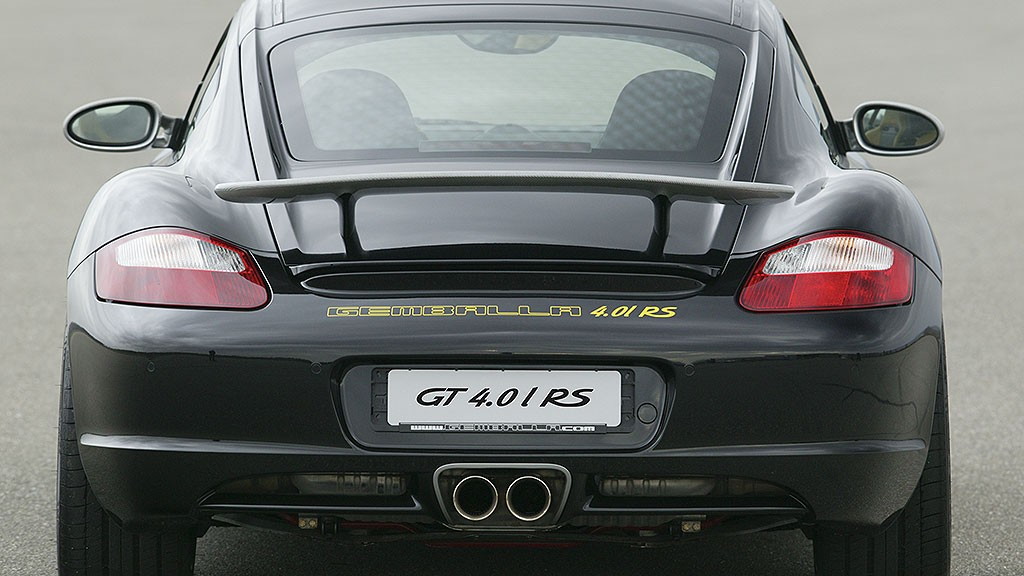 18
photos
Just last month Gemballa dropped the 850hp GTR 800 EVO-R modified Porsche 911 Turbo on the world and since it would be nearly impossible to top that, Gemballa has made February Cayman S month, with the Gemballa GT and GT 4.0L RS packages offering enhanced performance and more aggressive looks to Porsche's baby coupe.

The Gemballa GT is the tamer of the two conversions, although it packs a visual punch. A new front lip spoiler and hood with an integral scoop add impact to the front, while the sides and rear also get new treatments. A rear spoiler adds downforce while not going over-the-top. Twenty-inch racing wheels, a sport exhaust system and an adjustable sport suspension add performance to the already highly capable Cayman S platform. Inside, a two-tone interior, racing shifter and Alcantara accents round out the package.

Gemballa's GT 4.0L RS takes things a step further with front and rear lip spoilers, an exterior carbon fibre package, a racing brake system two-tone interior, alloy pedals, special carpet and additional Alcantara leather in the cockpit. But the real highlight of the GT 4.0L RS spec sheet is the stroked 4.0L RS engine kit. Up six-tenths of a liter over the stock 3.4L Cayman S motor, extra power and torque will kick performance up to near Carrera S levels, although Gemballa hasn't released exactly how much power is added with the kit.