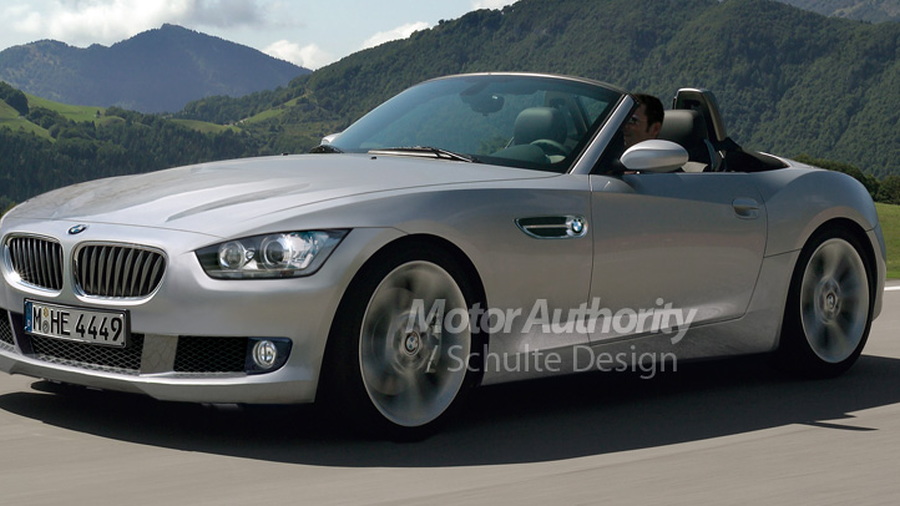 14
photos
The 2010 BMW Z4 has officially been revealed. Click here for all the details and images.


BMW’s next-generation Z4 roadster is due to arrive next year as a 2010 model, and contrary to numerous reports the new model will grow in both size and price. Heavily camouflaged prototypes caught testing in Munich show a car with a similar shape to the current Z4, with short rear overhangs and a long hood, but the test-mule was also sporting a folding hardtop. This is in-line with BMW’s plans to reposition the next Z4 into a higher price point as it makes way for the new 1-series cabrio and possibly a smaller entry-level Z car.

A BMW insider has revealed to AutoInternational that the benefits of the folding hardtop (security and reliability) outweighed the disadvantages of increased weight and less storage space when lowered. The decision was also made because of competition from Mercedes’ SLK and Mazda’s new MX5/Miata, which both come with hardtop roofs.

According to the source, a new ‘M’ performance model will also be available but it won’t share the 4.0L V8 engine with the M3. Instead it will get a more powerful version of the twin-turbo 3.0L six from the 335i and should output around 350hp, however it may get BMW’s new dual-clutch gearbox.

This artist’s rendition of the car gives us a good indication as to what the final styling may look. BMW is expected to introduce styling derived from the CS concept across much of the range and this should also be visible on the Z4.