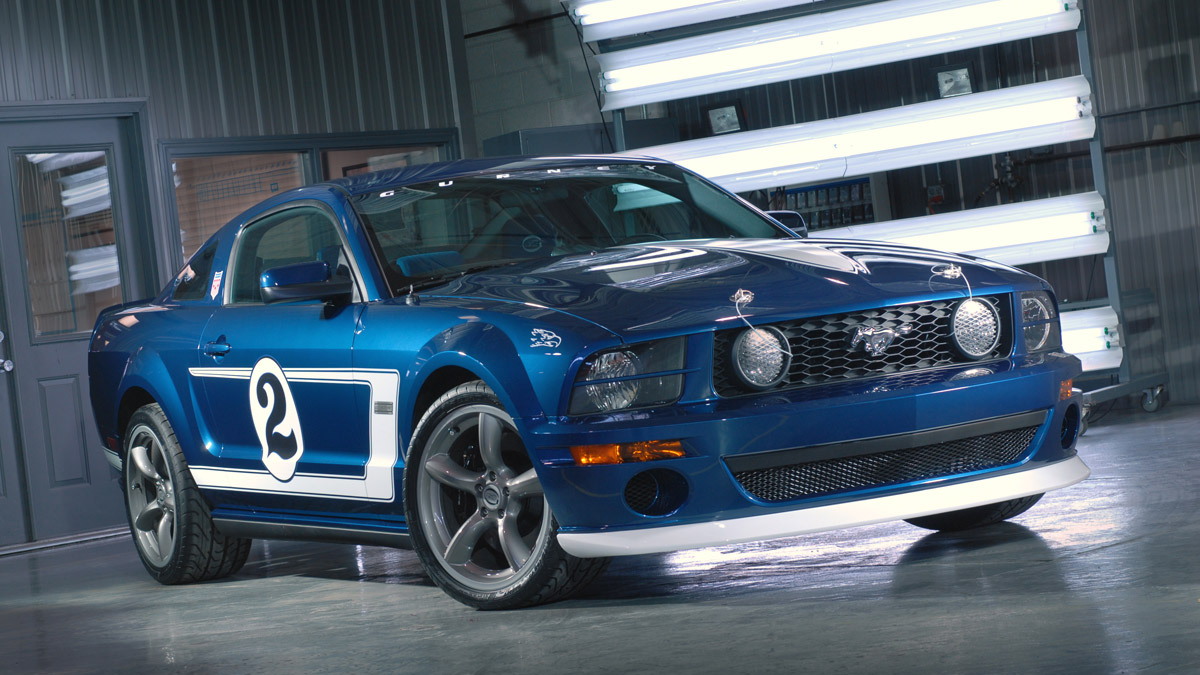 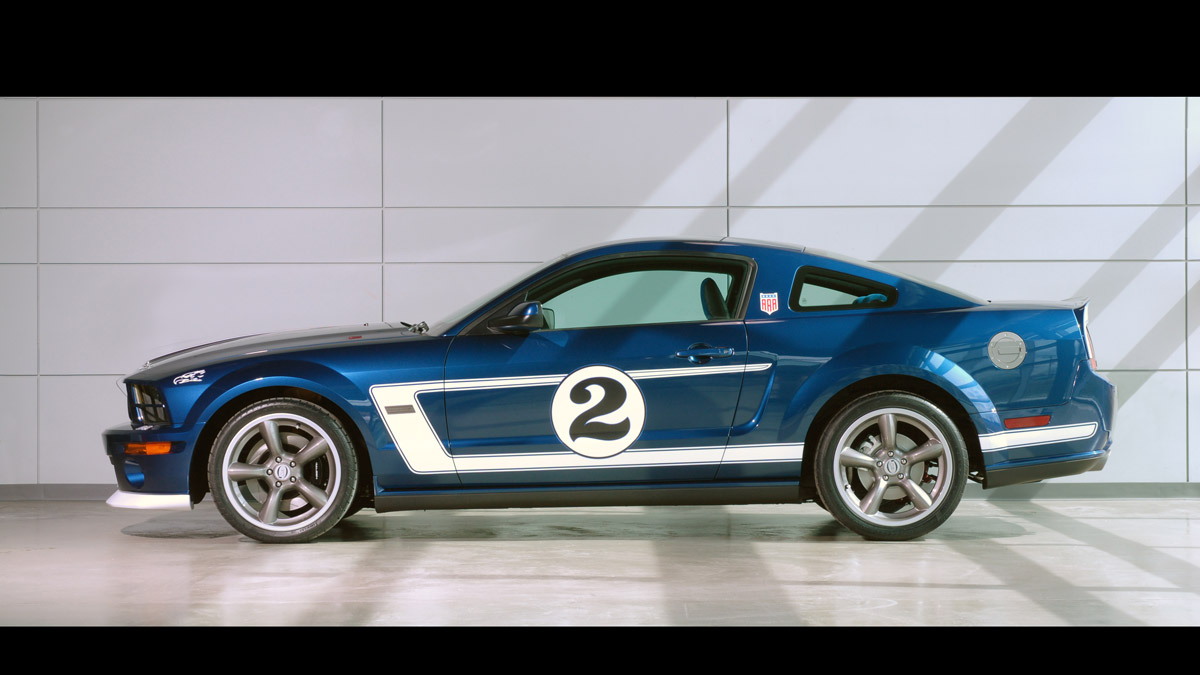 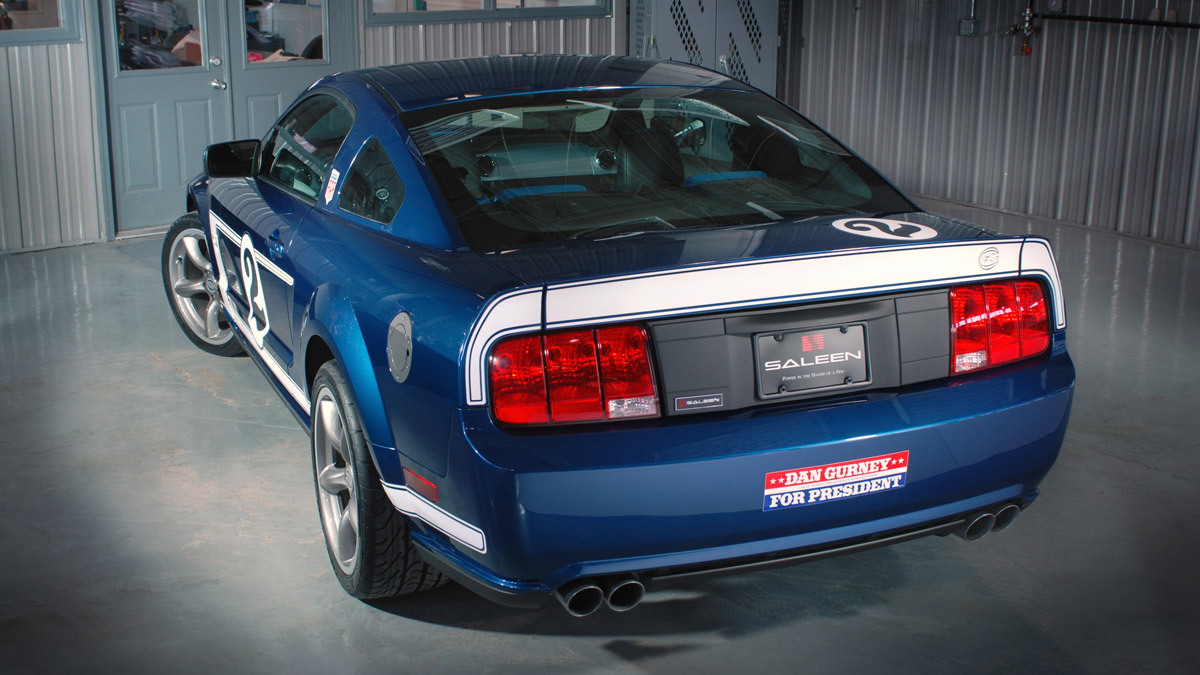 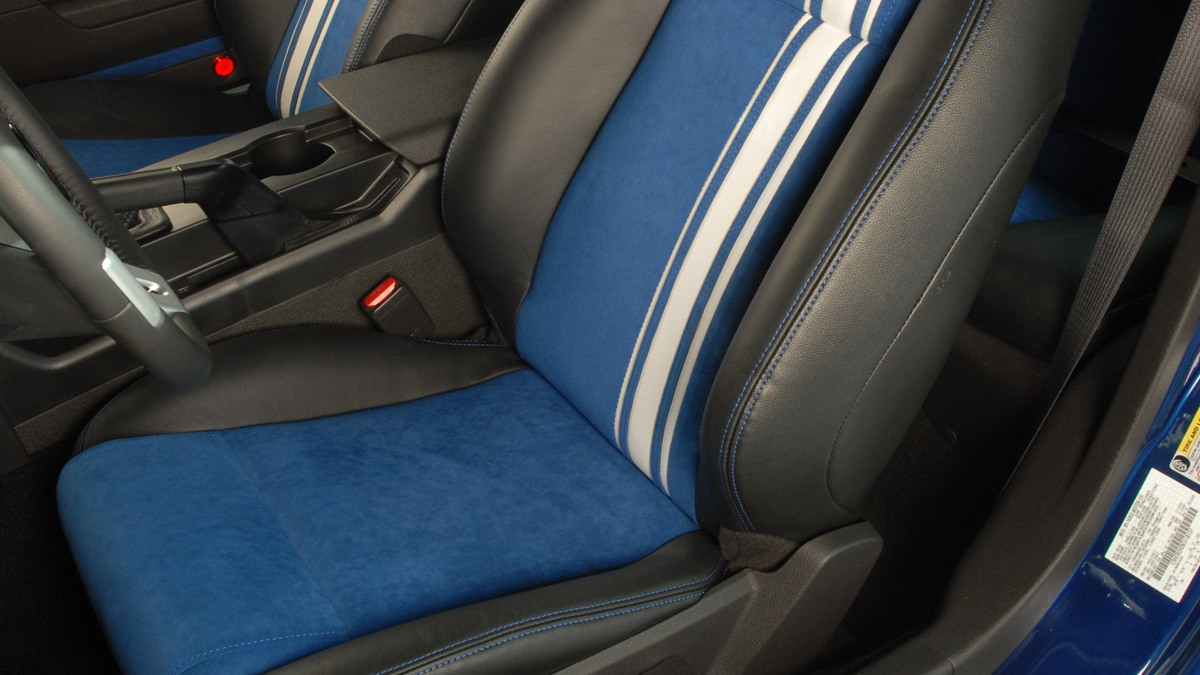 5
photos
Saleen has partnered with American racing legend Dan Gurney to develop a limited edition Ford Mustang, which was unveiled today at the New York Auto Show. The car is called the Gurney Signature Edition and it's been designed to mimic Dan's original 1969 Trans Am series Mustang racer. It's characterized by a unique ‘duck bill’ rear spoiler and ‘stinger’ hood and features trademark Gurney Eagle insignias throughout the interior.

All Gurney Signature Edition vehicles feature Saleen's 465hp supercharged 4.6L engine, the same unit found in the S281 model. The cars also come with a host of other performance accessories including a short throw shifter and 3.73 Max Grip rear axle.

With input from Gurney himself, engineers also installed a specially tuned Racecraft suspension, Generation-II Watts-Link rear set-up, and a custom two-tone interior with either red or blue Alcantara seats. Stopping power comes from 12.4in vented discs up front and smaller 11.8in discs out the back. These reside within 20in powder-coated wheels wrapped with high-performance Pirelli Corsa tires.

Production will be limited to just 300 cars and each will feature Dan Gurney's signature on the center of the dash.