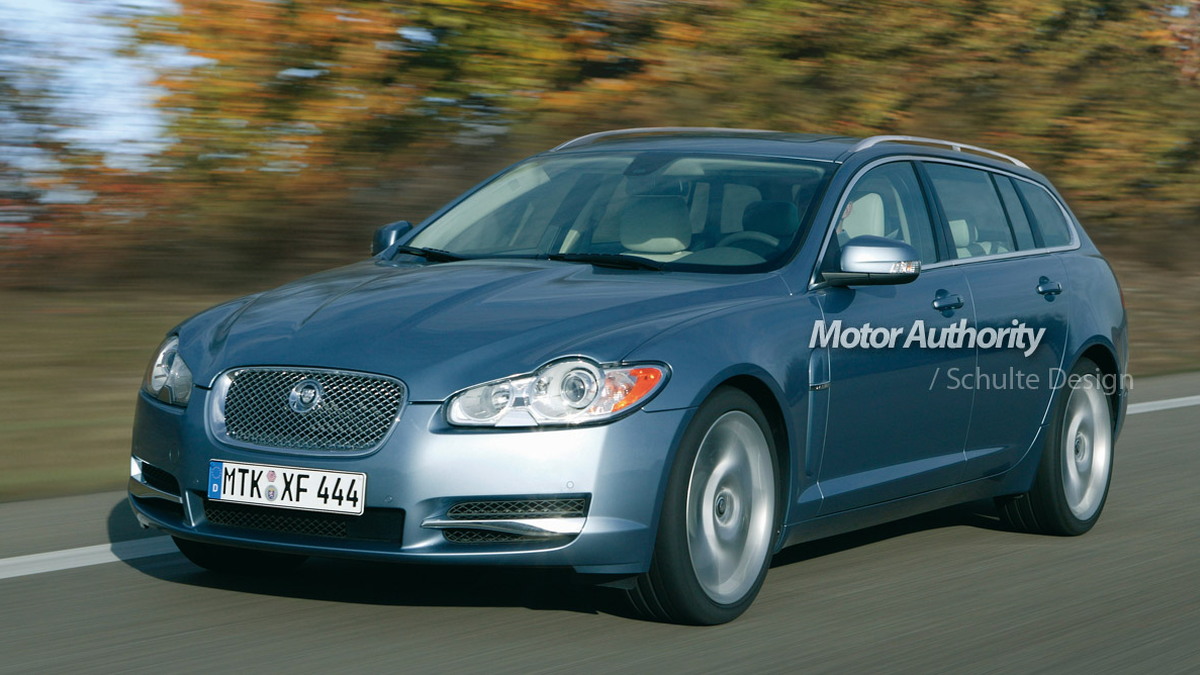 18
photos
Dealerships around the world have been taking pre-orders of the model many hope will revive Jaguar’s ailing sales and reputation but the hotly anticipated car, the all-new 2009 XF, is proving so popular that demand for the car has been outstripping supply and causing delivery delays. With such high levels of interest Jaguar is seriously considering adding other variations of the XF to its lineup including a possible coupe, convertible and estate wagon.

Not that long ago the idea of Jaguar developing so many different vehicles was unheard of but with the financial backing of new owner Tata there’s the chance we could see the new models. This new rendering gives us a preview of one the more likely models to get the green light, the XF wagon.

As the rendering suggests the wagon version would sport a conventional rear-lifting tailgate and extended roofline. Another possibility is an extended wheelbase and beefed up suspension for extra load capacity, but the extra cost of reengineering the car may rule out this option.

One new XF model we know is in development is a high-performance XF-R designed to take on the likes of the M5 and new RS6. The car has been spied testing at the Nurburgring and is rumored to be packing a new 500hp supercharged 5.0L V8 engine.