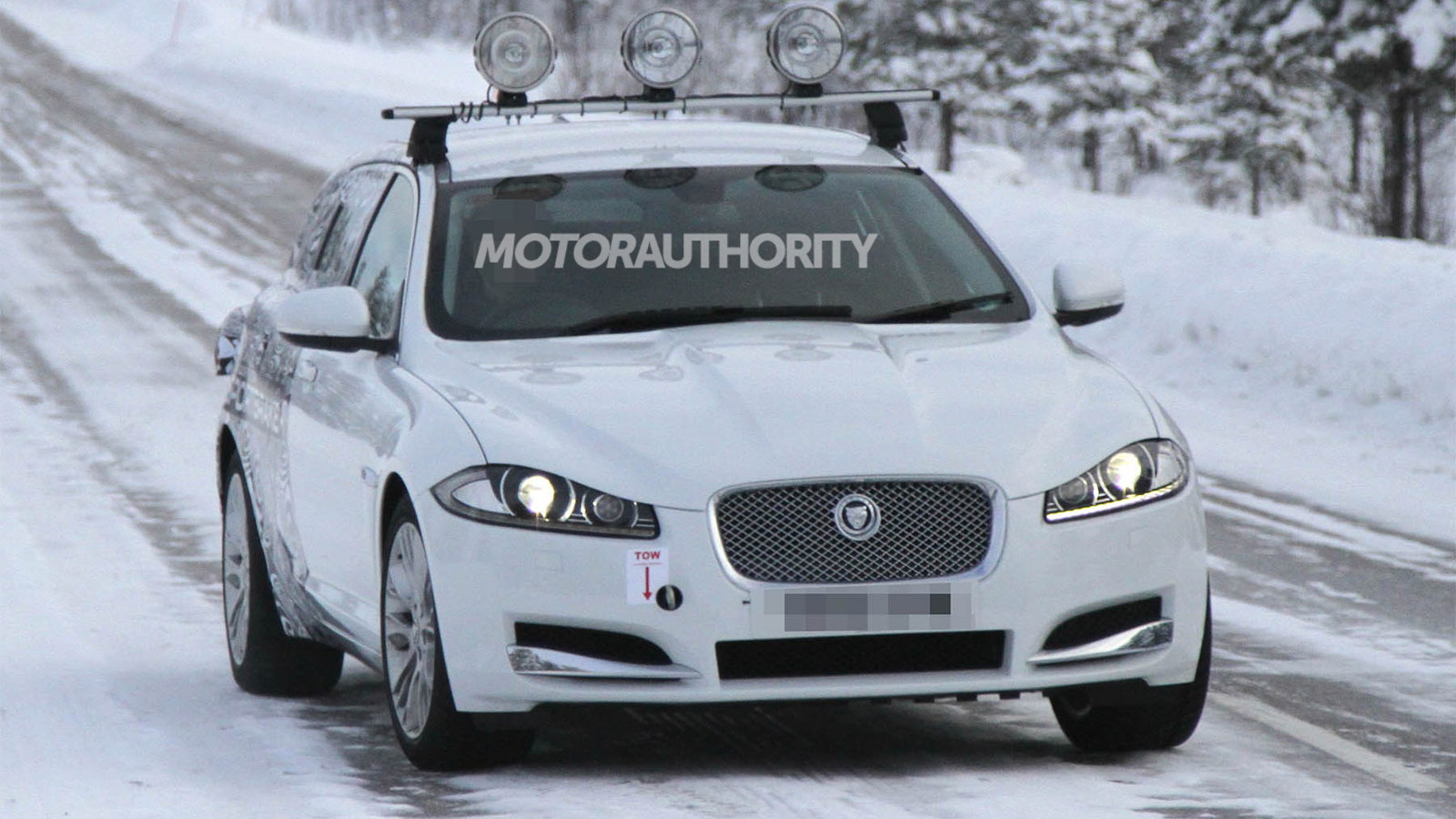 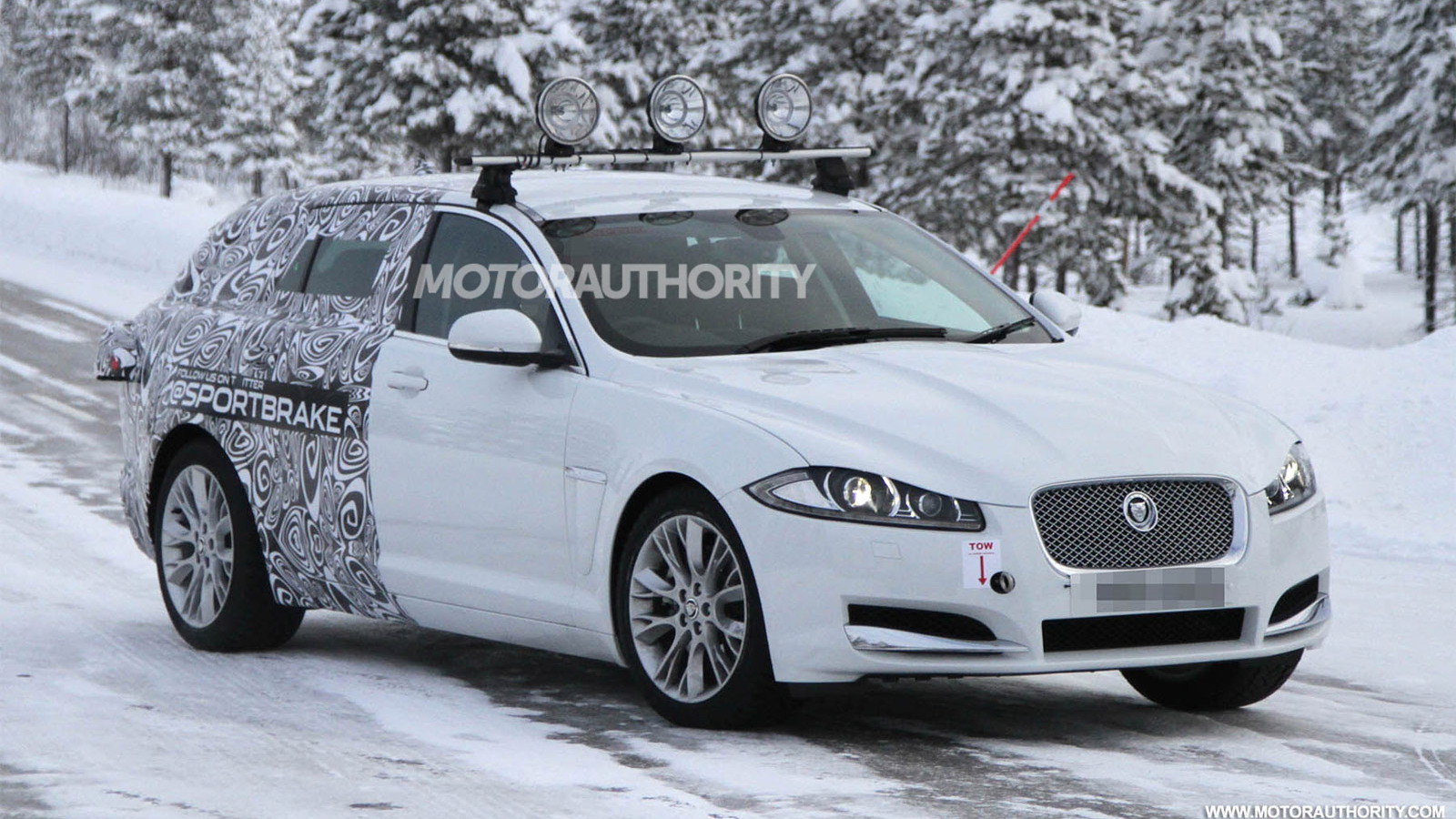 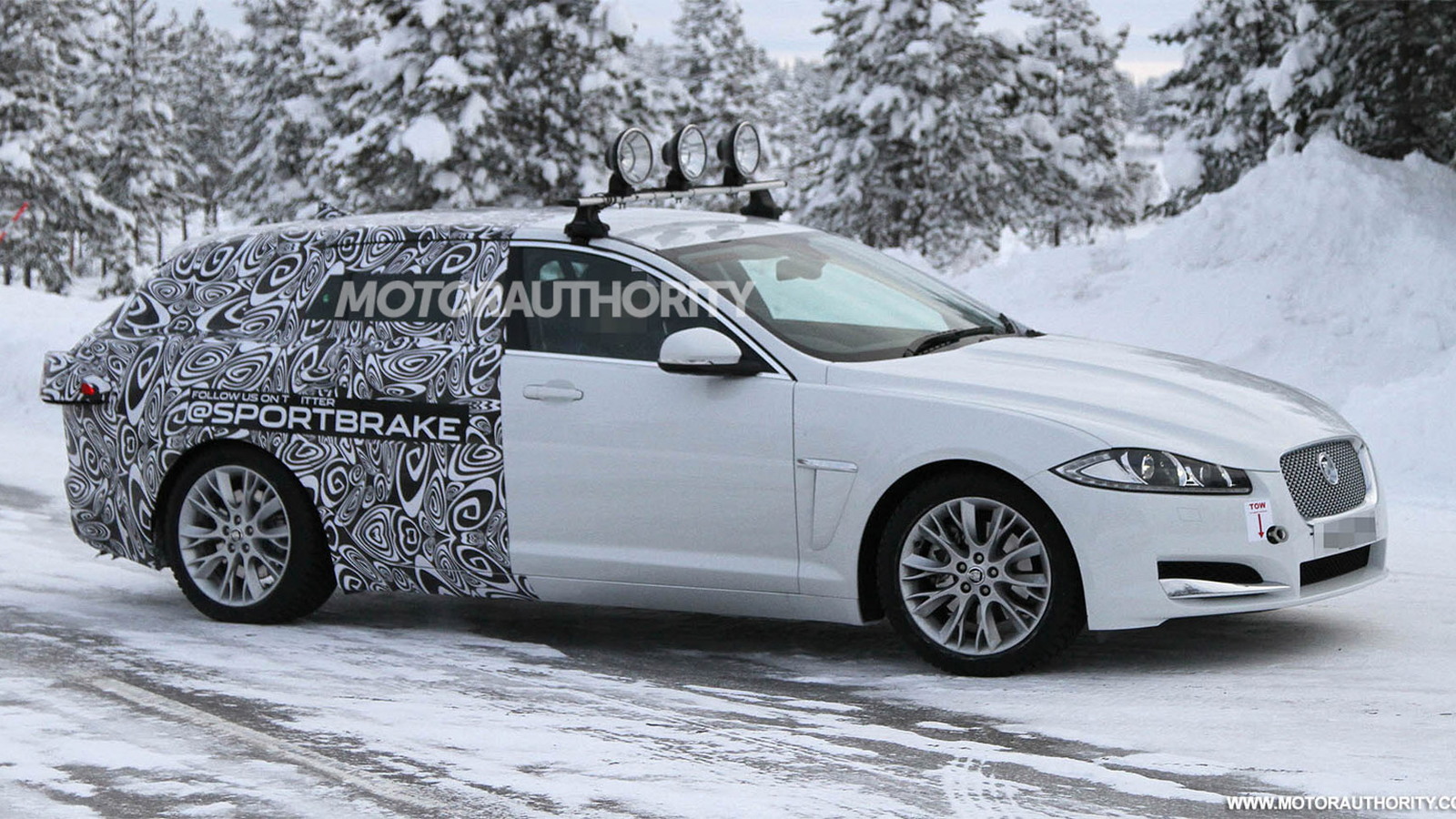 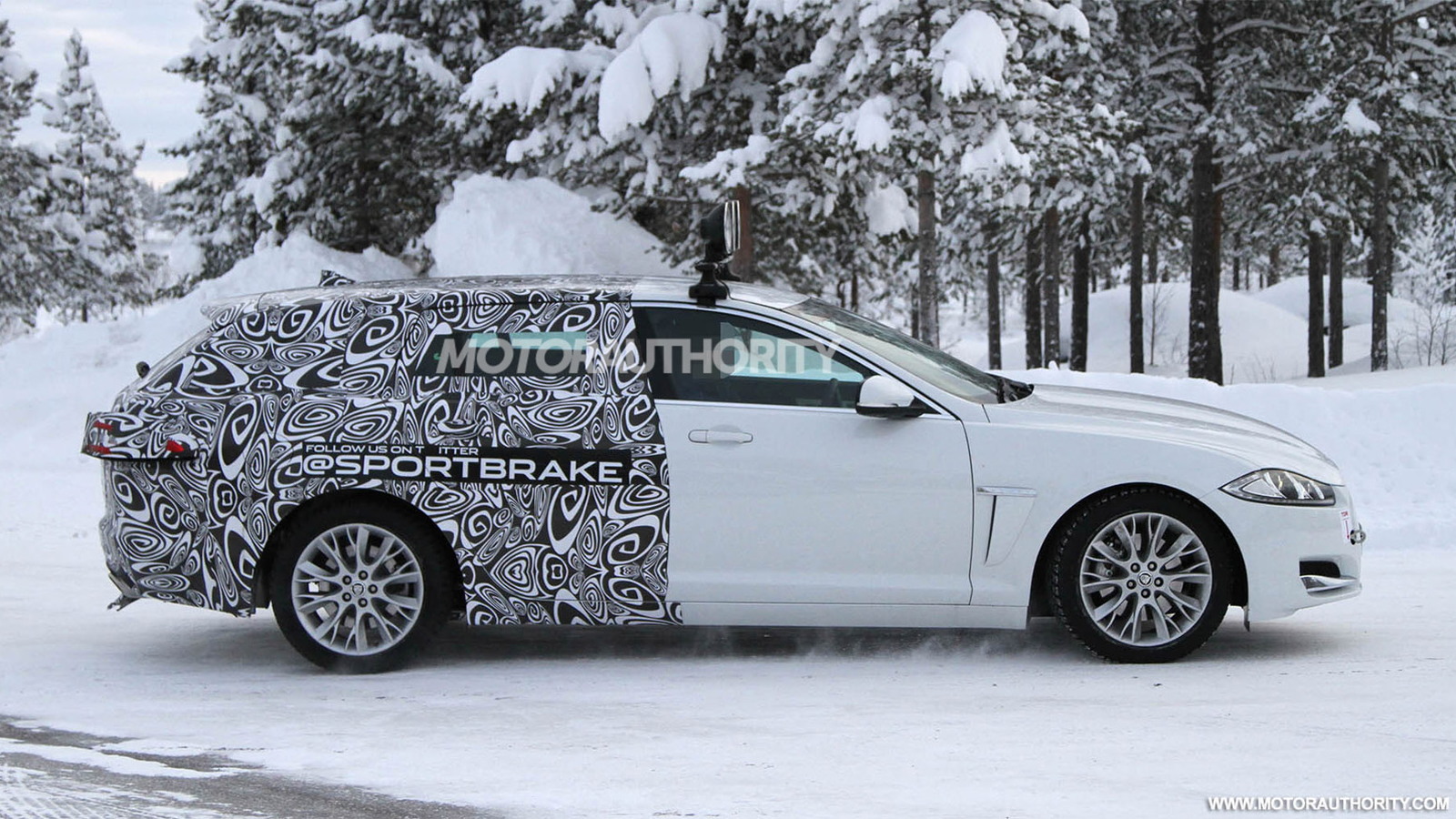 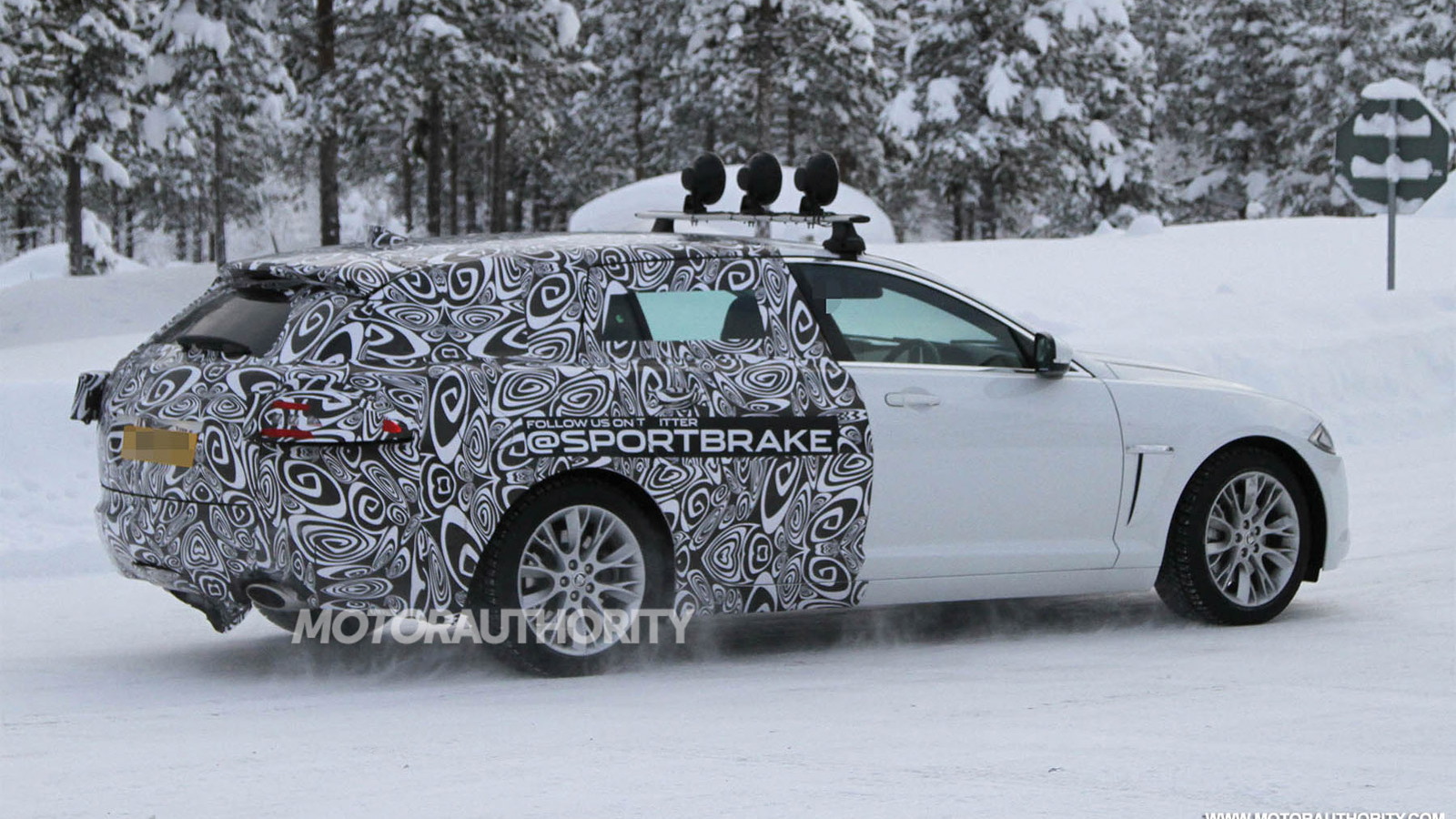 17
photos
UPDATE: The 2013 Jaguar XF Sportbrake has been revealed. Click here for all the official info and photos.

The long-rumored--and long-overdue--wagon variant of the stunning Jaguar XF has once again been spotted in prototype form, caught while testing near the arctic circle as part of Jaguar's winter testing program.

This time around we’re sure Jaguar was happy to have our spy photographers snap up these latest shots, as publicized by the large “Sportbrake” banner plastered on the side of the prototype.

With its sleek styling but practical five-door body, Jaguar’s Sportbrake name symbolizes the combination of elements from a shooting brake, which traditionally only has two doors, with a sleek wagon, often referred to in Europe as a sportback.

Given the near production ready look of the vehicle, we wouldn’t be surprised to see it make its debut in the not too distant future--most likely at the 2012 Geneva Motor Show on March 6. This means that the XF Sportbrake could be on sale by summer as an early 2013 model.

Key rivals will be the BMW 5-Series Touring, Audi A6 Avant, and Mercedes-Benz E Class Estate, though its most direct competitor will easily be the upcoming Mercedes-Benz CLS Shooting Brake, which incidentally is also expected to debut in Geneva this year.

Expect the engine lineup to mirror that of the regular XF sedan, though it’s unclear if a high-performance XFR Sportbrake will be launched. The tamer versions should include sporty V-8 variants here in the U.S., including a base 5.0-liter V-8 version developing 385 horsepower and a supercharged version of this with 470 horsepower on tap.

Overseas markets should feature a series of smaller gasoline and diesel powerplants, including the ultra-frugal 2.2-liter turbodiesel unit that recently powered the XF sedan across the U.S. at an average fuel economy of 52.4 mpg.

We only hope that the XF Sportbrake comes to the U.S., though given the fact that Jaguar’s last wagon, the X-Type Sportwagon, was sold locally we expect this one might too.