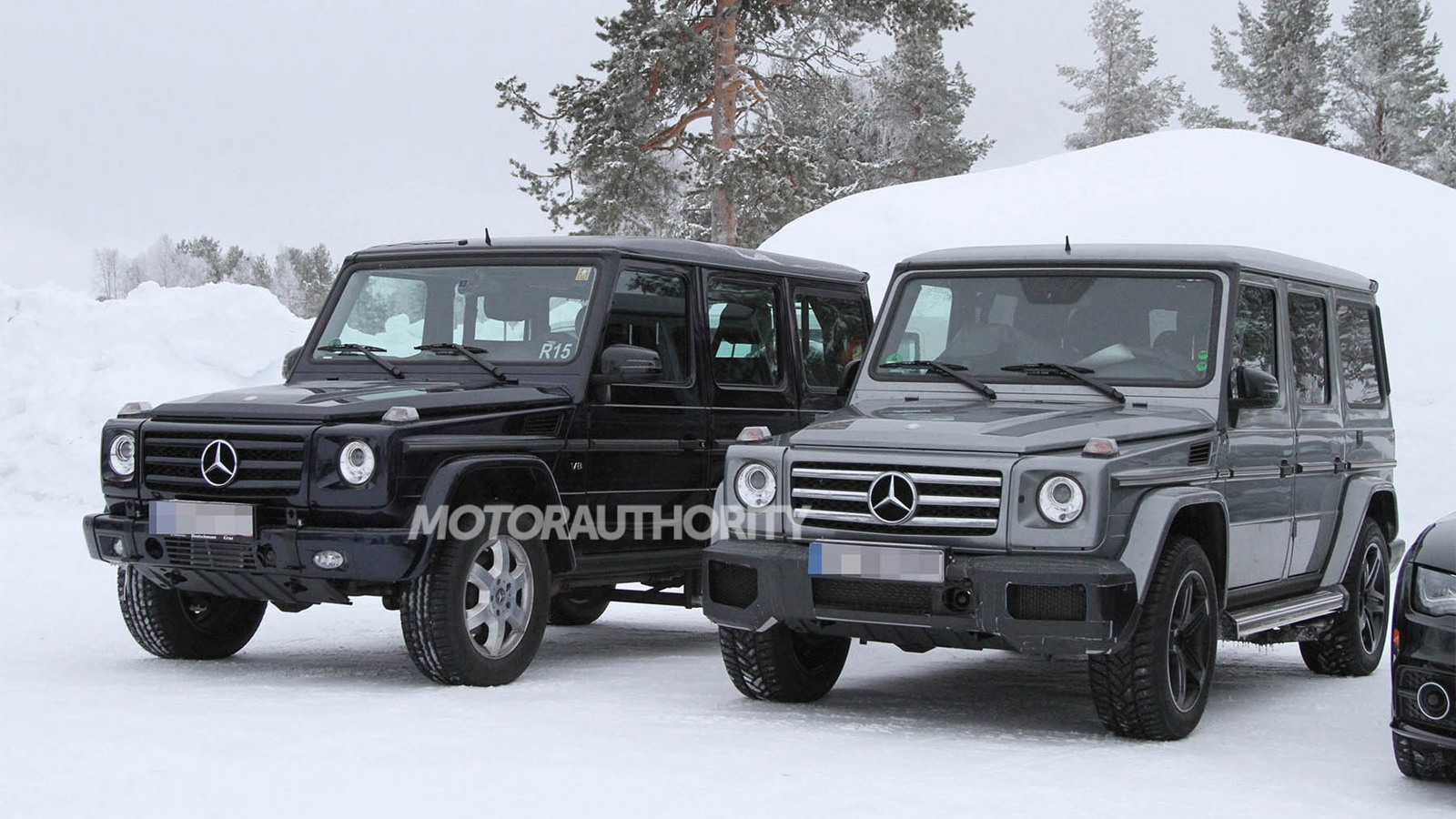 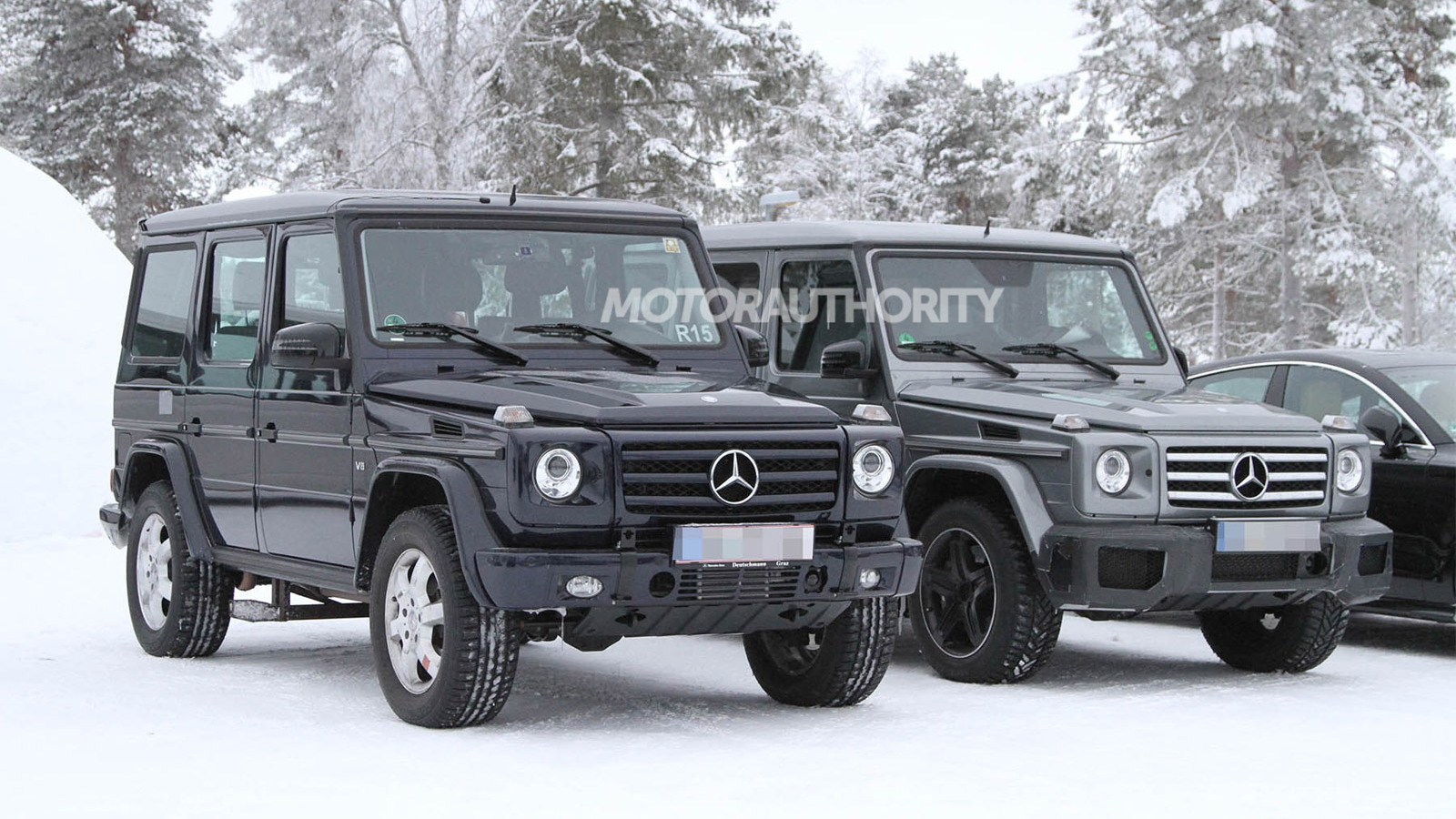 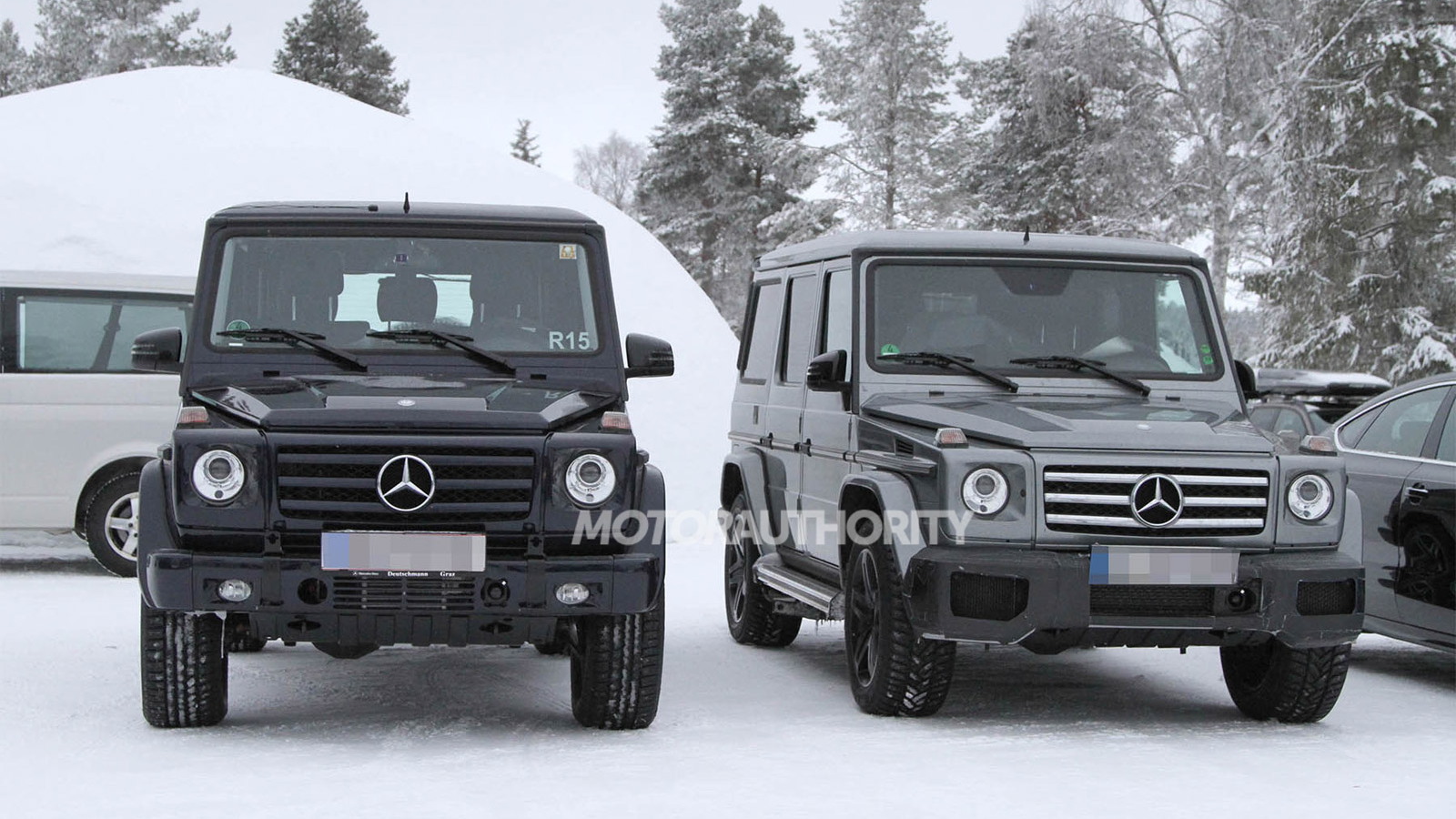 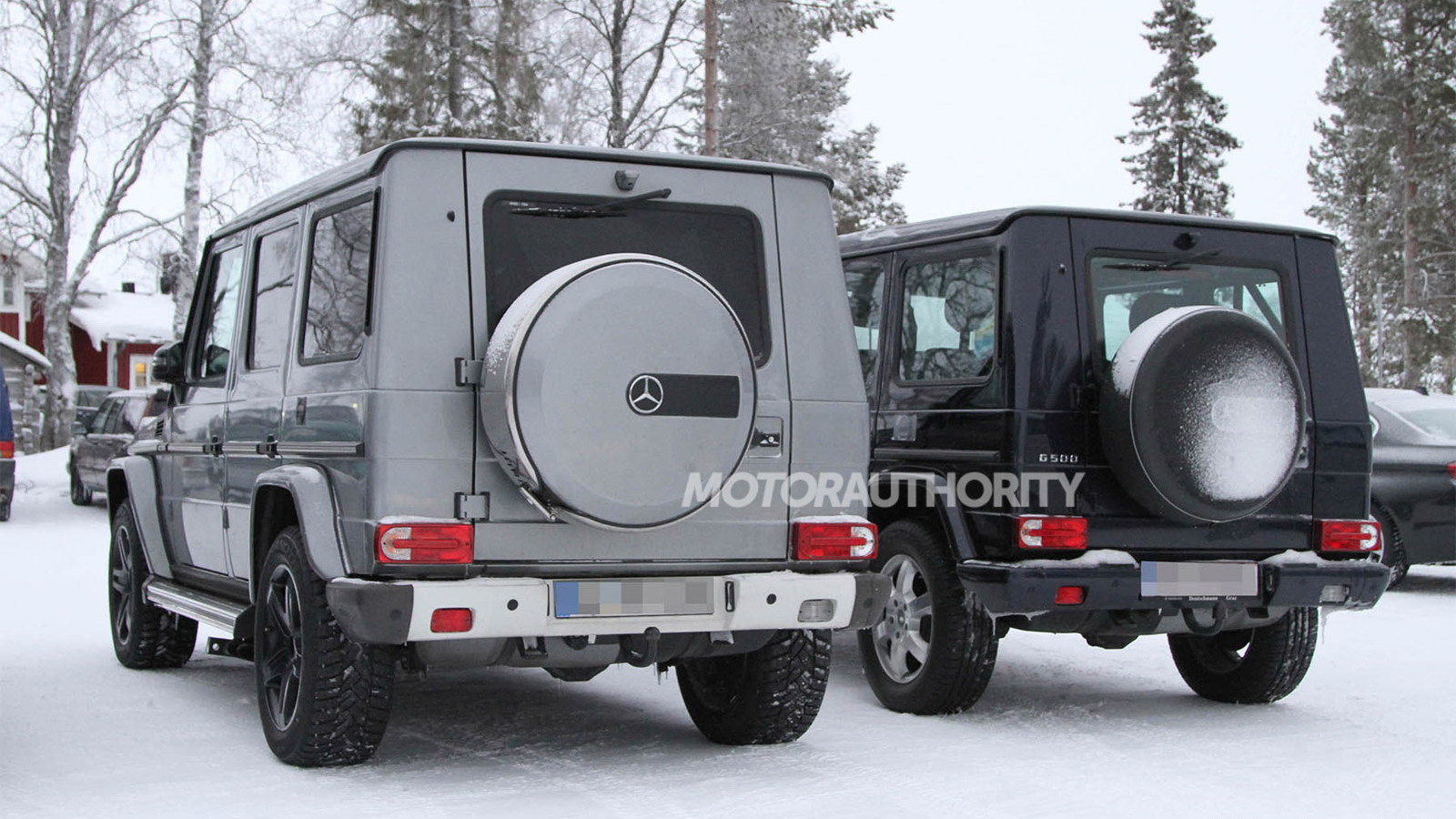 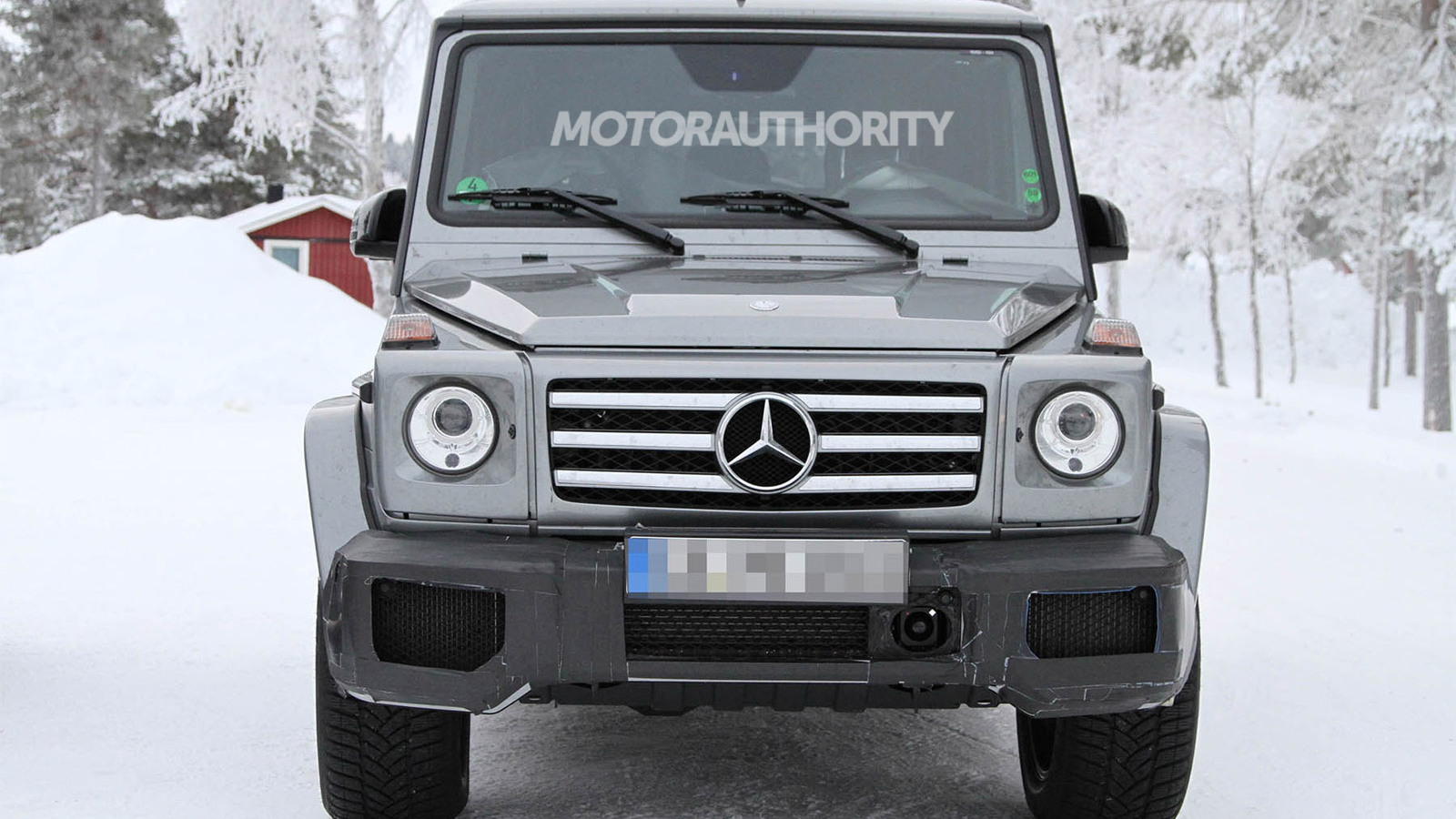 9
photos
Unlike the Land Rover Defender, which will gain a successor in the form of a production version of the recent DC100 concept vehicles, the equally-utilitarian Mercedes-Benz G Glass is soon to meet its demise.

To celebrate its life, Mercedes unveiled the Final Edition and Edition Select models for the European market last year, but perhaps the German automaker is preparing a much bigger send out for its military-bred SUV.

Last summer we saw a mysterious G55 AMG prototype testing in the hot deserts of Southern California. The vehicle was wearing significantly bigger air intakes than usual up front, suggesting that engineers were testing a new engine under its hood.

Now a second prototype, with the same enlarged intakes has been spotted undergoing cold weather testing near the Arctic, and this time there’s a regular G500 model (known as a G550 in the U.S.) beside it.

Our spy photographer confirmed that the the prototype sounded much louder than the regular G55 AMG, which was dropped for the 2012 model year, leading to speculation that the test vehicle has been fitted with the hand-built 6.2-liter V-8 found in numerous other AMG cars. In its most potent application, the SLS AMG supercar, the engine produces 563 horsepower and 479 pound-feet of torque.

You’ll note this engine is also in the process of being phased out, with AMG's latest twin-turbocharged 5.5-liter V-8 set to take over its role. Perhaps AMG engineers are planning a send out for both the G Class and their legendary V-8.

Of course, it could also be an insane G65 AMG V-12 beast that we reported on earlier.

Only time will tell.