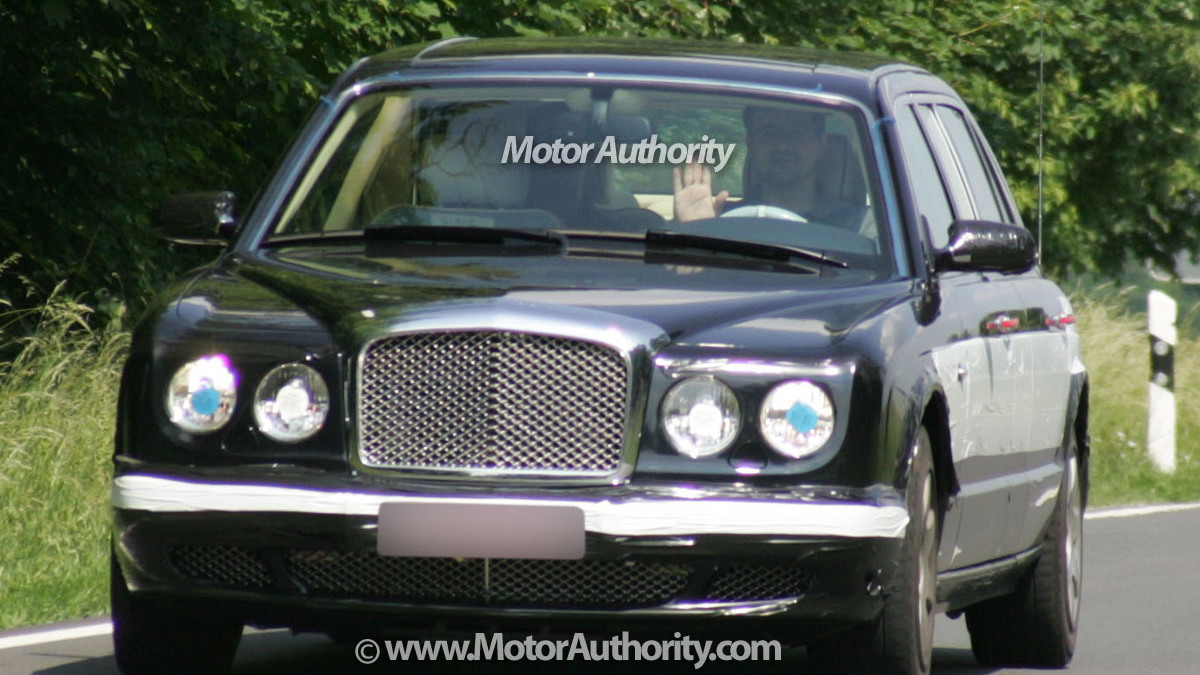 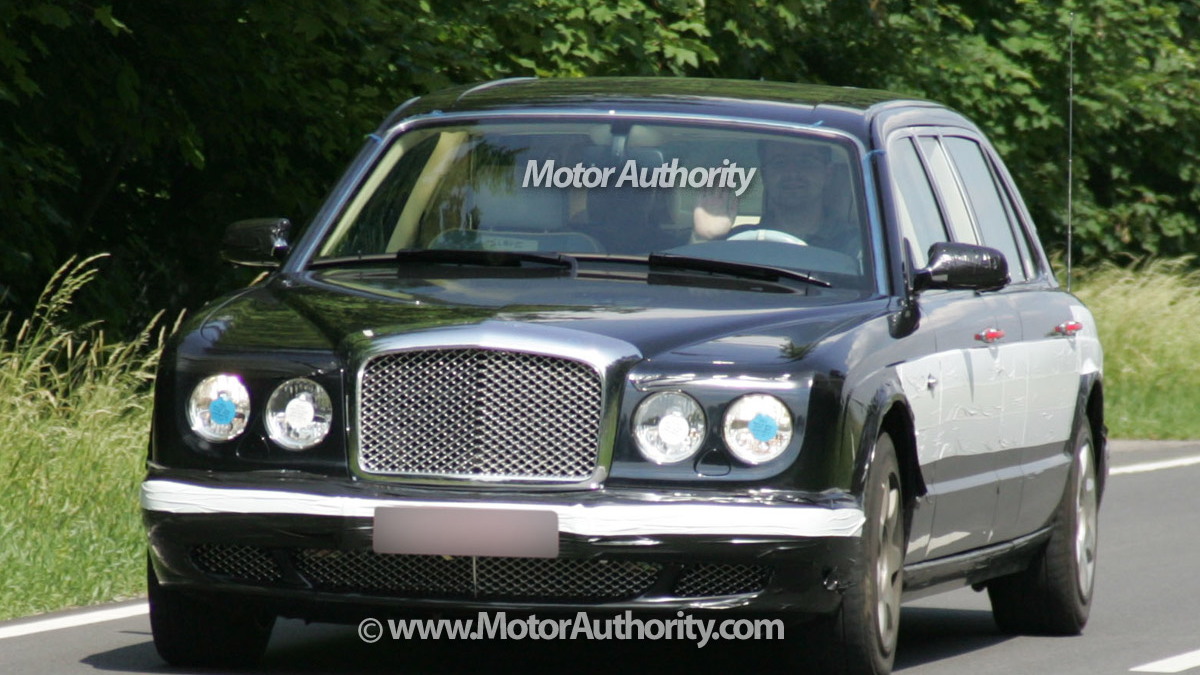 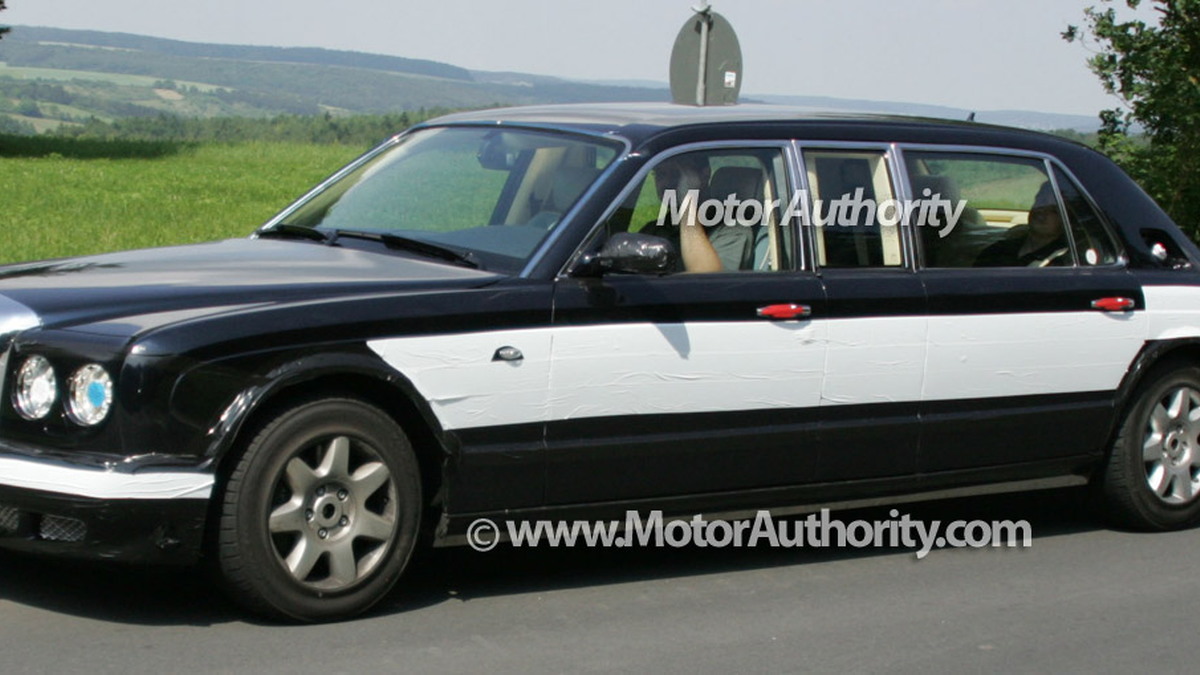 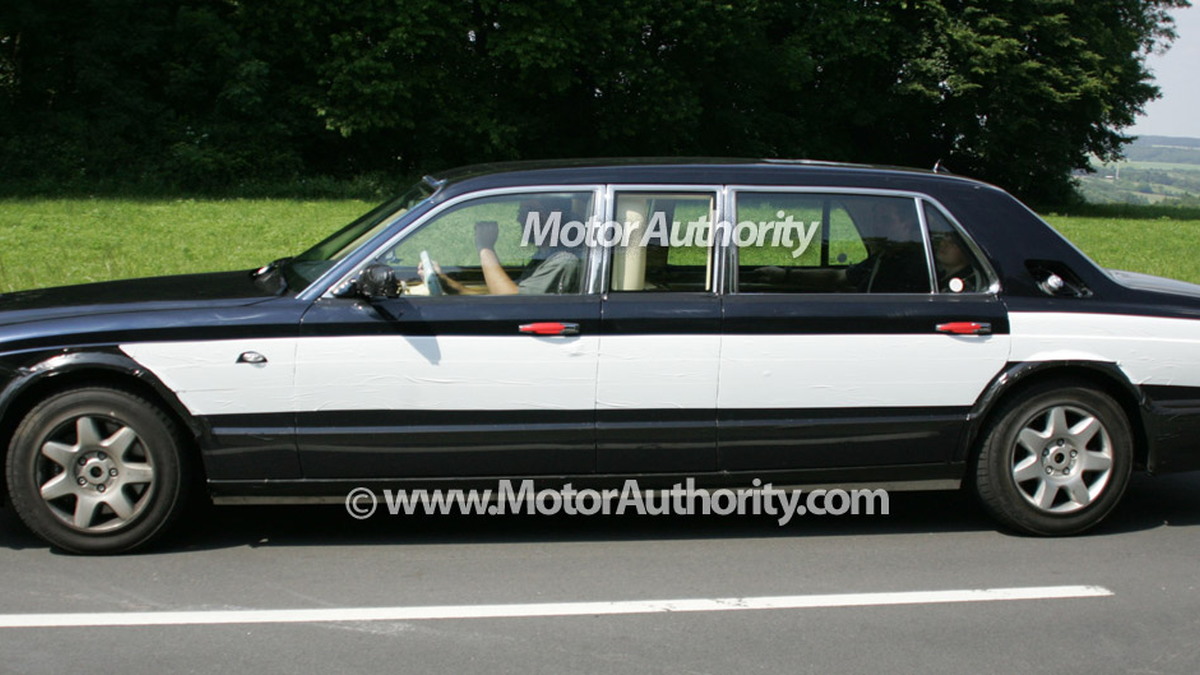 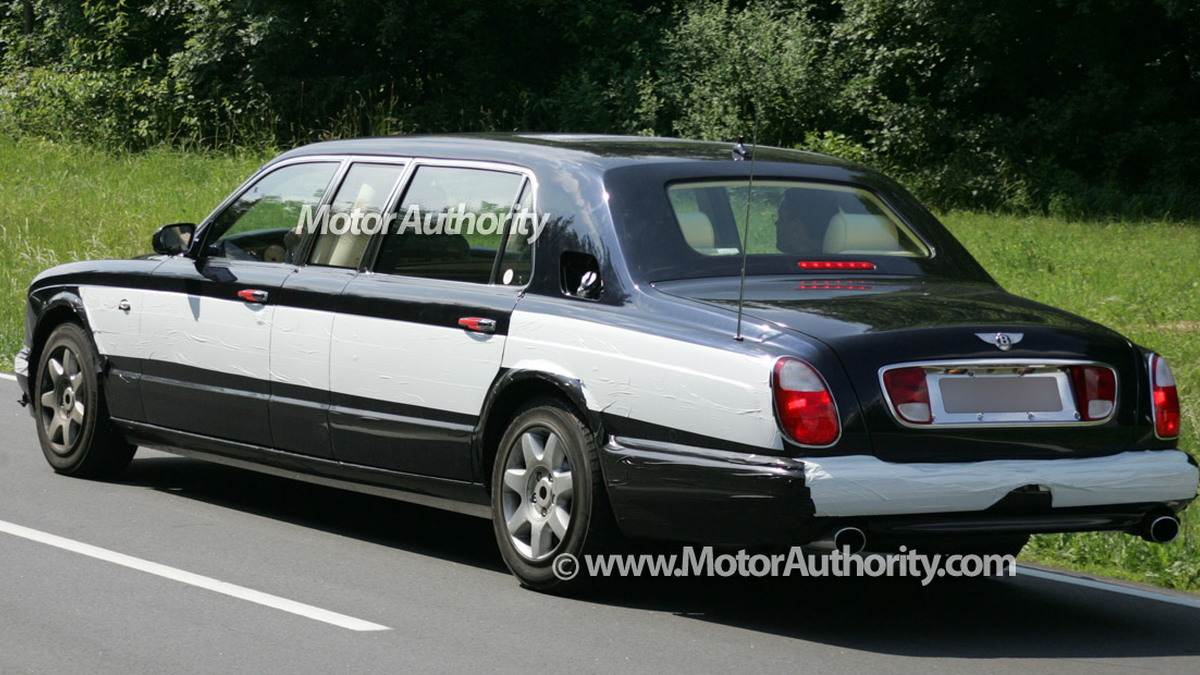 The past year's sales and profits have set record benchmarks at Bentley thanks to the success of its Continental GT and Flying Spur. A few kinks in the production process recently led to the recall of 13,000 cars for a possible fuel-line leak, but that hasn't slowed progress on the new 2011 Arnage, already spotted testing once in late April. The skunk-striped monolith in the photos is believed to be the LWB variant of that car, despite its awkward proportions.

Drawing much of its innards from a revamped and reconfigured Audi modular platform, the Arnage will be powered by a bespoke RWD drivetrain. The engine is as yet undetermined, but rumors of V10 and V12 powerplants are circulating. A seven-speed dual-clutch gearbox is almost a certainty, especially on the expected high-power Arnage T.

A diesel engine is possible for the new Bentley, but nothing seen so far has confirmed its existence. The spy shots reveal a car that is at least 18 inches longer than the standard Arnage, thanks to an extended B-pillar section and a longer rear passenger area. Other styling details remain the same.

Bentley needs the Arnage update to help it keep pace with its more up-to-date rivals like the Rolls-Royce Phantom and Maybach's saloons.