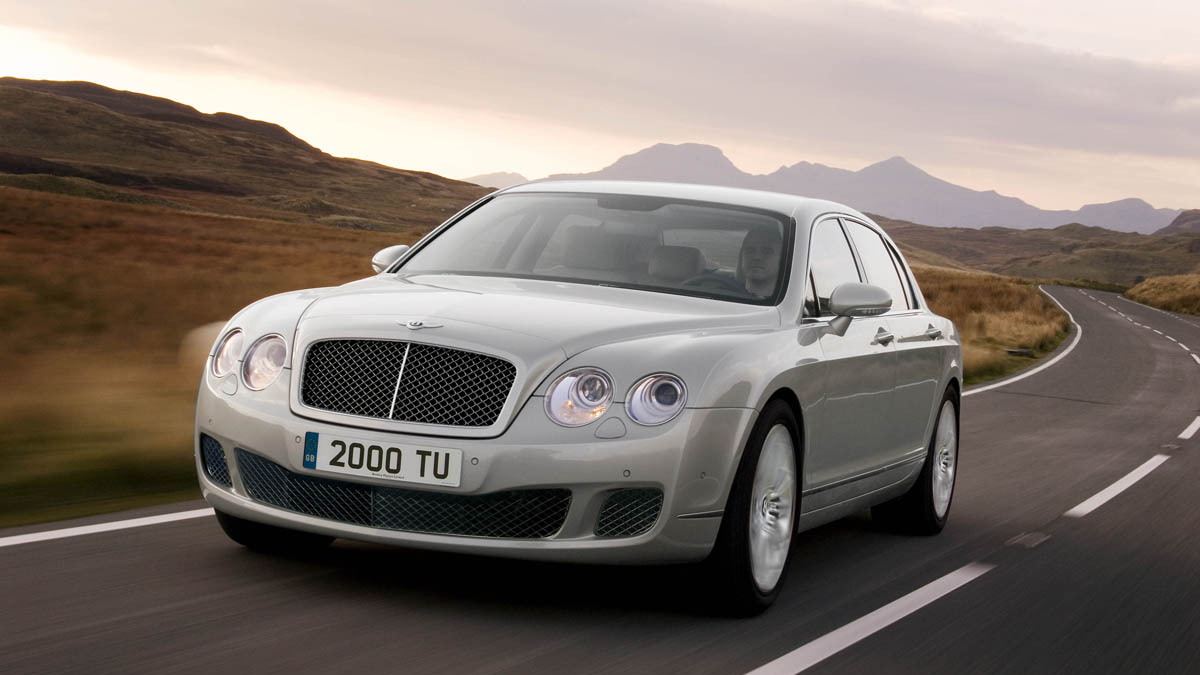 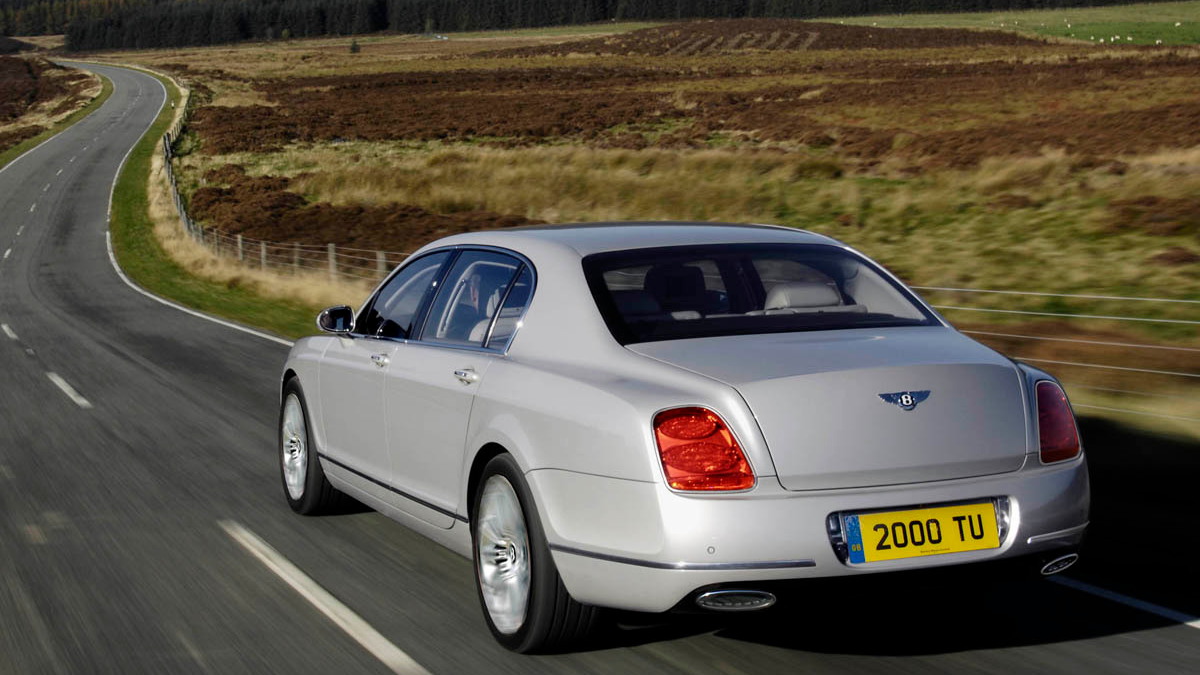 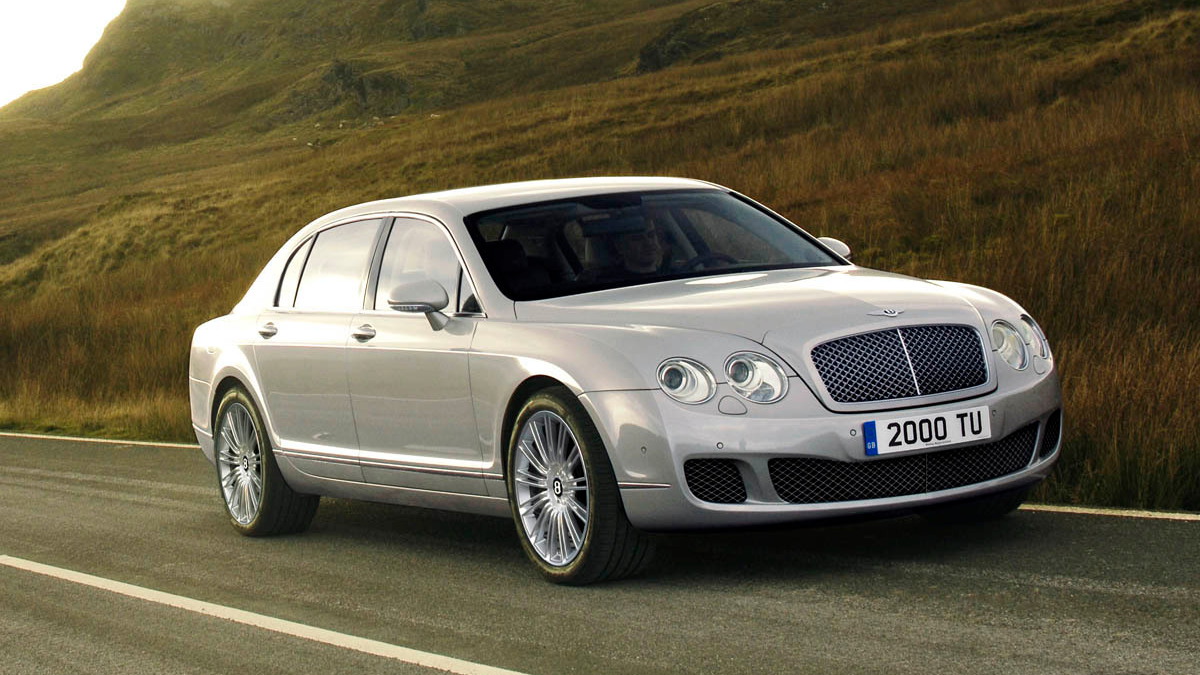 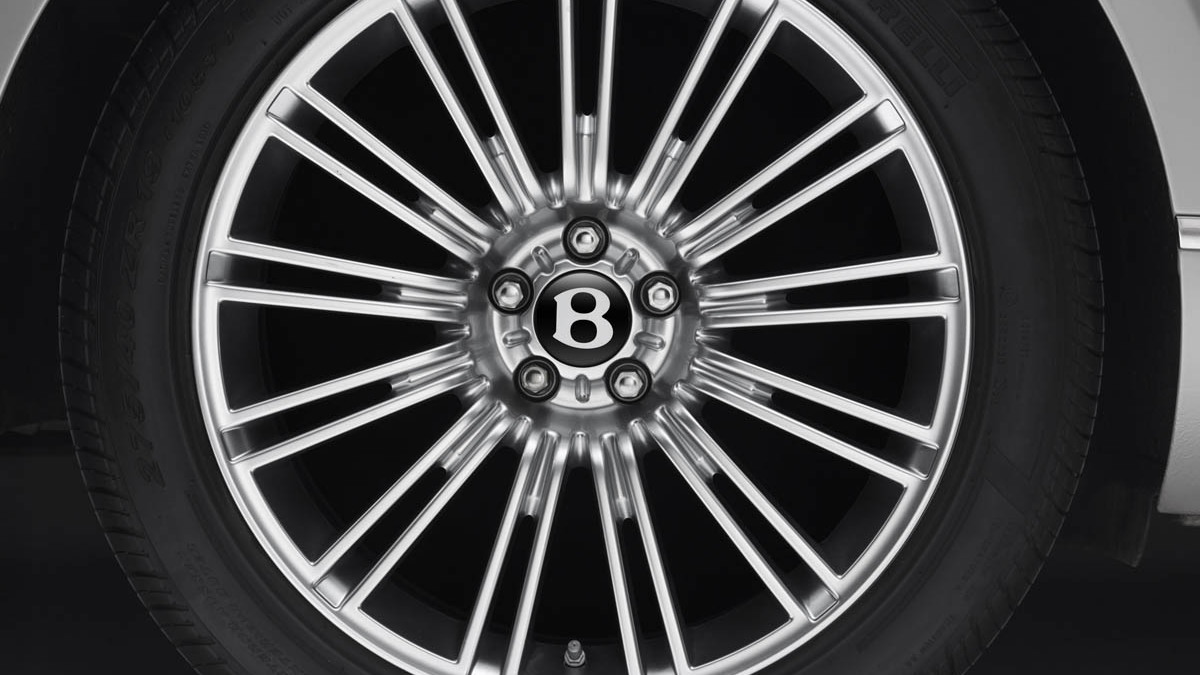 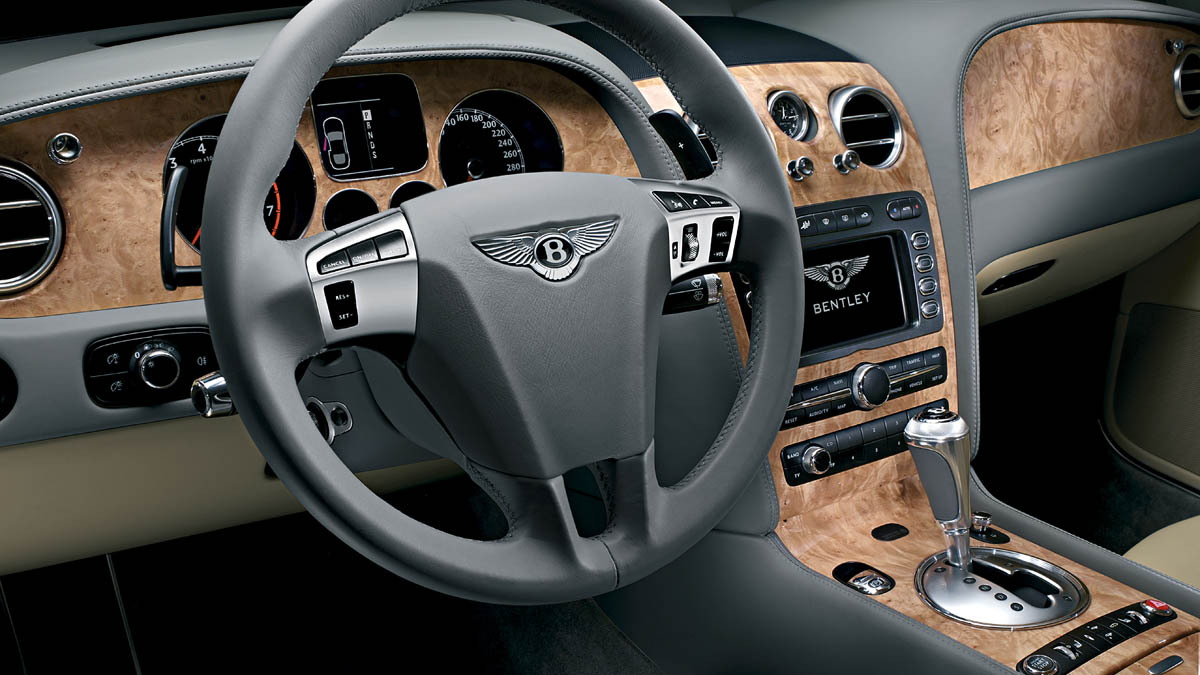 Key attributes of the Speed include a 0-60mph sprint time of 4.5 seconds and a top speed of 200mph. The car also features a lowered ride height, 20in wheels, and uprated suspension. The standard model also runs a twin-turbo 6.0L W12 and makes do with 'just' 552hp – enough to accelerate from 0-60mph in 4.9 seconds and reach a top speed of 195mph.

For the 2009 model year update, the Flying Spur undergoes several minor visual changes both front and rear, including a more upright grille and larger intakes. Engineers also focused on improving the comfort of the Flying Spur, adding a range of noise-absorbent measures including acoustic glazing and tri-laminate body undertrays and wheelarch liners.

The aluminum-intensive suspension of the Flying Spur features revised spring and dampers and new 19in Pirelli tires.

The Flying Spur is also now available with an adaptive cruise control system as well as a premium Naim audio system with a 1,100 Watt amplifier - the most powerful unit offered in a production car. In addition, seat piping is introduced on the Flying Spur together with two new hide colors.